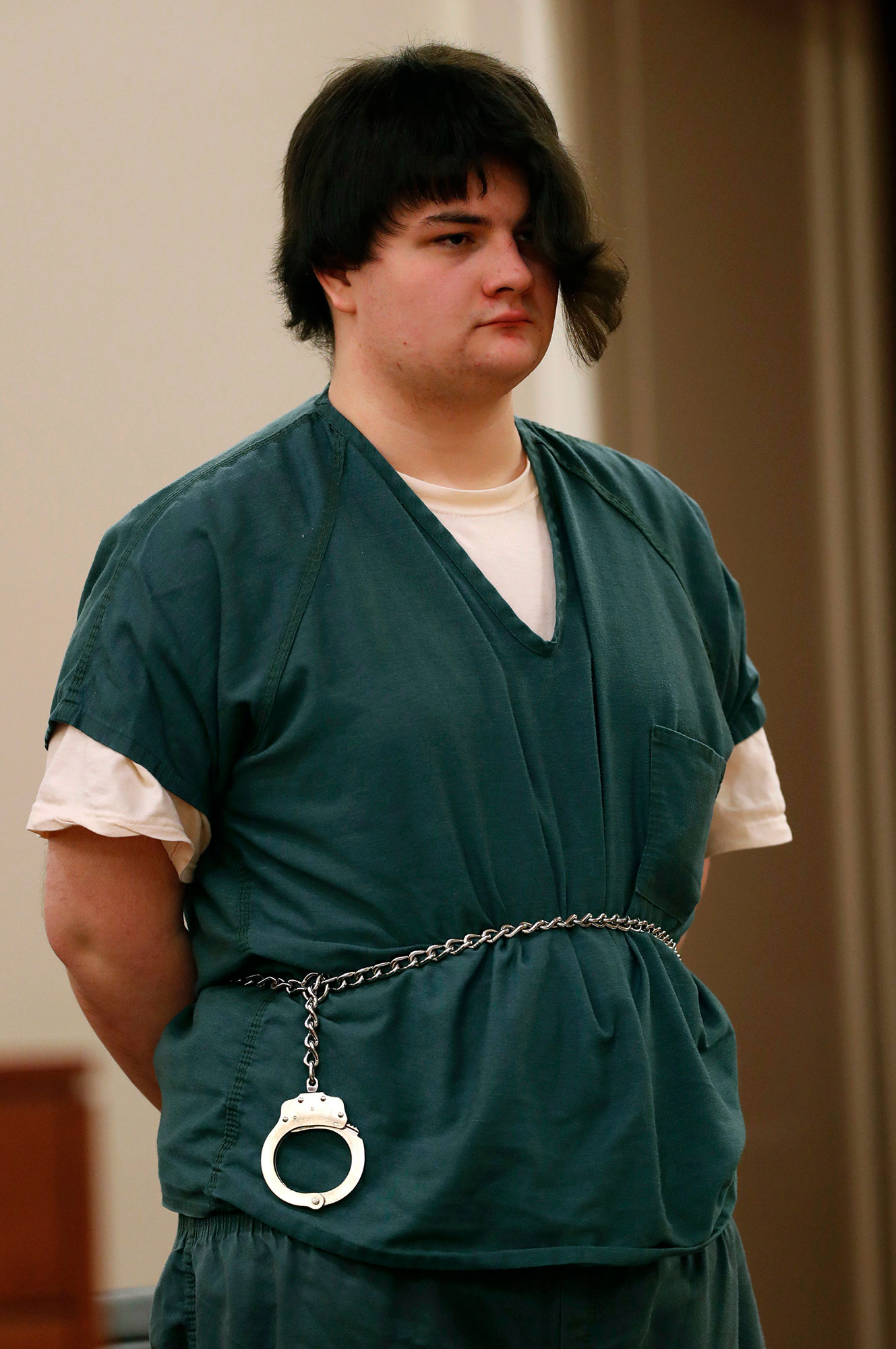 A Maine teen who believed her parents were intolerant of her transgender identity was sentenced Tuesday to 40 years in prison for their 2016 stabbing murders.

“I do not speak today to beg for lenience or to try to save myself from due punishment. I’m here only to ask for one thing, the forgiveness of my family,” said Andrea Balcer, who was 17 at the time of the attack at the family’s home in Winthrop, reports the Associated Press.

Court documents previously obtained by PEOPLE portrayed Balcer, now 20, as an academically gifted but socially isolated teen who had no prior criminal or disciplinary issues when she stabbed her parents, Antonio and Alice Balcer, both 47, along with the family’s Chihuahua, on Oct. 31, 2016.

The teen — identified as Andrew in those earlier court documents — summoned police to the family’s home around 1:30 a.m. that day, according to a judge’s order that granted the prosecutor’s request to try the teen as an adult.

That order says Balcer told a 911 dispatcher she had stabbed her parents about 30 minutes earlier and, when asked by the dispatcher if she was sure they were dead, responded: “Yeah, there’s no helping them.”

The teen said she “snapped” and stabbed her mother, Alice, in the back in Balcer’s bedroom, and that when Antonio Balcer awoke to his wife’s screams, the teen then “stabbed the f— out of him,” the documents state.

Autopsies revealed Antonio had 13 “major” stab wounds while Alice had been stabbed significantly nine times. Wounds on both were so severe they went through their chests and “out the other side.”

Balcer also told the dispatcher her older brother, who was in the home at the time, had run down the street after begging for his life and being spared.

When police arrived, Balcer — who was covered in her parents’ blood — surrendered without incident. Once detained in the back of the police cruiser, officers reported that Balcer broke into an opera song she’d heard performed by Luciano Pavarotti.

Police found the father, a retired member of the Coast Guard, dead on the kitchen floor. The mother’s body was found in the back bedroom. The family’s Chihuahua was also dead.

Balcer initially was charged with two counts of intentional or knowing murder, and one of aggravated cruelty to animals. On Tuesday she accepted responsibility and pleaded guilty under a negotiated agreement, according to the AP.

Balcer’s defense attorney Walter McKee alleges Balcer’s parents did not accept her gender identity, and that part of his defense “was Andrea’s position that what she did was in response to her parents’ rejection of her transgendered status.”

McKee says the judge, Daniel Billings, “specifically noted that the struggles of being a transgendered teen were very real and documented in the psychological evaluations,” but adds Billings “did not allow it to be considered an excuse for violent conduct.”

At the sentencing, Balcer’s brother Christopher dismissed the killer’s excuses as “flimsy,” the AP reports. “In my view, all leniency does is put a remorseless murderer back on the street,” he said.

Balcer’s uncle Carl Pierce — who is Alice Balcer’s brother — also challenged the idea that any perceived lack of support for Balcer’s gender identity factored in the murders. He called the claim an “insult to our family, an insult to our society and an insult to the LGBTQ community,” according to the AP.

Balcer’s defense attorney says there are no plans to appeal.