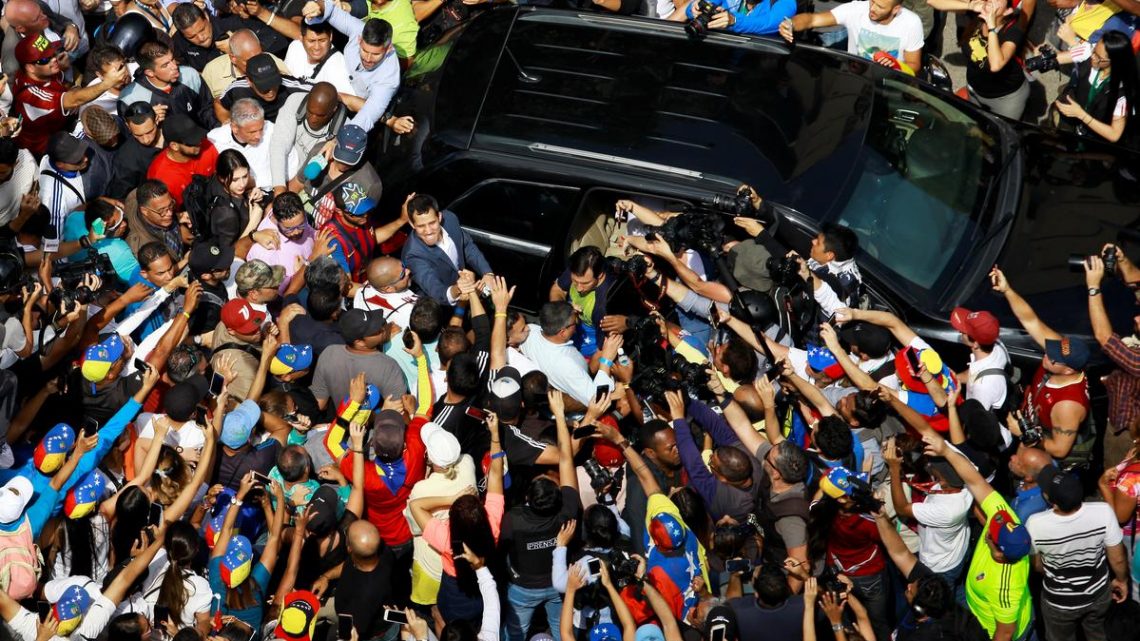 CARACAS (Reuters) – Venezuelan President Nicolas Maduro proposed early parliamentary elections on Saturday, seeking to shore up his crumbling rule after a senior general defected to the opposition and tens of thousands thronged the streets in protest at his government.

As domestic and international pressure on Maduro to step down mounts, a senior air force general disavowed him in a video that circulated earlier on Saturday, expressing his allegiance to parliament head and self-proclaimed interim president Juan Guaido.

The military’s support is crucial for Maduro, who is deeply unpopular, largely due to an unprecedented economic crisis that has prompted an exodus of millions. Maduro claims he is victim of a coup directed by the United States.

In a speech to supporters, Maduro said the powerful government-controlled Constituent Assembly would debate calling early elections for the National Assembly parliament, which is opposition-controlled.

Guaido has called for a new, fair presidential election after the disputed vote won by Maduro last year.

“There is no dictatorship in Venezuela, nor will there be,” said Maduro.

Washington, along with many countries in the western hemisphere, has denounced Maduro as a dictator and recognized Guaido as the legitimate president, announcing this week potentially crippling sanctions that are likely to further weaken the OPEC nation’s struggling oil industry.

While small rebellions against Maduro have broken out in Venezuela’s armed forces in recent months, there has been no large scale military uprising against him.

However, General Francisco Yanez of the air force’s high command became the first active Venezuelan general to recognize Guaido since he proclaimed himself president on Jan. 23. Venezuela’s chief military attache to the United States also said he was defecting last week.

“Already the transition to democracy is imminent.”

At an opposition rally in Caracas, Guaido told his supporters he expected more to follow Yanez’s example. He has offered the military and public officials amnesty if they defect.

“I am certain many officials and soldiers will repeat this gesture, very soon, very soon,” he said.

The rally was one of many nationwide on Saturday, where demonstrators decked out in the yellow, red and blue of the Venezuelan flag honked horns, pounded on drums and chanted “Guaido, Guaido, Guaido.” 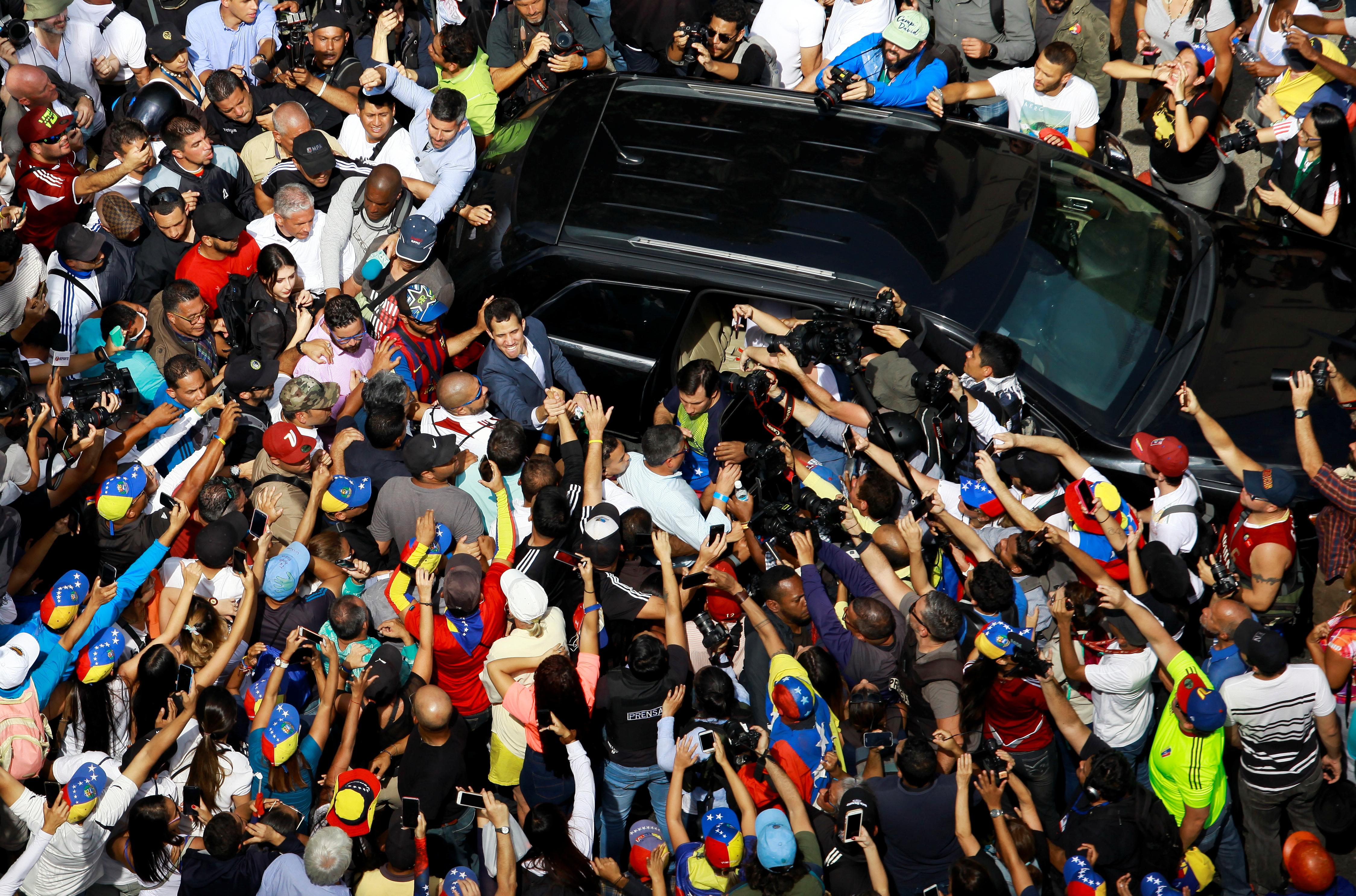 “It’s been years of destruction of companies and poverty,” said Pedro Gimenez, 51, a worker in an aluminum factory in the southern state of Bolivar. “We want a better present and future and we are about to achieve that.”

In a possible sign of Maduro’s weakening support, riot police who had planned on blocking demonstrators from reaching the rallies decided to let them pass in at least three cities, according to Guaido and Reuters witnesses.

Humanitarian aid would soon flow into crisis-stricken Venezuela from collection points in Brazil, Colombia and a Caribbean island, Guaido said, without specifying who was providing the aid.

On Friday, U.S. Secretary of State Mike Pompeo said that the United States stood “ready to provide assistance to the people of Venezuela.”

Guaido said the opposition would not let up on protests until Maduro stepped down and allowed free elections. The self-declared president has no control over state institutions or any functions of day-to-day governance.

As well as the United States, Canada and several Latin American nations have already officially recognized Guaido. Some European Union member states are expected to officially recognize Guaido next week, while others will likely take a more cautious stance of support.

“(U.S. President Donald) Trump is imposing measures because he is the dictator of the world and thinks we are his slaves,” said Gregory Carrasquel, 35, at the pro-government rally in Caracas, attended by many public sector workers wearing the trademark red socialist shirts. 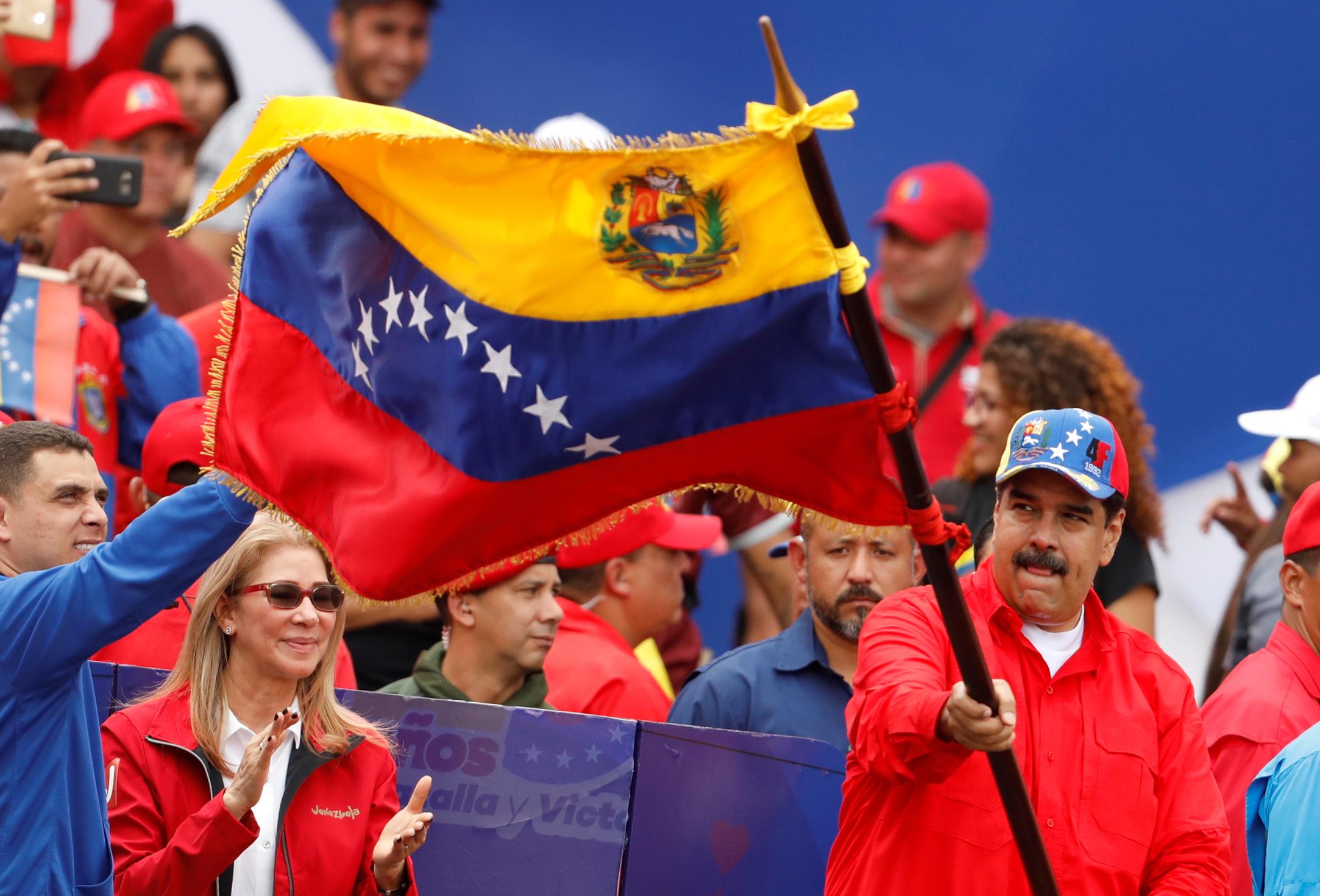 “For us Venezuelans, there is only one president – President Nicolas Maduro.”

Maduro’s adversaries say he has run roughshod over democratic institutions and destroyed the once-buoyant economy through a corruption-riddled exchange control system and arbitrary nationalizations.

Venezuela is suffering from hyperinflation, produce shortages and a mass migration of citizens to neighboring Latin American countries – a situation likely to be worsened in the short term by the new sanctions.

Kate Beckinsale And Pete Davidson Really Are A Thing