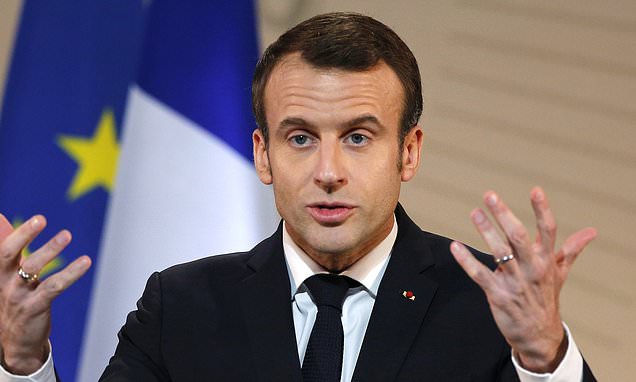 Macron considers calling a Yellow Vest referendum in May

Macron considers Yellow Vest REFERENDUM: Voters would be asked if they wanted fewer politicians who could only serve a set number of terms

French President Emmanuel Macron is considering organising a referendum as part of his response to the ‘yellow vest’ protests, a report said today.

If the vote goes ahead in May, it would be the first referendum in France in 14 years.

The newspaper Journal Du Dimanche reported that Macron is preparing to call the vote on the same day as the European Parliament elections on May 26. 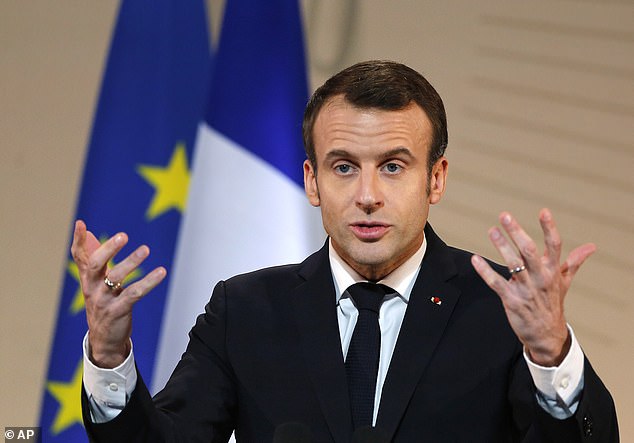 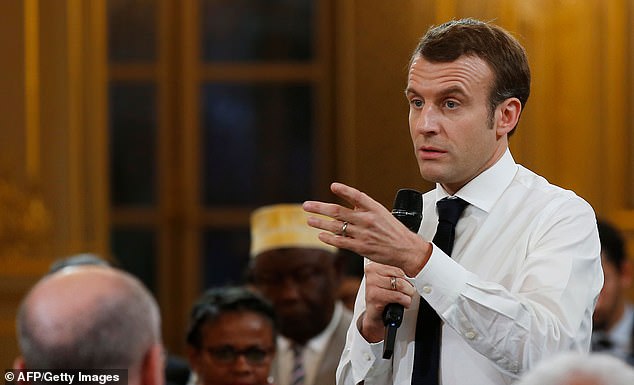 Voters would be asked if they wanted to reduce the number of politicians, a campaign pledge by Mr Macron.

They would also be asked whether they favoured imposing a limit on the number of terms lawmakers can serve in a bid to prevent career politicians staying in power.

Nathalie Loiseau, European Affairs Minister, told French media:  ‘The president of the Republic doesn’t exclude anything, but has not yet taken a decision.’ 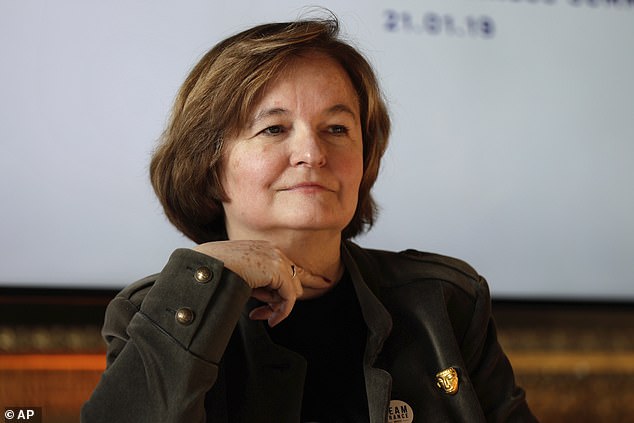 Nathalie Loiseau, European Affairs Minister, said it is ‘premature’ to talk about a referendum as the debate is currently under way

Last week, reporters asked Mr Macron whether he was planning to call a referendum.

‘It’s one of the things on the table,’ he said on Thursday.

The French President has recently faced the biggest challenge of his 20-month presidency in recent months after violent protests over fuel prices and living standards started in November 2018.

The demonstrators, named ‘yellow vests’ after the luminous safety jackets motorists have to keep in their cars, have protested in the main French cities every weekend in the past few months. 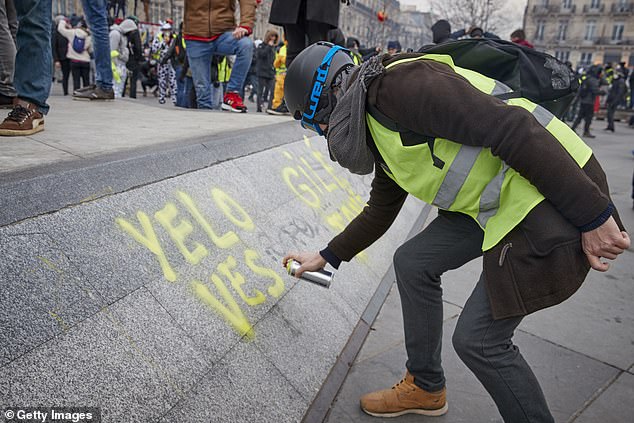 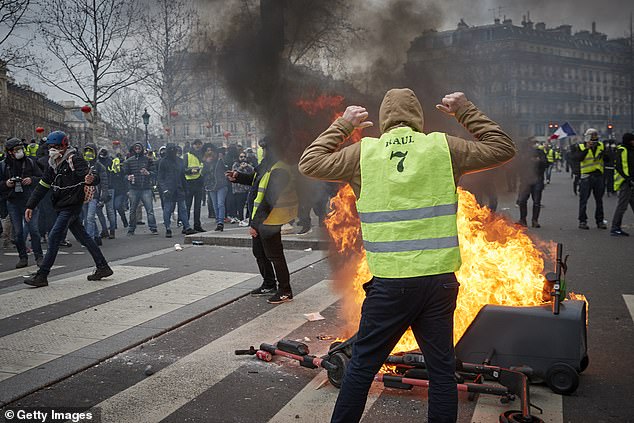 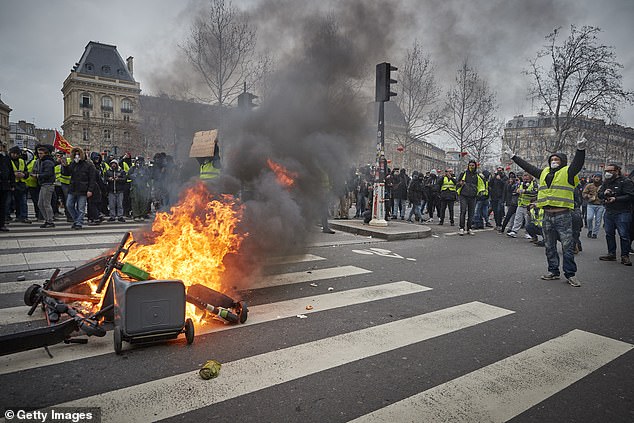 Since the demonstrations started in November, about 1700 people have been injured 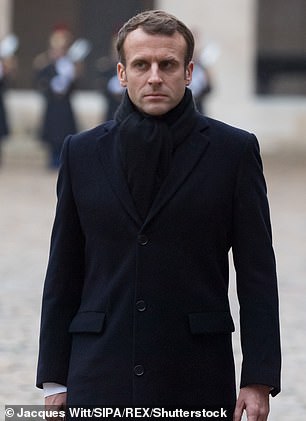 Back in December, Macron announced a package of measures for low-income families, including a rise in the minimum wage and some tax cuts

In December, Macron announced a package of measures for low-income families, including a hike in the minimum wage and other tax cuts.

He then organised a series of meetings across the country to discuss the government’s policy choices and challenges.

The referendum is seen as a possible final act to conclude the debate, which could also serve as a response to the demands from ‘yellow vests’ for more direct democracy.

Ms Loiseau said it is ‘premature’ to talk about a referendum while the debate is under way.

The discussion began on January 15 and is set to run for two months.

French president are able to call referendums, but the power has been used only nine times since the fifth republic started in 1958.

In 2005, President Jacques Chirac lost a referendum on a new European constitution. 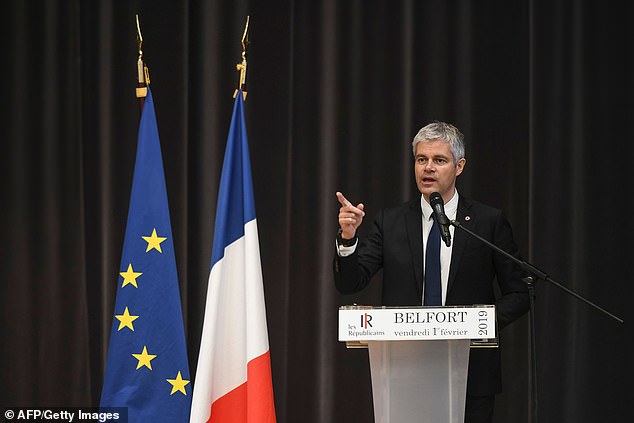 Laurent Wauquiez, leader of the Republicans party, said Macron is ‘taking a great risk’ if the referendum is only about institutional questions about the parliament

Laurent Wauquiez, leader of the opposition Republicans party, said Macron is taking a risk if the referendum is only about institutional questions about the parliament.

‘Of course it’s an important issue, but if it’s the only issue that we propose to the people at the end, then the President is taking a great risk,’ he said.

Far-right leader Marine Le Pen claimed Macron is trying to distract voters from the European elections, which her National Rally party is seeking to win. 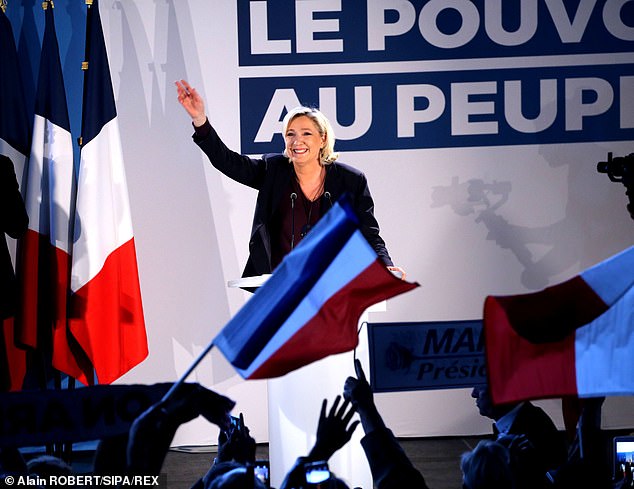 Marine Le Pen, President of the National Rally, said Macron is trying to distract voters from the European elections, which her party is seeking to win

‘In reality, all of this was decided from the beginning,’ Le Pen told BFM television.

‘Even before launching the great debate he had already decided to propose a referendum on the same day as the European elections to distract attention from European issues,’ she added.

Macron’s pro-European Republic party is neck-and-neck with the National Rally, according to recent polls.

Will Brian McFadden be eliminated from Dancing On Ice this week, how did he injure his shoulder and who is he dating?