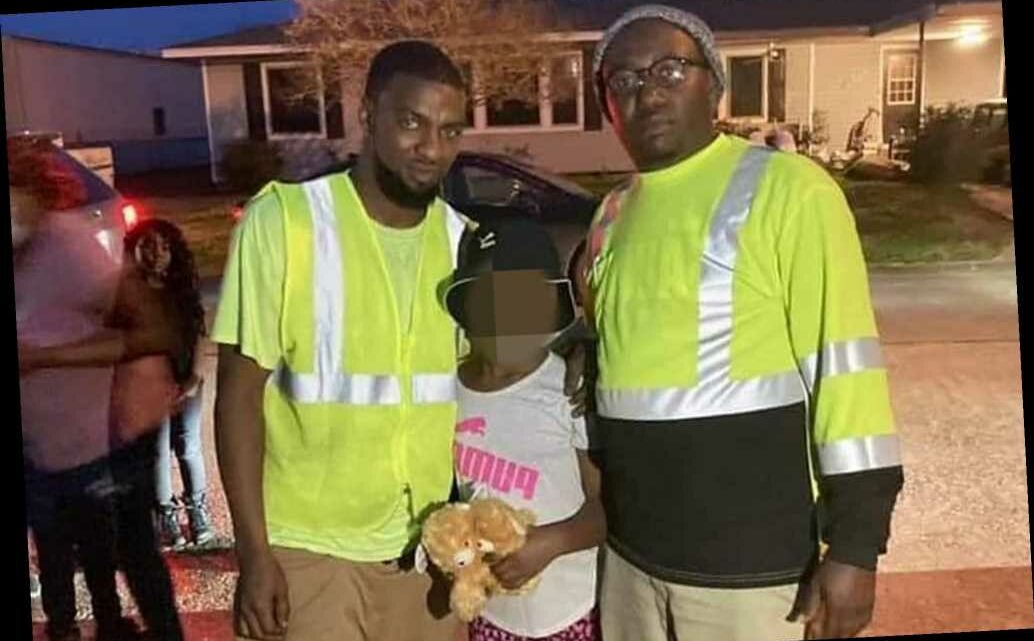 Children kidnapped in car while dad delivered for DoorDash

Dion Merrick and Brandon Antoine were working their route Monday when they spotted the grey 2012 Nissa Altima mentioned in an Amber Alert the day before on the abduction of little Jalisa Lasalle, NewsRadio KFBK reported.

The two trash haulers did more than call cops when they saw the car — they used their garbage truck to block it in until police showed up and rescued Jalisa, leading to the bust of registered sex offender Michael Sereal.

“I just thank God for letting me see and realize that car,” Merrick told WGNO-TV. “They got the guy. The little girl was on the back seat safe. That God she was alive and everything.”

New Iberia police issued the Amber Alert shortly after Jalisa disappeared from a relative’s home Sunday, when she was seen getting into the Nissan on Fulton Street.

Cops then issued an arrest warrant for Sereal, an acquaintance of a relative of the girl.

Merrick and Antoine told police they grew suspicious when they saw the car parked in a field, and recognized the description from the Amber Alert.

“JALISA FOUND SAFE!!!” New Iberia police posted on Facebook. “Sereal was taken into custody by St. Martin Parish Deputies and then transferred to the custody of the New Iberia Police Department where is is being arrested for aggravated kidnapping.”

The two heroes’ boss had nothing but praise for the two sanitaiton workers.

“We couldn’t be prouder of Dion and Brandon,” Roddie Matherne, CEO of Pelican Waste & Debris, where the two worked, said in a statement.

“They often respond in other ways while on the road,” Matherne said. “This was an exceptional thing that may very well have saved that little girl’s (life).”

Police said the girl was examined by medical personnel but did not release details of the girl’s condition.