ONE PERSON is dead as the Coast Guard continues a desperate search for 12 missing people after a 129ft commercial boat capsized off the coast of Louisiana on Tuesday.

The commercial lift boat capsized at about eight miles south of Port Fourchon, with Coast Guard rescue crews searching thousands of miles for the missing people. 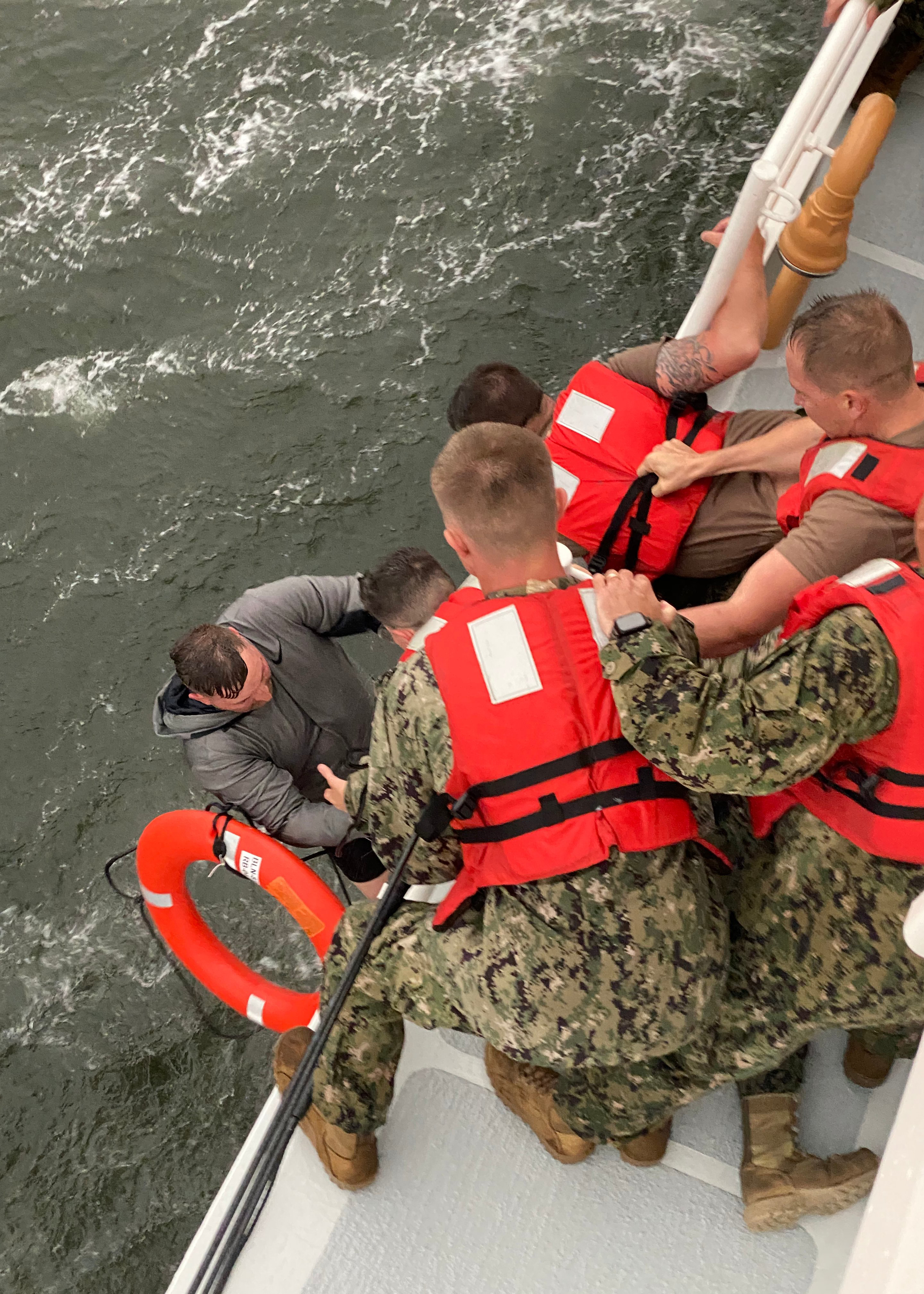 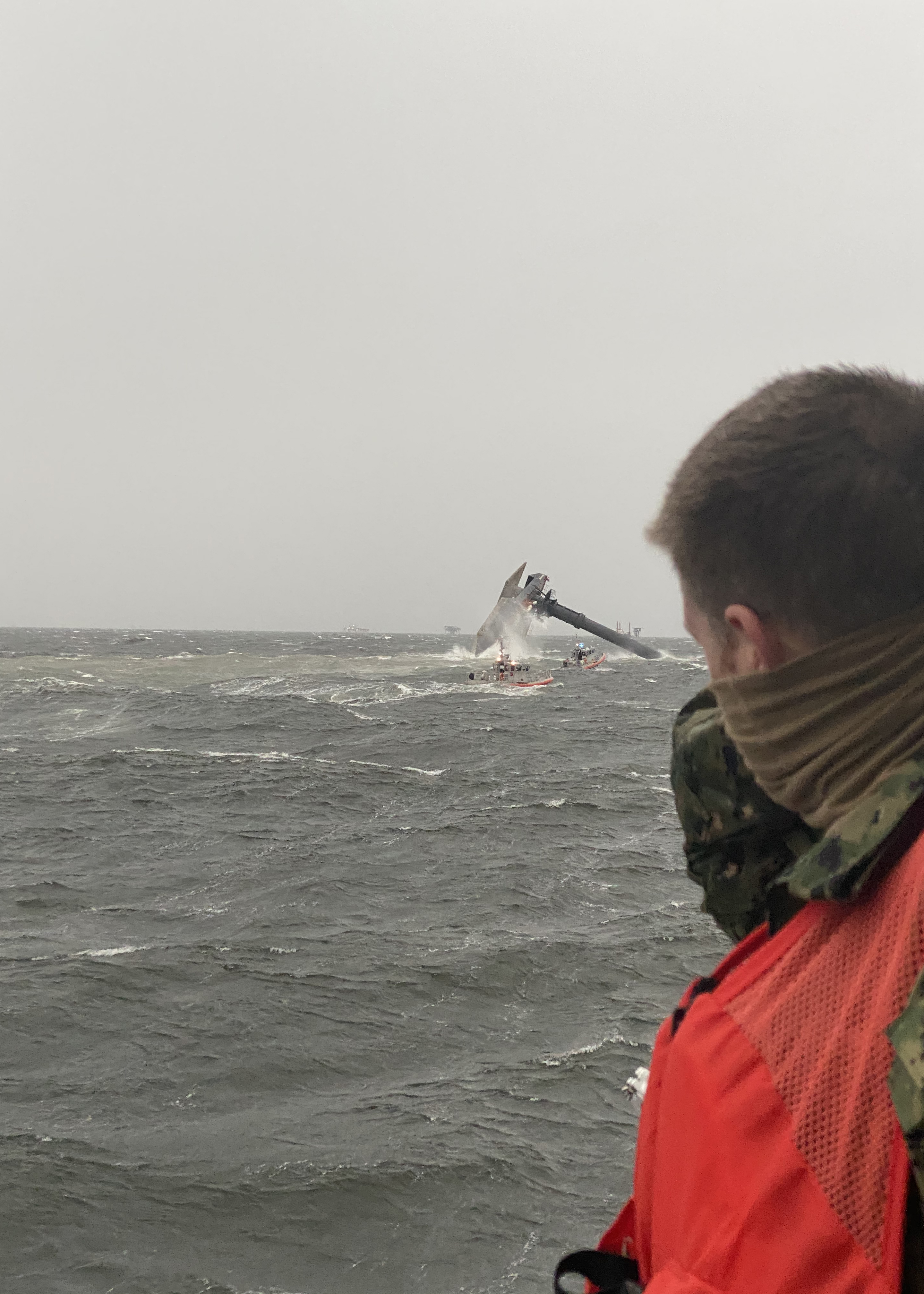 "Coast Guard rescue crews have searched more than 1,440 square miles, which is an area larger than the state of Rhode Island, during a combined search period of nearly 40-hours," said the agency in a press release.

"Our rescue crews have been diligently continuing the search and rescue efforts for the missing people from the capsized vessel," said Captain Will Watson, commander of Coast Guard Sector New Orleans.

"When it comes to search and rescue, each case is dynamic and no single case is the same as the next," he continued. "Anytime our Coast Guard crews head out for search and rescue, it is always our hope to safely bring those people back and reunite them with their friends and families."

Watson added he was unsure why the boat was on the water on Tuesday, saying it left Port Fourchon at about 1:30PM and was heading to Main Pass, about 28 miles east of the port. 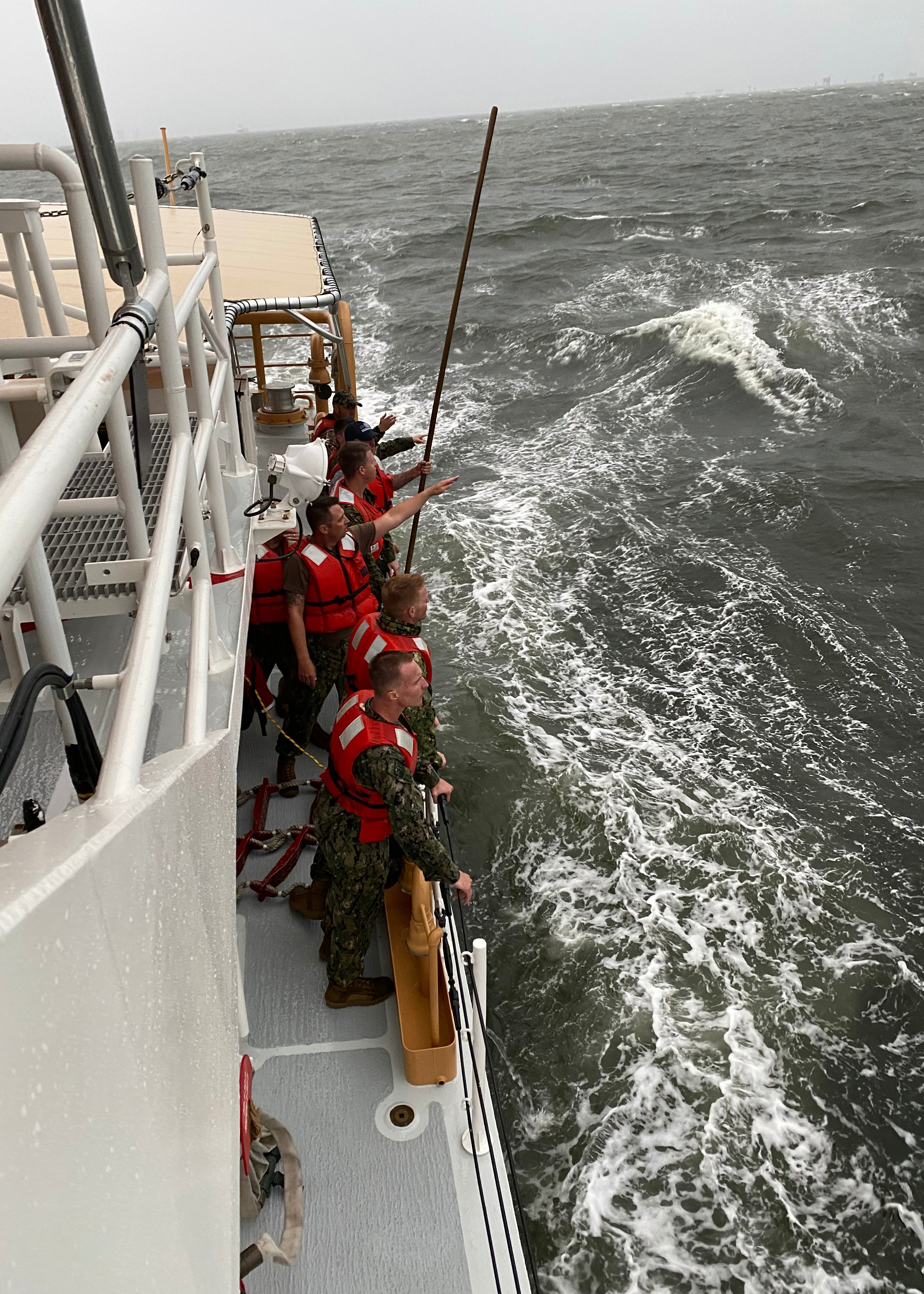 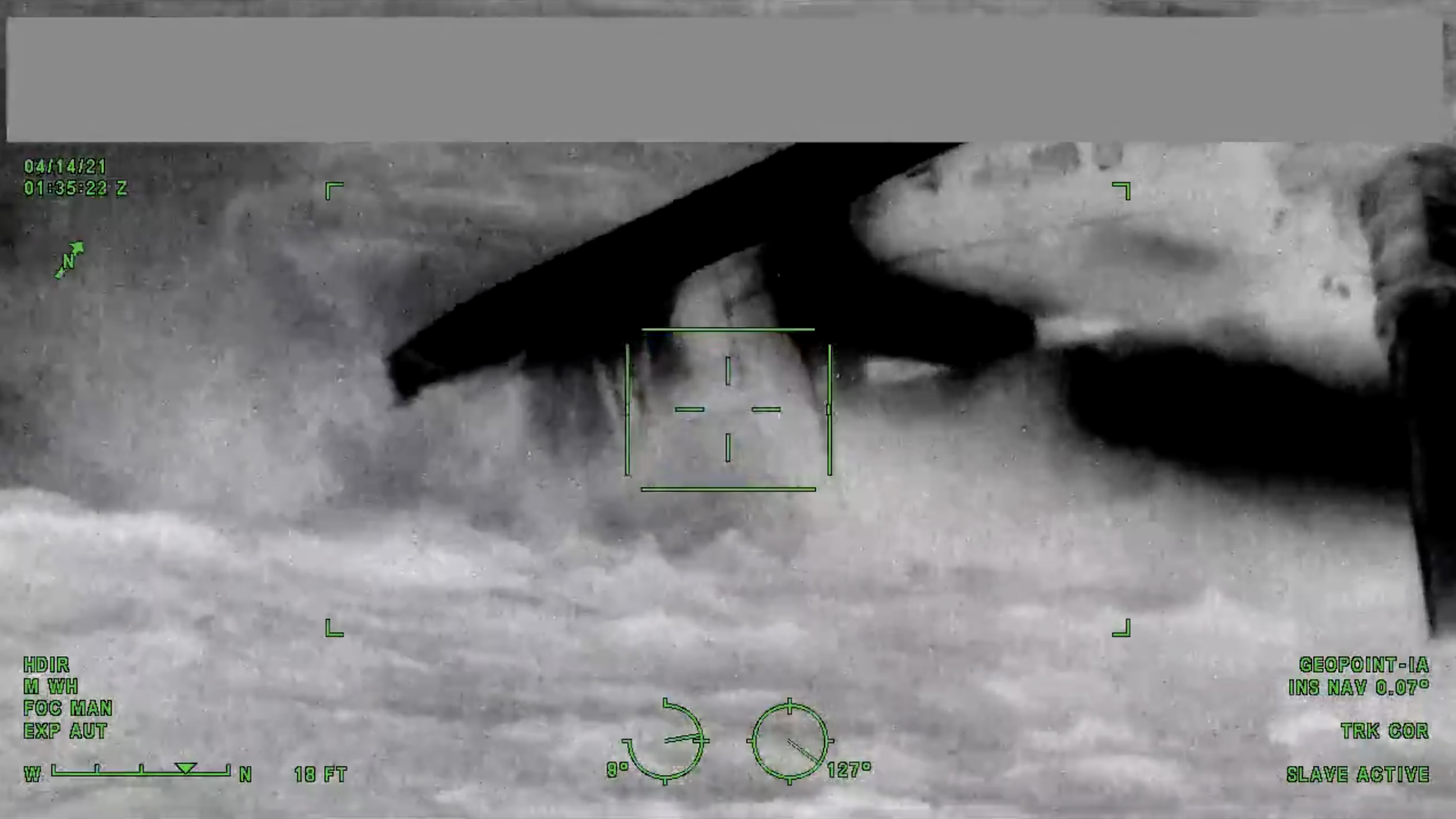 When crews from his agency arrived, Watson said they faced seven- to nine-foot tall waves, and winds of 80 to 90MPH.

Still, he holds high hope for finding the survivors.

"We’re giving it all we have," Watson said. "You can’t do this work if you’re not optimistic."

Joining the collaborative search efforts of the Coast Guard and local volunteers include airplanes and helicopter crews surveilling for people up above the rocky waters.

The boat was carrying 19 people when it capsized in the Gulf of Mexico during heavy storms.

The dangerous type of storm – a localized column of sinking air within a thunderstorm – may have hit the boat and caused it to sink, Lally said. 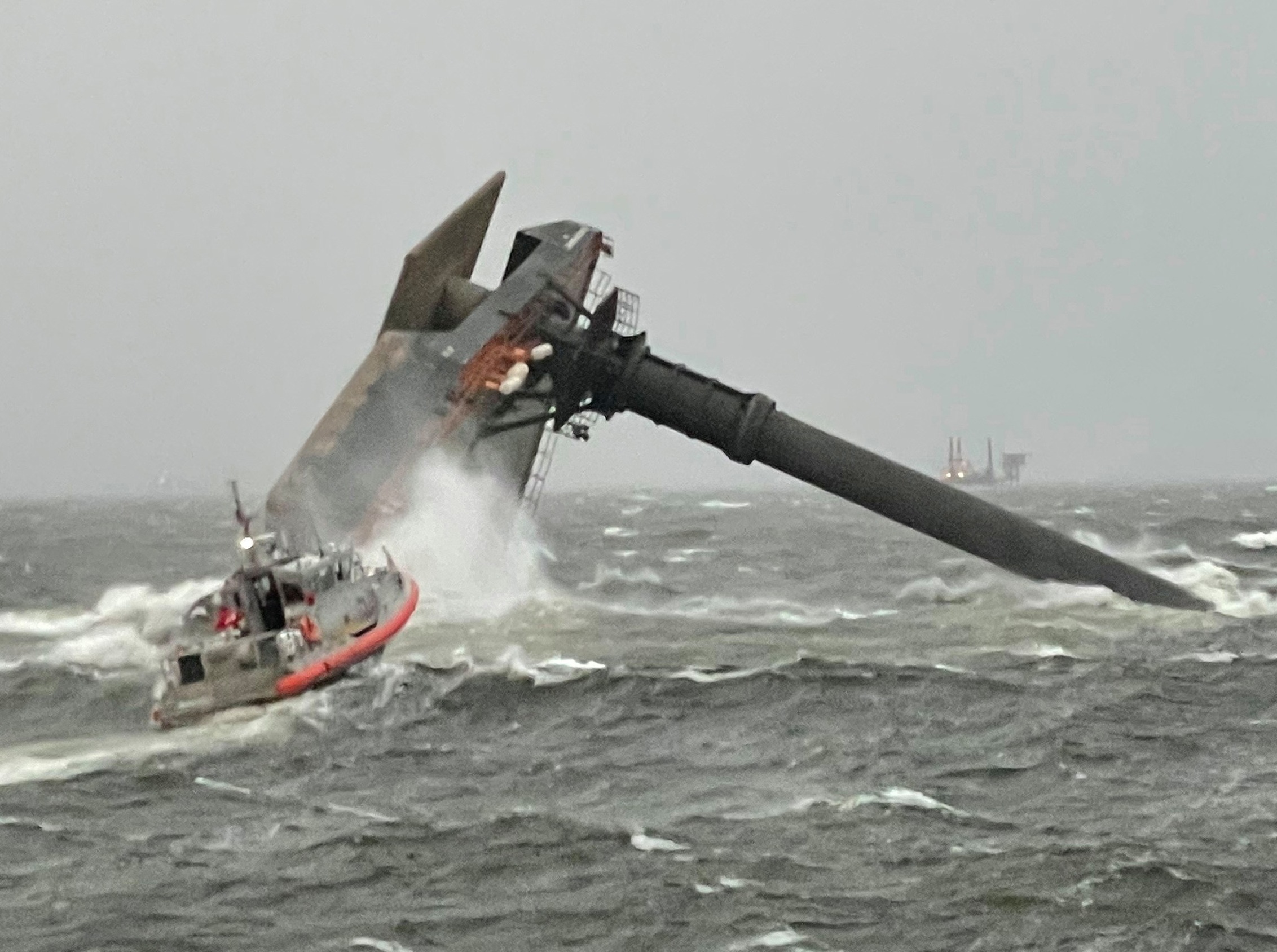 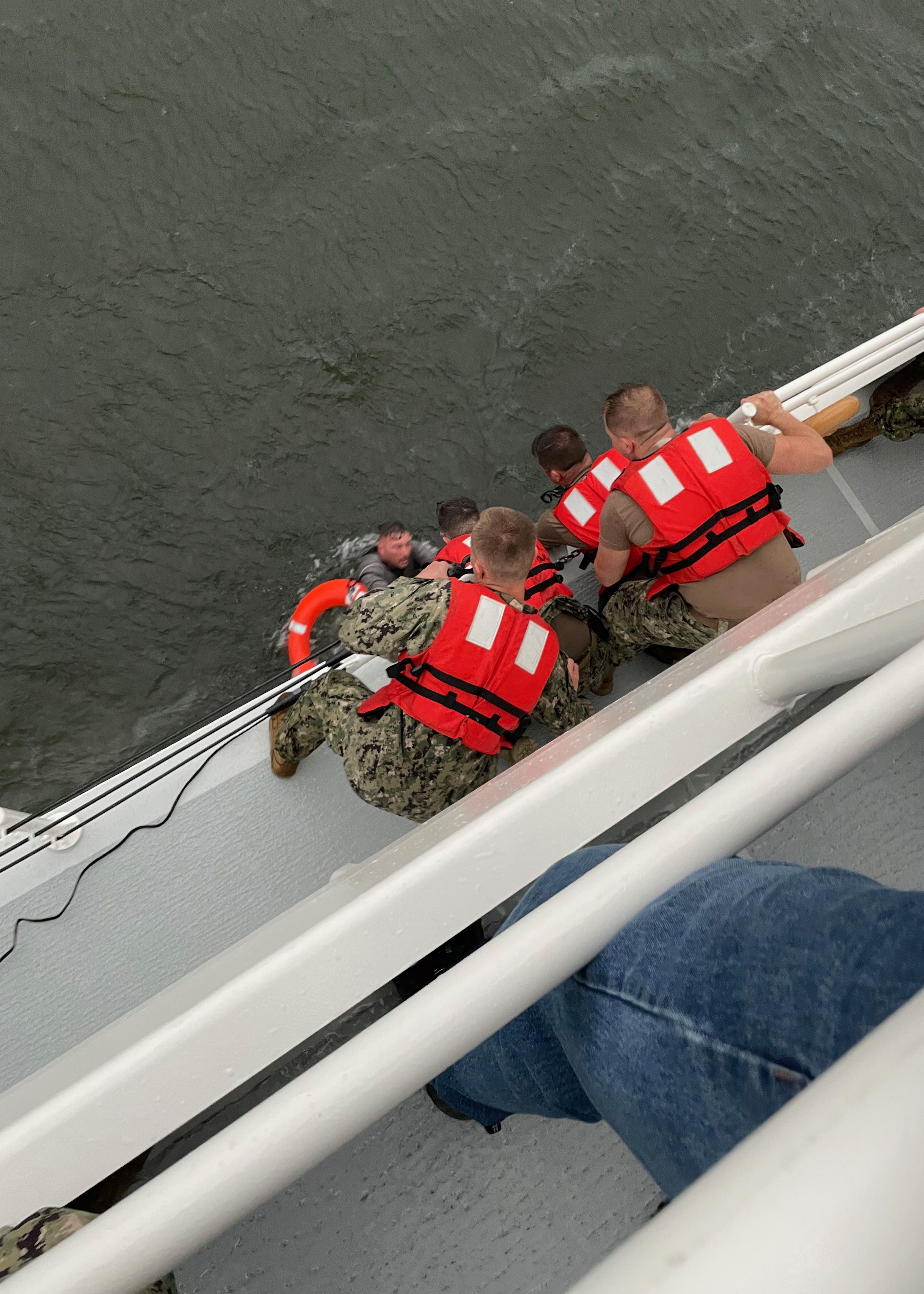 By 11pm last night, six people aboard the ship had been rescued – but a desperate search was ongoing for more.

Two cutters, two boats, a helicopter and four civilian vessels have been deployed for the rescue some eight miles south of Grand Isle.

"We don't have good clarification of exactly how many people we are still searching for and we don’t know the exact cause of the incident but we do know at the time of the report and incident there was inclement weather in the area – but the focus is to find the missing people," Lally told Fox 8.

The Coast Guard Cutter Glenn Harris, a 154-foot Fast Response Cutter boat, was able to recover one person within half an hour of receiving mayday calls.

Another person was rescued by a 45-foot Coast Guard Response Boat while the four others were rescued by Good Samaritan boats. 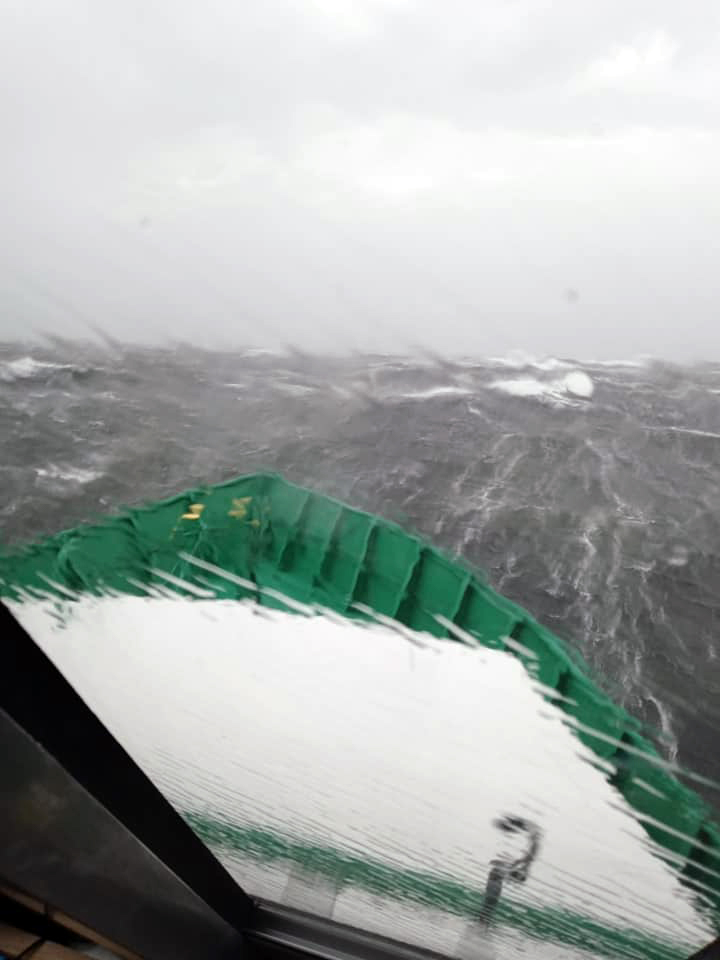 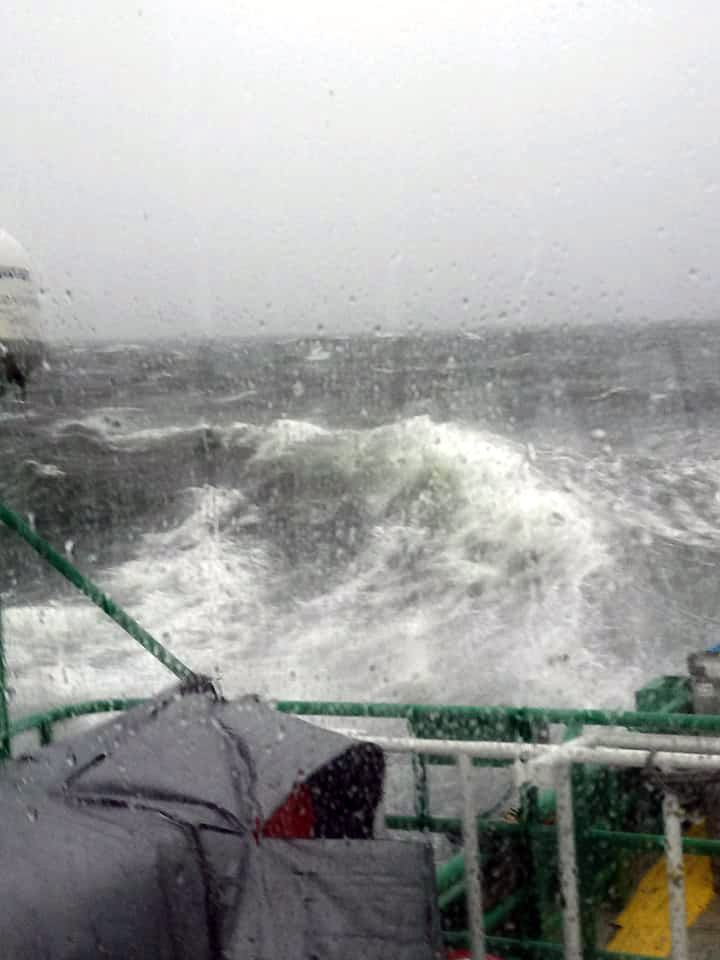 Additional Coast Guard ships were en route from Houston, as well as a search plane from Corpus Christi.

There were widespread reports of high winds, with some hail and flooding in southeastern Louisiana, according to the National Weather Service.

Piercing winds of up to 75mph made helicopter flights near impossible.

Many offshore oil and gas companies send ships through Port Fourchon, entrusting it with about 18 percent of the country's oil supply.

The Greater Lafourche Port Commission said over 400 large supply boats use the port's channels daily, with about 15,000 people a month flying to those offshore oil and gas sites in Port Fourchon.

Bruce Simon, a resident of Cutoff, said he never heard so many "mayday" calls in his life.

"I’m on the boat and we doing 4 knots keeping the bow in the wind," he wrote on Facebook.

"Waves are breaking over the bow," Simon added.

Simon said the waters were so severe, he saw people in nearby boats fall out as well.

"Please pray for the lost," he ended on Facebook.

Sorry, Bikinis, Our Wandering Eyes Caught a Glimpse of These Sexy One-Pieces at Revolve