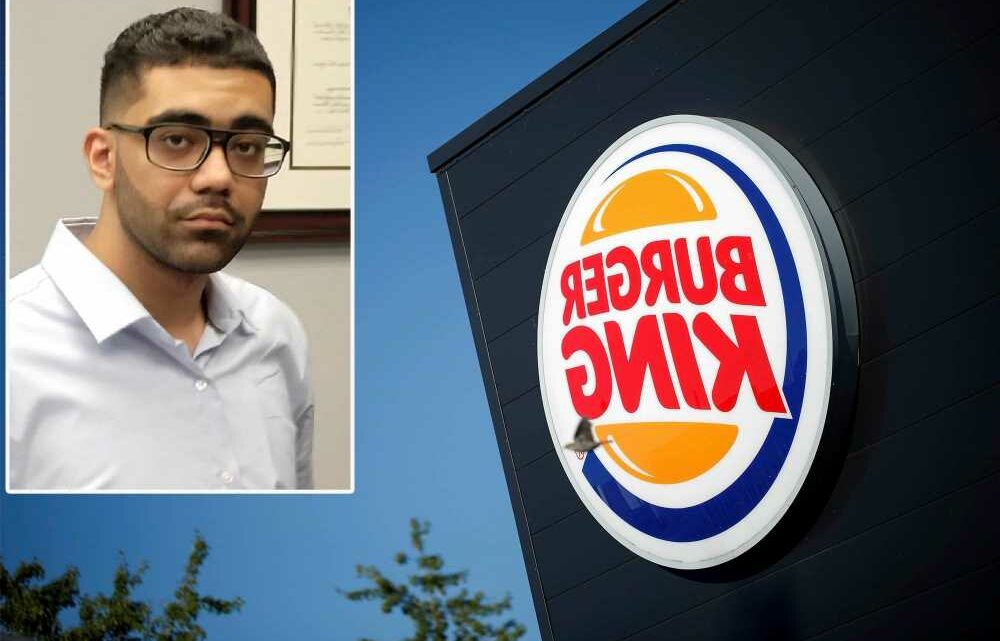 A Long Island man says he was fired from his job at Burger King — because of his colostomy bag, according to court papers.

Ryan Pacheco says he was hired at one of the burger joints in Huntington Station for $15 an hour June 28, according to his Suffolk County lawsuit filed Thursday.

The next day, the 20-year-old Huntington Station man told the assistant manager that he used a colostomy bag, and no issues were raised at the time, court papers say.

Pacheco then reported for his first — and only — shift July 2, where a different assistant manager told the new employee to “tuck in his shirt inside his pants,” the documents say.

Pacheco — who has lived with the colostomy bag his whole life — told the manager that he couldn’t tuck in his shirt because it would cause the bag to leak and leave him in pain, the filing claims.

Then at the end of the shift, the manager pulled Pacheco aside and said she’d spoken with her superiors, who told her that the young man “couldn’t work here due to his colostomy bag,” the suit alleges.

Pacheco told The Post by phone that when he was 19, he worked at a Florida McDonald’s, and no one there ever raised any issues with him.

“Inside, my morale was crushed,” Pacheco said of being fired. “I was doing something I wanted to do — get a job and work — and not even by the end of the first day, being shot down like that, it’s frustrating, demoralizing and unacceptable.”

He added that he was never paid for the one shift he worked.

“I don‘t really care about the money,” Pacheco explained. “It’s more about making a statement that things like this are unacceptable. I want them to be known that what was done shouldn’t happen to me or anyone else for even the smallest disability.

Pacheco’s lawyer, Jon Bell, told The Post, “This is the simplest reasonable accommodation an employer can give which is just allowing his shirt to be untucked and continue working.”

He said the eatery didn’t even attempt to work out a solution, such as keeping Pacheco on the register if there was a concern about him handling food.

“Have some dialogue with him,” Bell said. “They immediately turned around and fired him, which is completely disgraceful given the fact that this is such a large company.”

Bell said Burger King should have better training on how to handle disability accommodation requests.

Burger King corporate did not return a request for comment. A manager at the location declined to comment.