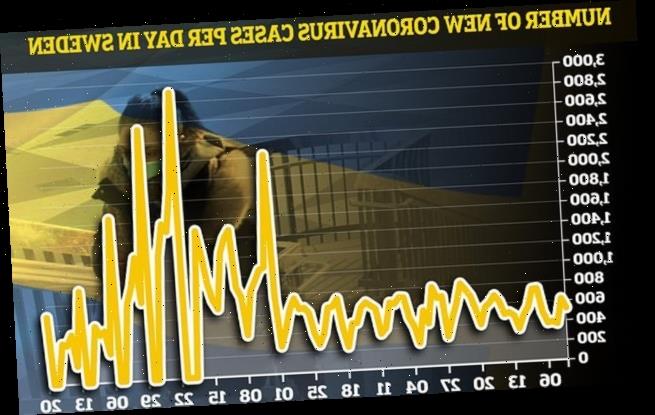 Lockdown-free Sweden could see up to 5,800 more coronavirus deaths

Health officials said another 3,000 deaths were likely, but that there could be almost double that in a worst case scenario.

That would be more than double the 5,646 deaths, out of 78,166 confirmed cases, so far recorded since the start of the pandemic.

However, state officials said a more likely scenario would see clusters of new cases around the country which would then quickly subside. 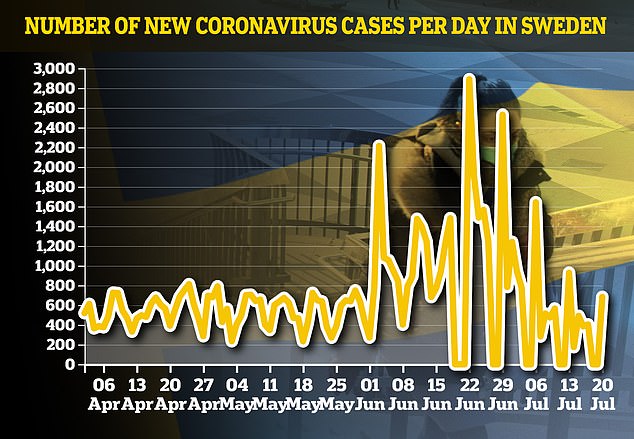 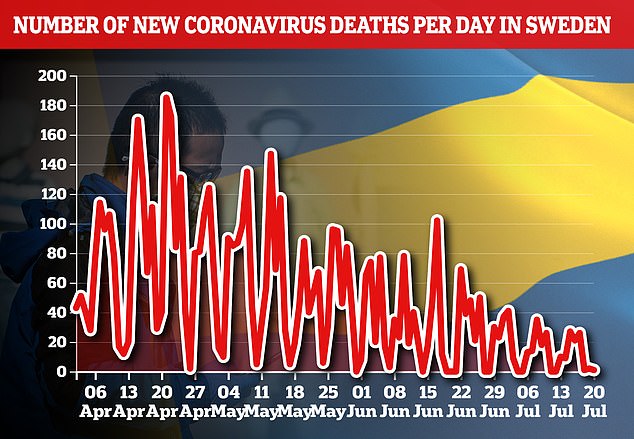 That is a scenario ‘we’ve seen now in different parts of the world, and which seems like something that COVID-19 is creating more than most other diseases,’ state epidemiologist Anders Tegnell told a press conference.

In the report the agency noted that this was a possible scenario where ‘infectivity increases quickly due to people for example socialise more frequently,’ but would then decrease ‘when people become aware of the outbreak and follow recommendations on distancing.’

The added death toll from this scenario was estimated at around 3,200.

Despite the grim projections, the Public Health Agency said there were positive signs of the epidemic slowing down.

‘In Sweden, the positive trend with a fairly quick decline in cases continues,’ Tegnell said, noting that especially serious cases in need of intensive care were down to a handful a day.

In the mildest scenario presented, in which the spread of the virus follows current trends, just over 200 additional deaths were expected.

Unlike most European nations, Sweden never imposed a lockdown and made headlines for having one of the highest per capita death tolls in the world. 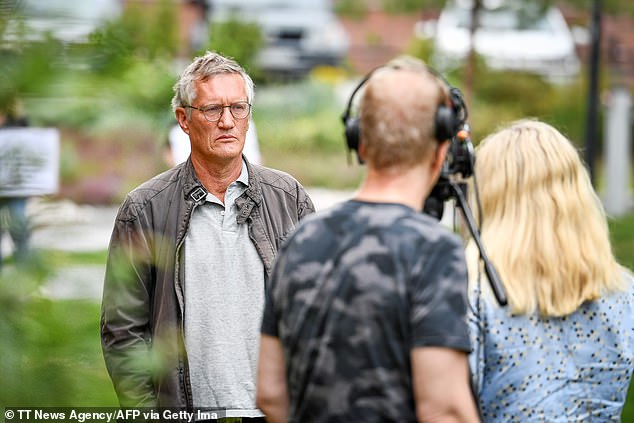 State epidemiologist Anders Tegnell of the Swedish Public Health Agency talks to journalists after a press conference on the situation amidst the novel coronavirus COVID-19 pandemic on July 21, 2020 in Stockholm

The United Kingdom, Italy and Spain, however have higher per capita death tolls.

Sweden has bucked the trend by keeping schools for under-16s open and has not shuttered cafes, bars, restaurants and most businesses.

Masks have been recommended only for healthcare personnel.

Swedish officials have argued that lockdowns only work temporarily and that drastic short-term measures are too ineffective to justify their impact.