Home » World News » Like Reagan and Gorbachev, Biden and Xi can unite when it matters 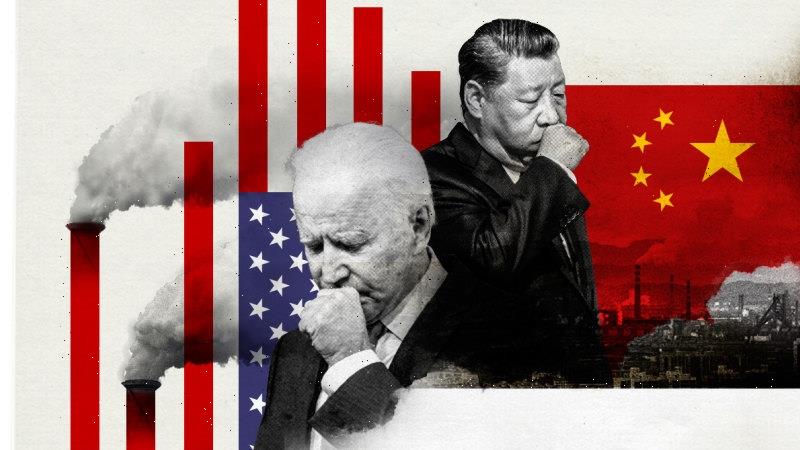 Like Reagan and Gorbachev, Biden and Xi can unite when it matters

Washington: In June 1987, US president Ronald Reagan stood at the Brandenburg Gate in West Berlin and issued what would become a famous demand of his Soviet counterpart, Mikhail Gorbachev.

Regan’s plea for Gorbachev to tear down the Berlin Wall reflected his view that the Soviet Union (which he previously dubbed an “evil empire”) was a fundamentally despotic, totalitarian regime. The Soviet press agency TASS shot back, calling Regan’s Brandenburg address an “openly provocative, war-mongering speech”. 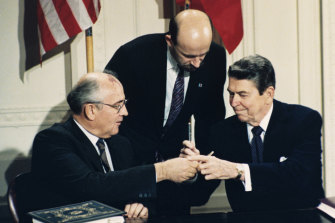 Six months later, Reagan and Gorbachev appeared together at the White House to sign the Intermediate-Range Nuclear Forces Treaty, a landmark agreement that banned the countries from using nuclear and conventional ground-launched ballistic and cruise missiles with ranges between 500 and 5,500 kilometres.

The agreement showed that, even as the US and the Soviet Union remained fierce ideological and economic rivals, the Cold War superpowers could co-operate on a vital shared interest: preventing global nuclear catastrophe.

There were echoes of that breakthrough three decades later on Thursday (AEDT) as today’s bitter geopolitical rivals, the US and China, issued a surprise joint pact on climate change.

Just days earlier, during his appearance at COP26, Biden had hit out at Chinese Leader Xi Jinping for making a “big mistake” by bypassing the Glasgow summit. That followed the infamous March meeting in Anchorage, Alaska, in which the top Chinese and American diplomats traded insults in front of the cameras.

But, as with Reagan and Gorbachev, the confrontational rhetoric masked diplomatic progress behind the scenes.

“Our teams have worked together for months and we have worked in good faith,” Biden’s climate envoy John Kerry said of the pact, in which China committed to cut methane emissions for the first time. “We have found common ground.” 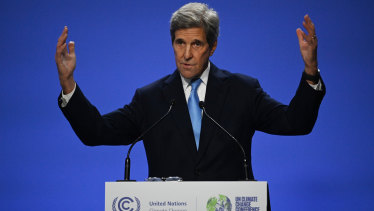 John Kerry, US Special Presidential Envoy for Climate, travelled to China twice and met with his Chinese counterpart dozens of times in the lead-up to the Glasgow summit. Credit:Getty Images

Xie Zhenhua, China’s climate change envoy, said: “We both see the challenge of climate change is existential and a severe one. As two major powers in the world, China and the United States, we need to take our due responsibility and work together and work with others in the spirit of co-operation to address climate change.”

Firstly, to appoint Kerry (a distinguished former secretary-of-state and presidential nominee) to the new role of global climate envoy.

And secondly, to attempt to isolate climate change from the fundamental complaints America has with China over trade and human rights issues.

While Secretary of State Antony Blinken and national security adviser Jake Sullivan are required to juggle an array of competing priorities when it comes to China, Kerry has had a single-minded focus: identifying potential areas for co-operation on climate change. And he’s worked hard at it, travelling to China twice and meeting with his Chinese counterpart dozens of times in the lead-up to Glasgow.

The language of the US-China “Glasgow Declaration” is mostly broad and aspirational. It contains no specific new promises on emissions reductions targets or accelerated timelines.

But it offers renewed hope to countries around the world that Biden and Xi will be able to emulate Regan and Gorbachev by work together on the defining challenge of their age: stopping runaway climate change before it’s too late.