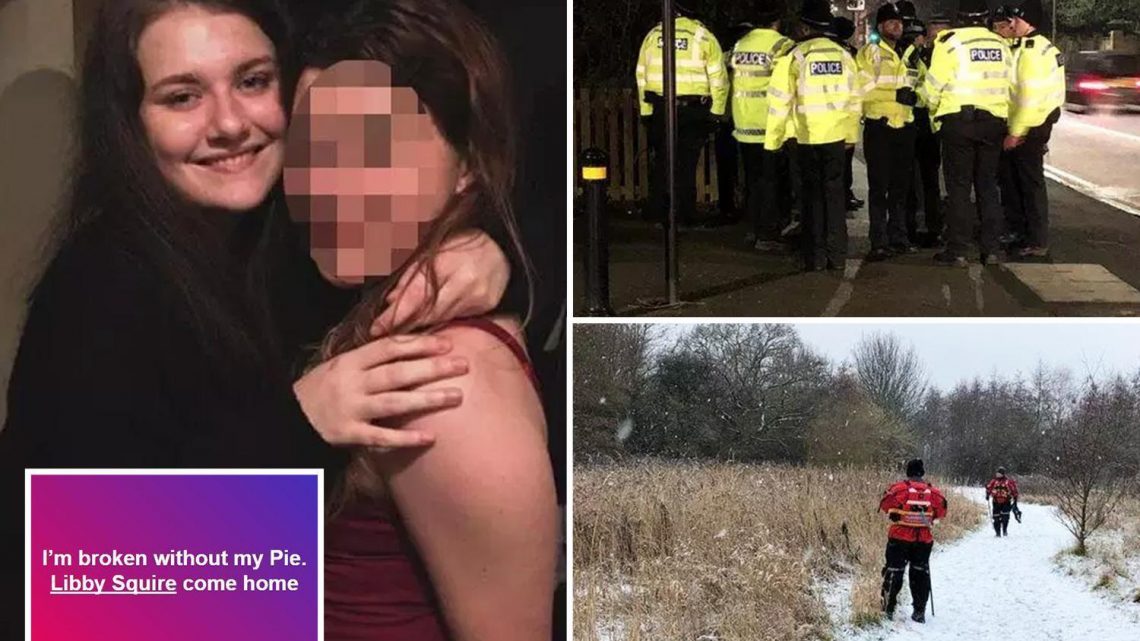 Over 70 cops are searching for the University of Hull student, 21, who was last seen around on Thursday night after taking a cab from a nightclub. 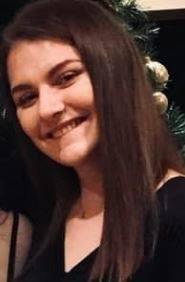 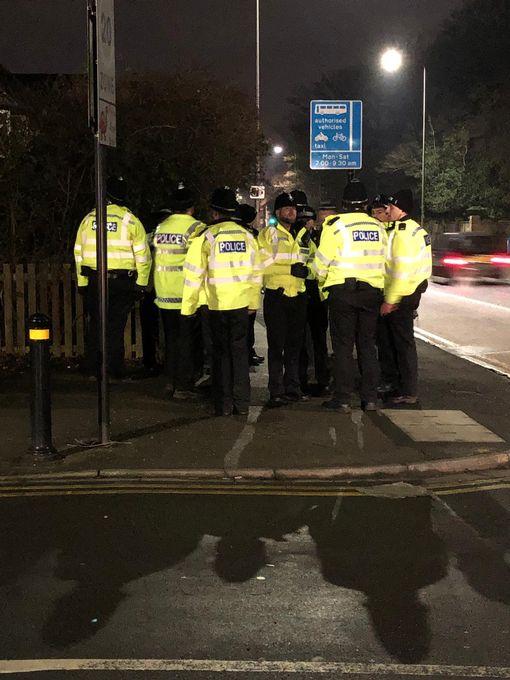 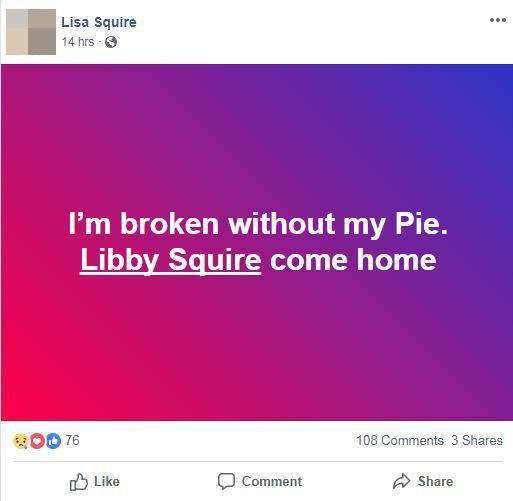 The young woman was reported missing after leaving the Welly club in Hull around 11pm and getting into a taxi.

According to Hull Live, the student did not actually enter the club as she was "turned away by door staff who thought she was too drunk".

It's claimed Libby got out of the taxi at Haworth Street and walked to a bench. She was later seen by a motorist on Beverley Road near the junction with Beresford Avenue around 11.45pm.

Now, her mum Lisa Squire has made a desperate plea for her return on Facebook.

The driver who was reported to have spotted her at around 11.45pm in Beverley Road, near the junction with Beresford Avenue got out of his car and helped Libby, Humberside Police said.

The force issued an appeal for the man to get in touch with them and stressed he is a witness and not a suspect.

Officers spoke with a man earlier today, adding the man had come forward and "really helped out" with the ongoing investigation.

Despite talking to the man they said they remained "extremely concerned for her welfare".

Speaking at a press conference this morning, Superintendent Simon Gawthorpe said: "We are supporting Libby's family who have described her as a thoughtful and caring young woman who puts others before herself.

"Officers are out again today searching and we hope to be able to locate Libby safe and well today.

"We continue to ask people to check their gardens and outbuildings in case Libby has gone into them to stay safe."

STUDENTS HELP WITH THE SEARCH

The University of Hull has released a statement which said it was "deeply concerned" for the safety of the missing student.

The statement said: "Staff and students at the University of Hull are deeply concerned for the safety of student Libby Squire.

"We are working closely with Humberside Police to support their search for Libby and offering support to Libby’s family at this distressing time.

"Humberside Police’s latest advice is for anyone living in the area to check their gardens and out buildings in case Libby has taken shelter.

"If anyone was driving around the area between 11pm Thursday night and 3am Friday morning and has dash cam footage, please contact police on 101.”

Olivia Hemingway, 19, was one of over 250 students to split up across the campus of the University of Hull tonight to help search for her missing friend.

She said Libby is in her second year at the University of Hull, studying a joint honours degree of Philosophy and Religion.

Olivia is one of only four other people to study the same modules as Libby.

Speaking as she helped on the search, Olivia told The Sun Online: "I am on her course.

"We both do philosophy and religion – it is a dual degree.

"There are only five people who do philosophy and religion so we had pretty much all of our modules together.

"She is very quiet but I have spoken to her, my course is really small there is only about ten people on my course.

"She is honestly lovely.

"Libby used to help me with my essays, even when I didn't really know her very well she used to send me recordings of lectures.

"She helped everybody whenever they needed it.

"She is bright, really, really bright.

"Intimidatingly so, she is so intelligent.

'SHE IS HONESTLY LOVELY'

"She literally used to help me all the time."

Olivia said hundreds of students had come together to form the search party after a Facebook post from one of her friends.

She said the students gathered centrally on the campus before searching in the area in teams of ten.

Olivia added: "When we first got to the campus it was quite empty but within minutes hundreds of people turned up.

"It has only been organised this afternoon.

"There have been a few police officers and security officers out helping to organise everyone.

"We will be staying out as long as we are safe and as long as people are willing to stay."

Olivia, who had also been on a night out on Thursday, said the news has "rocked" the whole course.

She added: "We went into our lecture theatre the other day and a security officer came in and asked 'do you know where Libby is?'

Another student in a group of ten helping with the search told The Sun Online the news had caused a "huge shockwave" throughout the University.

The second year student, who wished to remain anonymous, said: "It is a bit weird to think about it.

"There are so many of us searching for her, hundreds of us.

"It is one of those things now where at this point in time if they do find her just searching, she is probably not going to be alive.

"It is kind of weird because the best thing is we probably don't find her."

The student said the campus is just one mile from the Welly club where Libby had been seen.

He added: "At first I just thought they would find her quickly.

"As time goes on it instantly starts to escalate."

The search parties returned to the Student Union campus shortly after 5pm.

Libby Squire is described as 5ft 7in, with shoulder length brown hair. She was last seen wearing a black long sleeved top, a leather jacket and black jeans.

Anyone with information should call Humberside Police on 101, quoting log 29 of February 1. 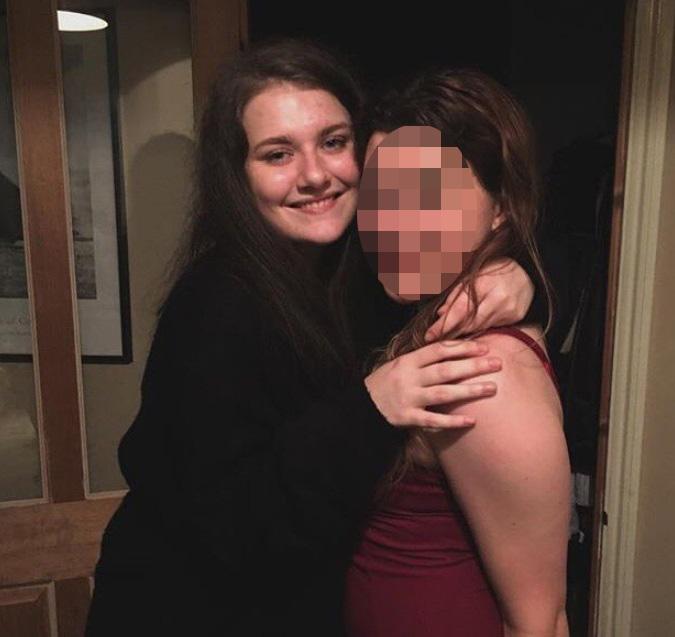 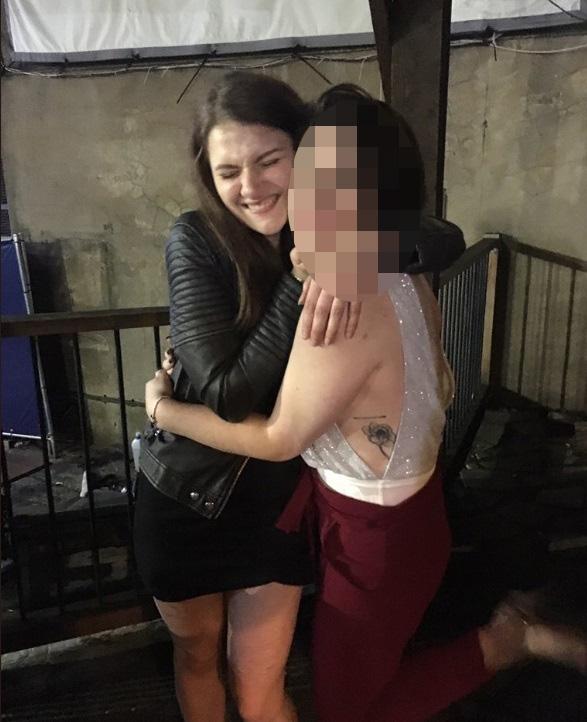 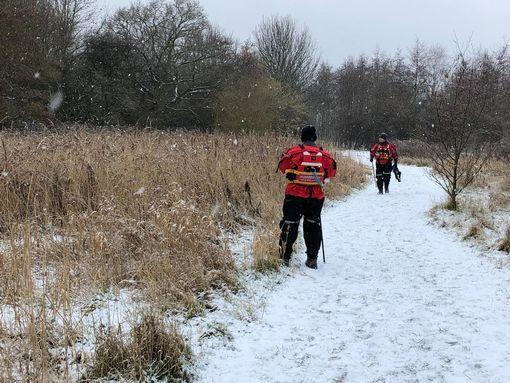 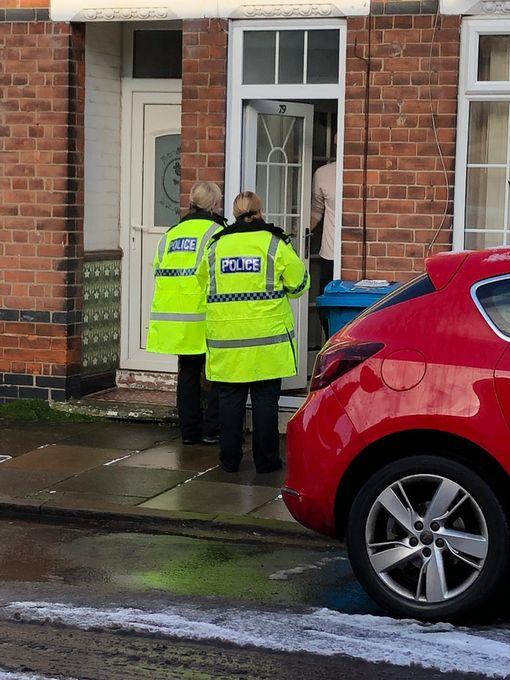 10 Life Lessons You Can Learn from Groundhog Day