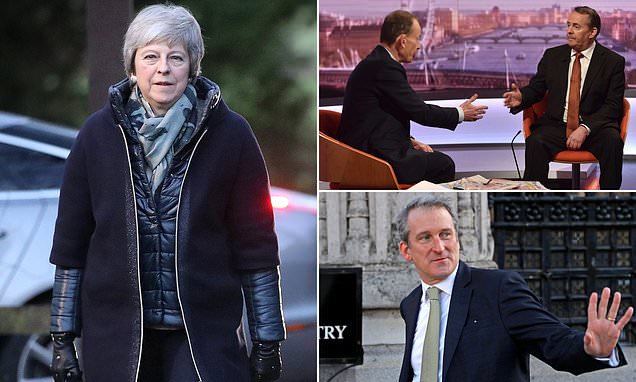 Let MPs take control of Brexit, Theresa May is urged

Let MPs take control of Brexit, Theresa May is urged: PM is told to let Commons vote on alternatives amid fears her deal is doomed

Theresa May’s cabinet allies, including Liam Fox and Damian Hinds, have publicly called on her to put Brexit in the hands of Parliament and allow MPs to vote on a range of alternative options to her deal, from a ‘Norway plus’ model to a no-deal exit.

Trade secretary Dr Fox and the Prime Minister’s longest-standing ministerial colleague Mr Hinds are the latest cabinet members to call on Mrs May to allow the Commons to examine other options.

Their appeal comes as more and more people see the defeat of the PM’s Brexit deal in Parliament as inevitable.

However, Mrs May has rejected all attempts to hold votes on alternatives to her deal, telling her Cabinet in a conference call last Monday that the so-called indicative votes are divisive. 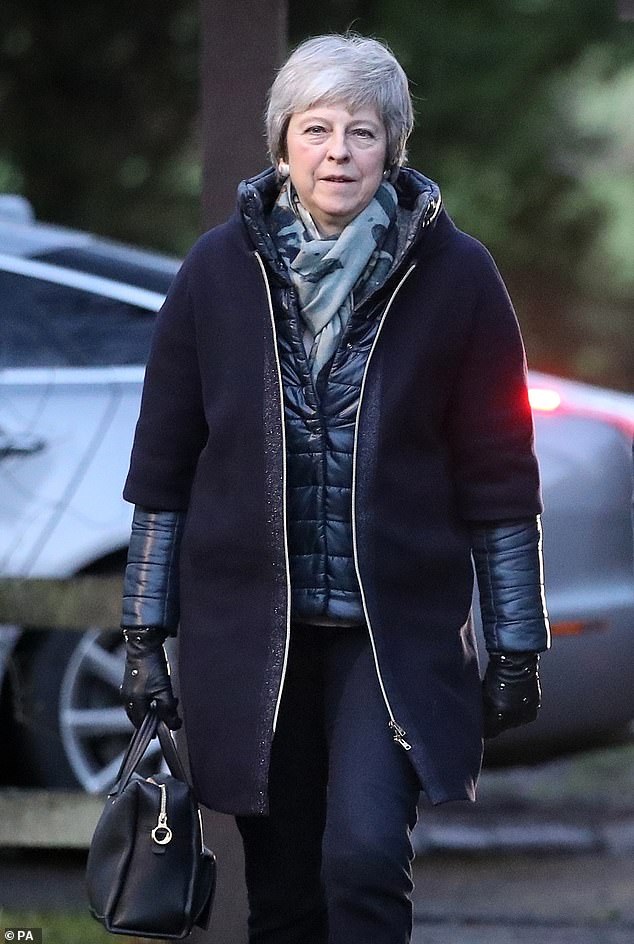 Instead, Mrs May and her team want to continue negotiating with Brussels until after Christmas.

Including Dr Fox and Mr Hinds, there are now eight cabinet ministers calling on the Prime Minister to agree to the indicative votes proposals.

The options that could be explored by Parliament include a no-deal and a second referendum.

Those opposing the plan include Andrea Leadsom, the Commons leader, Sajid Javid, the home secretary and Gavin Williamson, the defence secretary.

Mrs May postponed a Commons vote on her plan last week and is believed to be keen to put off the vote until after Christmas. 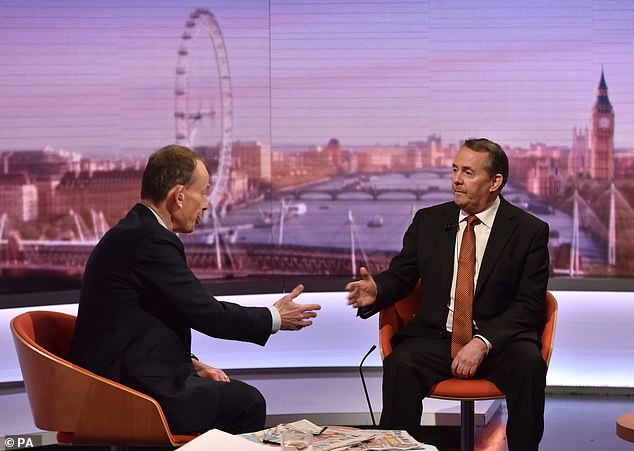 On The Andrew Marr Show, trade secretary Liam Fox said that parliament was ‘given an instruction by the referendum, not the government’

Until her plan is defeated, no votes on alternatives in the Commons can take place.

Appearing on The Andrew Marr show on BBC One on Sunday morning, Dr Fox was asked what would happen if the Prime Minister’s deal was rejected in the Commons.

He said: ‘Well, in which case Parliament will have to decide on the alternatives. I wouldn’t have a huge problem with parliament as a whole having a say on the options, because it wasn’t the government that was given an instruction by the referendum, it was parliament.’

And Mr Hinds told Pienaar’s Politics on BBC Radio 5 Live: ‘I think there is a value in, sort of, flushing out, what these various different options are that, as I say, some people support very strongly but don’t have a majority in favour of them.’

Tomorrow, Theresa May will also warn that a second Brexit referendum would cause ‘irreparable damage’ to Britain, as she tries to defuse anger at the news that her own aides have floated the idea. 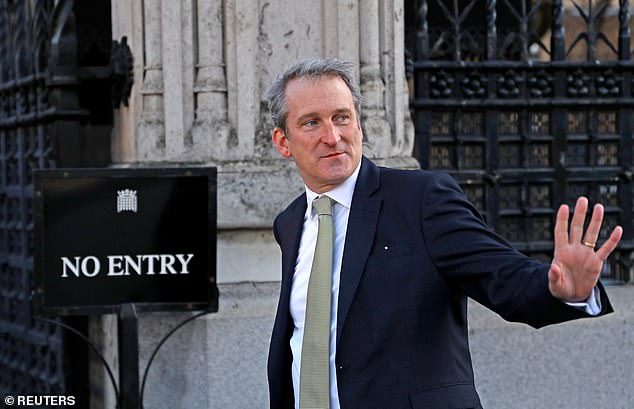 And Mrs May’s longest-standing ministerial colleague, Damian Hinds, said that there is value in flushing out the various options

In the Commons, the Prime Minister will all but rule out holding a second vote while she remains in charge.

Another referendum would ‘likely leave us no further forward than the last… and further divide our country at the very moment we should be working to unite it’, she will warn.

Mrs May is expected to add: ‘Let us not break faith with the British people by trying to stage another referendum, another vote which would do irreparable damage to the integrity of our politics, because it would say to millions who trusted in democracy that our democracy does not deliver.’

Her intervention comes amid mounting anger over the revelation that chief-of-staff Gavin Barwell and deputy David Lidington had backed the idea of a second referendum.

MPs and ministers reacted furiously to reports yesterday that Mr Barwell had told colleagues a second poll was ‘the only way forward’ in the light of opposition to her Brexit deal. In social media messages yesterday, Mr Barwell said he was not planning for a second referendum.