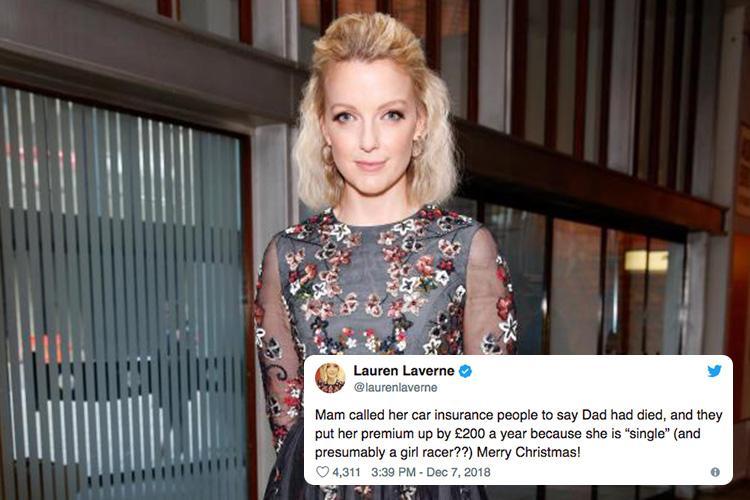 The radio and TV presenter's dad Dr Leslie Grofton died last month and as a result her mother's car policy increased as she is now deemed "single" by an insurance firm. 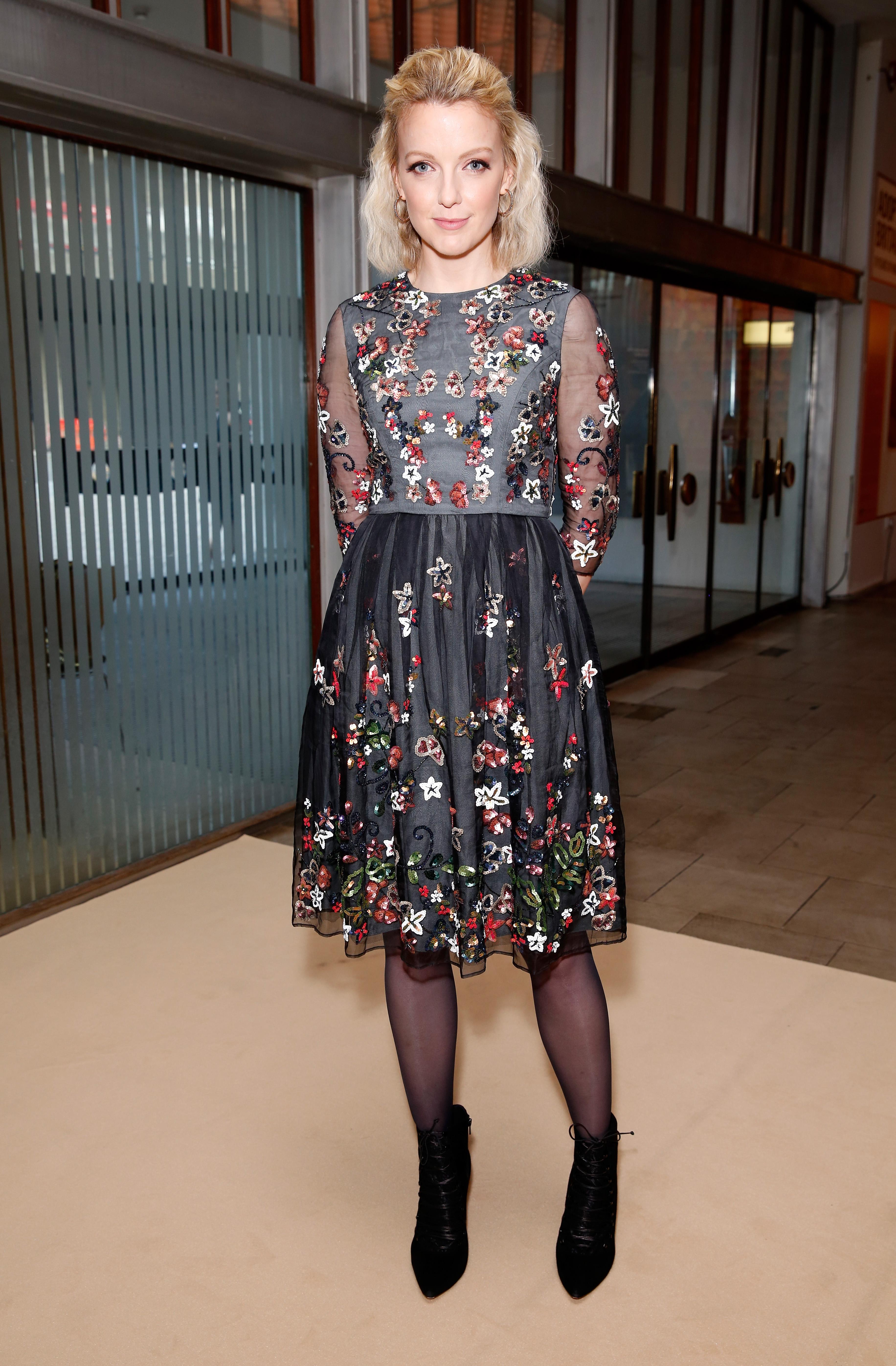 She vented her frustration about the incident on Twitter.

Laverne, who will soon take over as host of Radio 4's Desert Island Discs, told her followers: "Mam called her car insurance people to say Dad had died, and they put her premium up by £200 a year because she is 'single' (and presumably a girl racer??) Merry Christmas!"

Among those who reacted to the tweet was TV cook Nigella Lawson.

Lawson wrote: "I’m so sorry for your loss. A platitude, but deeply meant. These people!"

I lost my darling Dad yesterday. There wasn’t a box for it on the form at the hospital, but I wanted to tell the nice Dr who gave us the papers that Dad was a Wittgensteinean. Dad always used to quote his famous saying “Death is not an event in life”. I didn’t have the words yesterday but I’m thinking about that and the rest of the quotation this morning. “…we do not live to experience death. If we take eternity to mean not infinite temporal duration but timelessness, then eternal life belongs to those who live in the present. Our life has no end in the way in which our visual field has no limits”. That really was how my dad lived. His life was extraordinarily rich in the things he cared about – music, ideas and us. Appropriately enough for his school of thought they were small in number but infinitely and endlessly meaningful. Seeing life from this perspective is among the many wonderful gifts he gave me and I am as profoundly grateful as I am sad today. Nothing between us was left unsaid, though I could have shot the breeze with him forever. Thank you to everyone who has been so kind to our family, especially lately. Xxxx 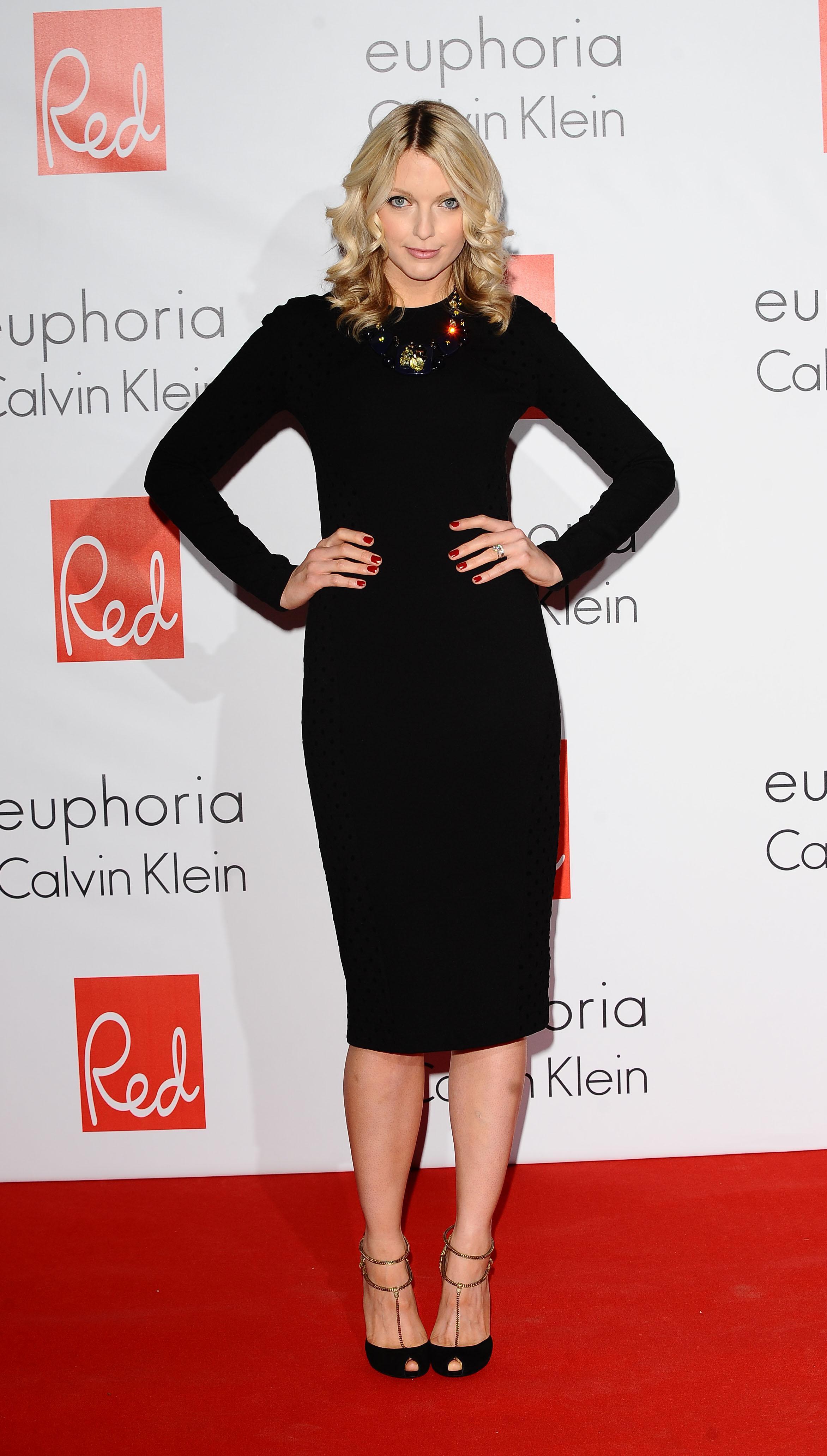 And others shared similar experiences.

One wrote: "My condolences.

"When I called to cancel my parents holiday (after dad suddenly died) the person asked why my mum couldn't take someone else on holiday with her…erm, her husband had just dropped dead at 59 and she wasn't really in the mood for a holiday!"

Another said: "We’ve been through a very similar experience in the last couple of weeks – it’s astonishing how they profit off stuff like this.

"Very sorry for your loss."

Previously speaking about her dad's death last month, she wrote on social media: "His life was extraordinarily rich in the things he cared about: music, ideas and us."