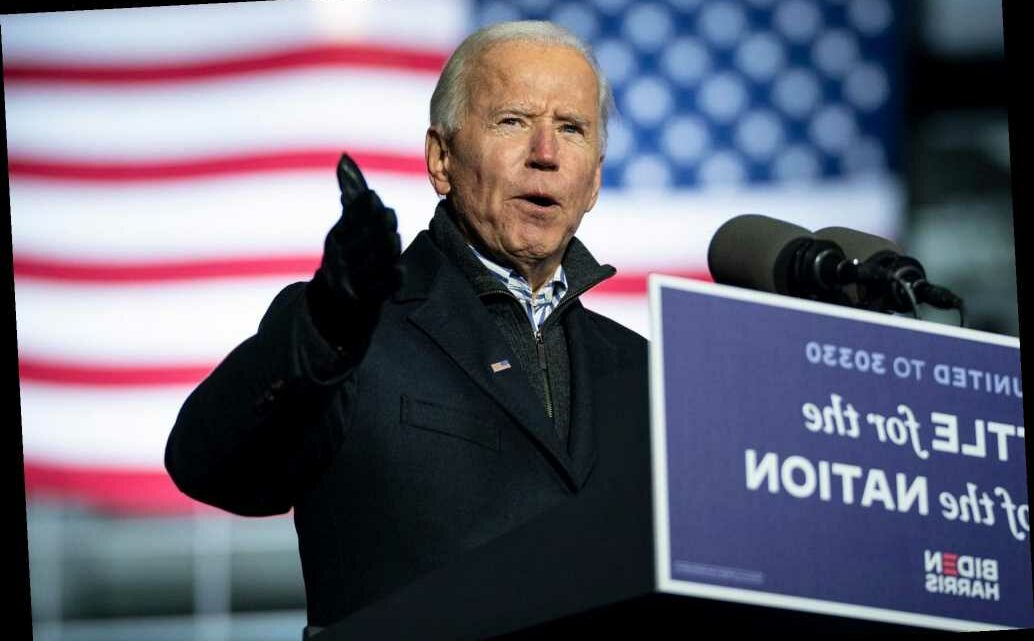 Bookmakers favored both presidential candidates at times during wild swings in odds overnight — but Joe Biden was back as a clear favorite by Wednesday morning.

The 77-year-old Democratic nominee went into Tuesday’s election as the front-runner for most bookmakers in countries where — unlike the US — betting on politics is legal, with most putting his chances close to 70%.

But President Trump mounted a huge comeback after initial counts started coming in — almost completely reversing his position, with UK aggregation firm OddsChecker showing his chances skyrocket from just 32% at 3 p.m. Tuesday to 69% by 11 p.m. One UK firm had his odds as high as 75%, the site said.

Hours after Trump declared himself the likely victor, his odds dramatically dropped again, however — with Biden soaring to an even bigger lead.

OddsChecker said UK bookmakers averaged his chances at 75% — with Trump’s 25% the lowest he’s been since the site began tracking the market in January 2019, calling it a “huge shift in the betting market.”

Gamblers making record-breaking wagers also put Biden ahead in the key swing states of Pennsylvania, Michigan and Wisconsin, putting him at 90.9% likely to win the latter.

“One foot in the White House?” the site asked on Twitter, calling him “odds-on favorite to win.”

Other bookmakers also shared similar boosts for Biden, with Smarkets exchange giving him an 83% chance at 10 a.m. Wednesday.

Trump’s chances on Smarkets was under 17% — a massive drop from nearly 80% overnight, the site showed.

The 2020 election is already being called the biggest betting event of all time — and reportedly also saw the biggest-ever political bet, with a mystery Brit placing a $5 million wager on Trump.

OddsChecker says the top five biggest bets it has seen have all been for Biden, however.

“What a rollercoaster day it’s been so far in the race for the White House!” Betfair tweeted — stressing, “And it’s far from over!”

OddsChecker’s Pete Watt said the “competitiveness of the race deep into election night” also means anything could happen.

“We’ve seen the two men trade betting favoritism this evening and with the result of this election still too close to call, it would be no surprise to see Trump re-take the lead with oddsmakers again before this is all over,” he predicted.

Microbiologist reveals the risks of bacteria lurking on make-up

CU Buffs vs. UCLA scouting report: Who has the edge, predictions and 3 things to watch
World News