Home » World News » ‘Last year, the FBI foiled a kidnap plot. Now a killer is dispatched to deal with me’

‘Last year, the FBI foiled a kidnap plot. Now a killer is dispatched to deal with me’

New York: Masih Alinejad, an Iranian opposition activist and writer in exile in New York City, had already been identified as the target of an alleged kidnapping plot.

A year later, it appears the threats against her keep coming.

Federal prosecutors in New York charged a man last week with driving around Masih’s Brooklyn neighbourhood over the weekend with a loaded assault rifle and dozens of rounds of ammunition. 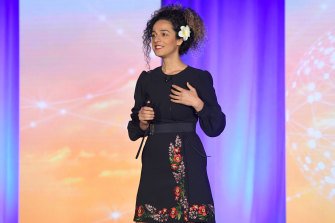 Alinejad said on Monday that authorities told her the man was looking for her, and that a home security video had caught him skulking outside her front door.

“It is shocking that someone came to my house with a loaded assault rifle,” Alinejad told The Associated Press in an email. “Last year, the FBI foiled a kidnap plot. Now a killer is dispatched to deal with me.” 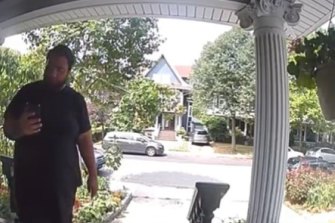 The suspect, Khalid Mehdiyev, has been locked up without bail and his lawyer declined comment.

The US Attorney’s office also wouldn’t talk about the case beyond what for now is a gun possession charge.

Last year, US prosecutors charged an Iranian intelligence officer and others with plotting to kidnap Alinejad and take her back to Tehran. Iranian officials called accusations “baseless and ridiculous”.

Alinejad, who worked for years as a journalist in Iran and became a US citizen in 2019, has long been targeted by its theocracy after fleeing the country following its disputed 2009 presidential election and crackdown. She’s known as a prominent figure on Farsi-language satellite channels abroad that criticise Iran.

In the new case, a criminal complaint filed against Mehdiyev doesn’t directly tie him to Iran or the kidnapping plot. Instead, it only charges him with a gun violation based on a traffic stop by the New York Police Department, but also cites what they say were his contradictory statements about his conduct that implicate him in a more serious way.

The complaint says Mehdiyev was seen lurking near Alinejad’s home last week and, after ordering food delivery to his vehicle, approached the residence and looked in through the windows and tried to open the front door. A short time later, police officers pulled him over and arrested him for driving with a suspended license.

A later search of the car found a suitcase containing a rifle “loaded with a round in the chamber and a magazine attached, along with a separate second magazine, and a total of approximately 66 rounds of ammunition,” the papers say, adding, “The serial number of the rifle appears to have been obliterated.”

Initially, Mehdiyev claimed he was in the neighbourhood looking for a room to rent, the papers say, and that he had borrowed the car he was driving and didn’t know about the gun. He later admitted the gun was his and that he had been in the area “looking for someone,” they add.

At that point, he stopped talking and asked for a lawyer.

In her email, Alinejad said her situation shows the need for the US government to take a tougher stance toward Iran.

“What happened this weekend is NOT normal and does not just affect just me,” she wrote. “This poses a risk to EVERYONE. This is not behaviour that anyone in the United States should be accepting as normal.”