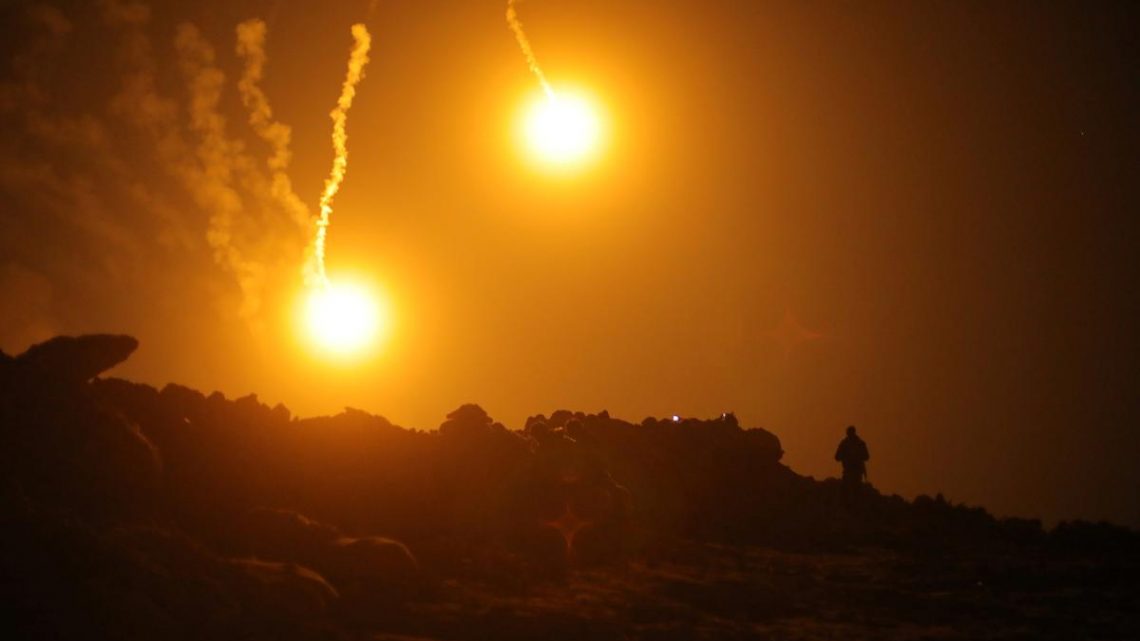 BAGHOUZ, Syria (Reuters) – Islamic State’s final enclave in eastern Syria was pounded with air strikes and artillery on Monday in a U.S.-backed assault aimed at wiping out the last shred of its territorial rule that once spanned a third of Syria and Iraq. 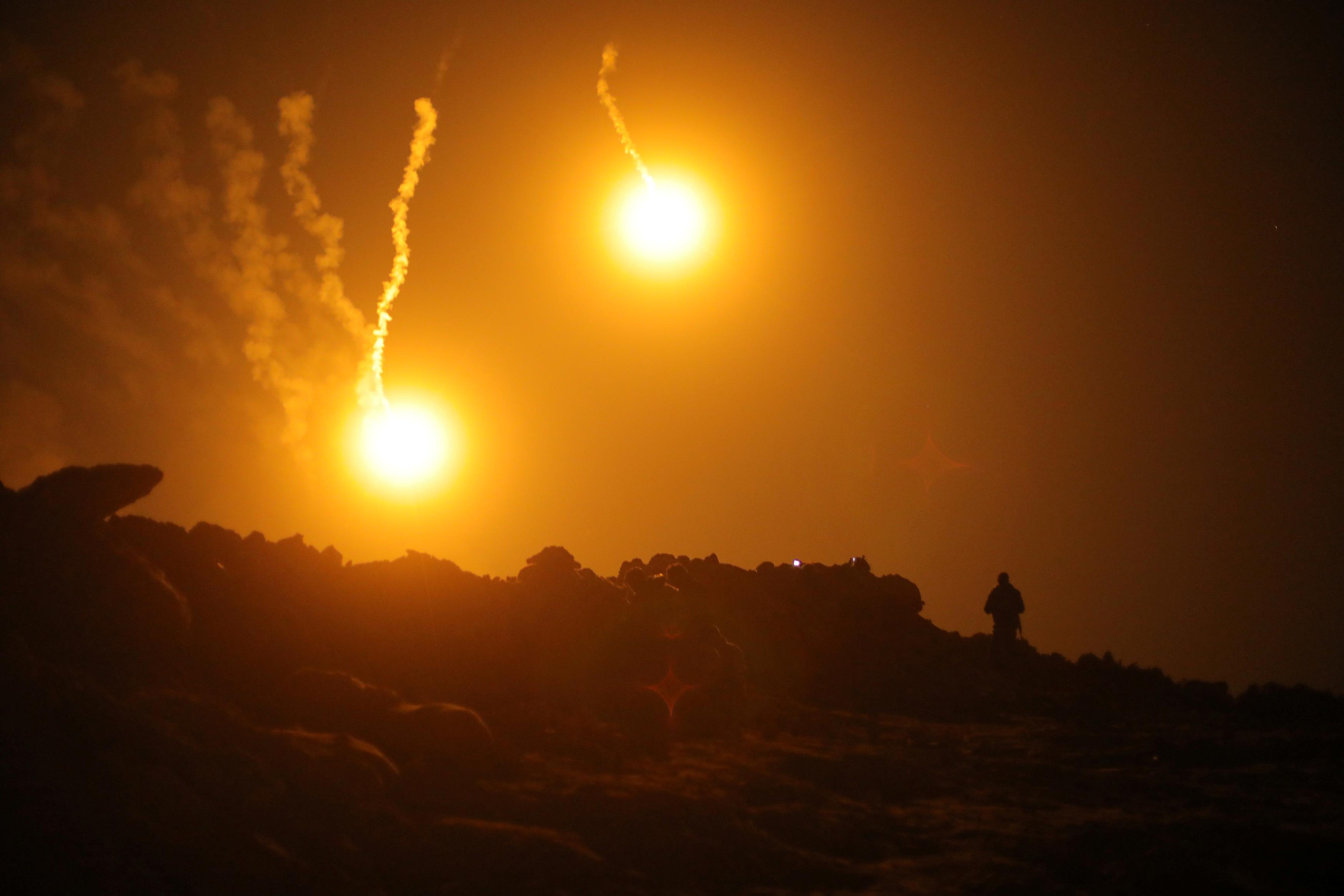 Fires raged after dark in the enclave at Baghouz near the Iraqi border as it was targeted with rockets and thick plumes of smoke rose from the area, Reuters TV footage showed. Heavy gunfire could be heard and flares lit up the night sky.

The U.S.-backed Syrian Democratic Forces (SDF) said earlier its fighters were encountering sniper fire and landmines and advancing slowly to avoid losses. The most hardened IS foreign fighters are still holed up in the area, the SDF has said.

Air strikes destroyed IS stores and vehicles, the SDF said.

The defeat of Islamic State at Baghouz will mark a milestone in the campaign against the jihadist group, ending its control of populated territory in the area straddling Iraq and Syria where it suddenly expanded in 2014 and declared a caliphate.

However, the group still operates in remote territory elsewhere and has shown it will continue to mount a potent security threat, with a string of insurgent attacks in both countries.

A U.S. defense official, speaking on the condition of anonymity, said the United States did not believe senior Islamic State leaders were still in Baghouz.

“We’re pretty confident the leadership is not still down in this tiny little, basically hellhole that remains there,” the official said.

“Most of those folks have moved elsewhere as part of our assessment of their movement toward a more clandestine insurgency or preparing for the next fight when they don’t control territory,” the official added.

SDF commander Adnan Afrin said many jihadist fighters had been killed or wounded since the assault began on Sunday. Reuters could not independently confirm the death toll.

The SDF has held off from a full assault for most of the past few weeks as many thousands of people poured from the enclave, including surrendering fighters, Islamic State supporters, other civilians and some of the group’s captives.

By Sunday evening, no more people had come out, prompting the SDF to start its attack. However on Monday evening a Reuters journalist saw a group of around 100 people, including women and children, coming out of the enclave.

Pro-Syrian government forces hold the opposite bank of the Euphrates across from Baghouz and Iraqi militias are stationed at the border, cutting off any easy escape route for the jihadists.

Inside Baghouz, a squalid area of makeshift shelters, garbage and trenches filmed by Reuters TV on Sunday showed the harsh conditions in the ruins of Islamic State’s ‘caliphate’.

Amid palm trees and scrubby patches of vegetation, rusting cars stood among the bivouacs made by stringing blankets from rope. Oil drums and plastic barrels lay scattered around.

The SDF has shipped most people fleeing the wreckage of Islamic State’s rule over recent weeks to al-Hol in northeast Syria where some 65,000 people now live in a camp that the U.N. says was built to house 20,000.

The obdurate support voiced by many of them for Islamic State, particularly among foreigners, has posed a complex security, legal and moral challenge for both the SDF and their own governments.

Those issues were underscored on Friday with the death of the newborn son of Shamima Begum, a British woman who left to join Islamic State when she was a schoolgirl. 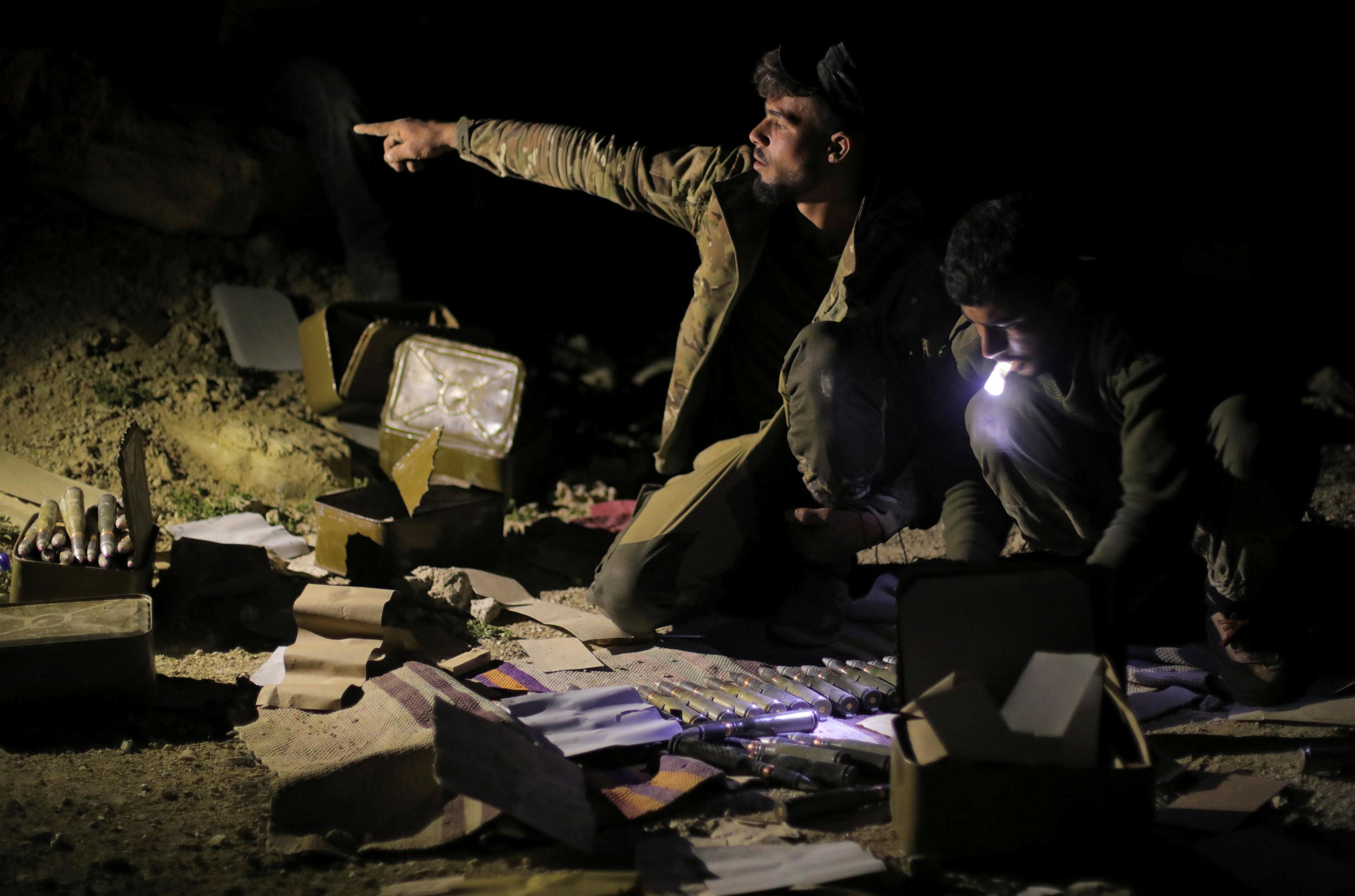 On Monday, the head of the United Nations children’s agency UNICEF said there were about 3,000 children from 43 countries living in al-Hol, along with many more Syrian and Iraqi children, in “extremely dire conditions”.

“Since the 1st of January 2019, every single day, a child has died fleeing the fight against ISIS,” UNICEF head Geert Cappelaere told a news conference in Beirut.