Kristin Cavallari is kissing and kind of telling about her reunion with ex-boyfriend and “Laguna Beach” co-star Stephen Colletti.

In the premiere episode Tuesday of the former couple’s new “Back to the Beach with Kristin and Stephen” podcast, Cavallari, 35, said the two caught up in August 2020, just months after she filed for divorce from former NFL quarterback Jay Cutler.

In the rewatch podcast, the duo relive their documented high school romance, memories from the reality show and share behind-the-scenes secrets with fans.

“It had at least been 10 years since we had seen each other … we went to dinner, we had a lot of fun. Do we tell the whole story?” the Uncommon James jewelry designer asked her cohost.

Colletti, 36, said it was important listeners know the two danced on tables together.

Then Cavallari spilled the beans: “It’s important for them to know we may or may not have kissed.”

The former “One Tree Hill” actor replied, “Did we?” Cavallari teased “I can’t remember,” before moving the conversation onto a photo she posted of the two of them on Instagram at the time that sent the internet into a frenzy.

“That was my most liked photo of anything I’ve ever posted on Instagram. I mean, you beat all of my children. You beat, like, any milestone in my life. So to me, that’s actually very sweet because it shows how invested the audience was of ‘Laguna Beach,'” Cavallari said.

Cavallari split from Cutler after a nearly seven-year marriage, citing “inappropriate marital conduct” and “irreconcilable differences” as reasons in the divorce filing​​​. The two share three children, Camden, 9, and Jaxon, 8, and daughter, Saylor, 6.

During the podcast, Cavallari said she and Colletti both knew the reunion photo would cause “a stir.”

“You asked me if you could post the picture and I was like, yeah, of course. Like blurry picture of us. But sure, go for it,” Colletti said. “That basically shut down my phone for a full day.” 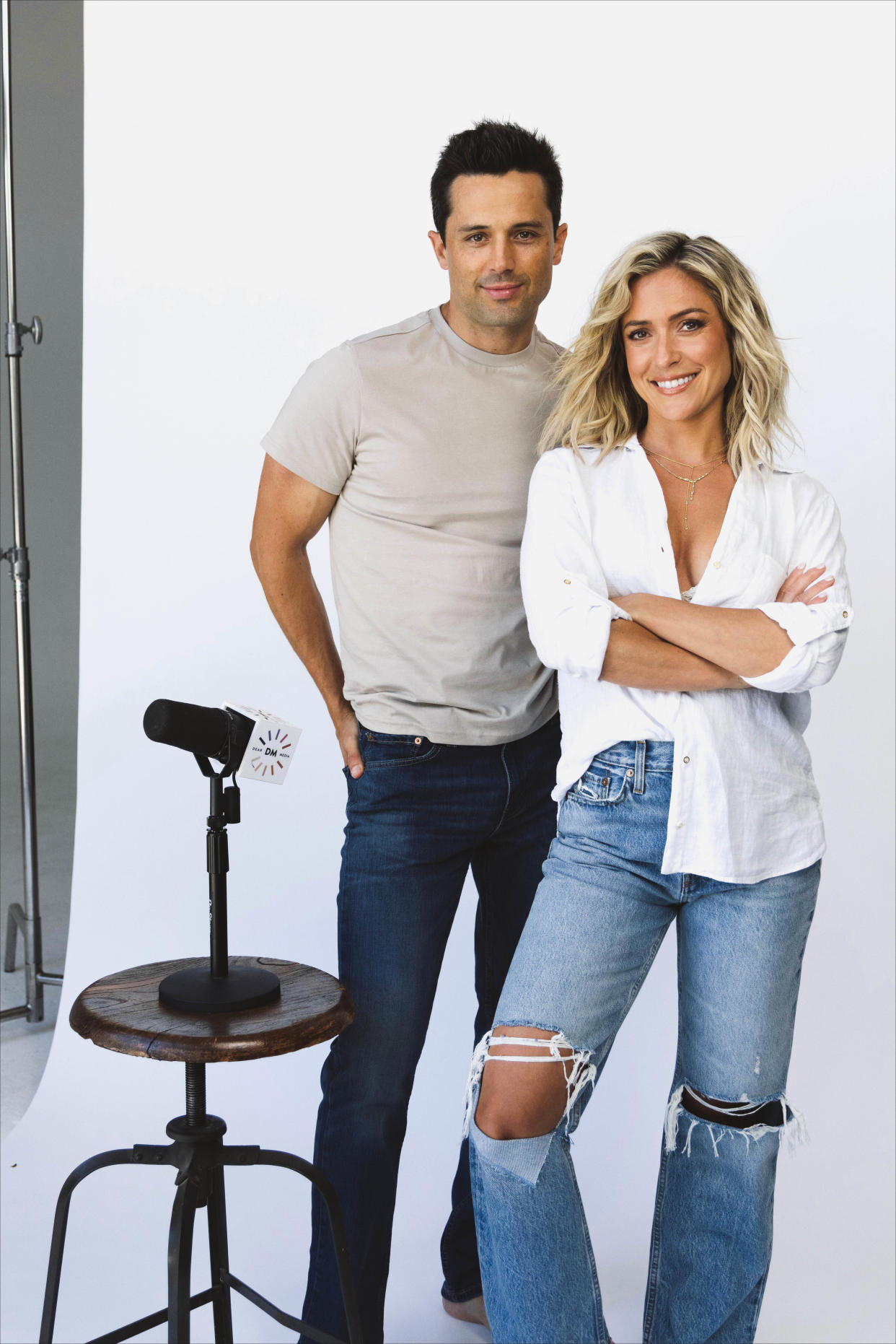 Cavallari apologized for the hassle she caused, to which Colletti jokingly replied, “Yeah, you owe me dinner for that one.”

In another revelation from the podcast’s first episode, the pair also shared how much money they made for the first season of “Laguna Beach.”

‘Jersey’ unsure: Reality stars have gotten older, and (gulp) I guess that means I have too

Cavallari said she and other former co-star Lauren Conrad negotiated for higher wages for the second season, saying, “It was going to be our last season! We were like, ‘We’re out of here!’ “

The MTV reality series aired from 2004 to 2006 for three seasons. It aired a year after the success of Fox’s fictional drama series, “The O.C.” which followed wealthy teens living in Newport Beach. With the end of “Laguna Beach” came its six season-long spin off show ,”The Hills,” following Conrad and other young adults living in Los Angeles, with Cavallari eventually joining the cast.