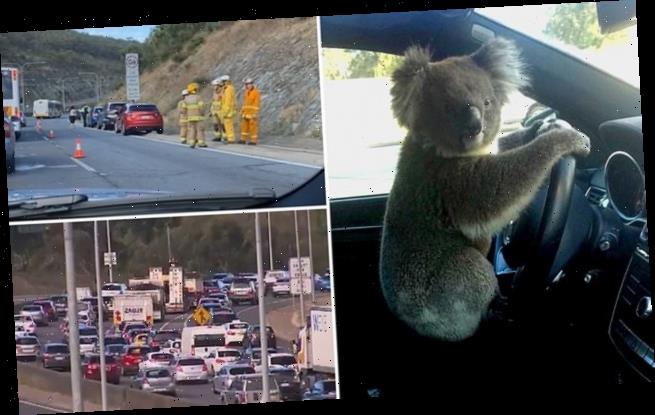 A koala has been caught on camera clambering around on the front seat of a four-wheel drive, grabbing the wheel as if checking out the steering.

It was an exciting morning for the startled marsupial who had just caused a six-car pile-up on one of Adelaide’s busiest motorways right at the start of Monday’s peak-hour rush.

The koala strolled onto Adelaide’s busy South Eastern Freeway just before 7am, prompting a kind-hearted driver to stop and coax it off the road. 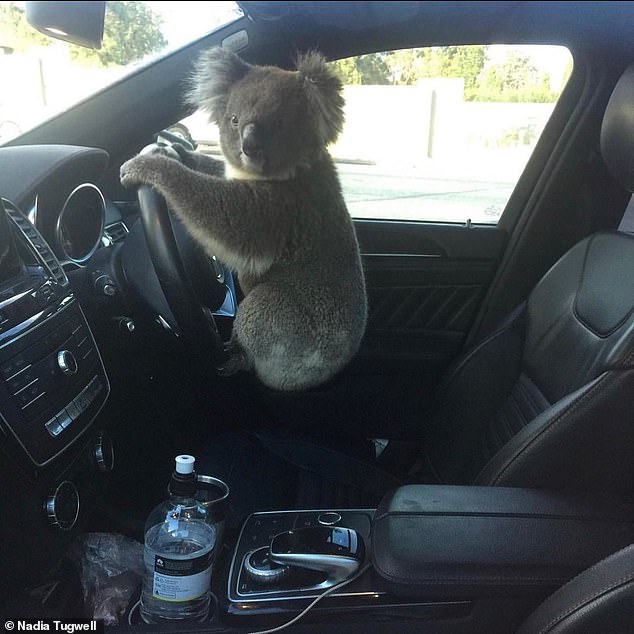 Adelaide’s cutest Uber driver? All in a day’s work for this naughty marsupial who caused a six-car pile-up on the busy South Eastern Freeway bang on 7am Monday peak-hour

His car was rear-ended by another vehicle near the Crafers exit, while other drivers smashed into each other trying to avoid the startled animal as it scampered around the divided highway, Adelaide Now reported.

Fortunately, nobody was seriously injured although South Australia Police said one person was taken to hospital with a sore neck.

Adelaide resident Nadia Tugwell, who was three cars back from the monster smash, pulled over to help.

Ms Tugwell spotted the koala close to her between the cars and a concrete barrier. 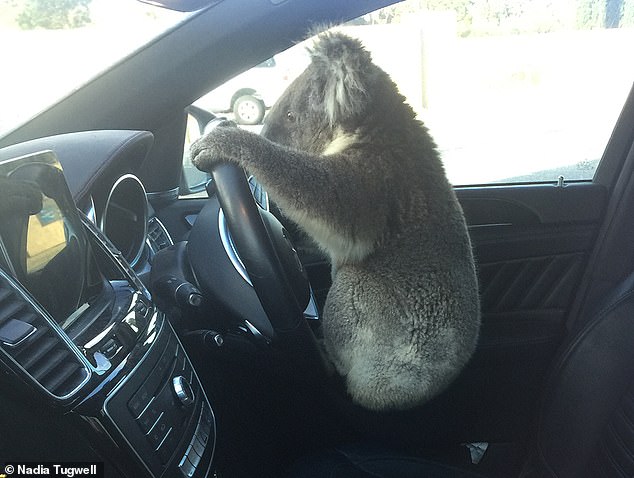 As hundreds of other cars were stuck in traffic, this koala got to play around in the front seat of Nadia Tugwell’s four-wheel drive, waiting for a rescue volunteer to take him back to the bush

‘Then I saw a lady running after it with a blanket trying to catch it,’ she told ABC News.

The naughty koala did his best to flee, but the two women soon captured the fugitive, wrapped it in a jacket and bundled it into the back seat of Ms Tugwell’s four-wheel drive.

Ms Tugwell took off for the service station at the bottom of the freeway to hand the koala over to an Adelaide Koala Rescue volunteer.

As she stopped and waited at the service station, she felt someone gently tapping on her shoulder.

‘That was the koala trying to get between the headrest and the window onto my seat,’ she said.

Traffic was banked up at peak hour on Monday (pictured, the queue) thanks to the koala’s highway antics 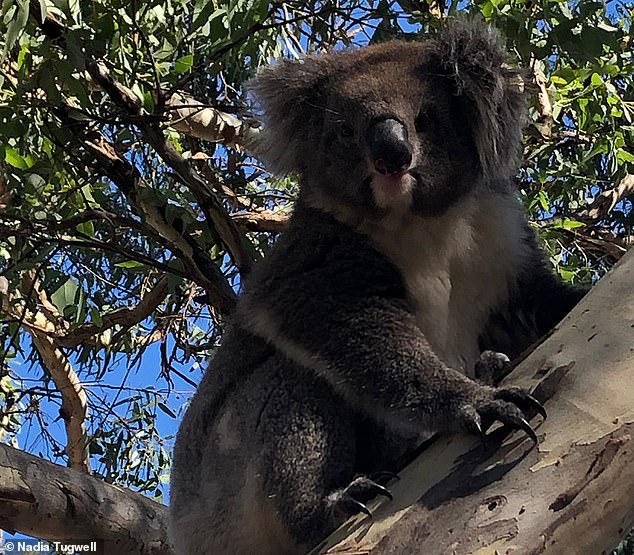 Wildlife rescuers released the koala into bushland 1km away from the freeway (pictured, after its adventure)

The curious marsupial can be seen in the video footage scampering around the front seat and dashboard before grabbing the steering wheel as if trying to drive away.

Fauna Rescue of South Australia monitor Anne Bigham said the koala was uninjured and had been released 1km away from the freeway.

She also thanked the rescuers who kept the koala safe despite the traffic chaos.

South Australia Police Inspector Damien Eichner, however, said drivers should not stop on the freeway to rescue animals, but instead call for police help on 131 444.