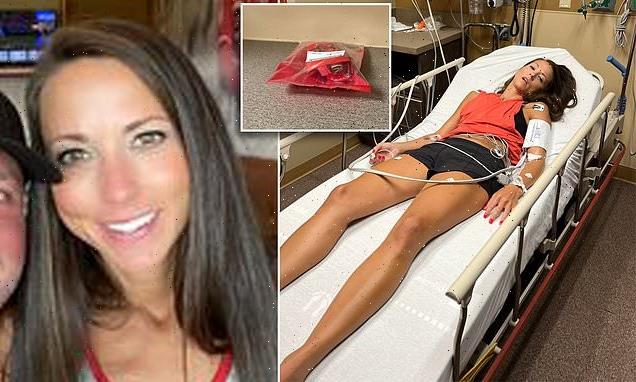 ‘My body went completely numb’: Kentucky woman nearly dies after picking up $1 bill from McDonald’s floor she suspects was laced with fentanyl – just weeks after cops warned against picking up money

A Kentucky woman was hospitalized after she picked up a dollar bill she suspected was laced with fentanyl on Sunday.

Parson says she was driving with her husband, Justin, and children through Nashville, Tennessee, when the family stopped at a local McDonald’s to use the restroom.

Renne was holding her three-month-old baby while waiting to use the restroom when she spotted a dollar bill on the ground.

‘Thinking nothing of it – I picked it up,’ Renne wrote.

Once the family got into the car, Renne began experiencing symptoms as she placed the dollar in the interior of the car.

‘All of a sudden I felt it start in my shoulders and the feeling was quickly going down my body and it would not stop,’ she explained. 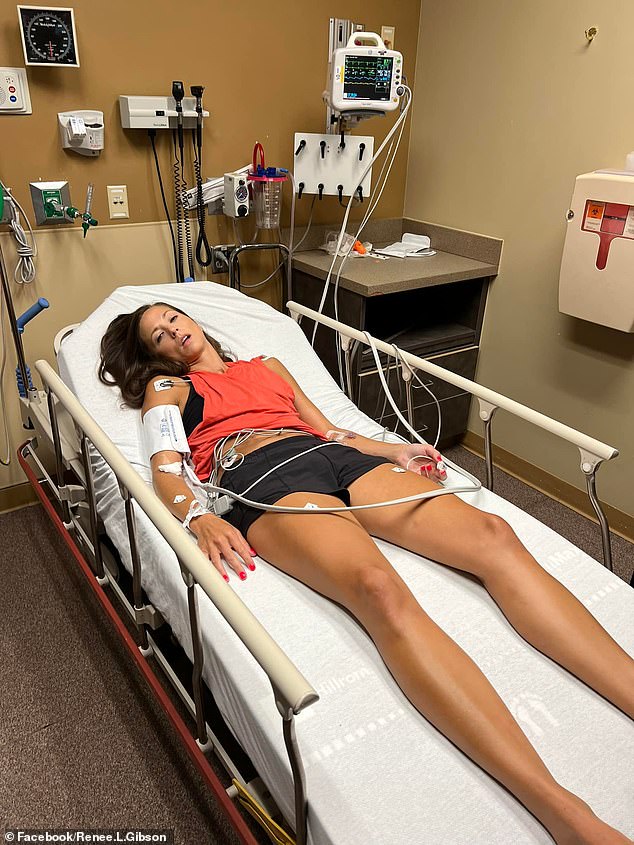 Renne Parson suspects she was poisoned with a dollar bill laced with fentanyl. Parson was waiting to use the restroom at a McDonald’s in Nashville, Tennesee, when she spotted the dollar on the floor

She added, ‘I could barely talk and I could barely breathe. I was fighting to stay awake as Justin was screaming at me to stay awake and trying to talk to 911 and find the closest Fire Station or Hospital. I passed out before we arrived at the hospital, but thankfully they worked almost as quickly as my husband did to get me there.’ 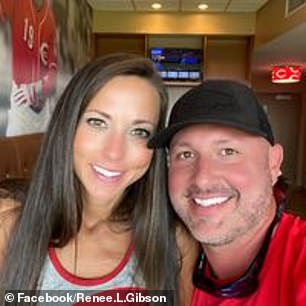 Renne’s husband, Justin, drove to the hospital at nearly 100 mph to help his wife who had passed out

Justin drove nearly 100 mph in a 35 mph zone, running every red light to get his wife to the nearest hospital.

Justin recalled the incident to WKRN News 2 saying, ‘She looked like she was dying. She certainly was unconscious and very pale.’

Justin later revealed that he felt side effects after his wife touched him.

‘My lips started going numb and my arm broke out in a rash,’ he said.

Justin’s symptoms subsided after an hour while Renne was starting to feel ‘somewhat normal’ within a few hours and with the help of medication.

She was later discharged by medical experts claiming it was an accidental overdose.

The couple speculates the dollar was laced in fentanyl. Renne shared Justin had previously warned her about picking money off the ground for the exact reason.

An officer arrived to take a police report and told the couple the dollar bill was either used to store or cut drugs and accidentally dropped, or it was purposely left there for someone to find, according to Renne.

However, a Metro Nashville Police spokesperson later told News 2 on Monday that there were no traces of fentanyl on the bill and it was taken to be destroyed.

What is fentanyl and why is it so dangerous?

Fentanyl was originally developed in Belgium in the 1950s to aid cancer patients with their pain management.

Given its extreme potency it has become popular amongst recreational drug users.

Overdose deaths linked to synthetic opioids like fentanyl jumped from nearly 10,000 in 2015 to nearly 20,000 in 2016 – surpassing common opioid painkillers and heroin for the first time.

It is often added to heroin because it creates the same high as the drug, with the effects biologically identical. But it can be up to 50 times more potent than heroin, according to officials in the US.

In America, fentanyl is classified as a schedule II drug – indicating it has a strong potential to be abused and can create psychological and physical dependence.

‘It is much more likely for her to have a reaction if she had inadvertently rubbed her nose and exposed that drug to some of the blood vessels in her nose or licked her fingers or rubbed her eyes,’ Dr. Rebecca Donald said.

In both cases, the money was found on the floor of a gas station with a ‘white powdery substance inside,’ the sheriff’s department wrote on Facebook, while urging parents to warn their children.

They sheriff’s office added, ‘This is very dangerous, folks! Please share and educate your children to not pick up the money.’

It is commonly mixed up with other drugs, most commonly cocaine.

More than 107,000 Americans died of drug overdoses last year, setting another tragic record in the nation’s escalating overdose epidemic, the Centers for Disease Control and Prevention reported in May.

The provisional 2021 total translates to roughly one U.S. overdose death every five minutes. It marked a 15 percent increase from the previous record, set the year before. The CDC reviews death certificates and then makes an estimate to account for delayed and incomplete reporting.

U.S. overdose deaths have risen most years for more than two decades. The increase began in the 1990s with overdoses involving opioid painkillers, followed by waves of deaths led by other opioids like heroin and — most recently — illicit fentanyl.

Mandy Moore, Chrissy Metz React to ‘This Is Us’ Emmys Snub: ‘Do I Wish We Were Recognized? Sure’
World News