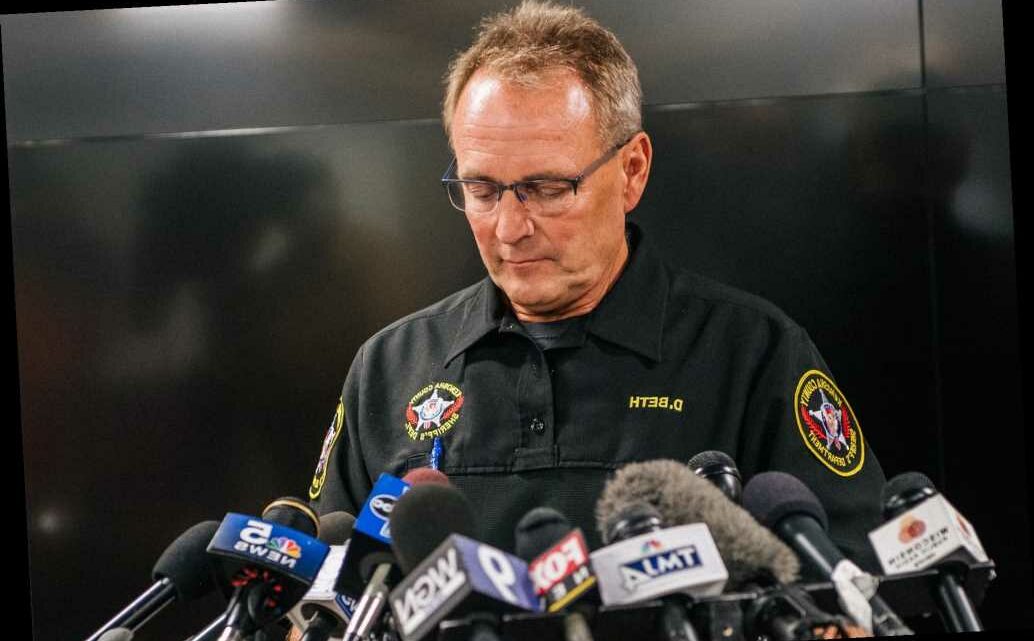 Kenosha sheriff reportedly made derogatory comments about black suspects in 2018

Kenosha County Sheriff David Beth — who has led the response to protests after the Jacob Blake shooting — has come under fire for inflammatory comments he made in 2018 about black suspects, including that they should be put in “warehouses,” according to reports.

Beth made the comments in January of that year after three black men and two black women were arrested for allegedly shoplifting from a Tommy Hilfiger store in Pleasant Valley, Wisconsin, the Milwaukee Journal Sentinel reported.

“I’m to the point where I think society has to come to a threshold where there are some people that aren’t worth saving,” Beth said at the time, according to the news outlet.

“We need to build warehouses to put these people into it and lock them away for the rest of their lives. These five people could care less about that 16-year-old who just got his driver’s license yesterday,” he said, referring to a high-speed chase in which the suspects crashed into a car driven by the teen, who was with his mother.

“They drove through a red light, they stole thousands of dollars’ worth of clothing, and they don’t care,” Beth said.

“Let’s put them in jail. Let’s stop them from, truly, at least some of these males, going out and getting 10 other women pregnant and having small children. Let’s put them away. At some point, we have to stop being politically correct. I don’t care what race, I don’t care how old they are,” he said.

“If there’s a threshold that they cross, these people have to be warehoused, no recreational time in jails. We put them away for the rest of their lives so the rest of us can be better,” Beth added.

The sheriff later issued an apology saying he should have kept his remarks “directed toward the incident” and should have not “allowed my emotions to get the better of me,” according to CNN.

“Even though my comments were not meant to offend people, I can see how they may have,” he said in a statement. “This 16 year old reminded me of my own daughter who just received her driver’s license less than a month ago.”

The sheriff then met with local NAACP President Veronica King, who said it was a good start, though many other leaders felt it didn’t go far enough.

“You don’t warehouse human beings,” said King, adding that she asked Beth if his response would have been the same if the suspects were white.

“He said, ‘Absolutely,’” she said. “He didn’t care what race they were and that race wasn’t a factor in his statement.”

On Thursday, the American Civil Liberties Union called for the resignation of Beth and Kenosha Police Chief Daniel Miskinis, citing a “failed response” to Blake’s shooting at the hands of Kenosha Police Officer Rusten Sheskey and the ensuing protests, CNN reported.

The 29-year-old, who is black, was paralyzed from the waist down after the white officer fired seven bullets into his back.