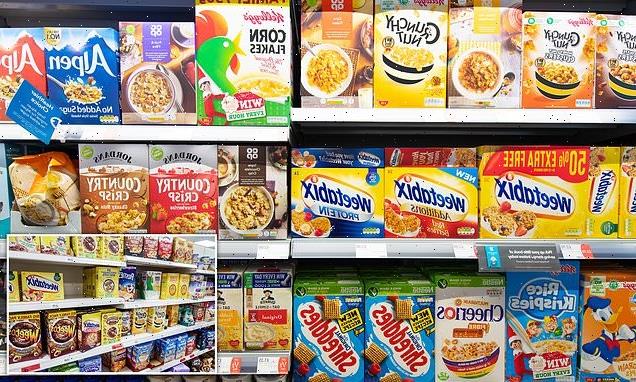 The manufacturer, which makes cereals including Crunchy Nut Corn Flakes, Fruit and Fibre and Coco Pops, says the decision will cost the firm millions in lost sales.

Legal action was launched against the Department of Health and Social Care (DHSC) over incoming regulations, which restrict where certain types of food are permitted to be displayed, and ban multi-buy promotions of food deemed high in fat, sugar or salt (HFSS).

In-store promotion of HFSS foods will be limited when the rules come into force in October, meaning they will not be allowed to be featured in high-profile locations such as checkouts, shop entrances and aisle ends.

At a hearing in April, Kellogg’s argued the regulations are unlawful because the nutritional value of breakfast cereals will be assessed by their dry weight as sold, rather than how they are eaten – usually with milk.

But in a judgment on Monday, Mr Justice Linden dismissed the claim, finding the issue of how cereals are consumed and should be measured had been considered and resolved in consultations. 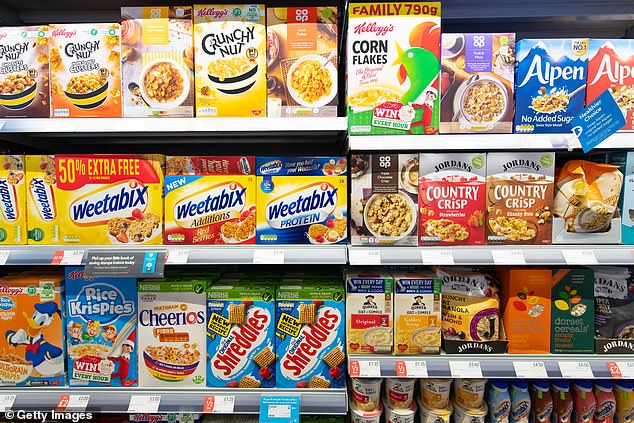 How much sugar, fat and salt is in Kellogg’s cereals?

‘In my judgment, the true position is that the fact that, in their detailed responses, none of the breakfast cereal manufacturers raised the issue during the consultation period of more than a year tends to support the view that the ‘as sold versus as consumed’ issue had long since been resolved, was well understood and was accepted in the sector,’ he ruled.

Mr Justice Linden said there is ‘no dispute’ that breakfast cereals can be part of a healthy diet.

He continued: ‘But the argument that there are nutritional benefits to the consumption of a given breakfast cereal does not affect the point that if it contains excess fat, sugar or salt, that feature of the product is adverse to a child’s health.

‘Still less is it an argument against seeking to encourage, for health-related reasons, the promotion and consumption of breakfast cereals which contain less fat, sugar or salt.

‘Nor does mixing a breakfast cereal which is high in, for example, sugar, with milk alter the fact that it is high in sugar.’

The judge said 54.7% of Kellogg’s current cereals will be classed as less healthy under the new regulations.

He added that 30% of Kellogg’s HFSS products are sold through location promotions – deals with retailers to place products in high-profile places, as well as promotions on websites.

Kellogg’s UK’s revenue and channel director previously estimated that 2.5 million kilogrammes of sales will be lost as a result of restrictions on these location promotions – counting for approximately £5 million in annual profits, the judge said.

Mr Justice Linden said there is an ‘irony’ to this evidence, adding ‘the adverse impact on Kellogg’s which he predicted directly correlates with what the Government is trying to achieve’. 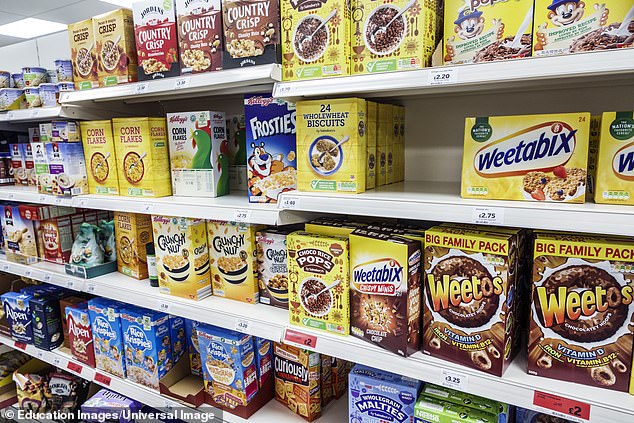 At a hearing in April, Kellogg’s argued the regulations are unlawful because the nutritional value of breakfast cereals will be assessed by their dry weight as sold, rather than how they are eaten – usually with milk

During the hearing, the judge was told that 100g of Frosties contains 37g of sugar.

‘The suggestion that Frosties should not be regarded as a less healthy product because of the nutritional value of the milk with which they may be consumed is surprising,’ Mr Justice Linden wrote.

He continued: ‘While disappointed with this judgment, we respect the decision of the courts and do not intend to appeal. We still believe that it is important that cereals are measured in a way which reflects how most people eat them – with milk.

‘We also remain concerned at the way the Government introduced these regulations – which, in our view, was without proper Parliamentary scrutiny.

‘By restricting the placement of items in supermarkets, people face less choice and potentially higher prices. That’s why, in the midst of a cost-of-living crisis, we would strongly urge the Government to rethink these regulations and put the consumer first.’

The Government is introducing new rules that will restrict the promotion and placement of food and drink that is high in fat, salt or sugar (HFSS) or ‘less healthy’.

The rules don’t just affect cereals, they affect all other categories of food and drink as well.

Products that are determined as being HFSS will not be allowed to be prominently displayed in the supermarkets or their online equivalents.

This means they can’t be placed at checkouts, on aisle ends or at store entrances.

They will also not be allowed to be advertised on TV before 9pm, while restrictions will also be put in place on promotions for them such as Buy One Get One Free offers.

Whether an item is classified as being ‘less healthy’ is based on a Nutrient Profiling Model (NPM) drawn up by the Department for Health.

This uses a scoring system which balances the contribution of ‘beneficial nutrients’ – such as fruit, vegetables, nuts and fibre – with that of ‘unhealthy’ nutrients – such as sugar, salt and saturated fat.

If a product scores above a certain amount on this matrix, it is classified as HFSS.