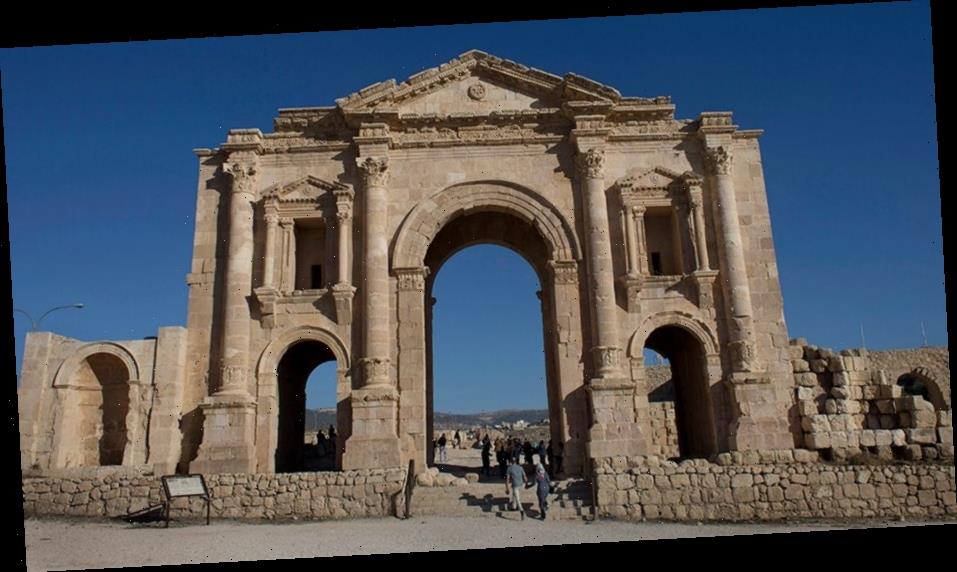 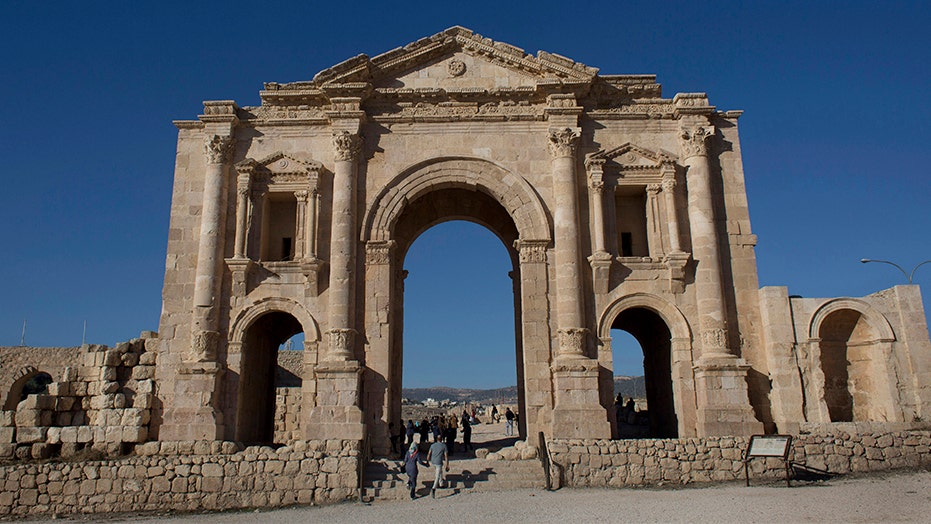 An unidentified attacker injured at least eight people during a stabbing spree at a popular tourist site in Jordan Wednesday before being subdued and taken into custody, reports say.

The incident in the archaeological destination of Jerash left three Mexican tourists, three Jordanians and one Swiss woman wounded, as well as a tour guide. One of the locals was a policeman, the Associated Press reported, citing a security official who spoke to the country’s state-run media.

"It's a dagger, it's a dagger, there is a knife. Please, help him now!" a woman was heard screaming in one video purportedly taken in the aftermath of the attacks. 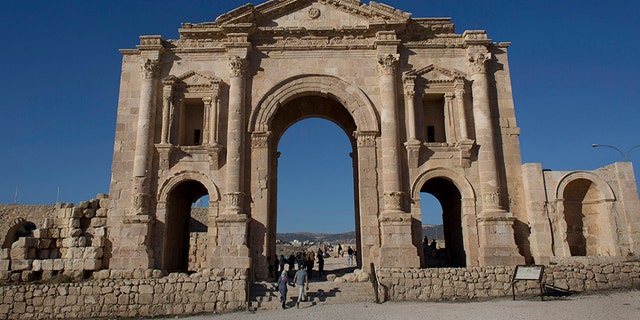 Tourists pass through the Arch of Hadrian, built during the Roman Empire, and the South Gate of the well preserved Ancient Roman city of Gerasa, in the city of Jerash, Jordan, in 2015.
(AP)

The amateur video depicted a disturbing scene in the ancient city whose ruins include a Roman amphitheater and a columned road. One woman is seen lying on a blood-soaked walkway as someone presses a towel to her back. Another man sits nearby with an apparent leg wound.

Details on the conditions of those wounded were not immediately known, though the Petra news agency said the most seriously hurt were airlifted to a hospital by helicopter.

There were no immediate details on the identity of the attacker or his motives.

Jordan's economy relies heavily on tourism, and Islamic militant groups in the past have targeted tourist sites.

Back in 2016, a series of shootings in Karak carried out by ISIS left 14 people dead, including a Canadian tourist.

Those attacks ended after four gunmen were shot and killed by Jordanian security forces during a standoff at Karak Castle, a Crusader fortress and popular tourist destination.