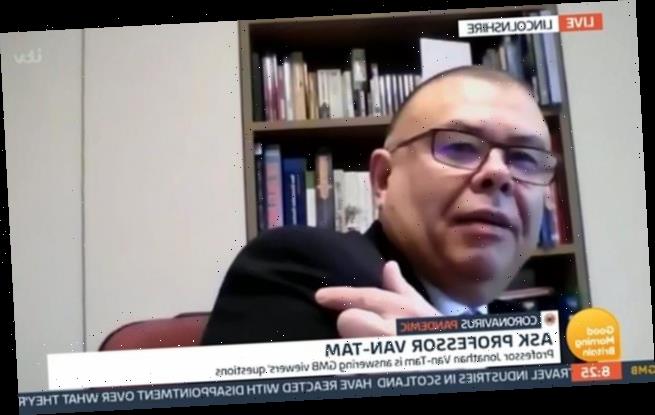 Professor Jonathan Van-Tam says he is considering getting a tattoo of his beloved Boston United FC once the coronavirus pandemic has passed.

And he had them in stitches when he revealed his family regularly talk about his plan for a little tattoo on his left shoulder in honour of his favourite football team.

He said on GMB: ‘I’m primed for this because I think you’re very clever.

‘I get up at seven o’clock and see what mood you two are in and see how much of a bashing I’m going to get at eight o’clock. 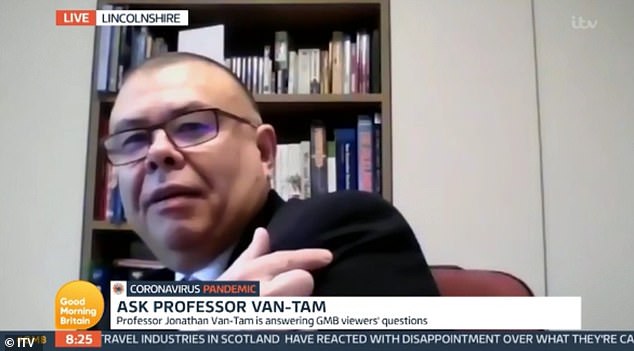 ‘Seriously, on tattoos, the subject does come up quite regularly in the Van-Tam household.

‘But it’s about whether, when the moment is right, when all this pressure is finished and maybe I’m in a quieter phase of my career, I’ll have a little left deltoid BUFC (for Boston United Football Club).’

Professor Van-Tam declared his love for the National League North side last May during a daily Coronavirus update.

He said at the time: ‘I’m a devout Boston United season ticket holder and I’m desperate for football to come back.’ 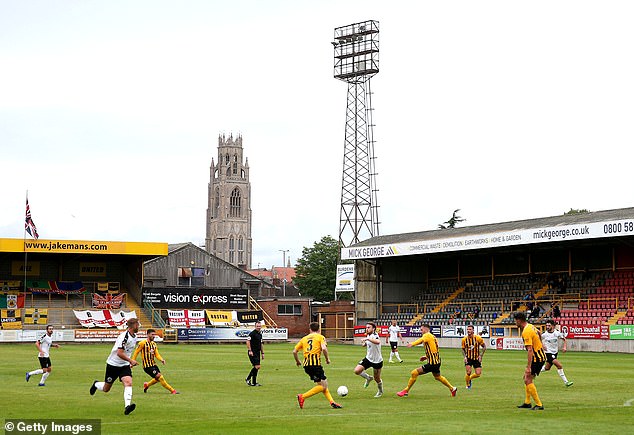 Boston United, in the amber and black shirts, play in the National League North

Earlier on this morning’s GMB he also revealed he does not mind at all when Government ministers call him by his initials, JVT.

He said: ‘I don’t mind… in actual fact, behind the scenes, everyone calls me JVT.

‘It is just what I’m known as within the whole Government ecosystem, but really going years before that, that’s kind of professionally how I’ve been referred to, and it’s absolutely fine.’ 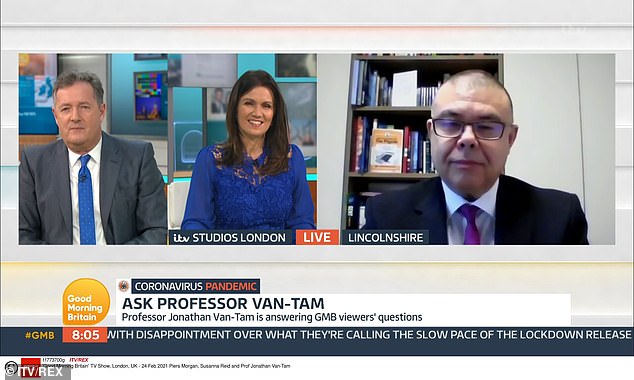 Meanwhile during a discussion on vaccines he told the British public there was good evidence they worked against the dominant strains in the UK, including the Kent strain.

And he supports schools reopening on March 8.

He said: ‘Do we have direct data that they’re (the vaccines) [are] going to work against (South) Africa or Brazil? No we don’t.

‘We have some evidence from the clinical trials for some of the vaccines, but until really these vaccines come up against those new variants in large scale, we’ll have to wait for those answers.

‘But I still think they’re going to reduce the likelihood of having severe disease.’

‘We just know that is a fact and most scientists have said very clearly that reopening schools has an effect on R (reproduction number).

‘But, as we’re kind of opening schools in this direction, we are pressing down on the virus in the opposite direction.

‘More and more of our priority cohorts are being vaccinated… and the uptake has been absolutely astonishing, significantly over 90% in all of the groups so far.’

‘We are in a different space now, and I say we’ve got to do it (reopen schools).’