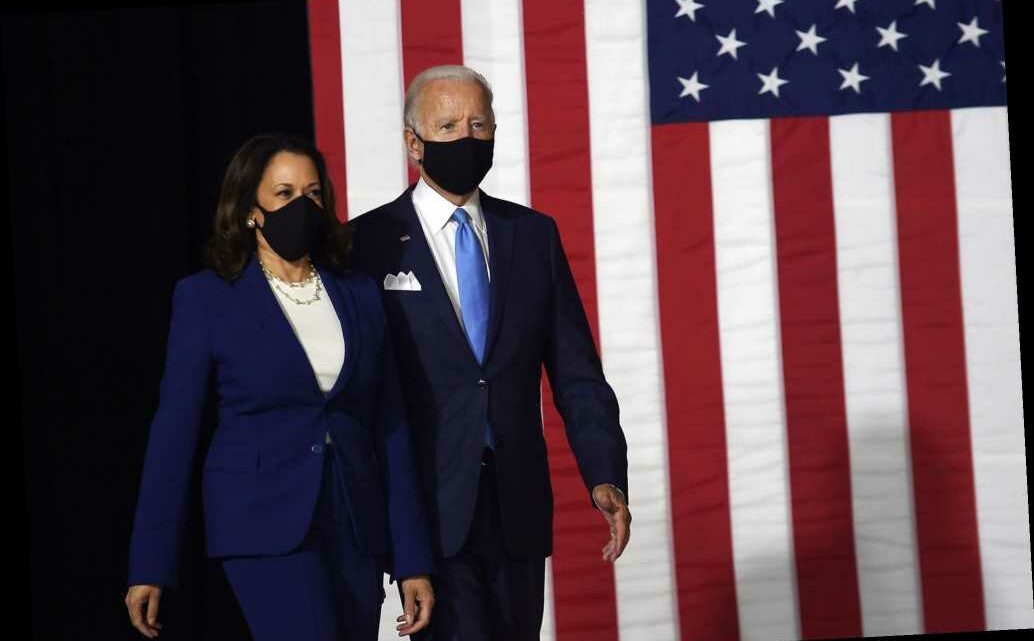 Joe Biden and Sen. Kamala Harris made their first public appearance as running mates on Wednesday at an event in Delaware where they bashed the Trump administration and promised to restore the nation to greatness without unveiling a clear platform of their own.

The Democratic presidential nominee formally introduced his vice presidential running mate in front of a small group of socially-distanced reporters assembled inside a public school gymnasium in Wilmington and said Harris would fight for America’s working people.

“I have no doubt that I picked the right person to join me as the next vice president of the United States of America,” Biden said, also praising the other female candidates he ultimately passed on.

“Kamala, as you all know, is smart. She’s tough, she’s experienced, she’s a proven fighter for the backbone of this country: the middle class,” he said.

But the pair failed to address any foreign policy issues, including an escalating cold war with China, and did not offer any specific solutions to the coronavirus crisis.

Harris, touting her prosecutorial experience, claimed “the case against Donald Trump and Mike Pence is open and shut.”

“Just look where they’ve got us: more than 16 million out of work; millions of kids who cannot go back to school; a crisis of poverty, homelessness, inflicting black, brown and indigenous people the most,” she said.

Biden, noting the attacks Trump has began lobbing at his new running mate, suggested he was afraid of strong women.

“Is anyone surprised Donald Trump has a problem with a strong woman or strong women across the board?” Biden asked.

Harris traveled to Wilmington from Washington, DC on Wednesday morning after being named as Biden’s running mate on Tuesday, ending months of speculation.

A modest crowd of supporters in masks gathered outside in the rain and held signs which read “Biden for President” and “Biden Harris 2020.”

One lone protester could be seen holding a sign that said: “Joe Biden equals abortion euthanasia and infanticide.”

The senator from California makes history as the first woman of color and woman of Indian descent to be nominated for national office on a major party ticket.

Biden, 77, described the former California attorney general as a “fearless fighter for the little guy” who would be ready to lead on day one.

The Oakland-born lawmaker was always considered the front-runner to join Biden’s ticket and Tuesday’s announcement ended months of speculation that he would choose her over a field of accomplished female candidates.

According to a CNN report, Biden interviewed 11 contenders in the space of 10 days but said he felt a deep, personal connection with Harris who was friends with his late son, Beau.

Biden said Harris had been an “honorary Biden for quite some time” because of her friendship with Beau.

This aquarium has been closed for almost five months. Now, it’s using old wishing coins to help care for its animals.