Home » World News » Jobkeeper kept them afloat during lockdown, so what happens now it’s over? 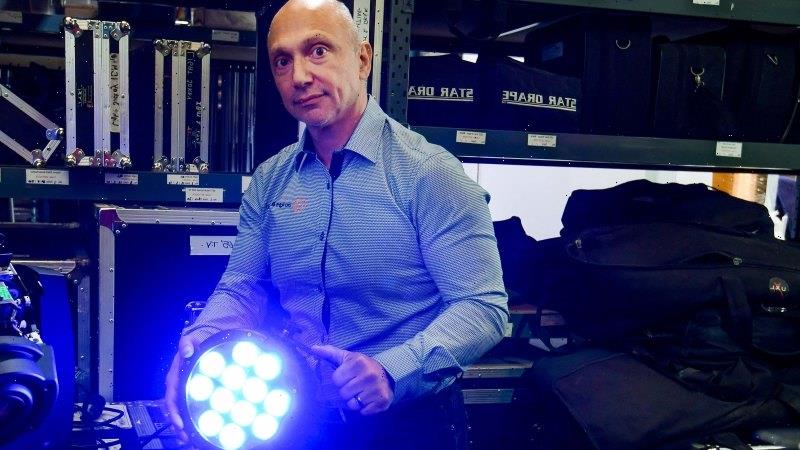 Jobkeeper kept them afloat during lockdown, so what happens now it’s over? 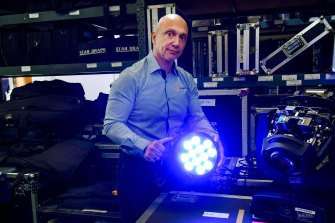 Stav Hatzipantelis, whose business suuplies equipment to the events industry, has had to let staff go after the JobKeeper wage subsidies ended.Credit:JOE ARMAO

obkeeper was one of the defining economic policies of Australia’s response to the onset of the coronavirus pandemic. Its end in March prompted a number of warnings about the consequences for those it had sustained.

In this special series The Age and the University of Melbourne’s Centre for Advancing Journalism speak to those who qualified for the unprecedented support to find out what it meant to them and how its end has affected them. Each of the case studies will be published in this one article over several days with the most recent at the top of the story so come back to read for updates.

It was Australia’s last big recession that led Stav Hatzipantelis into the casual gig that became his career and a thriving business. In 1990 he was fresh out of high school and gearing up to start a chiropractic course. But the economy was struggling, student numbers were cut, and he got pushed into the intake for the following year. He was enjoying an unscheduled gap year as a DJ when then Treasurer Paul Keating’s “recession we had to have” hit in earnest.

With youth unemployment peaking at 17 per cent, many reconsidered their dreams and ambitions. Mr Hatzipantelis started a business hiring DJ equipment to nightclubs.

“If it wasn’t for the recession, I probably would’ve stuck to school,” he says.

He is less optimistic about his prospects this time around. Mr Hatzipantelis, 52, was one of thousands of employers who used the federal government’s JobKeeper wage subsidy to keep employees on their books during the coronavirus recession. With the closure of the program at the end of March, and little sign of recovery as yet in his sector, he’s facing a tough reality.

‘Years from now, we’ll be looking back and saying: “look at how much was lost”.’

“With JobKeeper gone, that means our employees must be gone.” His manner is direct and his voice gravelly, as might be expected of someone who has spent decades making himself heard backstage at some of Victoria’s biggest events.

Nonetheless it’s tough, he reflects, because many of those losing their jobs are his friends.

“It’s a very close-knit community,” he says. “The events industry is really tough but … it’s a lifestyle people enjoy – they like the late nights, they get the satisfaction of building things together and creating things together.”

He worries that people will struggle to find alternatives. “It’s very difficult to go find a job when you’re 40 years old.”

Within a month of JobKeeper finishing, he says there will be only two full-time staff left: himself and his wife, Renata.

“We’ve been through a lot, my wife and I,” he says. “This is just another one of those things that we’re going to have to get through.”

He gets frustrated hearing the Prime Minister and Treasurer talk about economic recovery as the events industry struggles, and believes state and federal governments should be doing more to encourage local government and the private sector to host events.

He’s concerned that important skills and years of experience will be lost as people seek out other, more stable opportunities. The fallout won’t be noticed until “summer kicks in and everybody’s going to want to do events”.

In September, Prime Minister Scott Morrison announced a $50 million “injection” into the business events sector, but Mr Hatzipantelis says it is not enough for an industry worth $36 billion a year. “That trickle-down mentality hasn’t worked … years from now, we’ll be looking back and saying: ‘look at how much was lost’.”

While the Andrews government did respond to an industry rally at the steps of Parliament House in March by raising capacity limits for events, Mr Hatzipantelis says the lack of engagement by government has been disappointing.

“I would’ve loved to see the government take a more active role and more of a leadership role,” he says. “There’s just so much disappointment in our federal – and state – government, that we’ve been left high and dry.”

Mr Hatzipantelis knows how to adapt to the prevailing winds. As well as changing tack in the ’90s recession, he weathered the 2008 global financial crisis by moving into weddings when the corporate scene collapsed.

And it’s the resurging wedding scene saving him now. “Pre-COVID, people didn’t get married in [winter] months,” he says. “So, we’re lucky in that respect that we have got weddings during that period of time which would normally have been our corporate events.”

Despite the upheaval and uncertainty in his industry, Mr Hatzipantelis points to his own unexpected career trajectory as a source of optimism. “It’s during interesting times that careers are made.”

This special reporting project is co-published with The Citizen, a publication of the Centre for Advancing Journalism, University of Melbourne.