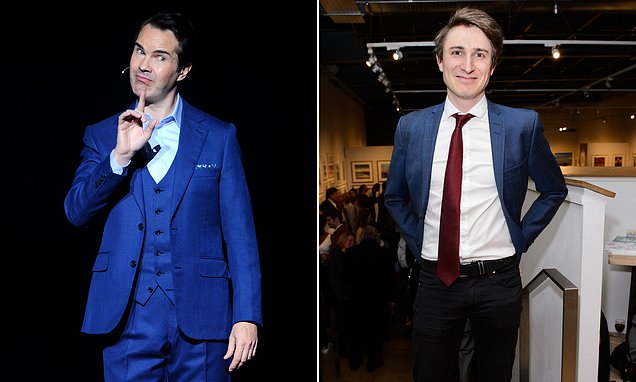 Carr breached broadcasting rules when he made a jibe about fellow comedian Tom Rosenthal’s nose in a trailer for Roast Battle Week.

Ofcom upheld a complaint from a viewer who said he had made a comment which was ‘clearly antisemitic, drawing on the racial stereotype of a ‘Jewish look’.

Roast Battle sees two comedians telling jokes as they attempt to ‘roast’ each other before their performances are judged and analysed by a panel of celebrities.

In a trailer for the programme, Carr asks Rosenthal: ‘You’re not Jewish?’

Carr then hits back: ‘Someone needs to tell your face!’

This is followed by laughter from the studio audience, as Rosenthal is shown laughing while holding his nose.

While no viewers complained about the joke in the programme, trailers have stricter guidelines.

The regulator said: ‘Ofcom is aware of a significant rise in reported incidents of antisemitism across Europe and in particular in the UK in recent years. 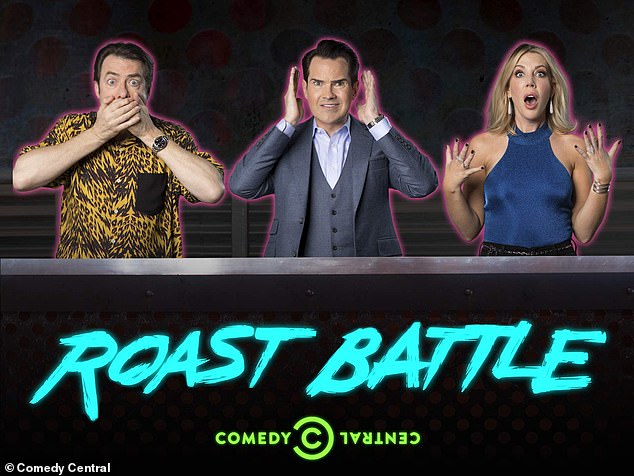 ‘One significant recurring stereotype has been discriminatory references to Jewish people’s physical appearance, which has been recognised as being clearly antisemitic. In our view the use of such a well-known antisemitic trope against this backdrop would have had the potential to cause considerable offence.’

An Ofcom spokesman added: ‘Our investigation found this trailer fell short of generally accepted standards by including an offensive, negative stereotype about Jewish people.’

Paramount UK, which hold the licence for Comedy Central, stopped airing the trailer after the complaint was upheld.

It stressed the content ‘was not intended as a joke aimed at the Jewish Community’ and it ‘would never want to intentionally offend our viewers with a trailer’.

Paramount ‘accepted the trailer was misjudged’ and apologised ‘unreservedly’.