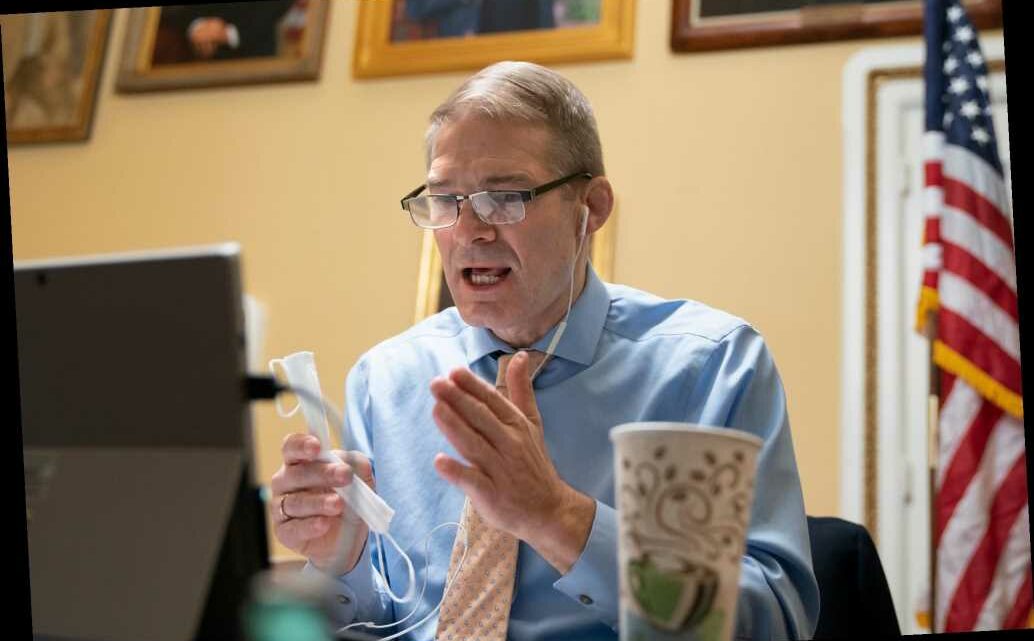 QAnon nut job to be given organic meals in federal lockup

National Guardsmen in DC to outnumber troops in Iraq and Afghanistan

Lawmakers on both sides of the aisle rebuked Jordan (R-Ohio) for pushing President Trump’s claims of voter fraud ahead of a vote on a resolution calling on Vice President Mike Pence to invoke the 25th Amendment to remove Trump from office in the wake of the Capitol riots.

Jordan, who was awarded the Medal of Freedom by Trump on Monday, repeatedly refused to acknowledge that President-elect Joe Biden won the election “fair and square” and warned that Democrats were launching more dangerous partisan proceedings.

“Will you admit that Joe Biden won fair and square and the election was not rigged or stolen?” Democratic Chairman Jim McGovern (D-Mass.) asked Jordan.

“What I did over the past several months is follow the process that the Constitution prescribes,” Jordan said, punting on the question.

“That’s not the question I asked,” McGovern shot back, before repeating his question.

Unbowed, Jordan replied: “He won because the way the process works is the last chance to object is January 6th and that objection didn’t prevail.”

House Democrats on Monday introduced a resolution calling on Pence to remove Trump by invoking the 25th Amendment and are expected to vote on a single article of impeachment Wednesday.

Section 4 of the 25th Amendment says a president can be involuntarily stripped of his powers if he’s deemed incapable of fulfilling his duties.

Angered by Jordan’s response, Rep. Jamie Raskin (D-Md.), the author of the resolution, accused the Ohio Republican of pushing “the very same lies and deceptions about this election that got us into this nightmare in this first place.”

“I feel an analogous disappointment that he will go to the ends of the Earth defending the lawless misconduct of this president,” Raskin said.

“Is there anything he could do that would cause Mr. Jordan not to defend him?” he asked.

“I don’t like these resolutions. I support them. We had damage, injury to this nation, the likes of which we haven’t seen for centuries,” he went on.

A growing number of Republicans have broken with Trump in the wake of the violent uprising and have publicly called on Trump to resign or have signaled they would be open to articles of impeachment.

Jordan condemned the violence — calling it “as wrong as wrong can be” — but said he was afraid another politically motivated impeachment from Democrats would only further divide the country.

“Congress needs to stop this effort to remove the president from office just one week before he is set to leave. Continued calls to impeach the president or remove him from office using the 25th Amendment, I don’t think, are healthy for our nation,” he said.

“Rushing this resolution to the floor will do nothing to unify or heal the country,” he went on, accusing Democrats of using the 25th Amendment as “a political weapon.”

“So here we are again, considering another divisive effort to go after President Trump.”

The commander-in-chief, on his way to Texas on Tuesday afternoon, told reporters at the White House before leaving that the push to impeach him twice was creating “tremendous anger” and that he’s not to blame for the violence at the Capitol.

There's a Very Specific Reason Monica Rambeau Is in 'WandaVision'