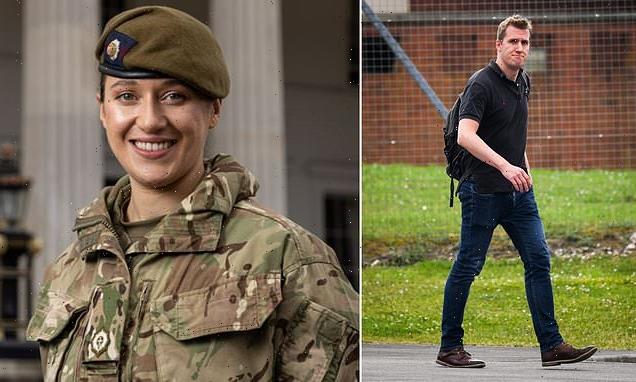 Jilted Army Lieutenant is cleared of shoving his ex-lover

A jilted British Army Lieutenant is cleared of pushing his ex-lover over a sofa at a formal regimental dinner so hard it knocked her unconscious as court heard she cannot remember what happened.

Patrick McGregor was alleged to have shoved Second Lieutenant Hannah Bird – the first woman ever to qualify as a Guards Officer – as she tried to leave the room following a ‘confrontation’ between the pair.

2Lt Bird claimed he attacked her because she argued with him after he ’embarrassed’ her earlier in the evening by talking over her at a soldier’s dinner.

But lawyers for Lt McGregor claimed she tumbled over the settee because she was ‘drunk and wearing high heels’.

Ms Bird, who the court heard left the lieutenant for a Sandhurst colleague, conceded she had been ‘under the influence’, having drunk prosecco, wine and gin and tonics.

The court had heard 2Lt Bird, who also works for Goldman Sachs as a trader, launched her complaints after being shown CCTV footage of the incident as did not remember the incident.

Judge Advocate Robert Hill directed a not guilty verdict due to there not being enough evidence. 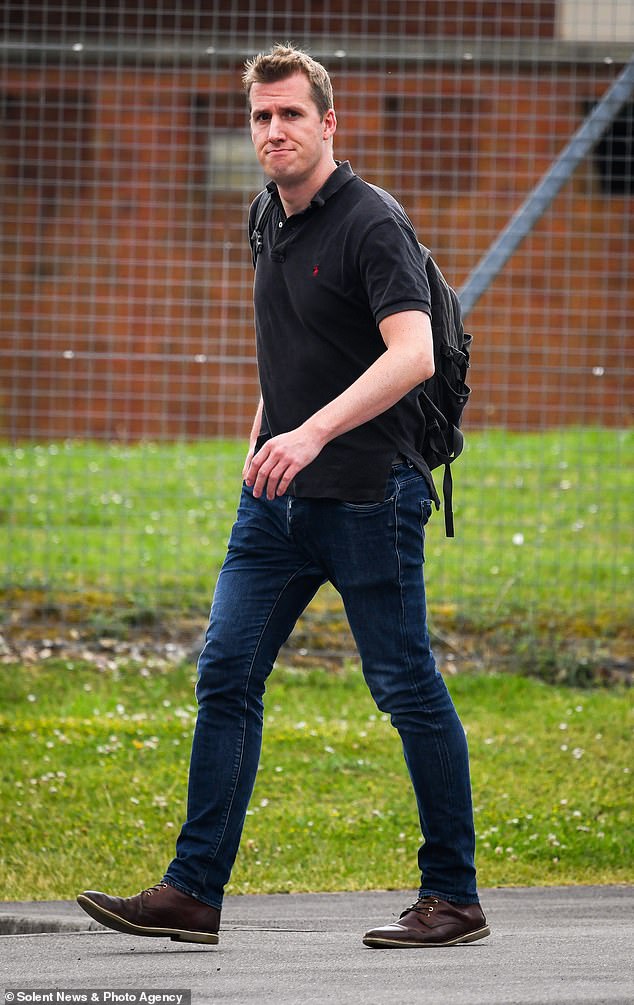 The two reservists, both of The London Guards, began their romance in the year before 2Lt Bird graduated from The Royal Military Academy Sandhurst as the first ever female officer in the prestigious Guards Division.

Though both agree 2Lt Bird was the one to call an end to their relationship, Lt McGregor says his former partner – who also works as a city banker – did so after falling for another soldier at Sandhurst.

Lt McGregor was cleared of assault occasioning actual bodily harm and an alternative charge of battery.

Bulford Military Court in Wiltshire previously heard the pair began a relationship after 2Lt Bird transferred to the London Guards – the Army Reserves battalion of the Guards Division – in December 2019.

The Guards Division provides two battalions for public duties in the London district, which also operate as infantry battalions.

The couple lived together for some time during their relationship, and Lt McGregor even helped his partner prepare for her eight-week officer training course at Sandhurst.

2Lt Bird, who also works as Security Trader at the Goldman Sachs investment banking company, made history when she became the first woman to graduate as an officer in the Guards Division.

The court heard 2Lt Bird, from Pinner in North London, ended her relationship with Lt McGregor whilst at Sandhurst at the beginning of 2021.

The pair met again at a regimental associates dinner at the Cavalry and Guards Club in central London months later in July. 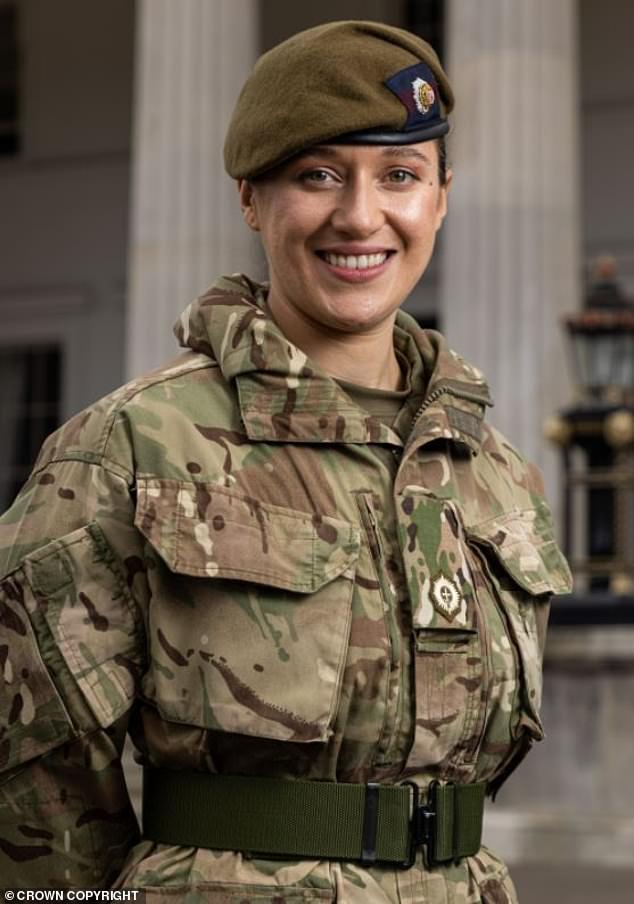 After exchanging pleasantries early in the evening, 2Lt Bird told the court she became ’embarrassed’ when her former lover kept interrupting her conversations with other friends.

During a private conversation later that evening, 2Lt Bird said she had told Lt McGregor not to embarrass her again and he then pushed her as she tried to leave the ante room, causing her to fall over a sofa and bang her head.

The 27-year-old said: ‘I tried to leave and walk past him, but Lt McGregor stopped me from leaving with his hands.

‘Then he used both hands to push me backwards. It was a forceful push and I next remember waking up on the other side of the sofa.

‘I heard Lt Smith tell [another officer] that Patrick had pushed me over the sofa and I had been unconscious for about ten seconds.’

However, Lt McGregor’s lawyer, Matthew Bolt, told the court 2Lt Bird had simply fallen over as she was ‘drunk and wearing high heels’.

2Lt Bird admitted she had been ‘under the influence’ after enjoying glasses of prosecco, wine and gin and tonics that evening.

She said: ‘I had two glasses of prosecco before dinner. There was some table wine so I had some wine with my meal.

‘After the meal I went downstairs to the bar. [..] I had [two] gin and tonics at the bar. I would say I found the sweet spot.

‘I can’t remember but I know my limits. I was under the influence by the time I went to the bar.’ 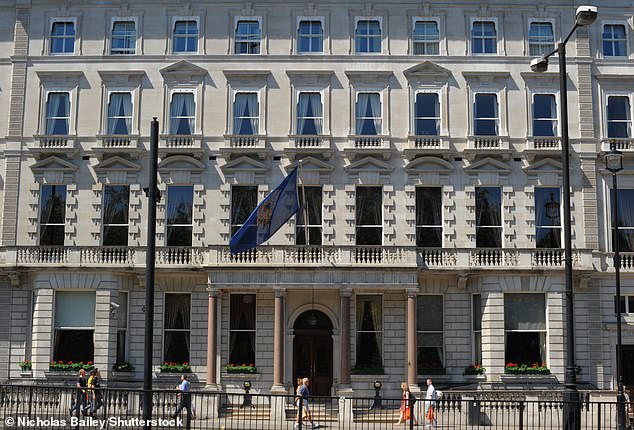 2Lt Bird also told the court she couldn’t remember being pushed over by Lt McGregor, and only decided she had been after viewing CCTV footage of the incident.

She explained: ‘[Being pushed] wasn’t in my statement because I wanted to be very sure of what I was writing down at the time.

‘Since then I have seen the video. It was like I had lost a couple of seconds […]. I still don’t have any recollection of the push.’

Cross examining 2Lt Bird, Mr Bolt said: ‘Your relationship came to an end by the time you left Sandhurst – the day before he was due to watch your passing out parade and collect you.

‘The relationship ended because you met someone else at Sandhurst. You quite simply collided with him in your anger and fell over. You were unbalanced. You made no mention of the gin and tonics to the RMP.

‘You lost balance because you were too close to Lt McGregor, you were wearing high heels and you were drunk.’

Lt McGregor was cleared of assaulting his former partner at the halfway point of the trial after the defence submitted there was no case to answer.