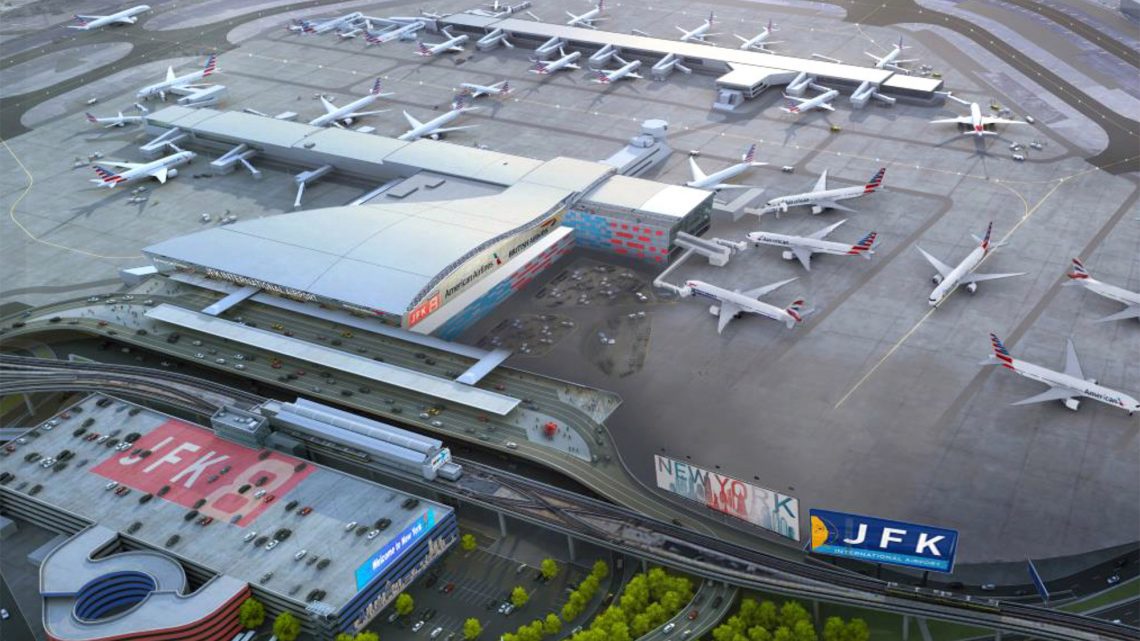 JFK Terminal 8 getting upgrade thanks to airlines’ $344M investment

“Only four months ago, we announced plans to transform JFK Airport into a state-of-the-art global hub, with new and unified terminals adding 4 million square feet and increasing the airport’s capacity by at least 15 million passengers annually,” Cuomo said in a statement.

“Today that transformation is well underway, with an extraordinary private investment that will turn JFK into a truly modern airport,” he added.

The governor touted the airlines’ investment as part of the state’s “broader efforts to modernize airports all across New York.”

The Terminal 8 upgrades will be based on a three-year agreement between the Port Authority and American Airlines years in preparation for British Airways moving from Terminal 7, which will be replaced as part of JetBlue’s plans to build a new terminal.

Ninety percent of the investment is from private funding and no Port Authority monies are being earmarked for the Terminal 8 upgrade, according to the announcement.

New amenities will include premium lounges for both airlines, improved baggage systems, premium check-in space and upgraded concessions. There also will be five additional wide-body gates to allow for additional trans-Atlantic flights.

The upgrade is expected to create 500 direct jobs and 750 total jobs over the project’s life, adding to the 9,600 new jobs in the governor’s original $13 billion JFK vision plan, which was unveiled in October.

JFK hit an all-time high of more than 61 million passengers last year, up 2.5 percent from the previous year’s record.