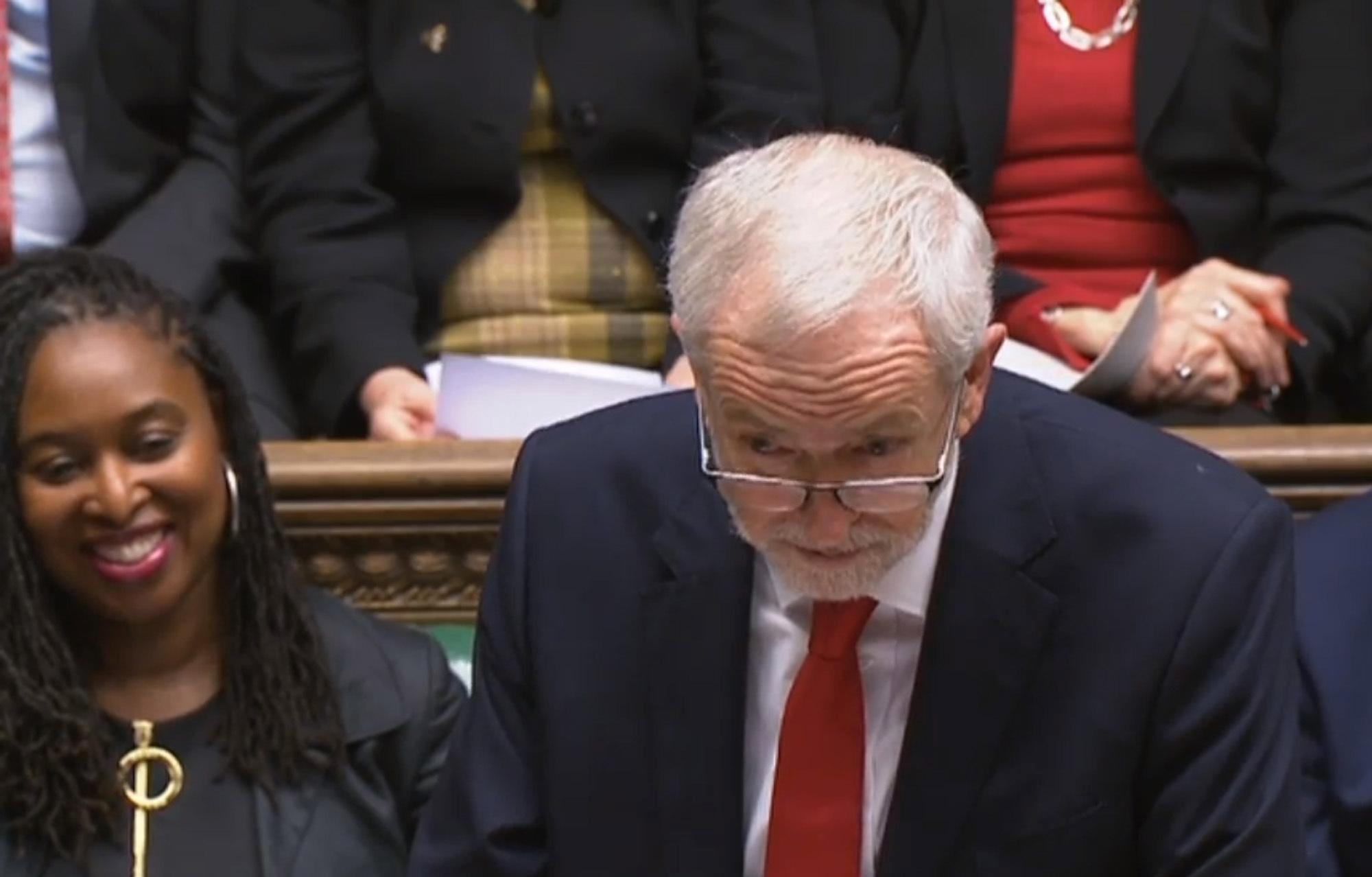 The Labour boss seemed utterly exasperated following a battering by the PM in the weekly Q&A session in Parliament this afternoon. 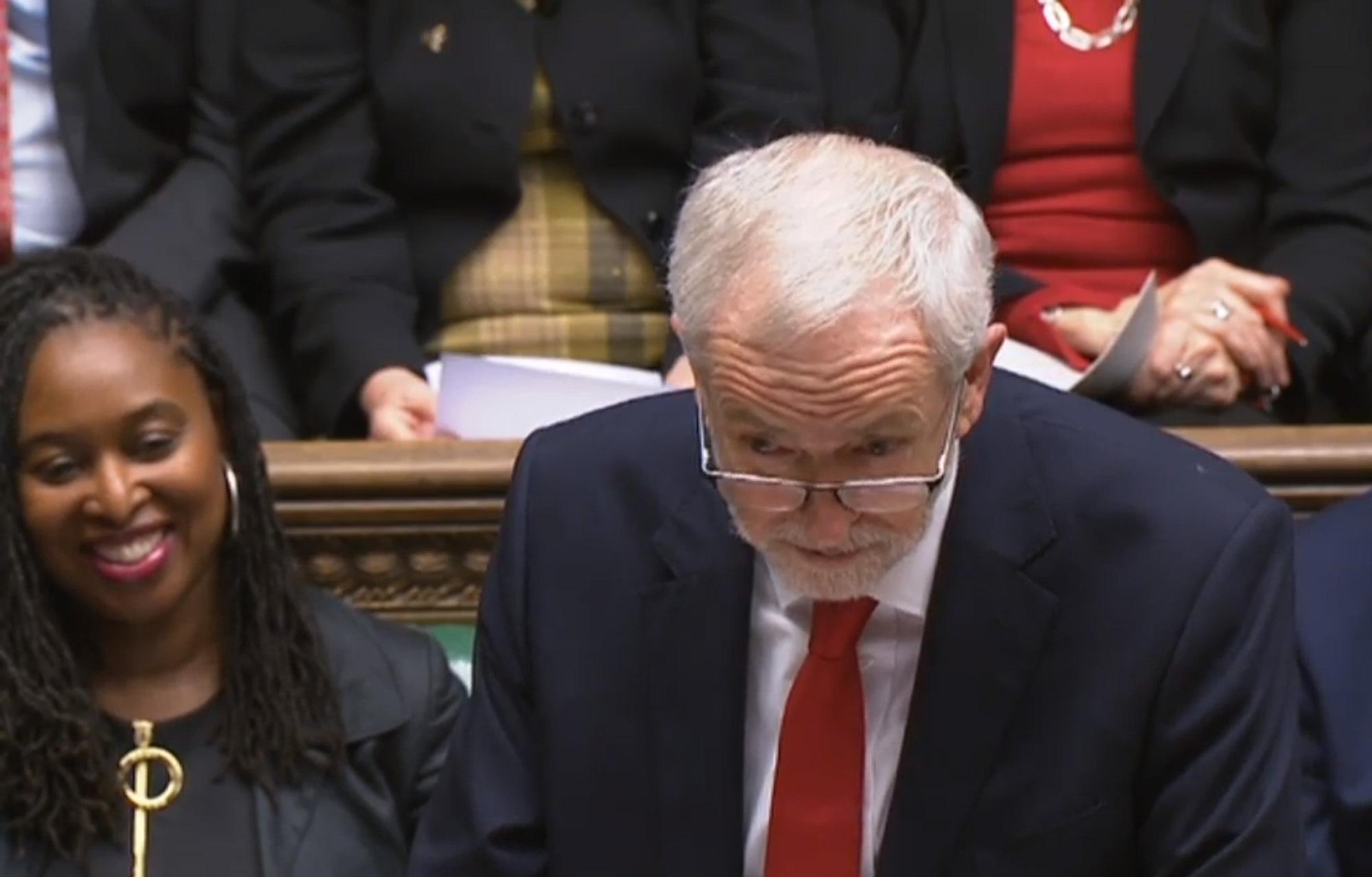 Mrs May joked at the end of the pair's exchange today: "I've got some advice for the Right Honourable Gentleman – look behind you!

"They are not impressed and neither is the country!"

Mr Corbyn then shook his head and muttered under his breath.

Health Secretary Matt Hancock said at his outburst: "The mast slips. Jeremy Corbyn's abuse of the Prime Minister shows what a reactionary misogynist he is." 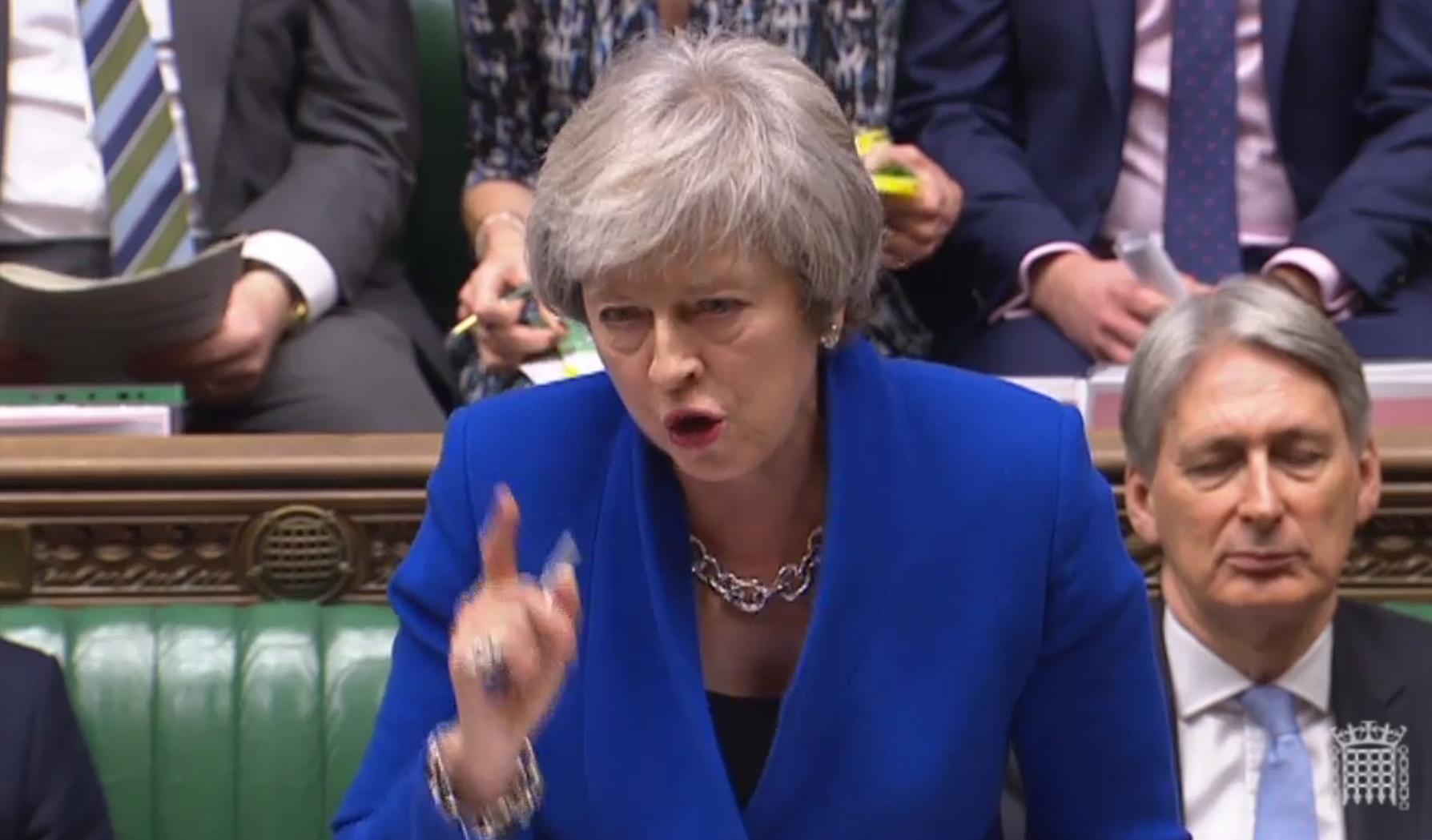 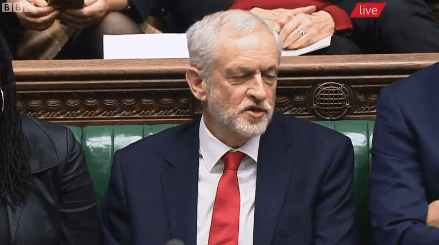 A furious Patrick McLoughlin raised a Point of Order minutes afterwards, fuming: "Would it not be appropriate for him to come back in the Chamber and apologise?"

MPs from across the chamber shouted "disgrace!" and "shame".

He said: "Will @jeremycorbyn apologise or clarify exactly what he was saying? Looks shocking on the film, unacceptable in any environment."

The fiesty exchange over our EU exit comes as:

Mrs May and the Labour boss had a heated debate about Brexit earlier today, which sparked off his angry comments.

He said that she could give no guarantee over when the Brexit vote would finally come before MPs, and argued that her "shoddy" deal has no support.

But Mrs May said he was dithering over his threats to put down a vote of no confidence in the Government.

And she took the mick about his lack of Brexit plan – suggesting he look for it in his stocking instead.

"I know it's Christmas and he has looked in his stocking, down the chimney, under the Christmas tree, but he still has not found a Brexit plan!" she joked.

"He has to accept his responsibility for delivering on Brexit.