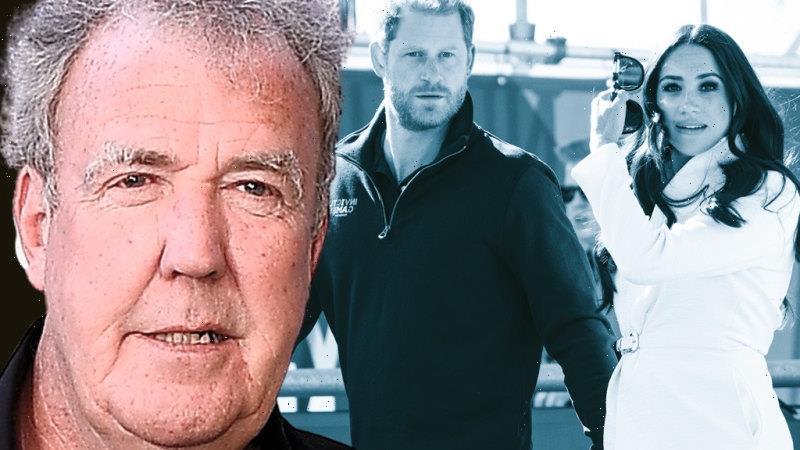 London: British television presenter Jeremy Clarkson has issued another public apology over a controversial newspaper column he wrote about Meghan, the Duchess of Sussex, amid reports he has been dumped from online streaming service Amazon Prime.

In a lengthy statement on Monday, the former Top Gear host he said he emailed Prince Harry and his wife on Christmas Day to say his column in The Sun in late December had been “disgraceful” and he was “profoundly sorry”. 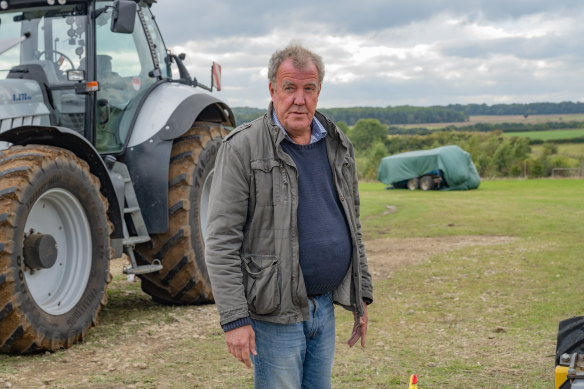 Jeremy Clarkson is set to be dumped by streaming service Amazon Prime.Credit:Amazon Prime

In the column, Clarkson wrote that he lay in bed “dreaming of the day when she [Meghan] is made to parade naked through the streets of every town in Britain while the crowds chant ‘Shame!’ and throw lumps of excrement at her”.

“I really am sorry. All the way from the balls of my feet to the follicles on my head. This is me putting my hands up. It’s a mea culpa with bells on,” he wrote on Instagram.

US-based Variety reported on Monday that Amazon Prime was “likely to be parting ways” with Clarkson after 2024, when his shows Clarkson’s Farm and The Grand Tour – which are in production – are due to end. Amazon has declined to comment on the report.

Harry and Meghan have attracted fierce criticism in the British media following a series of public interventions and attacks on the tabloid press following their decision to quit as working members of the royal family in January 2020 and move to the United States. The pair releases a six-part Netflix series in December and Harry’s best-selling memoir, Spare, which criticises members of his family has made international headlines since its release last week.

Clarkson, who was sacked from the BBC in 2015 following a physical altercation with a producer, had already released a statement before Christmas saying he “was horrified to have caused so much hurt”, while the Rupert Murdoch-owned Sun had also apologised and removed it from its website.

The 62-year-old has a long history of controversy and during his career as Top Gear host was accused of making several xenophobic or racist comments, including saying a car manufactured in Mexico would be lazy, and calling Romania “Borat country, with gypsies and Russian playboys,” causing local unrest.

A record 25,000 complaints had been made to the British press regulator since his Sun column was published, while more than 60 British members of Parliament from across the political divide had written to Clarkson’s employers, including ITV where he hosts Who Wants to Be a Millionaire, demanding an apology and “action taken”.

In his lengthy Instagram post on Monday, he said he usually read what he’s written before filing his copy, but he was home alone that day and in a hurry. 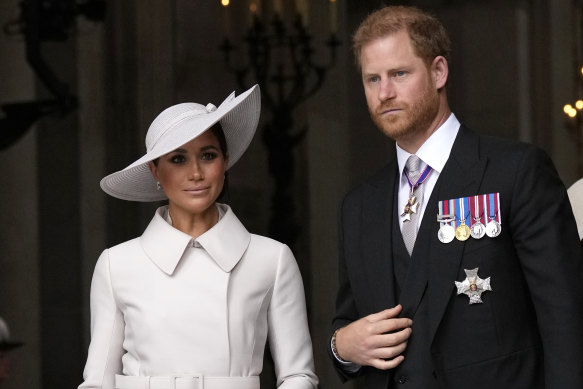 Prince Harry and Meghan Markle, Duke and Duchess of Sussex, leave after a service of thanksgiving for the reign of Queen Elizabeth II in June.Credit:AP

“So when I’d finished, I just pressed send. And then, when the column appeared the next day, the land mine exploded.” He said he picked up a copy of The Sun and quickly realised he had “completely messed up”.

“I knew what had happened straight away. I’d been thinking of a scene in Games Of Thrones, but I’d forgotten to mention this,” he said.

“So it looked like I was actually calling for revolting violence to rain down on Meghan’s head. I was very angry with myself because in all those controversial days on Top Gear, when I was accused of all sorts of things, it was very rarely sexism.

In a recent interview with ITV, Harry criticised Clarkson as well as the royal family for not commenting on the matter at the time. It was reported in December that Clarkson, as well as another vocal critic of Harry and Meghan, British journalist and broadcaster Piers Morgan, had dined with Camilla, the Queen Consort at a Christmas lunch alongside a handful of other hand-picked celebrity friends.

Morgan, a fierce rival of Clarkson who was once punched him three times in the head during a long-running feud, lost his job from ITV’s breakfast television program in 2021 after he cast doubts over Meghan’s claims of racism within the royal family.

Clarkson added that he had “tried to explain” himself, but there were “calls for me to be sacked and charged with a hate crime”.

He said often when a well-known person was asked to apologise for something it was “never enough for the people who called for it in the first place” but he hoped he could “buck the trend.”

He also acknowledged that his own daughter Emily had been among his critics.

In a statement, a spokesperson for the Duke and Duchess of Sussex said Clarkson addressed his correspondence solely to Harry.

“While a new public apology has been issued today by Mr Clarkson, what remains to be addressed is his long-standing pattern of writing articles that spread hate rhetoric, dangerous conspiracy theories and misogyny,” the spokesperson said.

“Unless each of his other pieces were also written ‘in a hurry’, as he states, it is clear that this is not an isolated incident shared in haste, but rather a series of articles shared in hate,” they added.