Home » World News » JANET STREET-PORTER: Turn off the lights to save electricity? Who knew 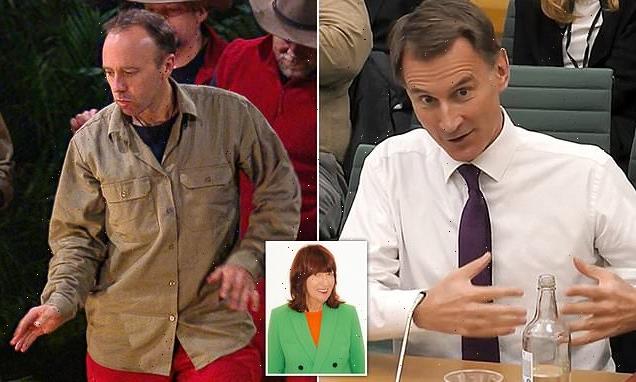 JANET STREET-PORTER: Turn off the lights to save electricity? Who knew

JANET STREET-PORTER: Turn off the lights to save electricity? As Britain freezes in the winter of discontent, another brilliant lightbulb moment from the Department for the Bleeding Obvious

Jeremy Hunt has made an astonishing discovery he’s keen to share: it’s possible to save money on heating bills by turning radiators off and drawing the curtains at night! Who knew?

And – another amazing revelation speeds our way from the Chancellor: why not try turning lights off when you leave a room? Now that’s a money-saving tip most of us probably hadn’t thought of.

The government is planning to spend £25 million of taxpayers’ money on a TV and social media campaign designed to show us – the dumb public – how to reduce our energy bills by up to £450 a year.

Lettuce Leaf Liz Truss vetoed this idea during her brief spell in office, describing it as ‘nannying’. Now, levelling up mastermind Michael Gove is fully behind the ‘how to turn off your lights all by yourself’ campaign. He says the series of messages will not be patronising or nannying but will offer us ‘authoritative sources of advice’. 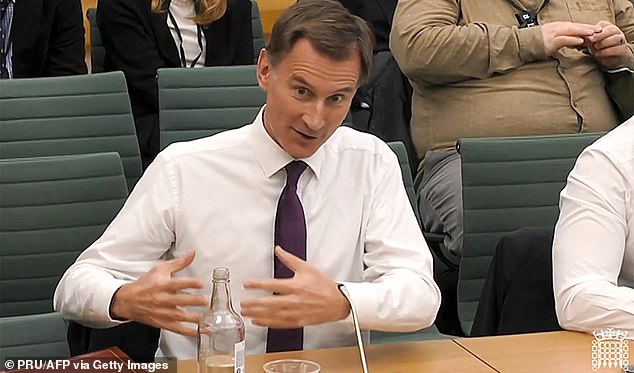 Jeremy Hunt has made an astonishing discovery he’s keen to share: it’s possible to save money on heating bills by turning radiators off and drawing the curtains at night! Who knew?

Most of us have spent the months since energy prices soared thinking of NOTHING ELSE but how to reduce our bills. What magical advice can there be we haven’t already thought of?

Where are the ways of using less energy that don’t involve the bleeding obvious? The only way to reduce an energy bill is not to use any energy.

The government might dress this up as a patriotic gesture – plucky Brits showing evil Putin he can’t control our lives by charging the earth for gas – but the reasoning behind the campaign is nothing to do with concern for our bank balances or our wellbeing.

Any reduction in our energy consumption is saving the government far more money than it will ever save us, because they have committed to capping our bills until April 2024, which could cost around the Treasury around £45 billion. At present, average bills are capped at £2,500 until next April and at £3,000 for a year after that. As the war in Ukraine shows no signs of ending soon, energy prices will not be shrinking for the foreseeable future. 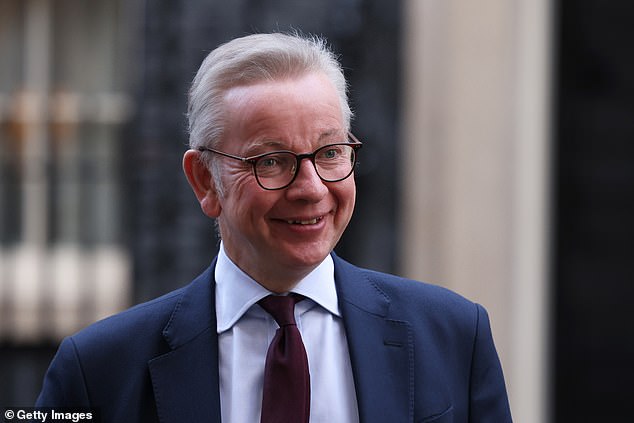 The government’s media energy campaign will start running before Christmas. Between the TV ads for Christmas feasts featuring a ton of festive lighting, spreads of roast turkey, ham, sausages and all the trimmings, can we expect to see a government approved -celebrity mouthing off about taking shorter showers, only having a gas-guzzling bath when you truly stink (joking), washing your underwear in cold water, and only putting the heating on when you are actually in your home?

Of course, the best answer for this government – faced with soaring energy costs, and an expensive commitment to help us pay our bills – would be if we stopped washing except for our ‘top and tails,’ wore dirty clothes, wrapped ourselves in duvets and old newspapers, read by candlelight and only put the cooker on for a maximum for 30 minutes a day – so roast dinners are out.

Even better, we could move into the local Wetherspoons during the day, provided Tim Martin hasn’t closed another couple of dozen over the weekend.

When a government hands out advice, the results can backfire and simply state the bleeding obvious.

Sure, the buckle up seatbelt campaign was shocking – and very successful. On the other hand, every health campaign telling us to eat fruit and vegetables, exercise more and lose weight has been a costly failure. We’re still fat and certainly not fit.

During covid, we were plagued with nagging nerds from Sage telling us to wear masks, open windows, and maintain social distancing at all costs, even when the pandemic was waning. The advice was repetitive and often verged on the ridiculous. The ‘rules’ were utterly confusing. 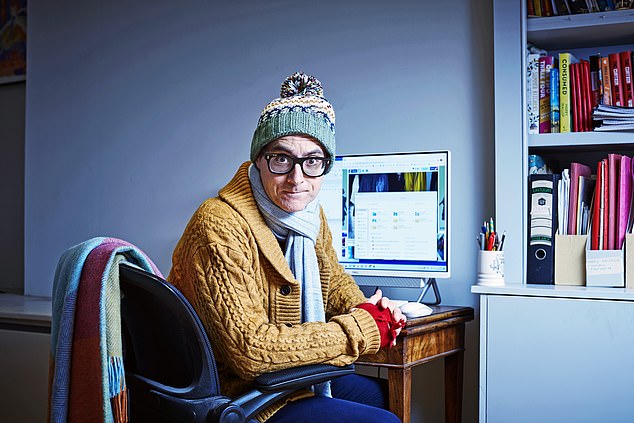 Most of us have spent the months since energy prices soared thinking of NOTHING ELSE but how to reduce our bills. What magical advice can there be we haven’t already thought of?

Hymn singing was banned at funerals. Actors and opera singers were told not to shout or make too much noise. People wore masks in the open air to go for a walk. There was so much confusion and distortion of the risks involved.

As for using less energy, we live in some of the oldest housing stock in Europe, with antiquated and restricted planning rules which prohibit changing windows and doors in listed buildings and conservation areas to make them more energy efficient.

Our homes eat up fuel and the £25 million being used for this new media campaign would be better spent on loft insulation and new thermostats for our radiators. And who can afford a plumber at £75 an hour to come and drain their sluggish heating and recalibrate their boiler? You could invest in a remote thermostat so you can change the heating while you’re at work, but that’s another couple of hundred quid.

Jeremy Hunt has unveiled a £6 billion fund to better insulate our lofts and windows- but the money isn’t available until 2025, and it could be seen as a massive success (albeit too little and too late) for those Insulate Britain campaigners who blocked the M25 and caused chaos back in 2021.

The National Grid can barely cope with our energy demands at the moment, and is offering customers discounts in certain areas if they turn off their appliances during peak periods in the early evening and wash their clothes overnight. 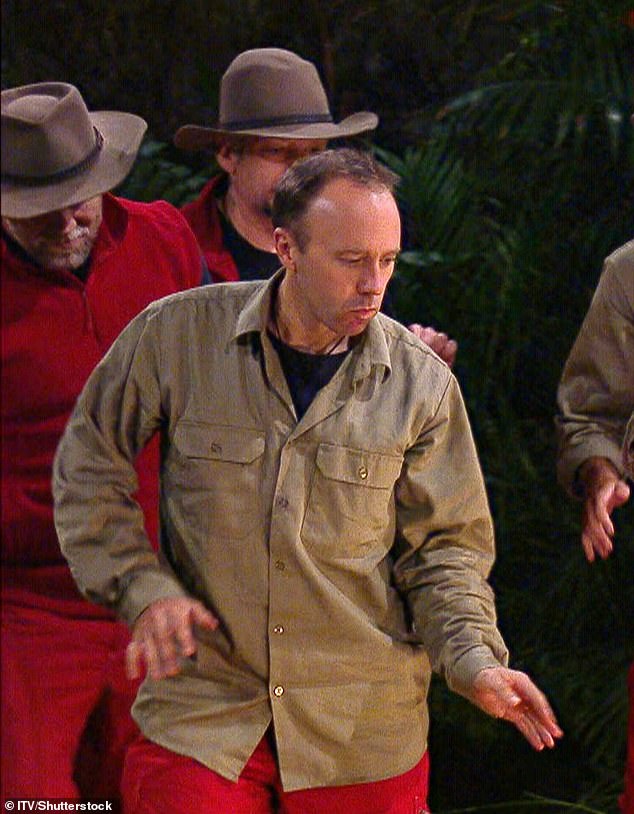 The ‘expensive’ option involves celebrities – but who would be acceptable and seen as non-patronising? The government can’t afford Peter Kay, although Matt Hancock could be free by next week

Jeremy Hunt didn’t grow up in a home where the cost of a bath versus a shower could have been a cause for concern. The son of an Admiral, he was educated at a private school followed by Magdalen College at Oxford University. Having founded a company offering educational courses, he received £14 million when it was eventually sold.

I have no doubt that he offers us these ‘tips’ with good intentions, but they come from a position of privilege. To most of the population, the worry over energy bills and rising mortgage costs means they have already spent hours and hours trying to work out what they can do without. Food has to be heated, and clothes washed. To tell us how to live our lives and heat our homes in the British winter is plain insulting.

Mr Hunt is said to be considering three options – the cheapest – costing £5 million – uses digital messaging. TV advertising featuring government ministers costs more- but would hardly be compulsive viewing during the Christmas specials. The sight of Michael Gove telling us to wash our sheets on a cold setting would have all the impact of a wet tea towel and most viewers would press the mute button on the remote.

The ‘expensive’ option involves celebrities – but who would be acceptable and seen as non-patronising? The government can’t afford Peter Kay, although Matt Hancock could be free by next week.

Of course, the simplest way to save energy costs is to turn everything off and go out.

Unfortunately, going anywhere else won’t be easy. In the coming days, rail strikes, Overground strikes and bus strikes are all planned. Your cards and parcels will be sitting in a depot as the posties are on strike too. And you can forget about going to the pub to drown your sorrows – hundreds of delivery drivers have stopped work.

Best to build an igloo and hibernate till spring.