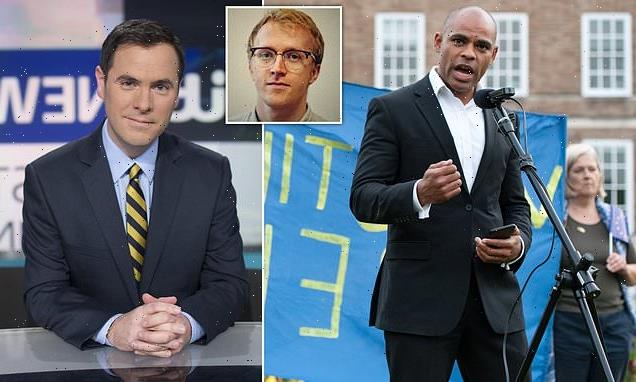 ITV has joined the BBC in boycotting Bristol Council’s mayoral briefings after the council banned a local reporter for asking the Labour politician if he saw the irony in flying to Canada to give a short speech on climate change.

Local Democracy Reporter (LDR) Alex Seabrook, whose who works for the BBC and the Bristol Live website, asked Mayor Rees whether he could instead have done the 14-minute TED talk via Zoom.

In a clip which has now gone viral, Mr Seabrook was interrupted by a press officer who questioned whether he should be allowed to ask this question.

He and other LDRs have since been banned by Bristol Council but other journalists and organisations have rallied behind him in support – with the BBC yesterday, June 23, deciding to boycott Bristol Council.

ITV West Country have now joined the BBC and have pledged not to attend or cover any of the mayoral briefings until this ban is lifted.

‘We will not attend the fortnightly press briefings held by the Mayor until the exclusion of Local Democracy Reporters is lifted.’

In the cringeworthy virtual press conference, Saskia Konynenburg, head of communications at Bristol City Council, said that she did not think the reporter’s question on the mayor’s 9,200-mile round trip in April to give a climate talk was ‘legitimate’.

Interrupting the local reporter she said: ‘My question is Marvin was fully-funded by TED to attend so I couldn’t quite understand what the role as an LDR would be in asking that question. I think it is probably for a journalist from a newspaper but I can’t quite see the link to LDR.’

Ms Konynenburg markets herself as an ‘influential communications leader, focused strategist and innovative content creator’ and was a reporter for three months in her career largely working for the public sector and charities, according to LinkedIn.

When Mr Seabrook said his job was to hold the mayor to account, she replied: ‘I think it probably is from a journalist from a newspaper, but I can’t quite see the link to LDR, but I’ll leave it there.’

The Local Democracy Reporting Service is a news agency funded by the BBC, with reporters working on regional titles across the UK covering local authorities and other public-service bodies.

In the press briefing from June 8, Mr Seabrook asked: ‘I want to say your TED talk was very interesting.

‘I wondered, firstly, if you saw the irony in flying so far for climate change, and secondly, why you can’t use Zoom instead?’

Reporter Alex Seabrook (left), who works with the BBC and the Bristol Live website, questioned Bristol Mayor Marvin Rees (right) about the ‘irony’ of his long flight to deliver a talk on climate change

Bristol’s woke warriors attracted fresh ridicule by calling for the public to boycott a popular cider producer over its tenuous links to slave trader Edward Colston.

The ‘Countering Colston’ group – which campaigns to cleanse Bristol of his legacy – were branded ‘heartless bastards’ for urging drinkers not to buy Thatchers Cider in February.

Activists are angry about fourth generation cider maker Martin Thatcher’s membership of the Society of Merchant Venturers, which is now a charitable organisation dedicated to education and the care of the elderly but in its previous incarnation had Colston as a member and was heavily involved in Transatlantic slavery.

In May a jury cleared a Kill the Bill rioter after accepting he was acting in self-defence when he stole an officer’s baton and kicked their shield – months after BLM activists who tore down a statue of Edward Colston also walked free.

Kadeem Yarde, 24, was among hundreds of young people who marched on Bridewell police station in Bristol city centre on March 21 last year.

More than 40 officers were injured during the ‘mass disorder’, in which the windows of the police station were smashed and several vehicles set alight.

The demonstration was organised to show discontent towards the Government’s Police, Sentencing and Courts Bill – with the riots subsequently dubbed ‘Kill the Bill’ protests.

In April a PhD student has lost her attempt to sue Bristol University after claiming they colluded with trans activists who wanted to ‘cancel her’ when she said only biological women can give birth.

Raquel Rosario-Sanchez had alleged university chiefs had failed to protect her when the row blew up over the use of the word ‘maternity’.

Feminist Ms Rosario-Sanchez said Bristol – dubbed the country’s ‘wokest’ university – did not tackle transgender activists who targeted her in a two-year hate campaign.

Mr Rees said that he felt that there was ‘no irony’ because ‘mayors need to be involved in shaping national and international policy.’

He added: ‘We can’t leave it to national politicians because they’re failing us, we saw that at COP. Bill Gates was there.

‘He was there to combat climate change. Elon Musk was there.

‘So the question is, how do you get the biggest platform.

‘Then it is how do you maximise the platform for that?

‘With all the best will in the world, getting it on the Bristol Live website isn’t going to give us that platform, is it?’

However, after he had finished speaking, Ms Konyenburg suggested the question was inappropriate for Mr Seabrook to ask in his role as an LDR.

She said: ‘In terms of your role as an LDR, from my understanding, it would be to report and provide impartial coverage regarding the regular workings of local authorities and public sector bodies.

‘My question is that Marvin was fully funded by TED to attend this conference, so I couldn’t quite understand what the role is in an LDR asking those questions?’

The reporter replied: ‘It’s holding people who lead local authorities to account, obviously being the leader of Bristol City Council there were questions regarding the huge amount of carbon emissions from flying so far. So I think it is a legitimate question.’

Ms Konynenburg interjects: ‘I think it probably is from a journalist from a newspaper, but I can’t quite see the link to LDR, but I’ll leave it there.’

The Bristol Post today agreed not to send Local Democracy Reporters (LDR) to events held by Bristol City Council’s mayor, a spokesperson for the council said.

But they insisted that the LDR reporters were not barred.

It comes after a council boss blasted one of the reporters, part of a news service funded by the BBC, – because they were ‘not a journalist from a newspaper’.

The question was put forward by Local Democracy Reporter Alex Seabrook, who works with the BBC and the local Bristol publications.

A spokesperson for Bristol City Council confirmed there had been a ‘long-standing’ agreement the reporters wouldn’t be sent.

They said: ‘There has been a long-standing mutual agreement between the Mayor’s Office and the Post about personnel attending press conferences whenever they are announced and held, and that LDR’s would not be sent due to the narrow definition of their role as an impartial service.’

However, this has been disputed by Bristol Live editor Pete Gavan, who said: ‘In the past, we had agreed to send other reporters to the mayoral briefings when possible but reserved the right to send the LDRs.’