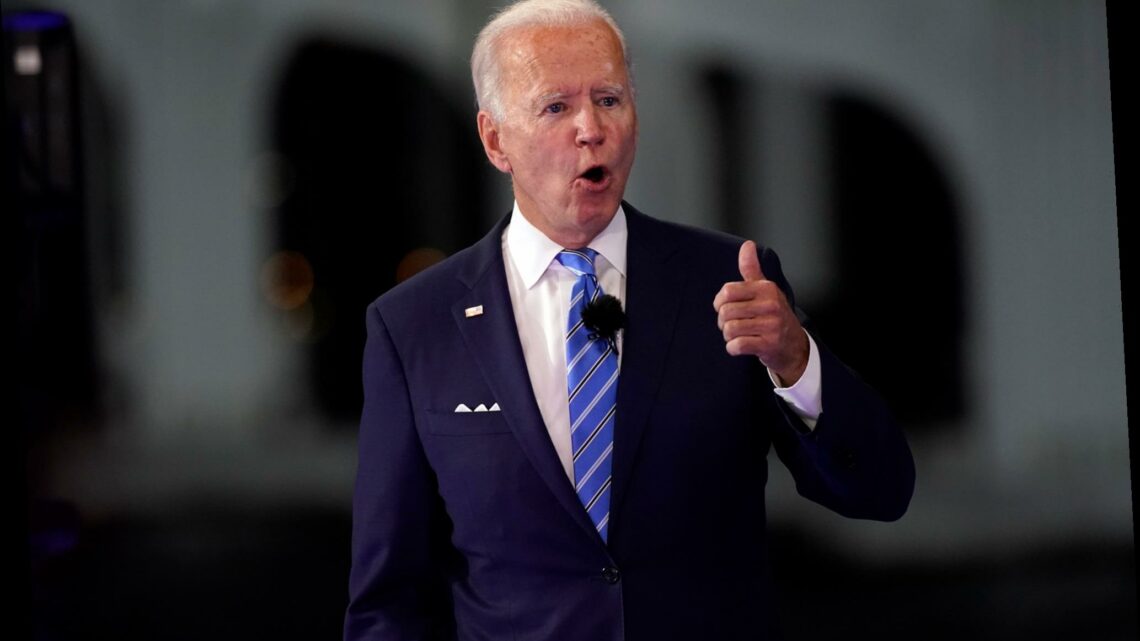 Who knows what wrong­doing will be revealed in the treasure trove of documents the president ordered declassified this week.

It will take time to sift through evidence about what he calls the “single greatest political CRIME in American History, the Russia Hoax.”

But whatever it is, chances are that the Democrats already will have accused their enemies of committing the very same crime.

This is the psychological art of projection and it is their favorite political weapon. Projecting your guilt onto your opponent is “the cleverest trick in propaganda,” as Hitler’s minister of propaganda, Joseph Goebbels, once described it in 1934.

So it is no surprise that one of the most recent documents declassified by Director of National Intelligence John Ratcliffe shows that the only candidate who used Russian disinformation in the 2016 campaign was not Donald Trump but Hillary Clinton, who has shouted loudest and longest that the president is a Russian agent.

Handwritten notes from then-CIA Director John Brennan shed light on US intelligence from late July 2016 of Russian claims that Clinton personally had approved a plan to “stir up a scandal” against Trump by tying him to Vladimir Putin in order to distract from her use of a private e-mail server. Brennan’s notes suggest he told President Barack Obama all about the plot.

Looks like Russia collusion wasn’t a hoax, after all. But the FBI targeted the victims while allowing the culprits off scot free.

This probably is the worst case of Democratic projection in history. But it prompts a roundup of other notable instances when Democrats shifted their own wrongdoing, thought crimes and malign motivations onto their opponents.

Take their latest attack line on the president, that his brain is addled from coronavirus treatments. That’s a rich projection from a party whose candidate is famously cognitively impaired.

Of course, the odd memory lapse doesn’t stop Joe Biden and his speechwriters from engaging in blatant projection. In fact, it probably helps.

Take Biden’s claim that his campaign represents the working-class people of Scranton, Pa., versus Trump’s billionaire elites: “All that Trump can see from Park Avenue is Wall Street.”

According to a report in Wired this week, almost 95 percent of donations from employees working at Alphabet, Amazon, Apple, Facebook, Microsoft and Oracle went to Biden: $5 million compared to $250,000 for Trump.

And Wall Street has lavished eight times more cash on Biden than Trump, according to Breitbart.com, with donors living on Park Avenue giving Biden more than $1 million but just $127,000 to Trump.

The most egregious case of projection came this week with Michelle Obama’s race-baiting video for Biden’s campaign.

She accused “racist” Trump of “whipping up violence and intimidation [and] pinning it all on what’s been an overwhelmingly peaceful movement for racial solidarity. It’s true! Research backs it up. Only a tiny fraction of demonstrations have had any violence at all.”

Whom is she trying to fool? That’s like saying “I only put a tiny fraction of arsenic in your glass of water.”

We have seen countless videos of the “violence and intimidation” of BLM-Antifa Marxist mobs rampaging across America all summer. We’ve seen them throw rocks and Molotov cocktails at police and scream obscenities in their faces. We’ve seen them kick people in the head when they’re down. We’ve seen them stop traffic and pull motorists out of cars. We’ve seen them deface property, loot stores, pull down statues, burn buildings and firebomb police stations.

Obama didn’t condemn BLM-Antifa in her video. She pretended it didn’t exist.

She then had the hide to accuse the president of “gaslighting the American people,” that is, making them question their own perceptions of violence on the streets.

Talk about projection. Her entire video is an exercise in gaslighting. She used her popularity and reputation as former first lady to flip reality on its head.

It is the Democrats and their ­allies on the radical left who have been “whipping up violence and intimidation” and then trying to project blame onto some mythical entity, in this case “heavily armed militias.”

Biden indulged in the identical projection the same day in a speech in Gettysburg, Pa. He mentioned “examples of violence and looting and burning that cannot be tolerated,” which he blamed on “extremist white supremacist groups menacing our communities.”

What the hell is he talking about? The groups menacing our communities, marching into suburbs with megaphones and tipping over ­tables in restaurants are the Democratic proxies of BLM-Antifa. Everyone knows that.

Biden is projecting blame away from his allies in the hope that some people will start doubting their own perception of reality, and the media generally backs him up.

The former VP also projected his own unsavory racial history onto the president, dredging up the old Charlottesville lie that Trump is a racist who praised “Neo-Nazis, white supremacists and the KKK coming out of the fields with torches lit.”

Yet Biden is the guy who really did praise the man he called his “friend” and “mentor” in Congress, former Ku Klux Klan “Exalted ­Cyclops” Robert Byrd.

So next time you hear Biden and friends accuse the president of some dastardly deed, chances are it’s a sin they themselves have committed.

I am a proud target

It’s an honor to have your column quoted in a tweet by the president of the United States. The only problem is when he accidentally includes your e-mail address for his 87 million followers to spam. That’s what President Trump did Monday before he left Walter Reed Medical Center after being treated for the coronavirus. Naturally, my inbox blew up.

“Trump is a goddam a..hole and so are you”

“You need to stop drinking the Kool Aid”

“You support a Manchurian President who works for Vlad Putin”

“You are one crazy lady”

What the episode shows us is just a fraction of the hatred directed at the leader of the free world. When he walked out of hospital, seemingly recovered, and said three powerful words, “Don’t be afraid,” the Democrats and Washington press corps went into total meltdown.

But the president is delivering a powerful message of hope through experience, which America needs.

“Don’t let [the virus] dominate you,” he said. “We’re going back to work … Get out there and be careful.”

He is not yet out of the woods, but the president has shown that the virus does not have to be a death sentence. In any normal era, this would be cause for celebration.

MacGyver Season 5 release date and cast latest: When is it coming out?

Joy-Anna Duggar Responds After Fan Shared 'Concern' About How She Held Newborn Daughter: 'I Wasn’t About to Drop Her'
World News