Home » World News » IT worker who bullied girl, 15, into having sex jailed for five years 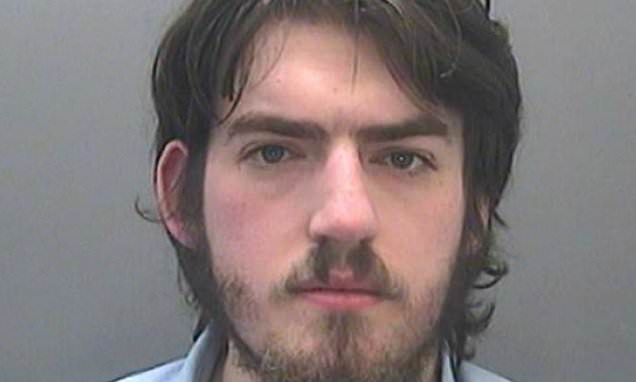 IT worker who bullied girl, 15, into having sex jailed for five years

Bondage-loving school IT worker, 22, who bullied a 15-year-old girl into having sex with him by smacking her face and pulling her hair is jailed for five years

A school’s trusted IT technician was today jailed for five years for grooming a 15-year-old girl for sex and controlling her by smacking her face and pulling her hair.

Alex Barnes, 22, from Bridgend, south Wales, admitted nine sexual offences after abusing his position of trust to to sexually abuse a child.

Cardiff Crown Court heard he groomed the teenager while employed as a high school ICT technician.

The court heard Barnes used violence to control the victim by smacking her to the face and pulling her hair to demand sexual acts for gratification. 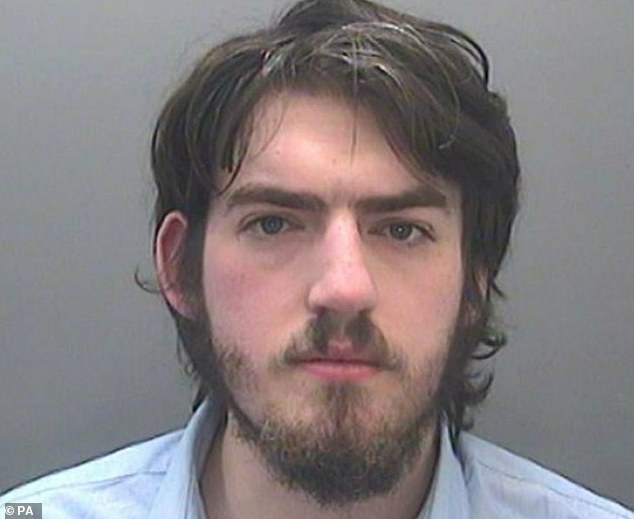 Alex Barnes, 22, from Bridgend, south Wales, admitted nine sexual offences after abusing his position of trust to to sexually abuse a child

He sexually abused her in a classroom and toilet at the school, a court heard.

The relationship – which was discovered after schoolmates of Barnes’ victim became suspicious – started after he became Facebook friends with the pupil and began volunteering for a club she attended.

School staff became concerned about the relationship between Barnes and the girl, who can’t be named for legal reasons, after she confided in friends on a foreign trip.

Despite being suspended from the school after an investigation was launched and being interviewed by police Barnes continued abusing the girl and coerced her into performing a sex act on him.

The defendant took the girl for lifts in his car and would engage in sexual activity which involved slapping her face.

He also communicated with the girl over webcam and made her perform sexual acts at his direction.

While the pupil attended a school trip overseas there was regular contact between her and Barnes and her roommates became suspicious she was in a relationship with the defendant, the court heard.

An investigation was launched by the school in February 2018 and Barnes was suspended. He was also interviewed by police but this did not stop his contact with the pupil.

During a police interview in March Barnes accepted having a friendship with the pupil and admitted had engaged in ‘kissing and cuddling’ with her but he denied a sexual relationship.

His phone was seized and analysed.

Many of the messages between Barnes and the pupil had been deleted but a substantial amount were recovered.

Subsequent meetings between Barnes and the pupil took place in which the defendant coerced the girl to perform a sex act on him in his car and at his home. 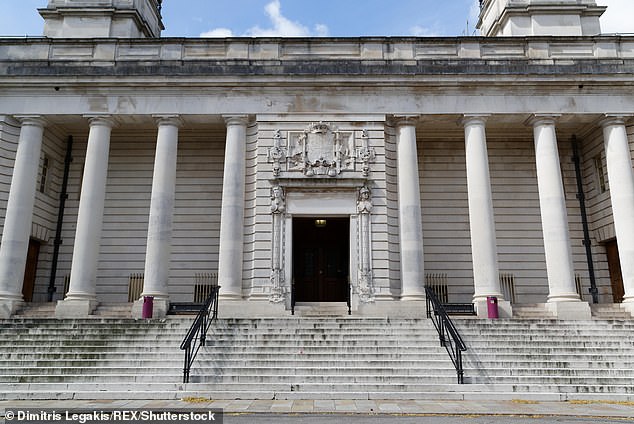 He said: ‘This sort of offending strikes horror into the minds of those who entrust others to look after their children at school.’

Barnes was also ordered to sign the sex offender register and made him the subject of a Sexual Harm Prevention Order.

Detective Constable Phil Colston, the officer in the case, said: ‘Barnes was in a position of trust and abused that position to prey on a young girl.

‘He now has to pay the price for his actions.

‘The defendant was persistent and determined in his offending.

‘This has been a very concerning investigation due to the speed of the grooming and controlled coercive behaviour.

Det Con Colston added: ‘Today’s result is a testament to the bravery of the victim who has not only shown considerable strength and courage to talk about the abuse she suffered, but also throughout the lengthy and complex investigation and court process.

‘I hope today’s sentencing gives her some comfort as she comes to terms with the abuse she suffered and attempts to rebuild her life.’

‘I also hope that it sends a message to anyone else who has suffered, or is currently suffering abuse, that they can come forward and any allegations will be taken seriously.’