Home » World News » ‘It took me to the brink’: Ahmed Hassan’s fight for his life, and his reputation 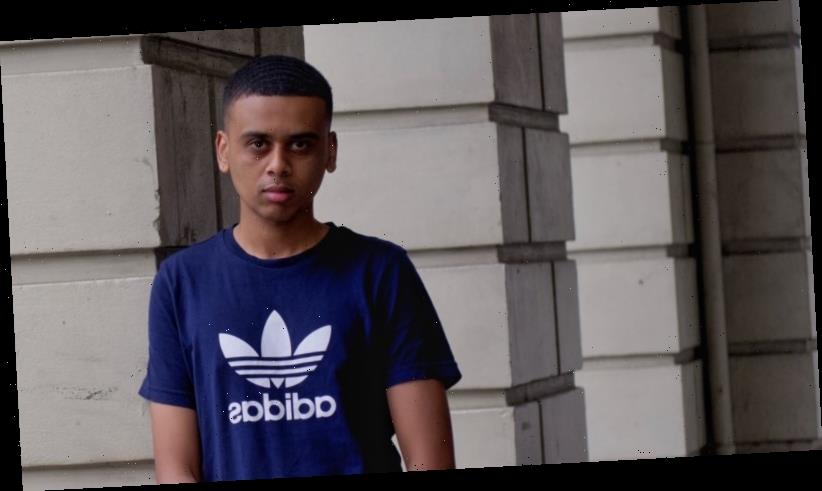 ‘It took me to the brink’: Ahmed Hassan’s fight for his life, and his reputation

Struck down with COVID-19 symptoms soon after a game of soccer with mates, 24-year-old Ahmed Hassan spent two stints in hospital. But a tougher fight awaited him after he got out.

Mr Hassan, the co-founder and executive director of Youth Activating Youth, is an advocate for Melbourne’s disadvantaged multicultural communities, many of whom were vulnerable to the city's second wave of the virus. 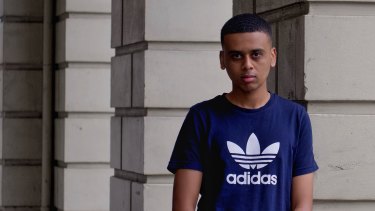 Ahmed Hassan – trolls accused him of faking his diagnosis.Credit:Luis Ascui

Hoping that his first-hand account of surviving the virus could help spread the message about the dangers of COVID-19, he appeared on Channel 7's afternoon news on July 7.

But trying to help his community stirred up the bottom feeders of social media and within 48 hours, online trolls began an unrelenting hate campaign accusing him of faking his diagnosis.

"Gotta try and find out where this little squirt lives," said one post seen by The Age.

"If anyone sees him kick him in the head," read another.

As the trolling escalated into daily hate-filled posts and videos, he was accused of being a political puppet and of being paid to lie about his illness as a staged "crisis actor" set up to instil fear in Victorians.

"These conspiracy theorists, they were creating online accounts about me and writing ‘he’s a traitor and a paid actor’; that’s how it started out," he said.

"Then it all went viral.

"They even said they were going to launch a freedom of information request into my hospital records."

As part of their advocacy work, Mr Ahmed and Mr Hassan had met and been pictured with politicians including Premier Daniel Andrews. Now these pictures were used to further fuel the conspiracy theorists' claims that the pair was lying.

"How much did dictator Dan pay you to say you had the fake coronavirus? Better get yourself acting classes," one woman messaged to Mr Hassan.

Others posted online: "He needs to be held accountable" and "#AHMEDGATE". 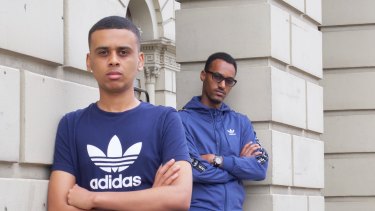 "I've got pretty thick skin but it was having a serious mental toll on Ahmed (Mr Hassan); he wasn’t sleeping, he’d come in and say ‘there was another video out overnight, I haven't slept’," Mr Ahmed said.

"If it wasn't for COVID maybe we would have booked him a ticket out of here, but we were in lockdown, you couldn’t leave."

It led Mr Hassan to consider taking indefinite leave from his job in a desperate attempt to escape the torment as the mental stress reached tipping point.

Mr Ahmed and Mr Hassan had fallen sick in mid-June. They both said they felt in good health when they went to play a social game of soccer with friends in Melbourne’s north but within hours, they were hit with waves of exhaustion.

Then came the shakes and what both describe as unbearable pain.

While Mr Ahmed was able to recover at home with the support of his family, Mr Hassan, who has type-1 diabetes, spend two stints in the Royal Melbourne Hospital’s isolation ward.

But both men say that the mental health impacts and the anxiety that the online trolling caused have been more excruciating than the illness.

"The young people we work with and who observe our social [media], they were being exposed to this stuff. And our staff, they were answering all these hate calls," Mr Ahmed said.

"The problem for us then became how do we protect the people around us?" 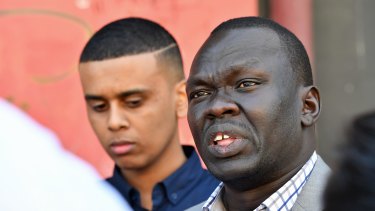 The pair reached out to police and then lawyers who began to track down those behind the defamatory and false information.

Inside the hate-spewing online conspiracy groups, behind the covers of fake profiles, they found doctors and lawyers and even members of their own multicultural communities.

"I think the most frightening part though was that the young generations were believing what they were seeing," Mr Hassan said. "People close to me were calling up and saying ‘hey, is this true'? "

In the end, the pair decided to launch legal action to try to stop the spread of misinformation.

On the eve of Mr Hassan's next television appearance, on the ABC’s Q&A program on August 24, legal letters were issued to the two most active trolls. 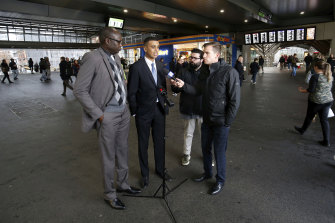 Ahmed Hassan speaks in July in response to recent negative comments in the media regarding the Sudanese Community Credit:Darrian Traynor

And, late last month, the youth leaders finally got the justice they’d worked so hard to achieve.

"We wanted to pave the way for future generations. Especially when it comes to online cyberbullying which has fast become the alternative to physical bullying," he said.

As Mr Hassan flicked through the barrage of messages on his phone in a coffee shop in the city’s north, the impact the online abuse has taken on him is clear.

His face is slimmer and while the brightness has returned to his eyes, the exhaustion clearly lingers.

"The mental impact of it, it took me to the brink."

If you or anyone you know needs support call Lifeline on 131 114, or Beyond Blue's coronavirus mental wellbeing support service on 1800 512 348.