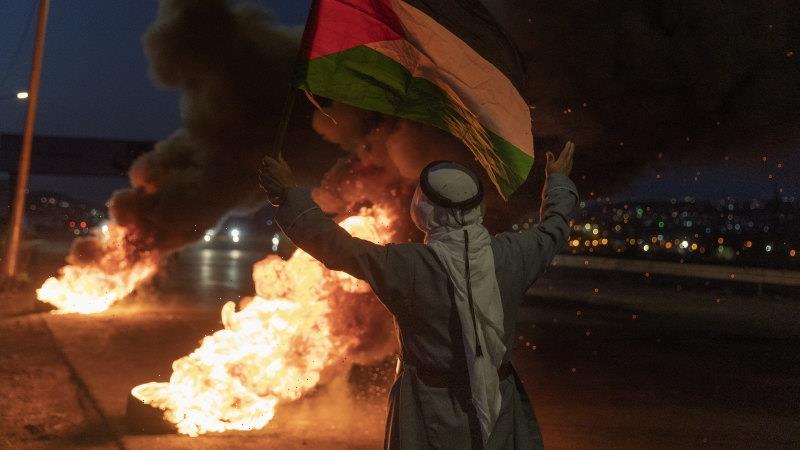 Jerusalem: At least four Palestinian gunmen were killed in shootouts with Israeli security forces during a sweeping West Bank arrest operation cracking down on the Islamic militant group Hamas on Sunday, the Israeli military said.

Sunday’s violence was the deadliest between Israeli troops and Palestinian militants in the occupied West Bank in recent weeks and came amid heightened tensions following this year’s 11-day war between Israel and Hamas in the Gaza Strip.

The Palestinian Health Ministry said a Palestinian was shot dead near the northern West Bank city of Jenin and three others were killed in Biddu, north of Jerusalem. 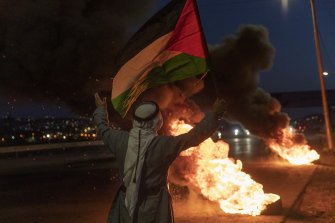 A protester flies a Palestinian flag during clashes with Israeli troops in Nablus this month.Credit:AP

Israeli Prime Minister Naftali Bennett said in a statement that Israeli security forces in the West Bank operated against Hamas operatives “that were about to execute terror attacks in the very immediate future”.

He said the soldiers in the field “acted as expected of them” and his government gave them full support.

The Israeli military said that troops involved in arrests in the West Bank came under attack as Palestinian gunmen fired on soldiers. It declined to provide further information.

The official Palestinian news agency WAFA said 22-year-old Osama Soboh was killed during clashes surrounding an arrest in the northern West Bank village of Burqin, near Jenin. There were no immediate details on the deaths in Biddu.

The militant group Hamas, which rules the Gaza Strip, said in a statement that Sunday’s killing was “the result of the continuing co-ordination” between the internationally recognised Palestinian Authority and the Israeli government.

Israel captured the West Bank in the 1967 Mideast war and in the decades since has established dozens of settlements where nearly 500,000 settlers reside. The Palestinians seek the West Bank as part of their future state and view the settlements as a major obstacle to resolving the conflict.