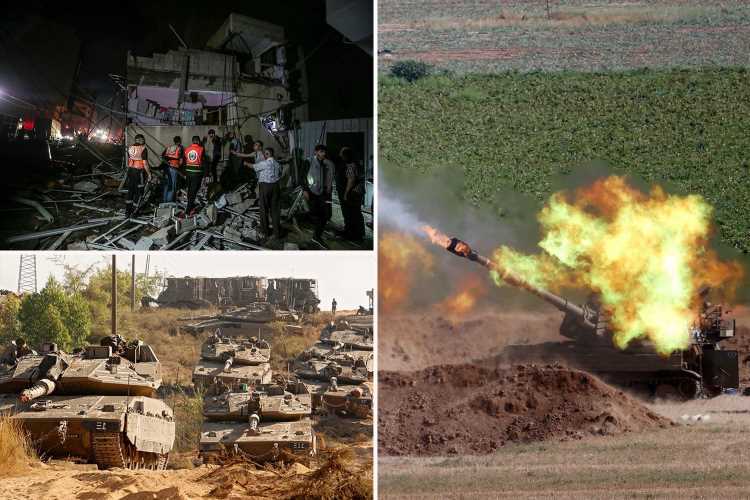 ISRAEL has destroyed the home of a top Hamas leader as Prime Minister Benjamin Netanyahu vows to continue with a series of air strikes on Palestine.

Israel appears to have stepped up strikes in recent days to inflict as much damage as possible on Hamas as efforts to broker a cease-fire accelerate. 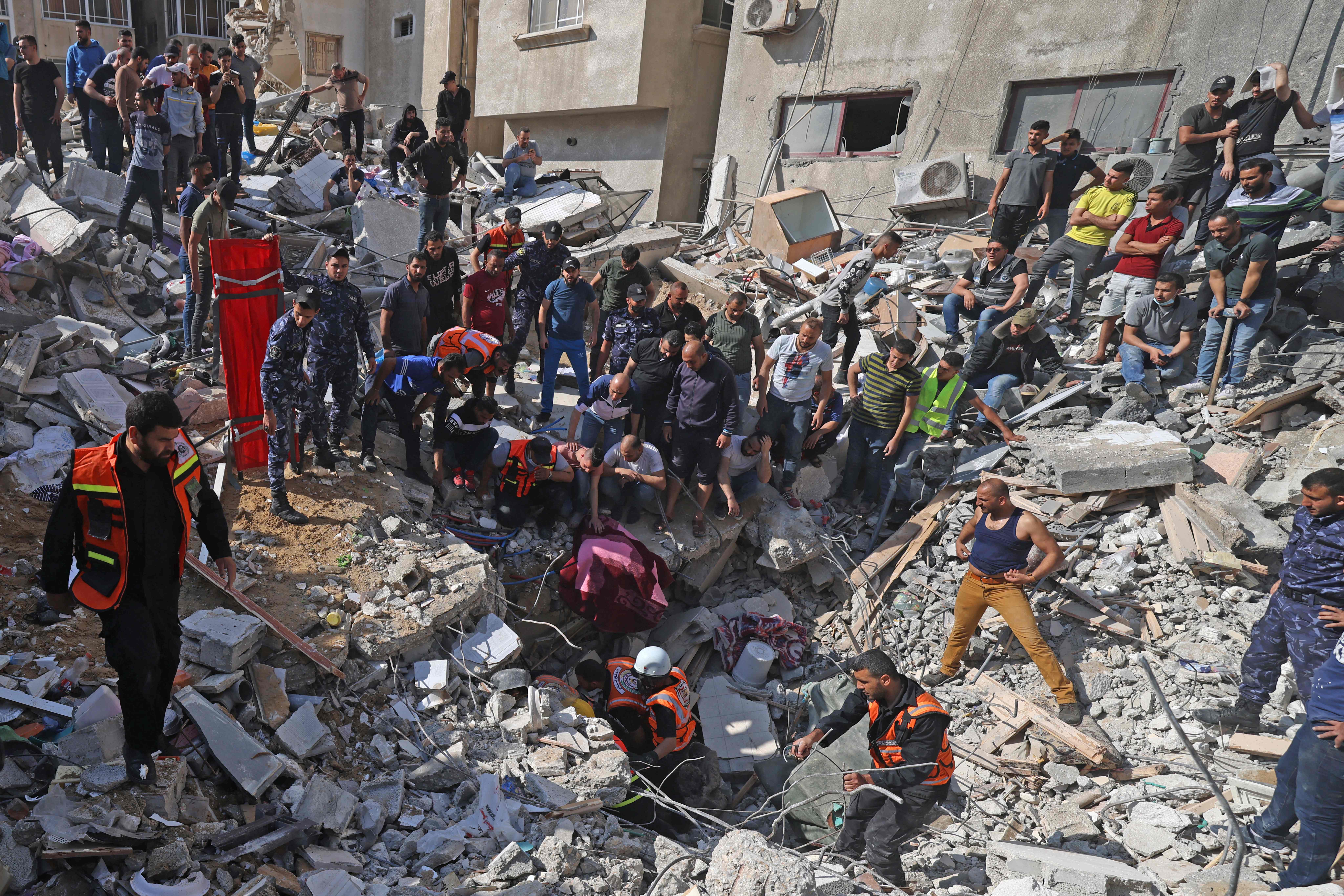 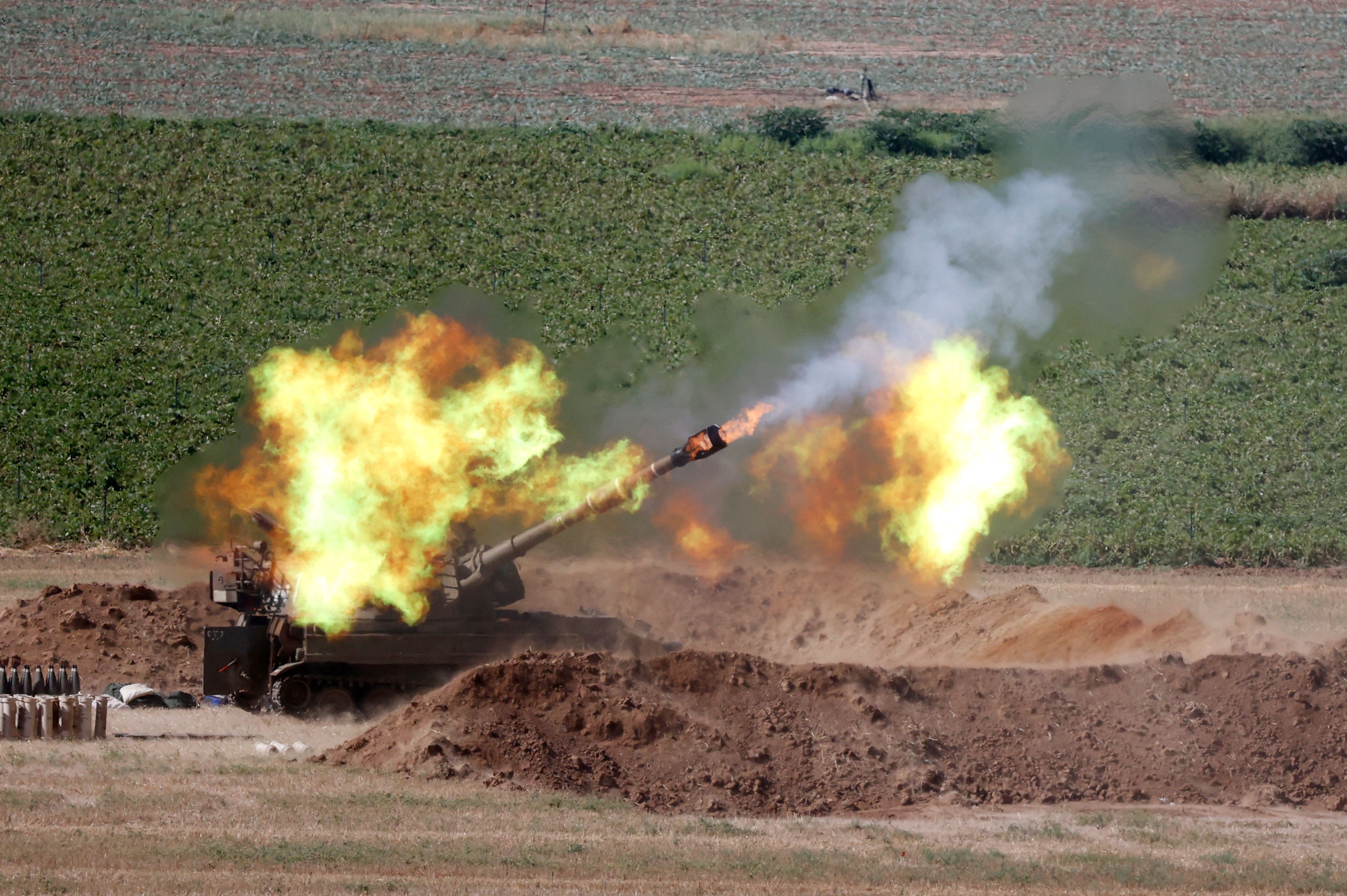 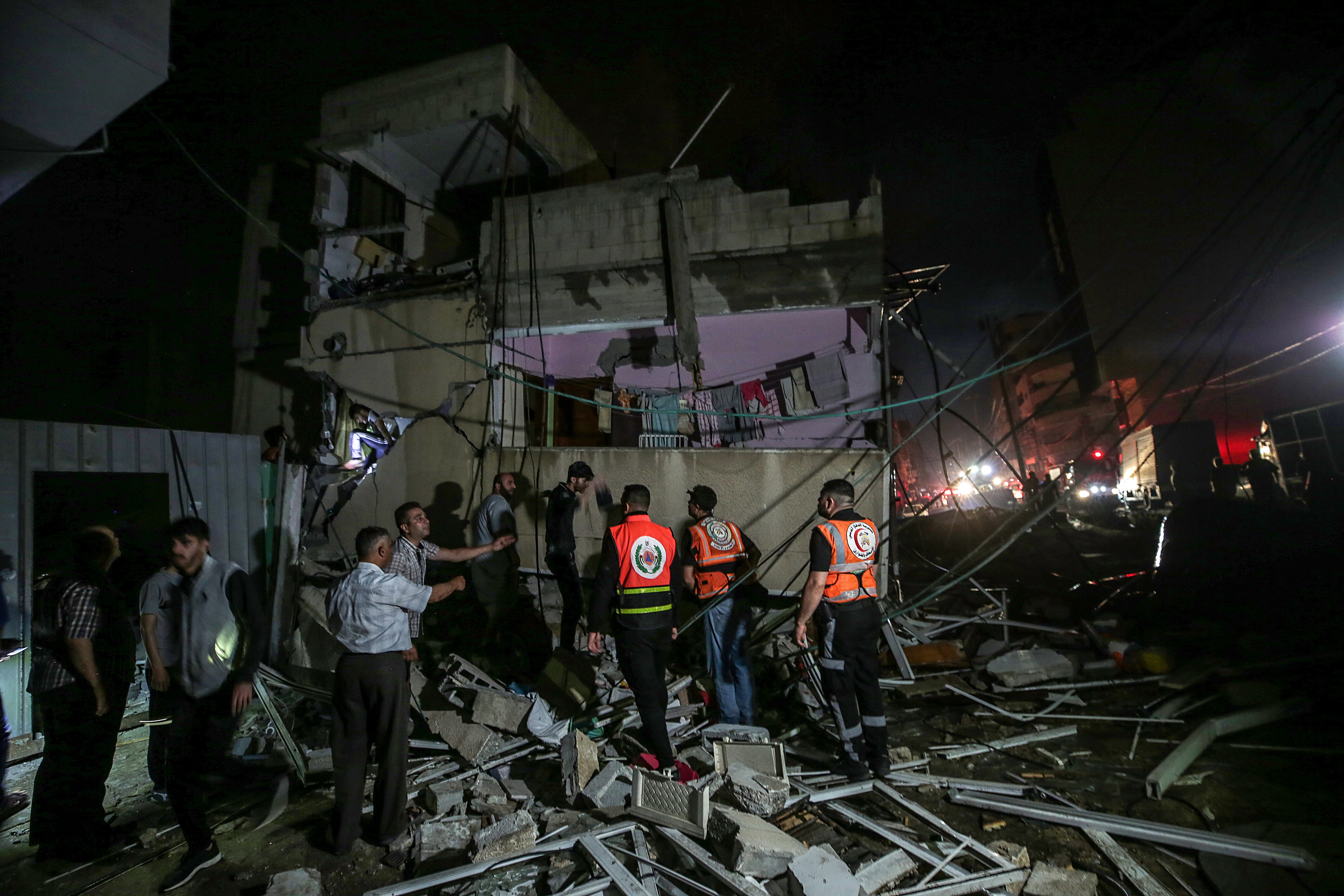 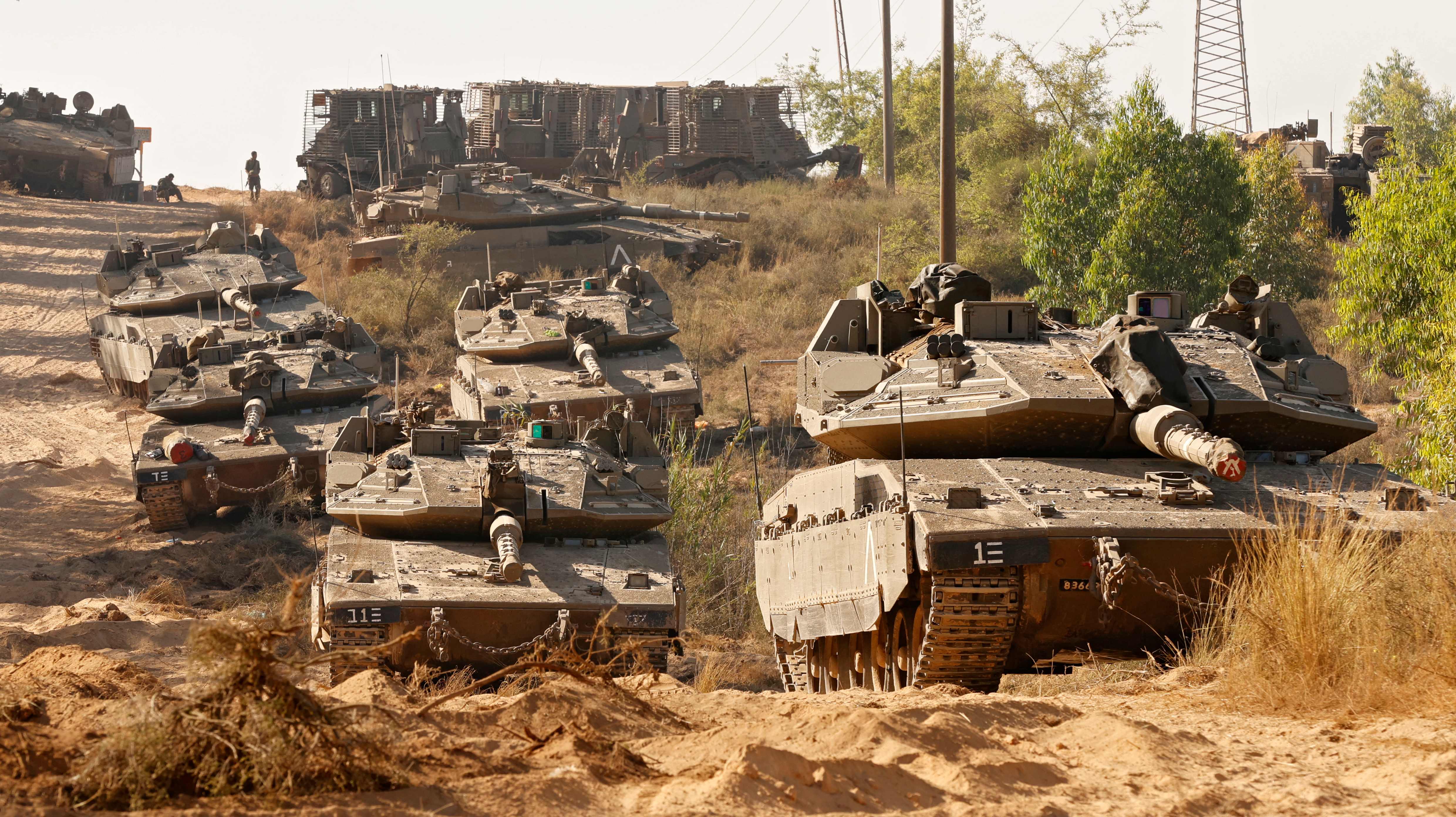 The Israeli military said it struck the homes of Yehiyeh Sinwar, the most senior Hamas leader inside the territory, and his brother Muhammad, another senior Hamas member.

Yesterday it destroyed the home of Khalil al-Hayeh, a senior figure in Hamas political branch.

The army spokesman said the home of Sinwar's brother, who is in charge of Hamas' "logistics and personnel," was also destroyed.

Israeli Prime Minister Benjamin Netanyahu said the air strikes will continue as long as they are required.

Hamas' upper echelon has gone into hiding in Gaza, and it is unlikely any were at home at the time of the strikes.

The group's top leader, Ismail Haniyeh, divides his time between Turkey and Qatar, both of which provide political support to the group.

Hamas and the Islamic Jihad militant group have acknowledged 20 fighters killed since the fighting broke out Monday, while Israel says the real number is far higher.

The latest round of fighting the worst since the 2014 Gaza war has killed at least 145 Palestinians in Gaza, including 41 children and 23 women.

Eight Israelis have been killed, including a 5-year-old boy and a soldier. 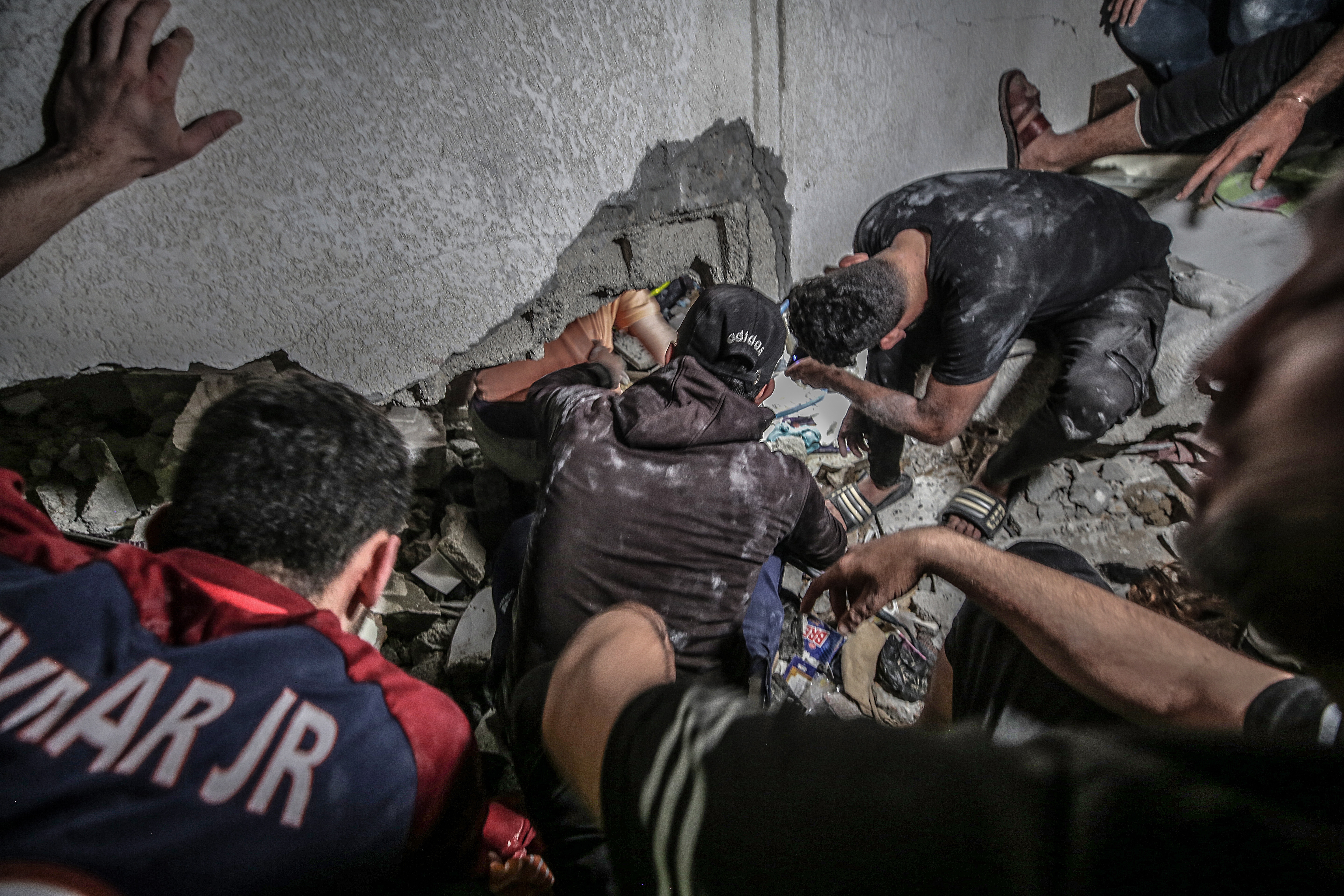 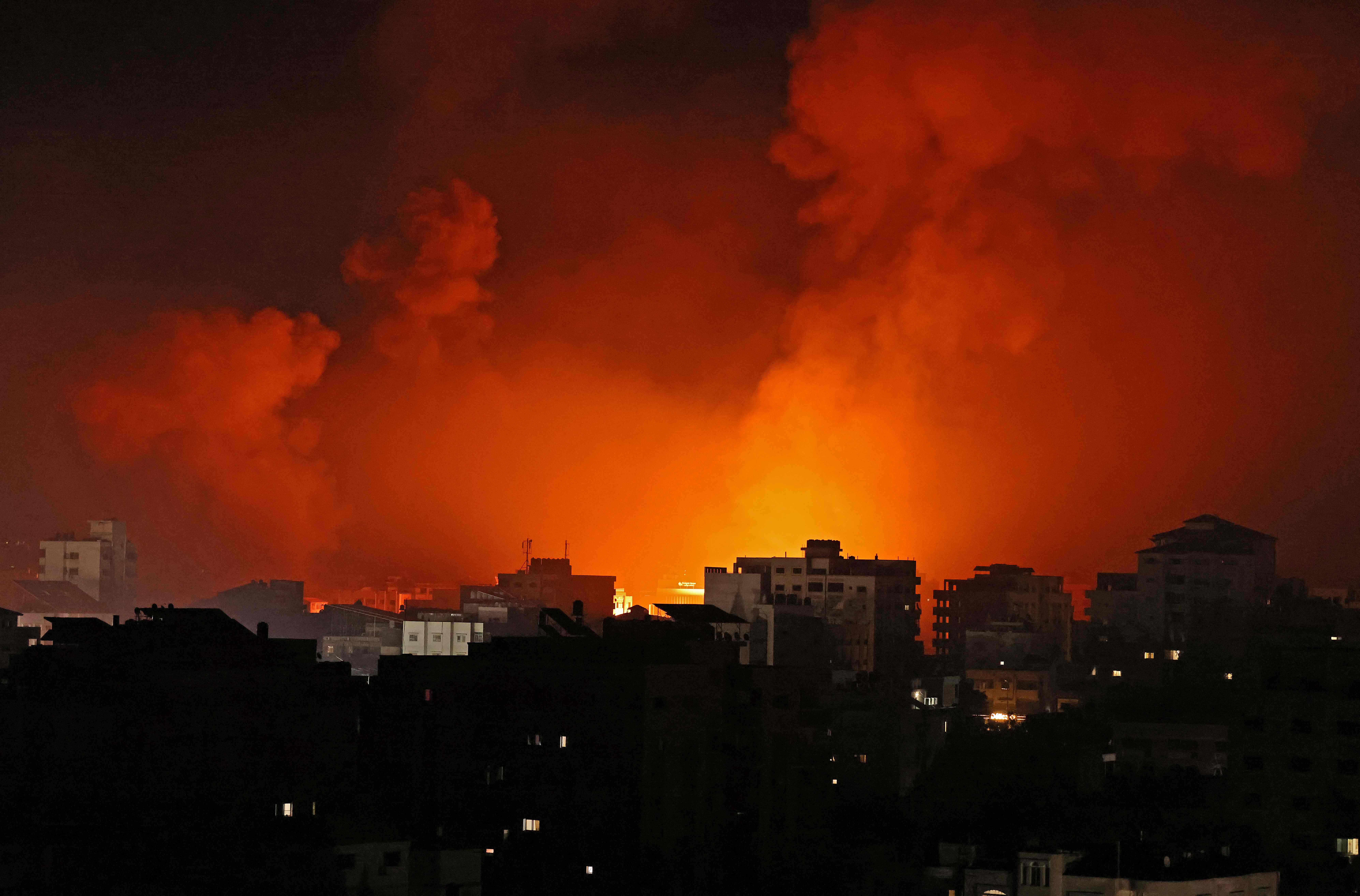 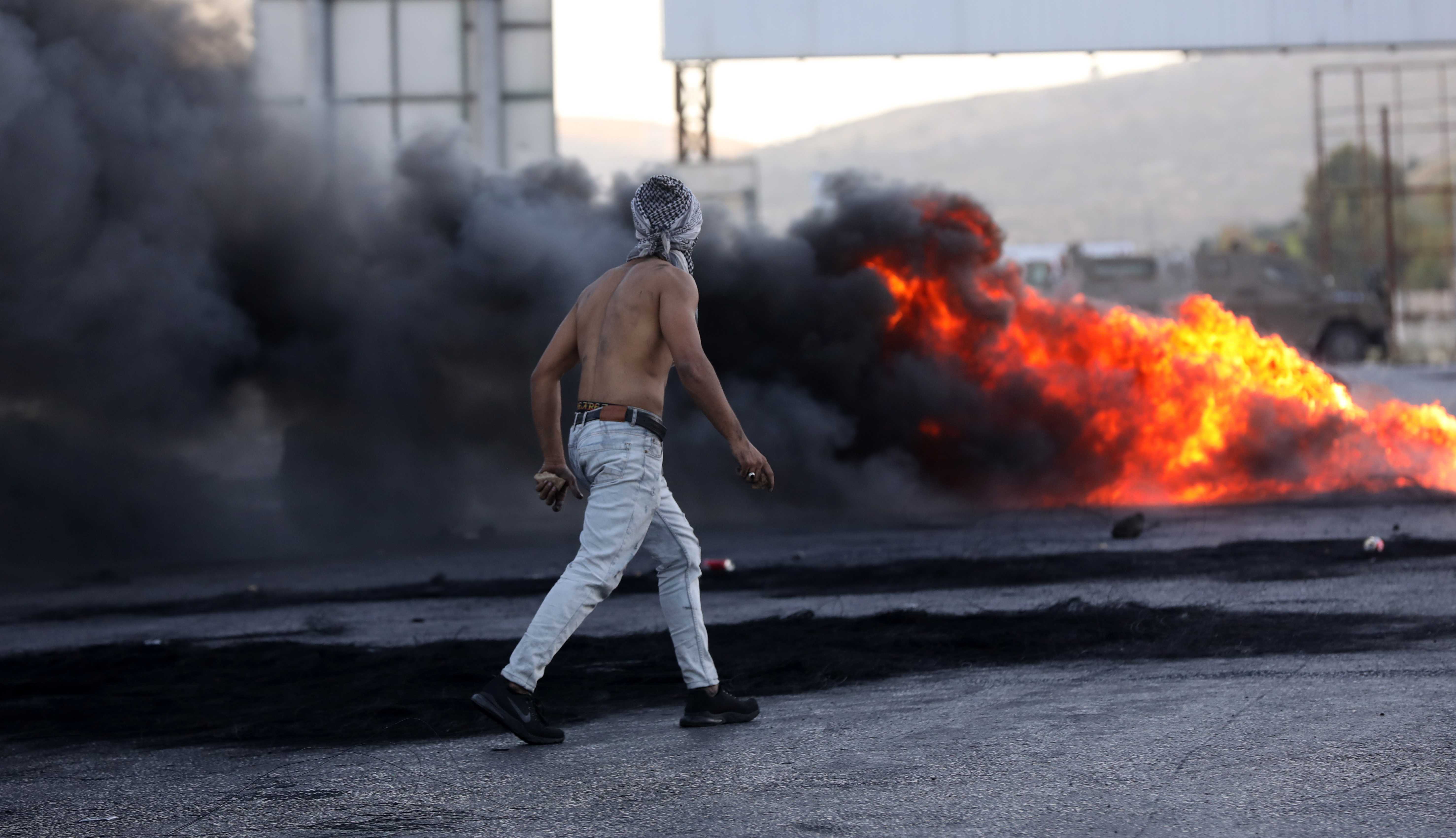 Hamas and other militant groups have fired some 2,900 rockets into Israel since Monday, when tensions over a flashpoint holy site in Jerusalem and the threatened eviction of dozens of Palestinian families boiled over.

About half of those projectiles have fallen short or been intercepted, according to the Israeli military, but rockets have reached major cities and sown widespread panic.

Israel has carried out hundreds of airstrikes across the impoverished and blockaded territory, which is home to more than two million Palestinians, and brought down a number of high-rise buildings.

Photos circulated by residents and journalists showed the airstrikes punched a crater that blocked one of the main roads leading to Shifa hospital, the largest medical center in the strip.

The Health Ministry said the latest airstrikes left at least two dead and 25 wounded, including children and women.

There was no immediate comment from the Israeli military.

Since the conflict began, Israel has levelled a number of Gaza City's tallest office and residential buildings, alleging they house Hamas military infrastructure.

On Saturday, it turned to the 12-story al-Jalaa Building, where the offices of the Associated Press, the TV network Al-Jazeera and other media outlets are located, along with several floors of apartments.

Netanyahu alleged that Hamas military intelligence was operating inside the building.

Israel routinely cites a Hamas presence as a reason for targeting certain locations in airstrikes, including residential buildings.

The military also has accused the militant group of using journalists as human shields, but provided no evidence to back up the claims.

President Joe Biden spoke with Netanyahu and Palestinian President Mahmoud Abbas, whose authority is confined to parts of the occupied West Bank, on Saturday.

The Biden administration has affirmed its support for Israel while working to de-escalate the crisis.

US diplomat Hady Amr has been dispatched to the region as part of efforts to broker a truce, and the UN Security Council is set to meet today.

The tensions began in east Jerusalem earlier this month, when Palestinians protested attempts by settlers to forcibly evict a number of Palestinian families from their homes and Israeli police measures at Al-Aqsa Mosque, a frequent flashpoint located on a mount in the Old City revered by Muslims and Jews.

The turmoil has also spilled over elsewhere, fuelling protests in the occupied West Bank and stoking violence within Israel between its Jewish and Arab citizens, with clashes and vigilante attacks on people and property. 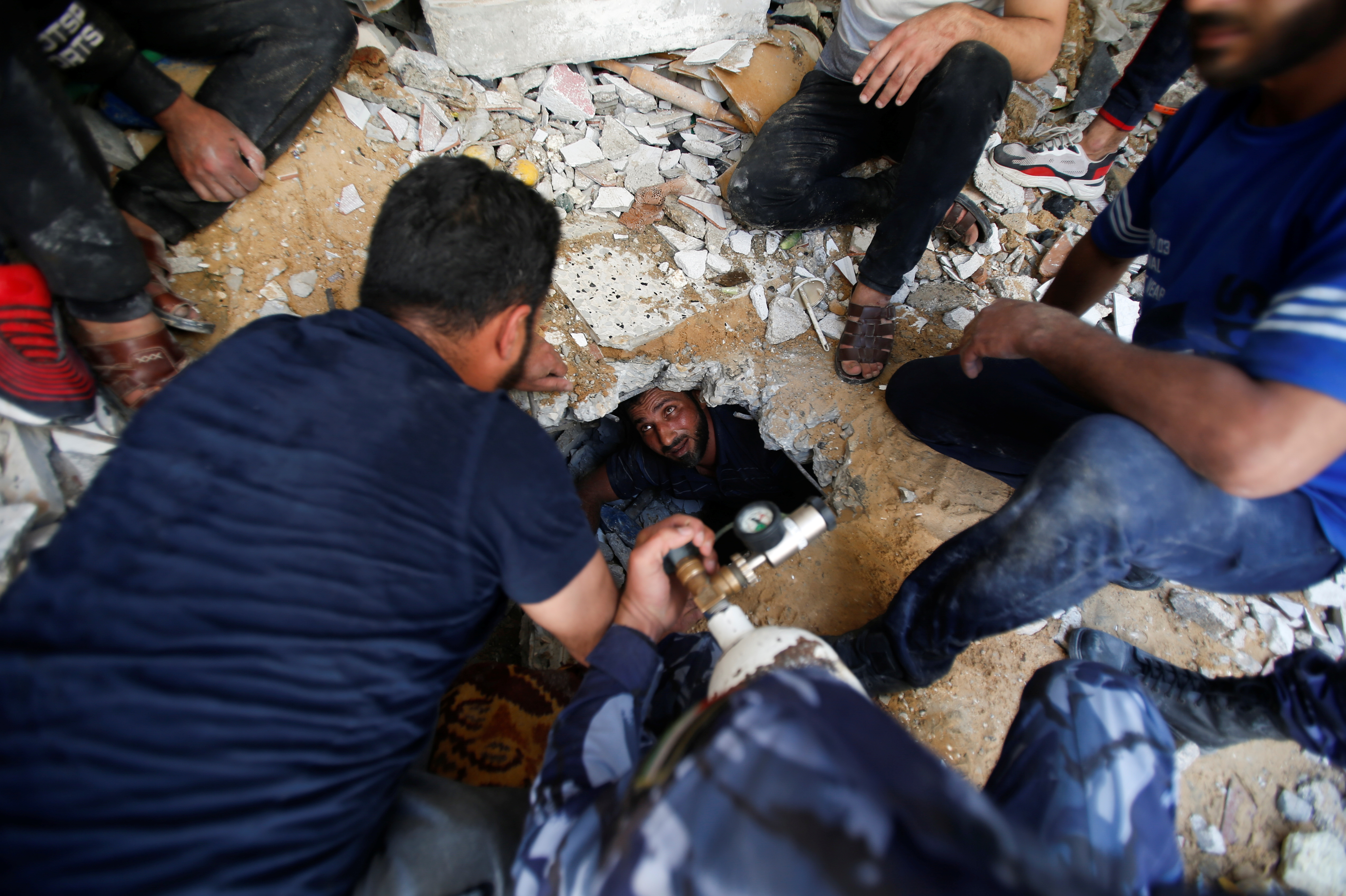 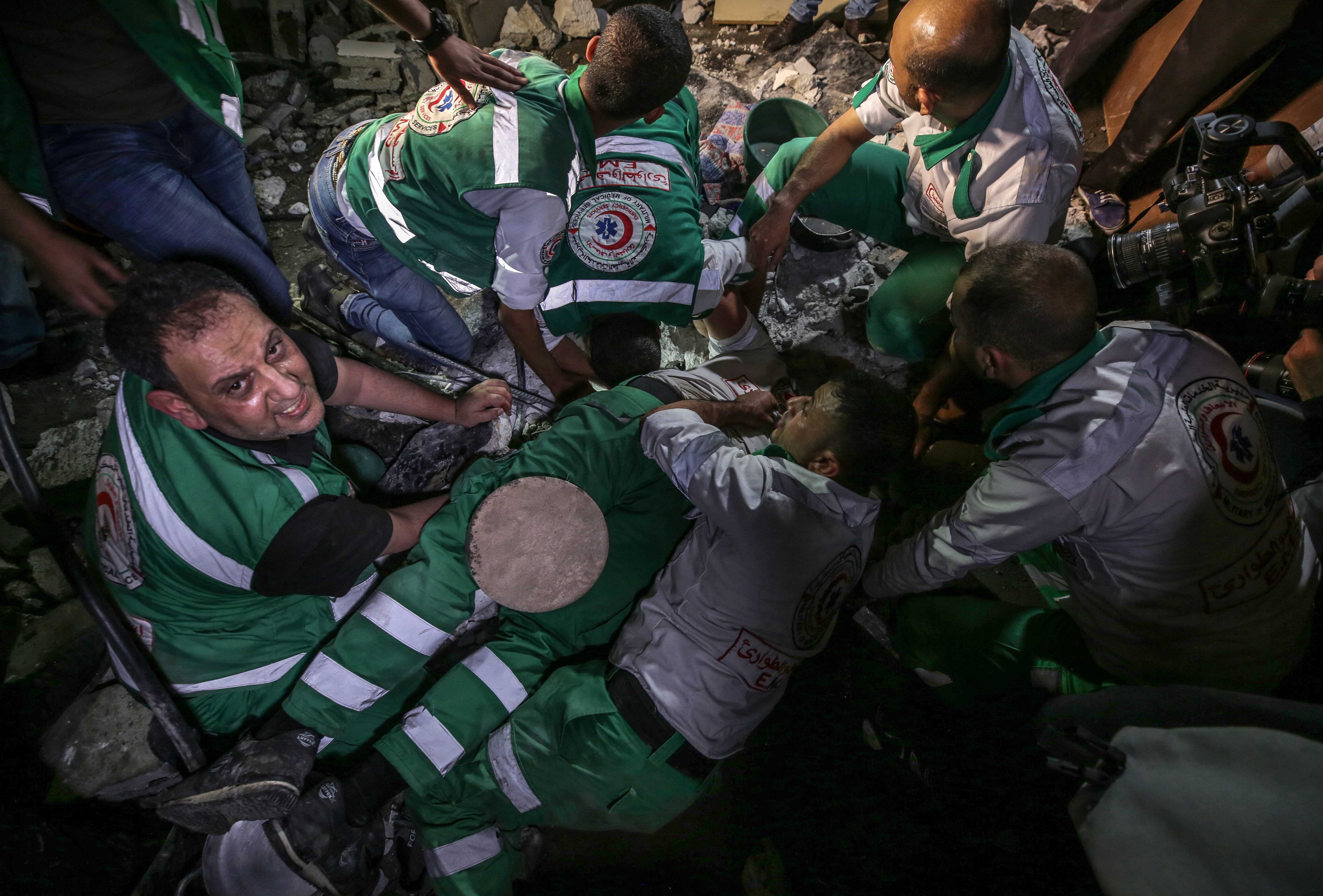 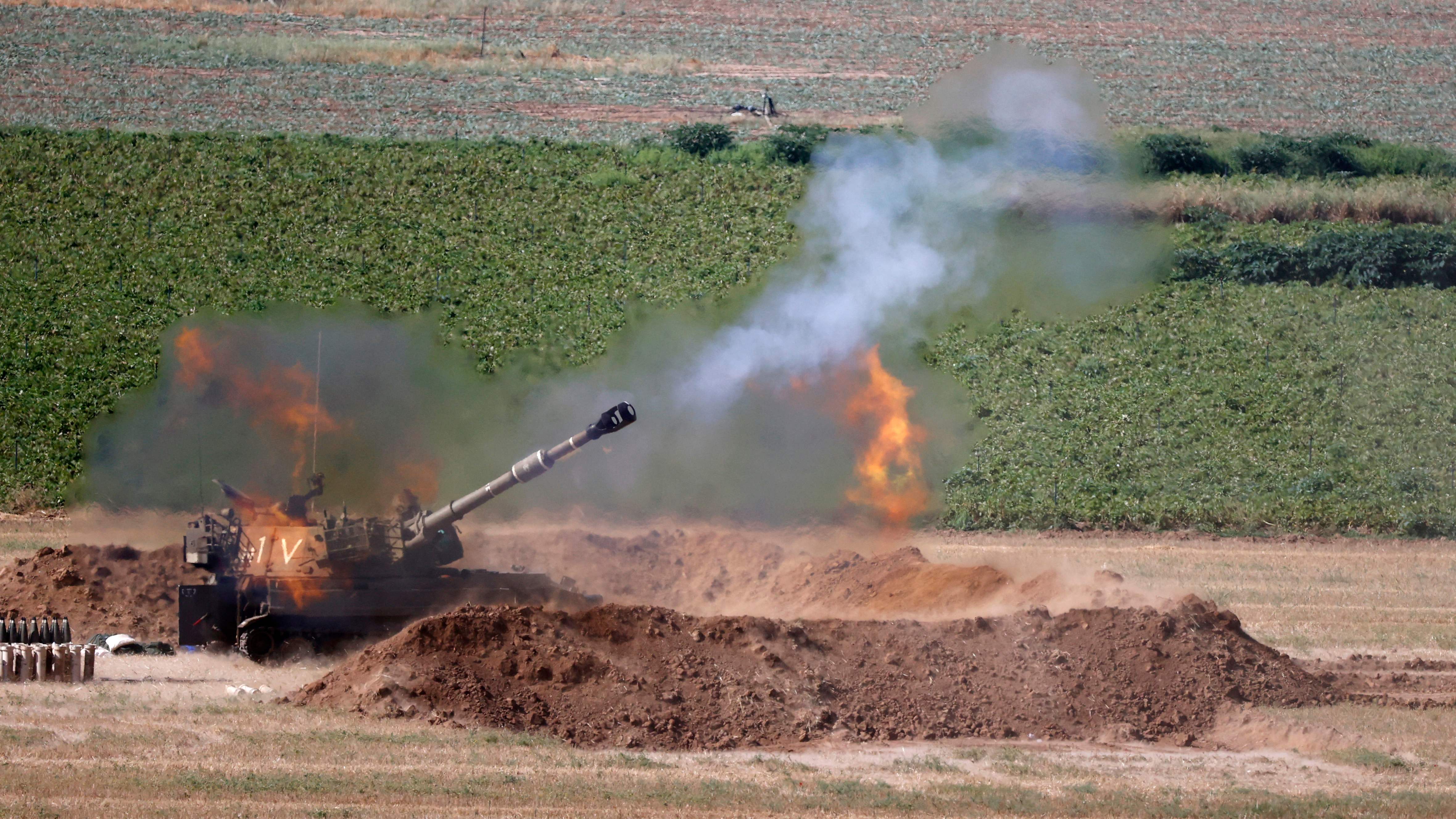 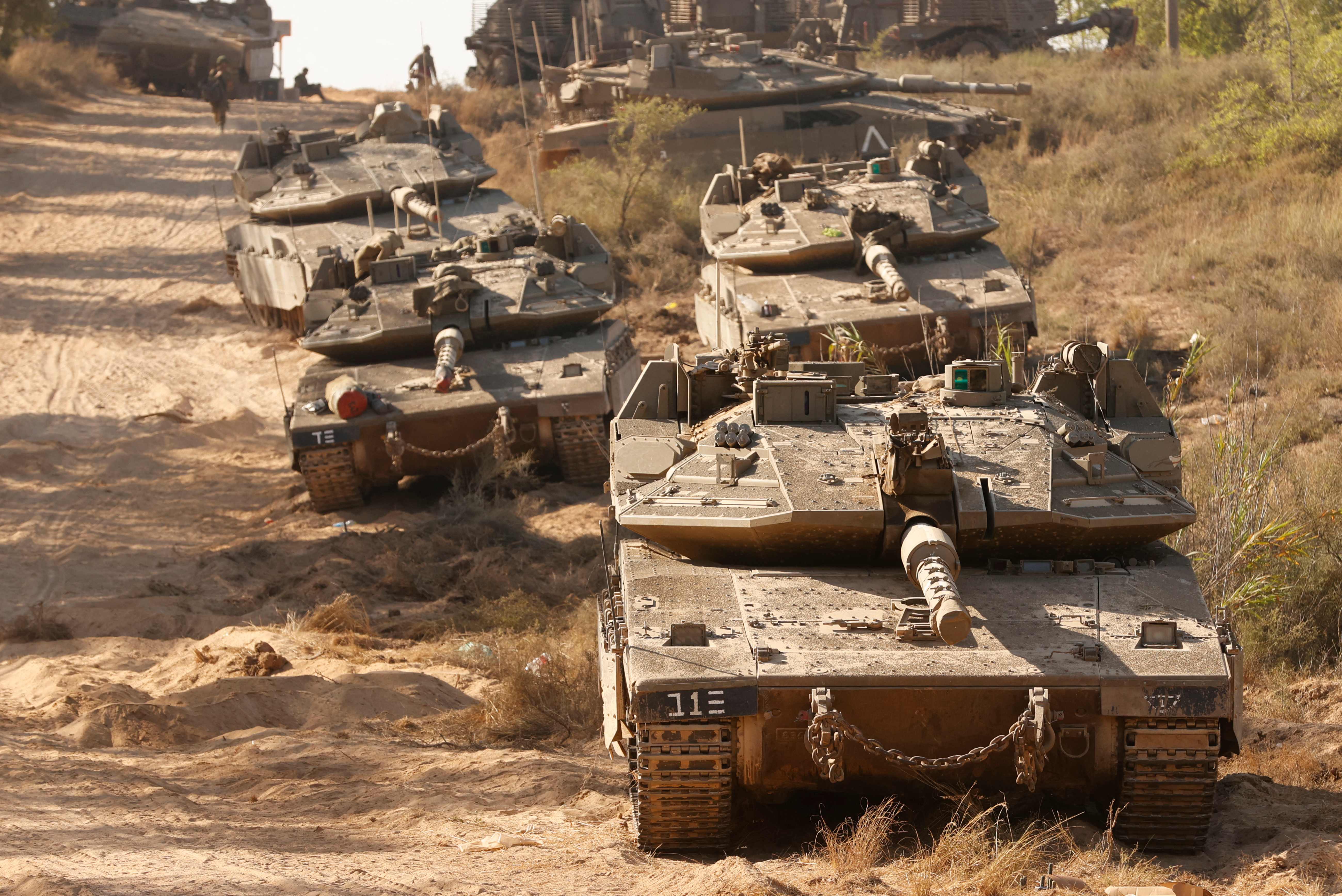 How ‘Finding You’ Composers Crafted an Irish Musical Landscape