Home » World News » Is a Taser a deadly weapon? We need a single legal standard 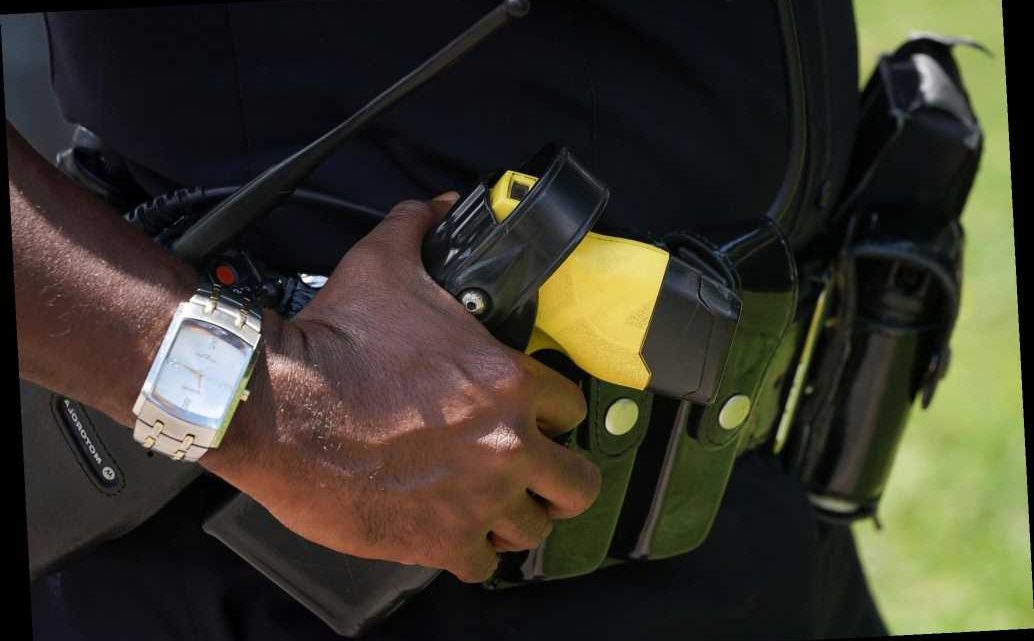 Is a Taser a deadly weapon? We need a single legal standard

Following the shooting death of Rayshard Brooks by a police officer in Atlanta this month — after Brooks stole the officer’s taser and fired it at him — NYPD cops are seeking guidance on how to handle similar conflicts.

It’s a good question. Garrett Rolfe, the officer who shot Brooks, is now facing felony murder charges that could get him many years in prison, even executed, if he is found guilty.

Yet a few weeks ago, Paul Howard, the Fulton County district attorney whose office will try Rolfe, acknowledged in a separate matter that, according to Georgia law, “a taser is considered . . . a deadly weapon.” That means, generally speaking, cops can use deadly force in countering their hostile use.

Ed Mullins, president of the Sergeants Benevolent Association, wrote a letter to NYPD Commissioner Dermot Shea, asking for clarity on use-of-force protocol regarding tasers. “We respectfully request that the department issue a clear directive answering the following question: If threatened with the use of a [conducted electrical weapon] or taser, are officers authorized to use deadly force to protect themselves and/or others?”

The answer, at least according to current NYPD training, is that officers are authorized to use deadly force when threatened with a taser. And for good reason: Tasers are extremely dangerous weapons, and the NYPD has only brought them into wide use among its patrol officers in the last five years or so.

Before that, the electric-prong guns were provided only to members of the elite Emergency Services Unit, and some other officers, who were not even supposed to carry them in the normal course of duty.

A recent incident in the Big Apple showcased the “less lethal” but still very much lethal nature of these weapons. On Sunday night in Queens, officers used the weapon against an ­apparently mentally ill man who menaced them with a sword. George Zapantis, 30, went into cardiac arrest after being tased — and died.

The instruments are so dangerous, in fact, that New York state had a complete ban on private ownership of tasers, and other kinds of electric-powered stun guns, until 2019, when a federal court struck down the ban on Second Amendment grounds. That case, Avitabile v. Beach, concerned a man who wanted to own a taser just for self-defense in his home.

But the court went further, ­entirely striking down New York’s “sweeping prohibition” on the weapons, while acknowledging that the state could impose restrictions on them.

That means that until the Legislature gets around to regulating the weapons, New Yorkers are free to buy tasers, stun ­batons and stun canes and even to carry them around, without restriction.

So that gives Mullins’ letter to Shea some urgency, and his request for clarity isn’t just trolling the commissioner.

Shootings, and violence generally, are up around New York City — a predictable result of criminal-justice “reform” and the rush to empty Rikers ­Island — and the mayhem shows no sign of subsiding.

With tasers now legally available to anyone who can scratch up 40 bucks, it is only a matter of time before some thug brandishes a stun gun at a cop. And when that happens, what is the officer expected to do? Our Finest are trained to de-escalate dangerous situations, and they do so most of the time; force is used in only a tiny number of police encounters. But we give cops guns for a reason.

Criticism of the NYPD ­response to the recent riots and illegal street protests illuminated the double bind that officers are in. We demand that they control disorder but do so as gently and passively as possible — even while violent mobs firebomb their vehicles and ­attack their persons.

Without excusing abusive ­police behavior, which undoubtedly occurs, we must acknowledge that there is a thermostatic relationship between cops and the public. That is to say, the more harshly and unfairly the police are judged for their use of force, the more they will back off from ­engaging with crime and become reactive instead of proactive in keeping the public safe.

New York goes back and forth on the issue of use of force by the police. Right now, the pendulum appears to be swinging to the left, and New Yorkers seem willing to accept more street crime, violence and murder to limit the number of incidents of forceful behavior by cops, which some NYPD critics find unacceptable.

As with many things in life, there is a trade-off. We will soon find out how happy we are with this bargain.

How 'Jeopardy!' Host Alex Trebek Got a Cameo on 'The X-Files'