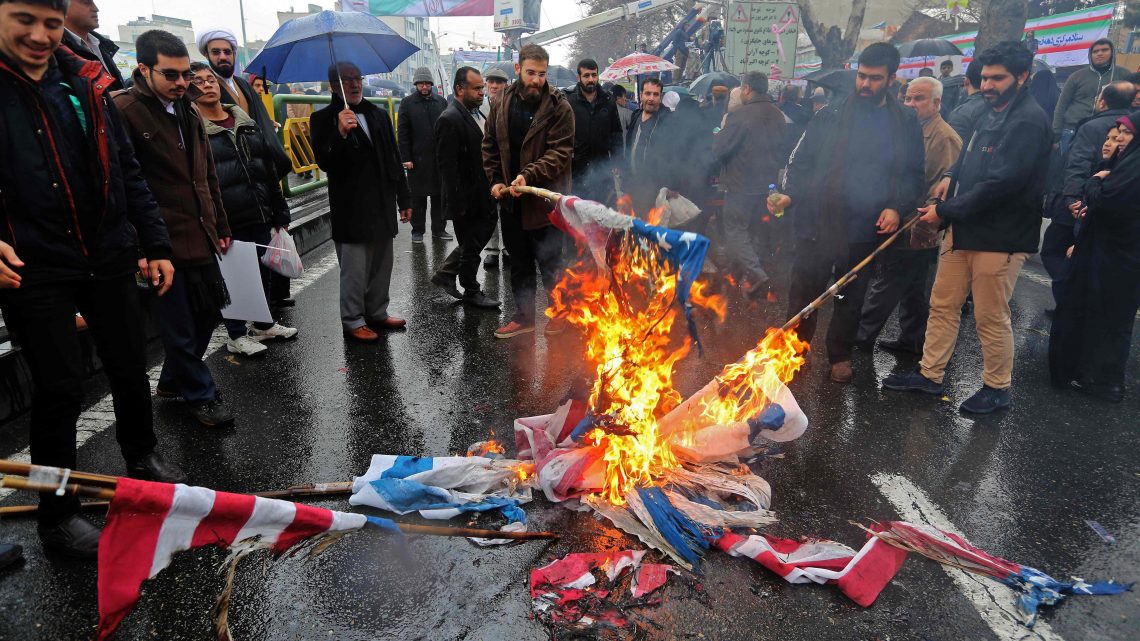 Angry crowds burned US flags in Tehran as the government showed off ballistic missiles in defiance of Washington’s efforts to curb’s its military power. 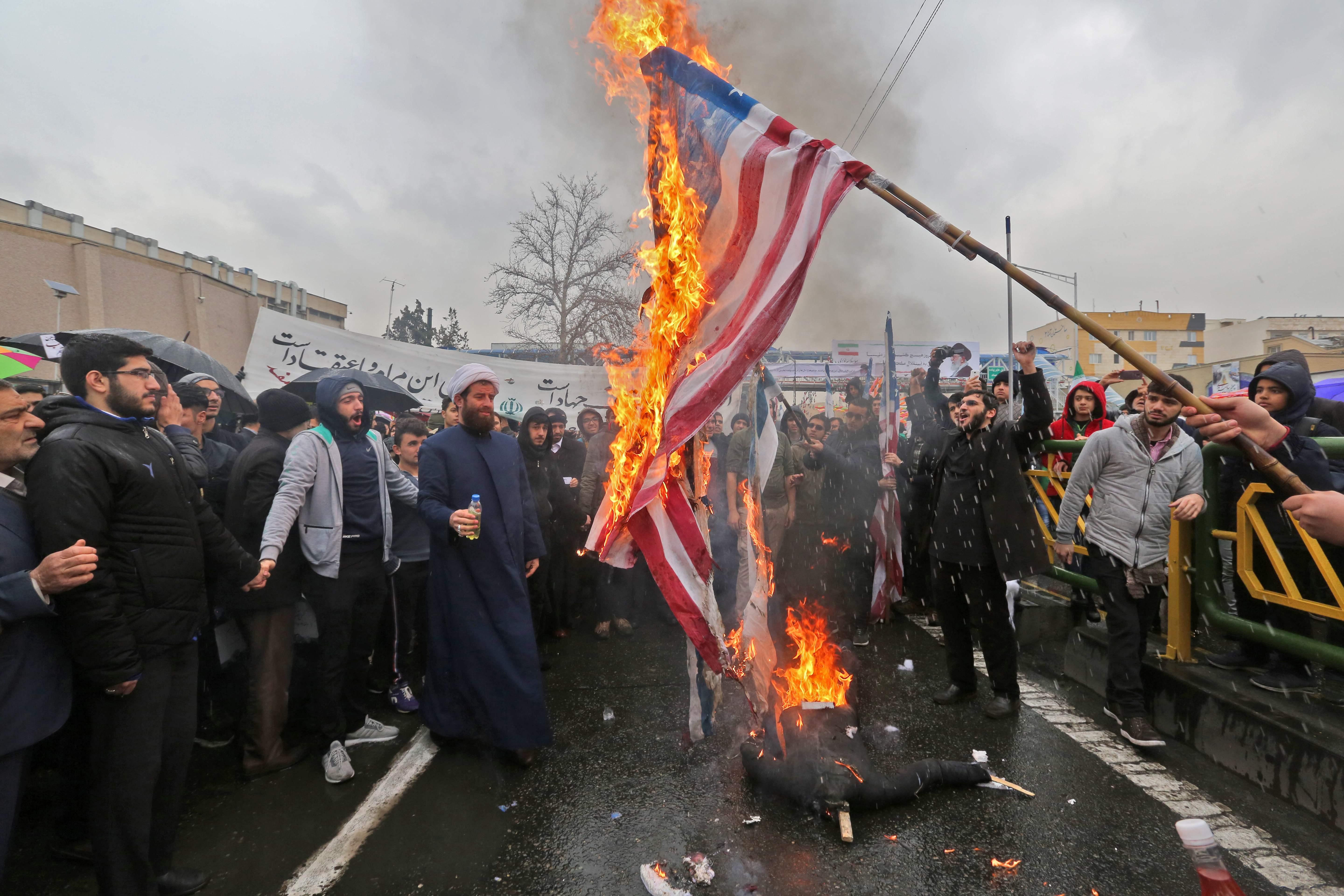 On February 11, 1979, Iran's army declared its neutrality, paving the way for the fall of US-backed Shah Mohammad Reza Pahlavi.

Yadollah Javani, the Revolutionary Guards' deputy head for political affairs, said Iran would demolish cities in Israel to the ground if the United States attacked.

After decades of hostility with the United States, Tehran vowed to expand its military power despite mounting pressure from hostile countries.

Death to Israel, Death to America

Ballistic missile capabilities were on show during the main march, including the Qadr F, a ground-to-ground missile with a 1,220 mile range, according to Tasnim news agency.

During a speech in Tehran Azadi square, President Hassan Rouhani insisted the regime would continue to develop its weaponry despite international pressures.

He said: “We have not asked and will not ask for permission to develop different types of …missiles and will continue our path and our military power.”

The large turnout in state-sponsored rallies, in which US and Israeli flags were burned, came as Iranians face mounting economic hardships many blame on the country's clerical leaders. 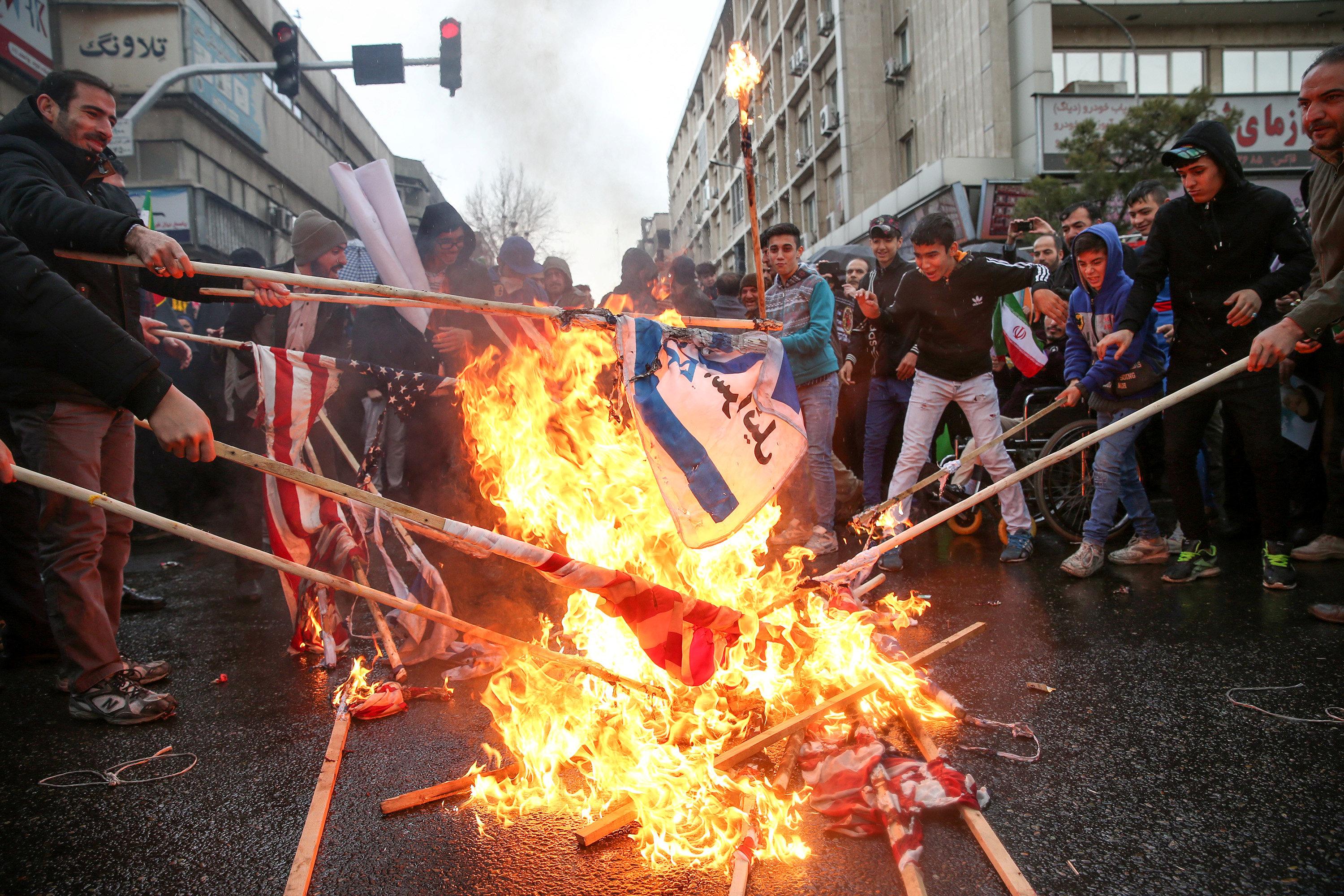 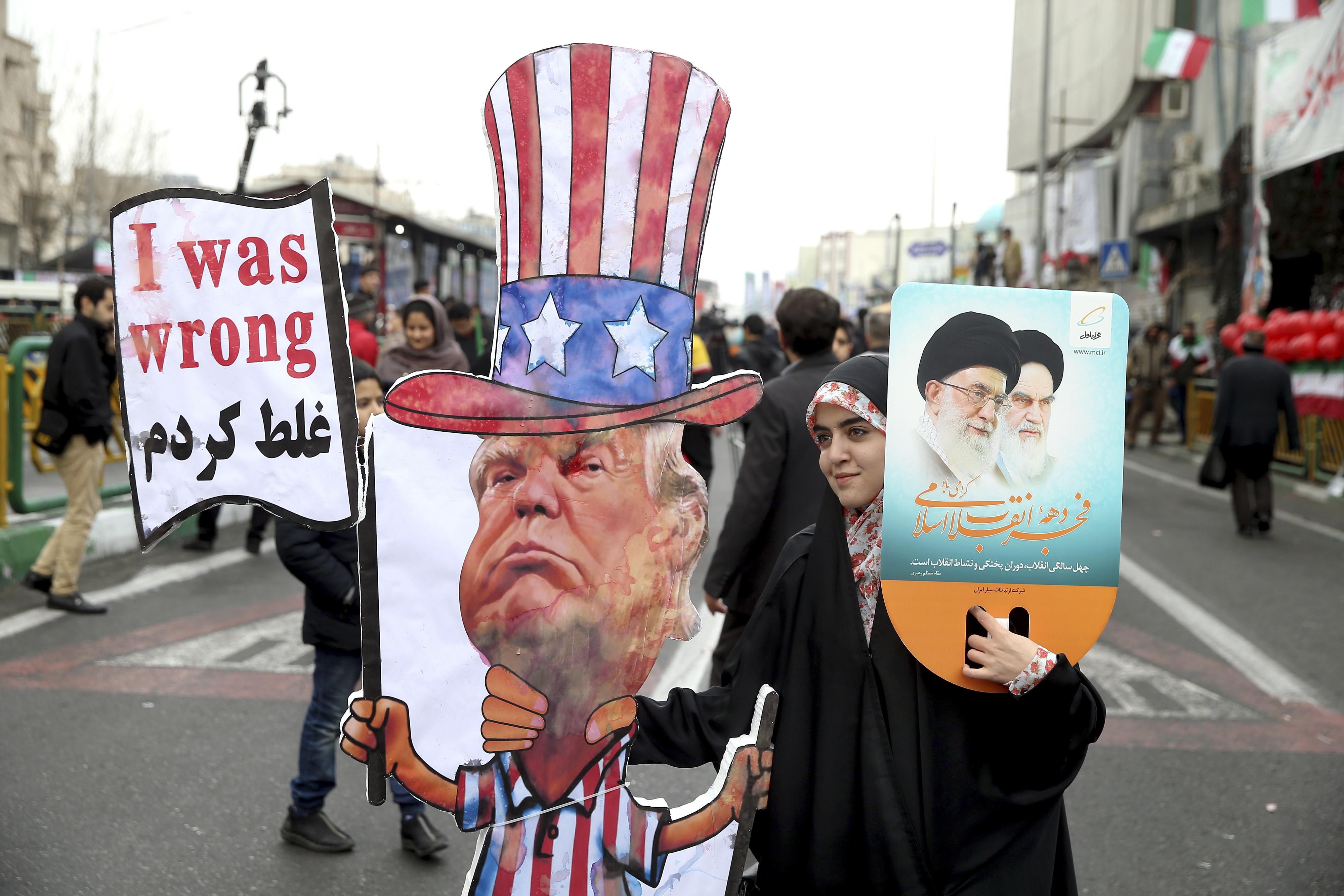 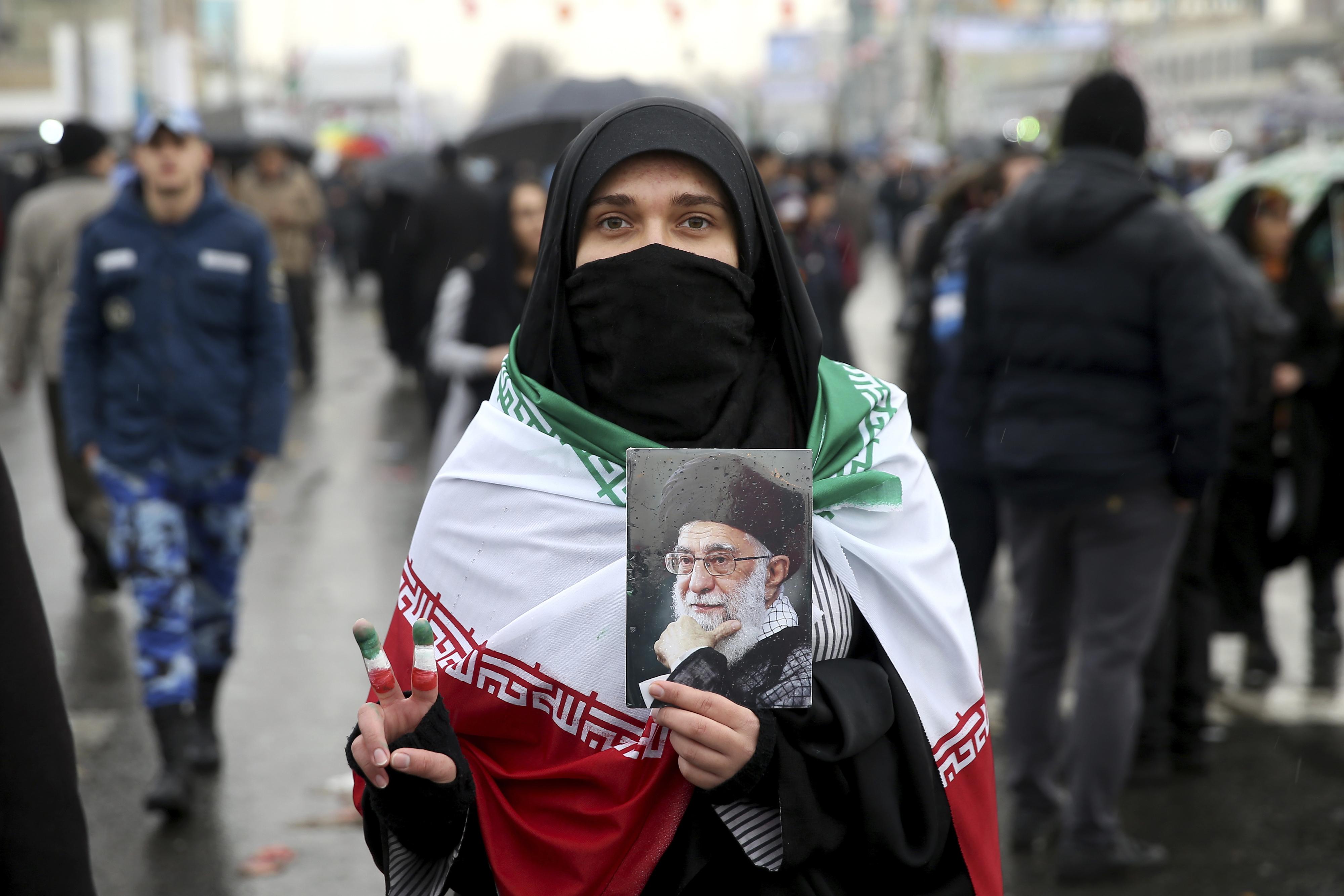 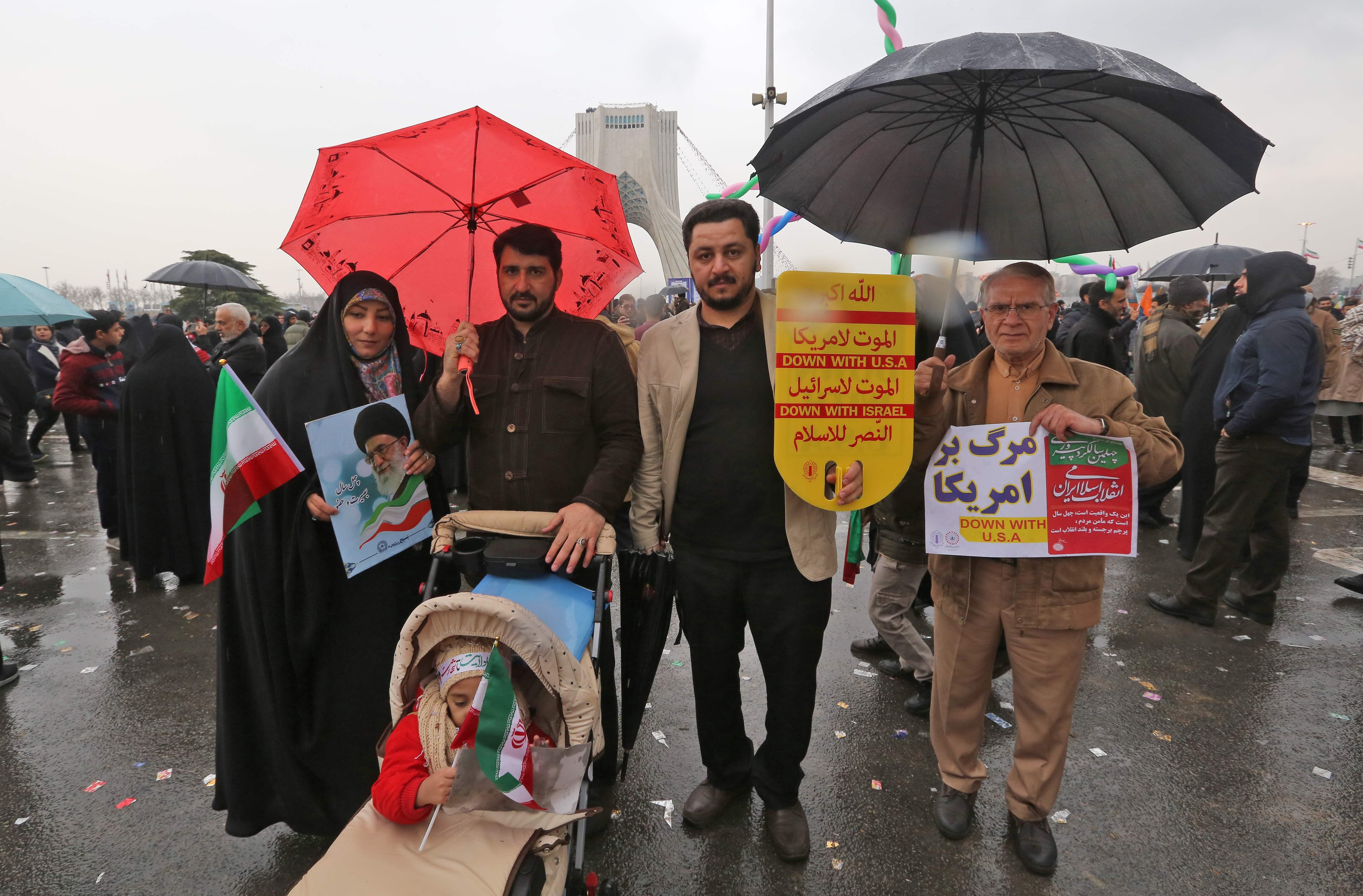 One protest sign read: "Our presence in the 40th anniversary of the revolution is to show our support for the Islamic Republic.

"But it does not mean we support corruption of some officials and their betrayal of the oppressed people."

News agency Reuters could not independently verify the pictures.

Last year, Iran cracked down on protests over poor living standards that posed the most serious challenge to its leadership since a 2009 uprising over disputed elections.

Iranian Foreign Minister Mohammad Javad Zarif tweeted: "I bow in admiration to Iran's resilient people who – despite hardships and grievances – today poured into streets by the millions to mark 40th anniv of their Islamic Revolution, which some in the US wished would never come.

"US should take note: REAL Iranians never succumb to diktats."

What is the Iran nuclear deal? 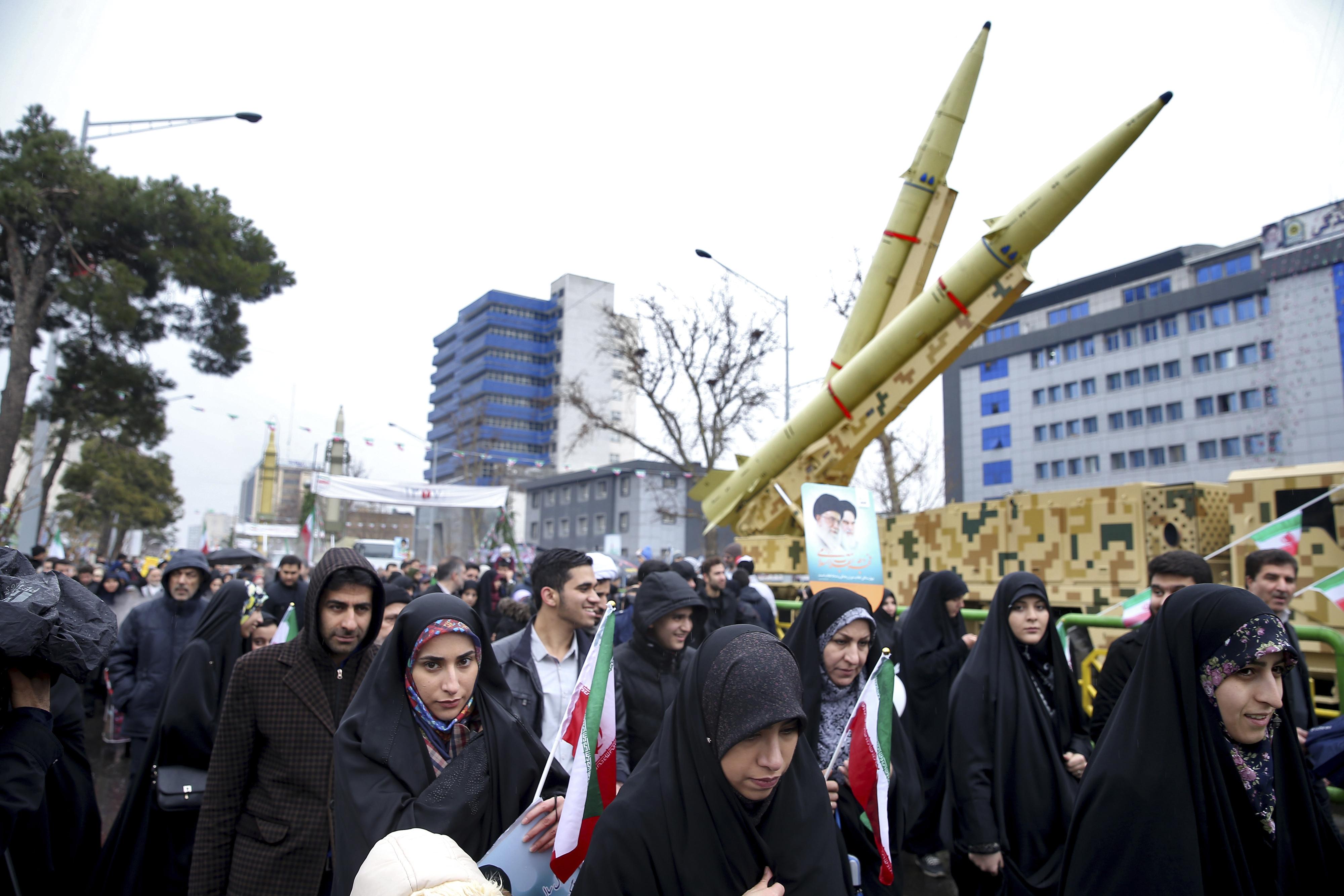 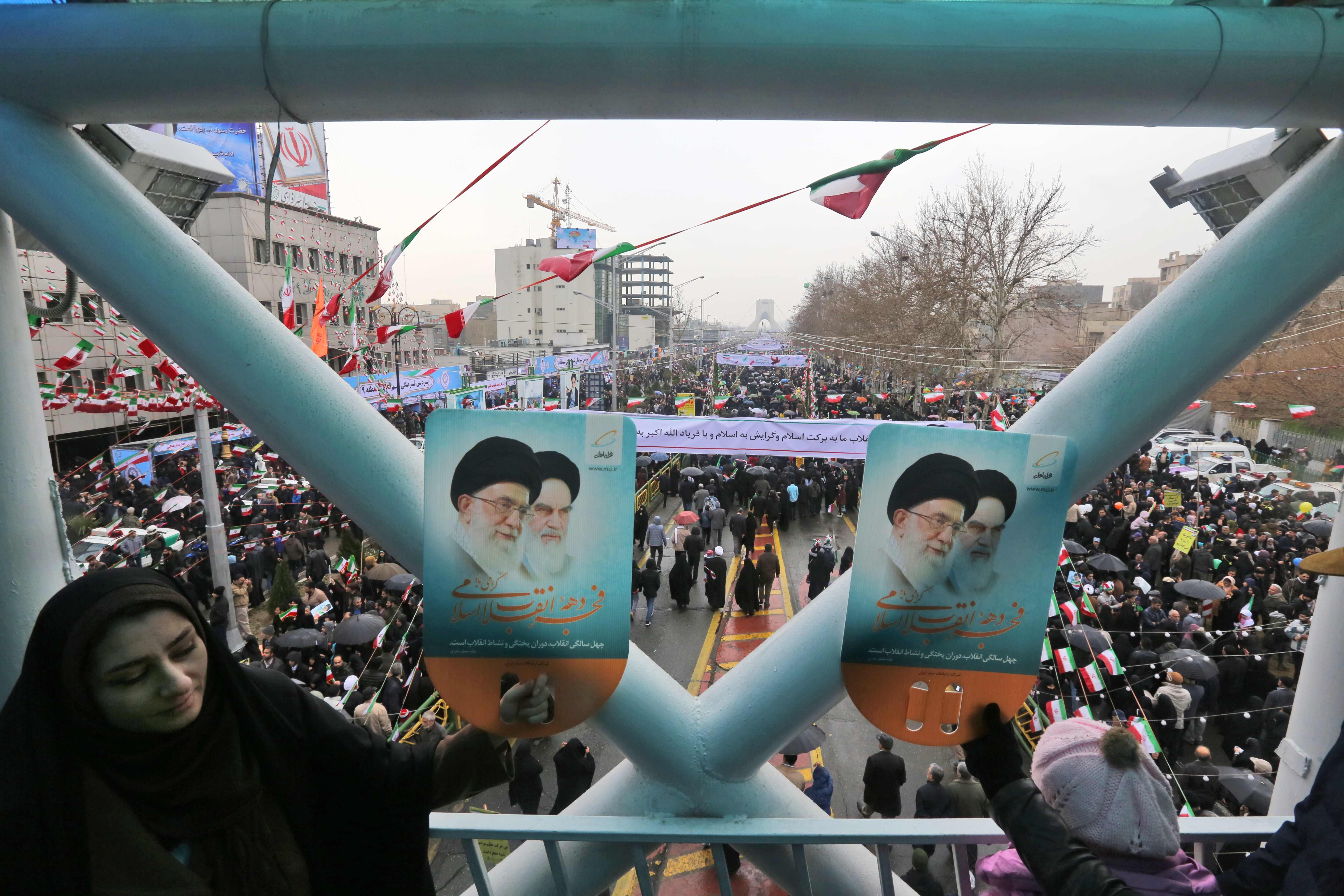 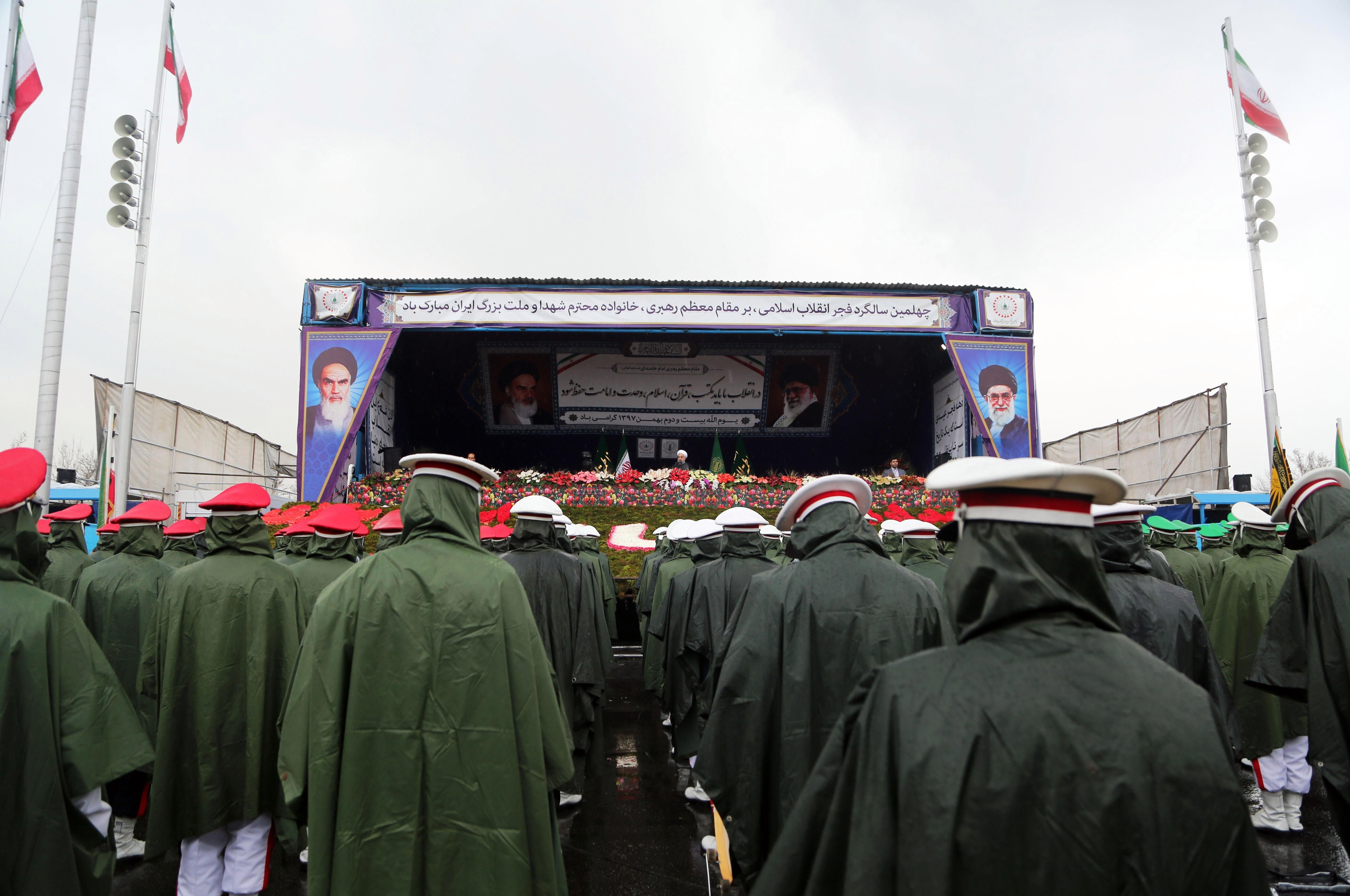 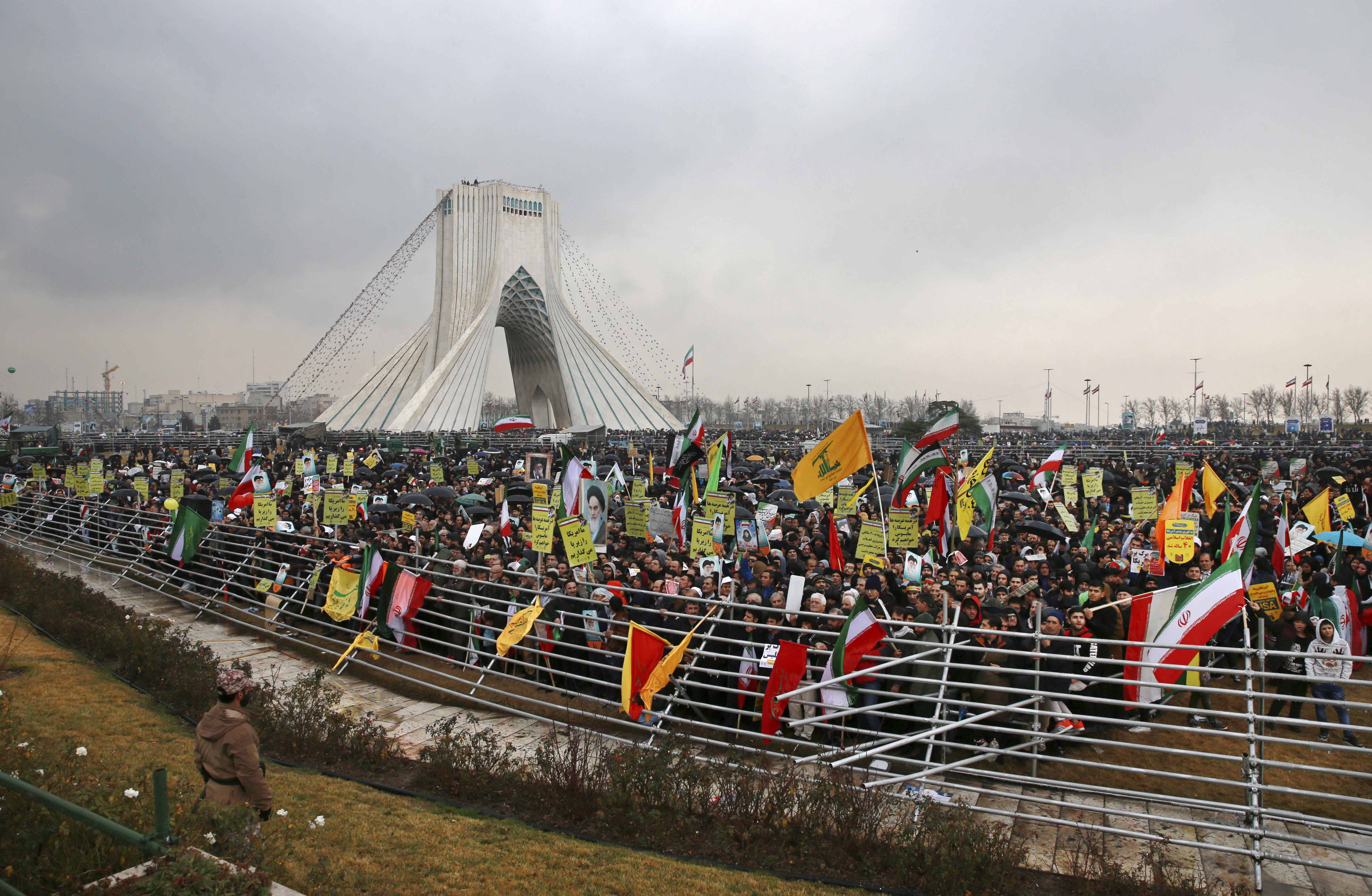 In January, Rouhani said Iran was facing its worst economic crisis since the Shah was toppled.

But he remained defiant on Monday, as Iranians recalled the end of a monarch who catered to the rich.

"Iranian people have and will have some economic difficulties but we will overcome the problems by helping each other," he said.

Washington and the Arab world have viewed Iran with great suspicion since the Islamic Revolution, fearing their radical ideology would inspire militants across the Middle East.

Today, the United States, its Arab allies and Israel are trying to counter Tehran's growing influence in the region, where it has proxies in Syria, Lebanon and Yemen.

Iran also has vast clout in Iraq, where Major-General Qassem Soleimani, head of the overseas arm of Iran's Revolutionary Guards overseas division, was frequently photographed guiding Shi'ite militias in the war against ISIS.

"Defending the system and religion are inseparable," Soleimani was quoted as saying by Tasnim news agency during celebrations in his hometown.

Why are there tensions between the US and Iran? 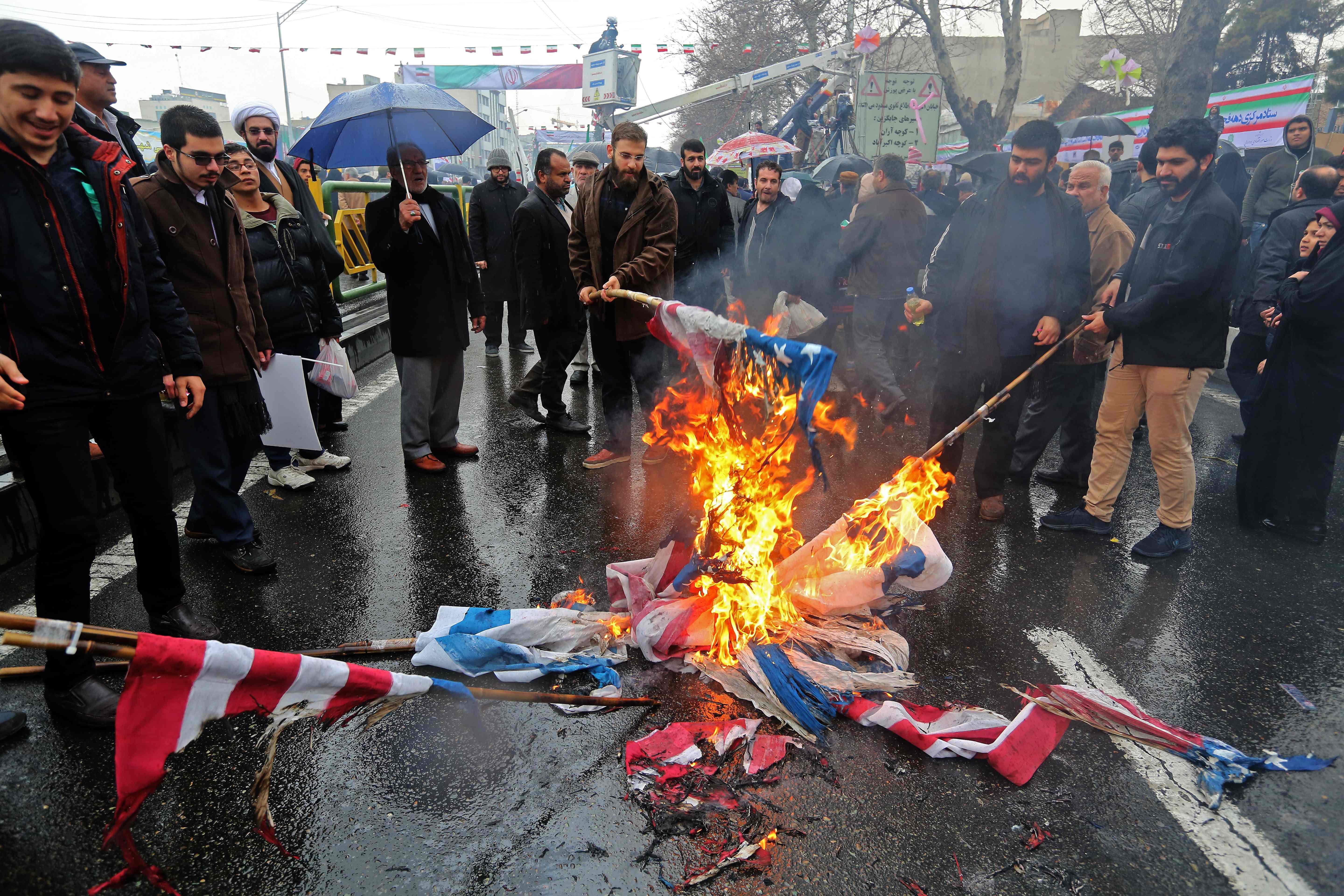 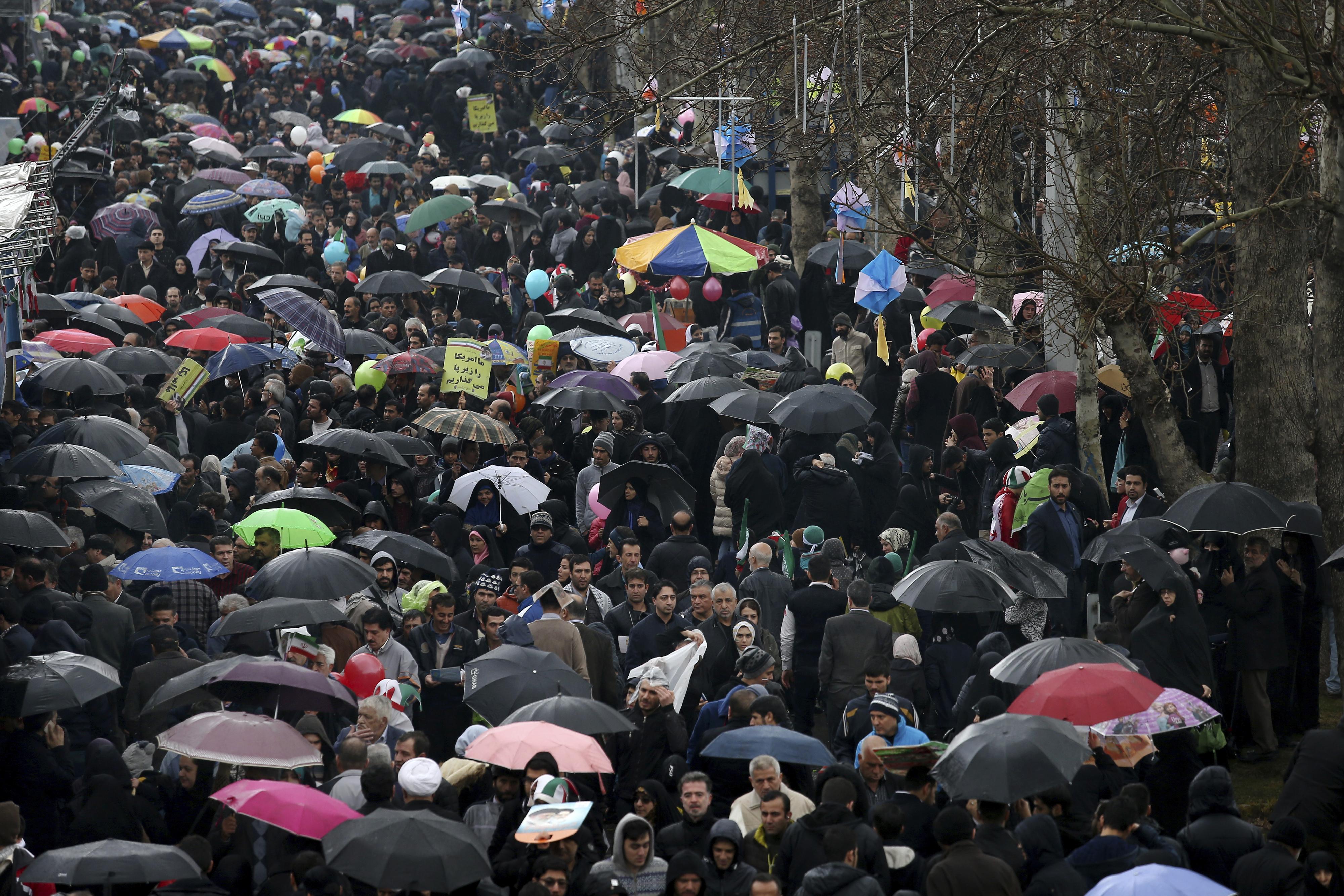 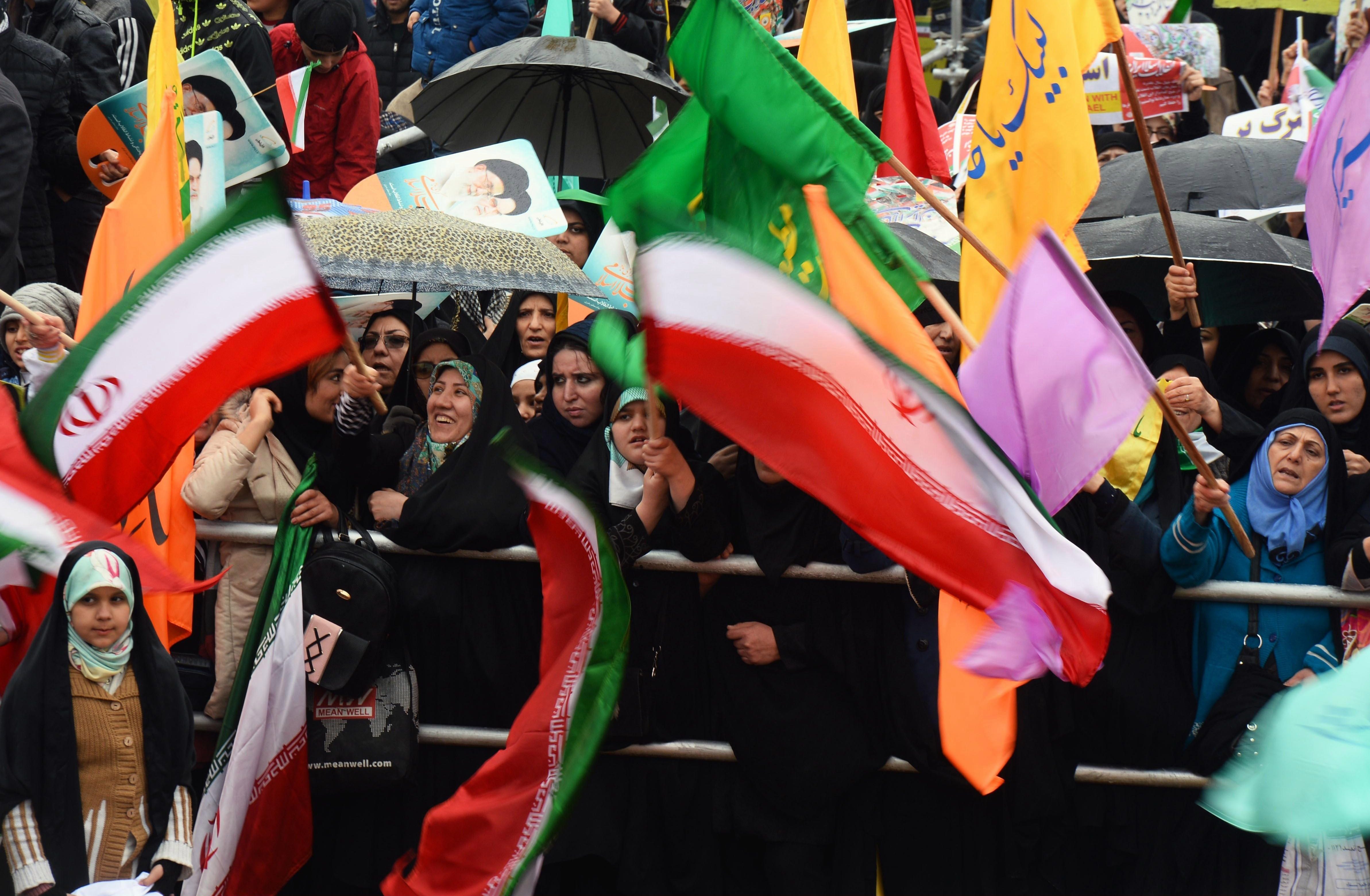 The Truth About Brad Pitt and Jennifer Aniston's Current Relationship