Eric Shawn: Confronting Iran to help The Gulf and the US

A report released Saturday by Iran's Civil Aviation Organization blames the shootdown of a Ukrainian jetliner on a misaligned missile battery and miscommunication between troops and their commanders.

The report comes months after the Jan. 8 crash near Tehran that killed all 176 people on board. Authorities had initially denied responsibility but changed course days later after Western nations presented extensive evidence that Iran had shot down the plane. 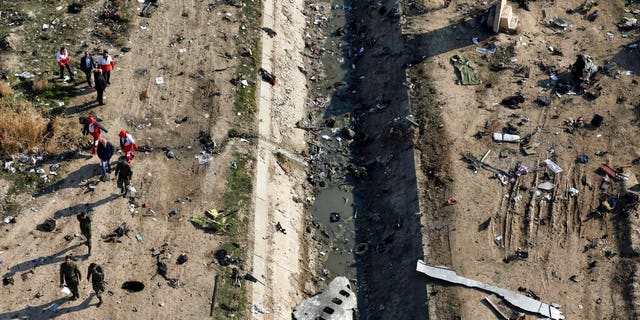 The report signals a new phase in the investigation into the crash, as the aircraft's black box flight recorder is due to be sent to Paris, where international investigators will finally be able to examine it. It also comes as public opinion remains low over Iran's government as it faces both crushing U.S. sanctions and vast domestic economic problems.

At the time, Iranian troops were bracing for a U.S. counterstrike and appear to have mistaken the plane for a missile. The civil aviation report detailed a series of moments where the shootdown of Ukraine International Airlines Flight 752 could have been avoided.

The report said the surface-to-air missile battery that targeted the Boeing 737-800 had been relocated and was not properly reoriented.

Those manning the missile battery could not communicate with their command center, they misidentified the civilian flight as a threat and opened fire twice without getting approval from ranking officials, the report said.

The report notes that the Ukrainian flight had done nothing out of the ordinary up until the missile launch, with its transponder and other data being broadcast.

The plane had just taken off from Imam Khomeini International Airport when the first missile exploded, the report said. The second missile likely struck the aircraft directly, as videos that night show the plane exploding into a ball of fire before crashing on the outskirts of Tehran.

The report put the blame entirely on the crew of the missile battery. Already, six people believed to be involved in the incident have been arrested, judiciary spokesman Gholamhossein Esmaili said.