A leading insurance company has banned the words ‘energetic’ and ‘enthusiastic’ from its job adverts to avoid putting off older applicants.

Phoenix Group said it was looking at how to write job applications that steered clear of ‘younger-age stereotypical words’ over fears the over 50s are ‘ruling themselves out’ of applying.

The company, based in Birmingham, is also said to be assessing where it placed its advertisements to ensure they reached older jobseekers.

Phoenix is run by Andy Briggs, who was appointed by the government to be the business champion for older workers in 2017.

Phoenix Group, a leading insurance firm run by the government’s business champion for older workers Andy Briggs (pictured), will no longer use words ‘energetic’ or ‘enthusiastic’ in its job adverts to avoid putting off older workers.

A spokesman for Phoenix told The Times: ‘This is not because people’s enthusiasm changes with age but because research shows that some people will rule themselves out of even applying if they don’t feel that they are wanted.’

The company will also remove other words such as ‘innovative’, which it argues could put off older applicants, and instead state that it seeks skills such as ‘contributing new ideas’ or ‘problem solving’.

Phoenix runs closed life assurance books under names ranging from Standard Life and Sun Life to ReAssure, and employs more than 7,000 people in the UK, Ireland, Germany and Austria, and is looking to fill 80 vacancies.

Some 44 per cent of its workforce are aged over 45, according to its website.

The company appears to be addressing employment fears from the pandemic, which has disproportionally affected over 50s as well as younger workers. 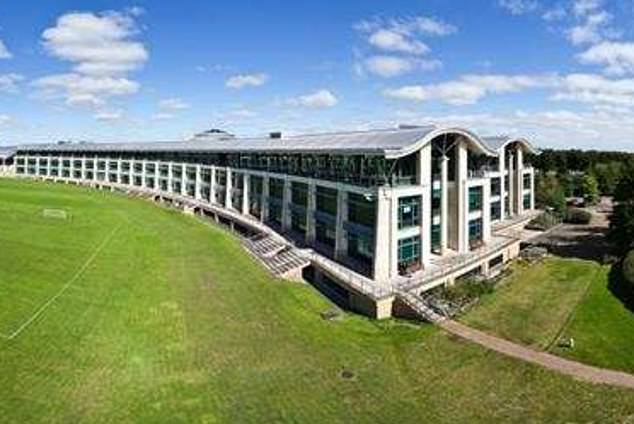 The company, based in Birmingham, is also said to be assessing where it placed its advertisements to ensure they reached older jobseekers

Figures from the Office for National Statistics (ONS) last year showed there were 180,000 fewer over-50s in work than before the Covid pandemic.

The data also found over a quarter of people furloughed were over 50, around 1.3 million total.

A poll found three in ten of older workers on furlough believed there was a more than 50 per cent chance that they will lose their job when the scheme ended.

It also found 13 per cent of workers have changed their retirement plans, with 5 per cent saying that they will retire earlier and 8 per cent planning to retire later.

Mr Briggs, who co-chairs the 50Plus Choices Employer Taskforce of business groups along with Employment Minister Mims Davies said that the figures showed a significant impact on the employment market.

‘Older workers have been disproportionately impacted by Covid-19, just like the younger generation,’ he said in October.

‘We must recognise the immediate and longer term impact this will have if we don’t take action. The over-50s represent a third of our workforce and yet often, due to their age, they will find it much harder to re-enter the workforce.

‘Job losses amongst the over-50s represents a significant loss, both to our economy and to their own later life financial security, with one-in-eight workers over 50 having changed their retirement plans as a result of the pandemic.’

DEAL OF THE DAY: The White Company slashes 60 percent off home and fragrance

I did a DIY bleach job on my hair… it was a total fail, bits snapped off and now I look like a crazy penguin
World News