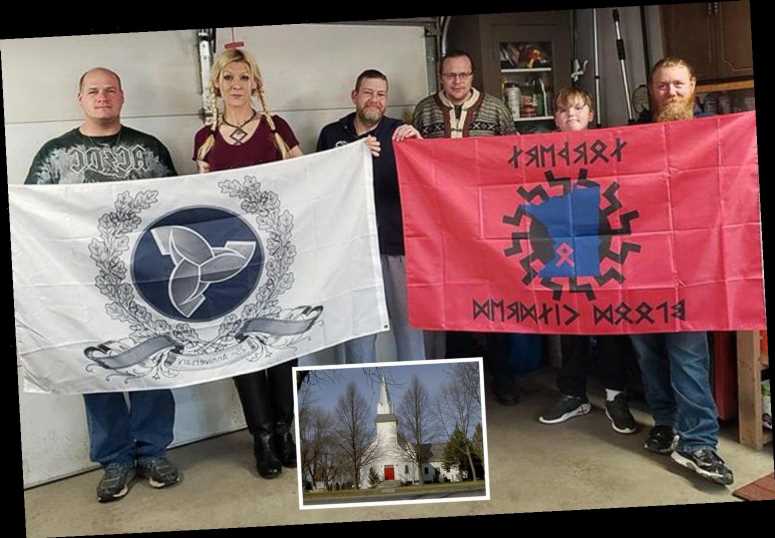 MEMBERS of a "whites only" pagan religion have sparked outcry by staging a bizarre blood ritual and adorning a former church with Nazi symbols in a small Midwestern town.

The Asatru Folk Assembly – condemned as a white supremacist hate group by watchdogs – was controversially given a permit to take over a disused Lutheran church last month in Murdock, Minnesota. 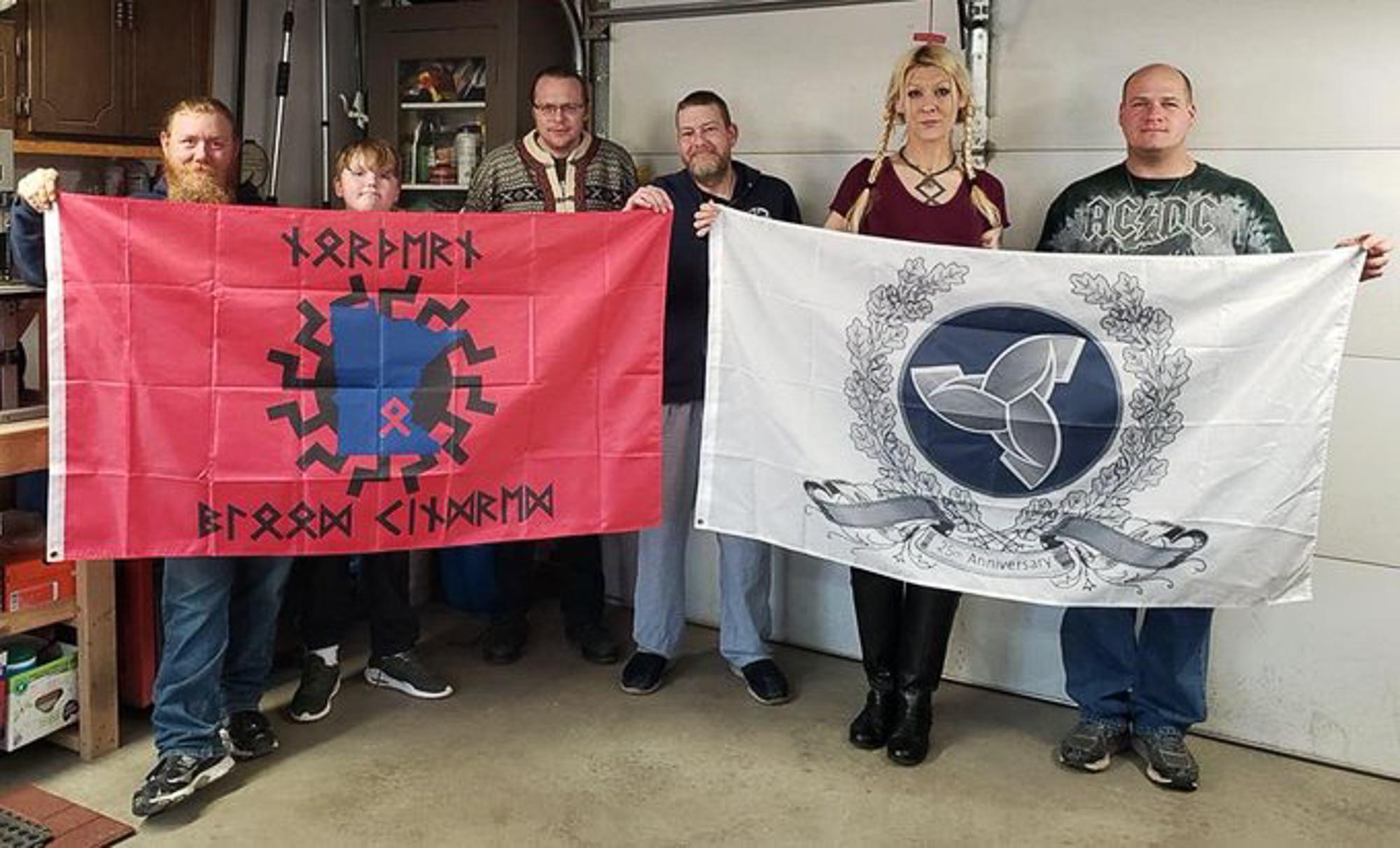 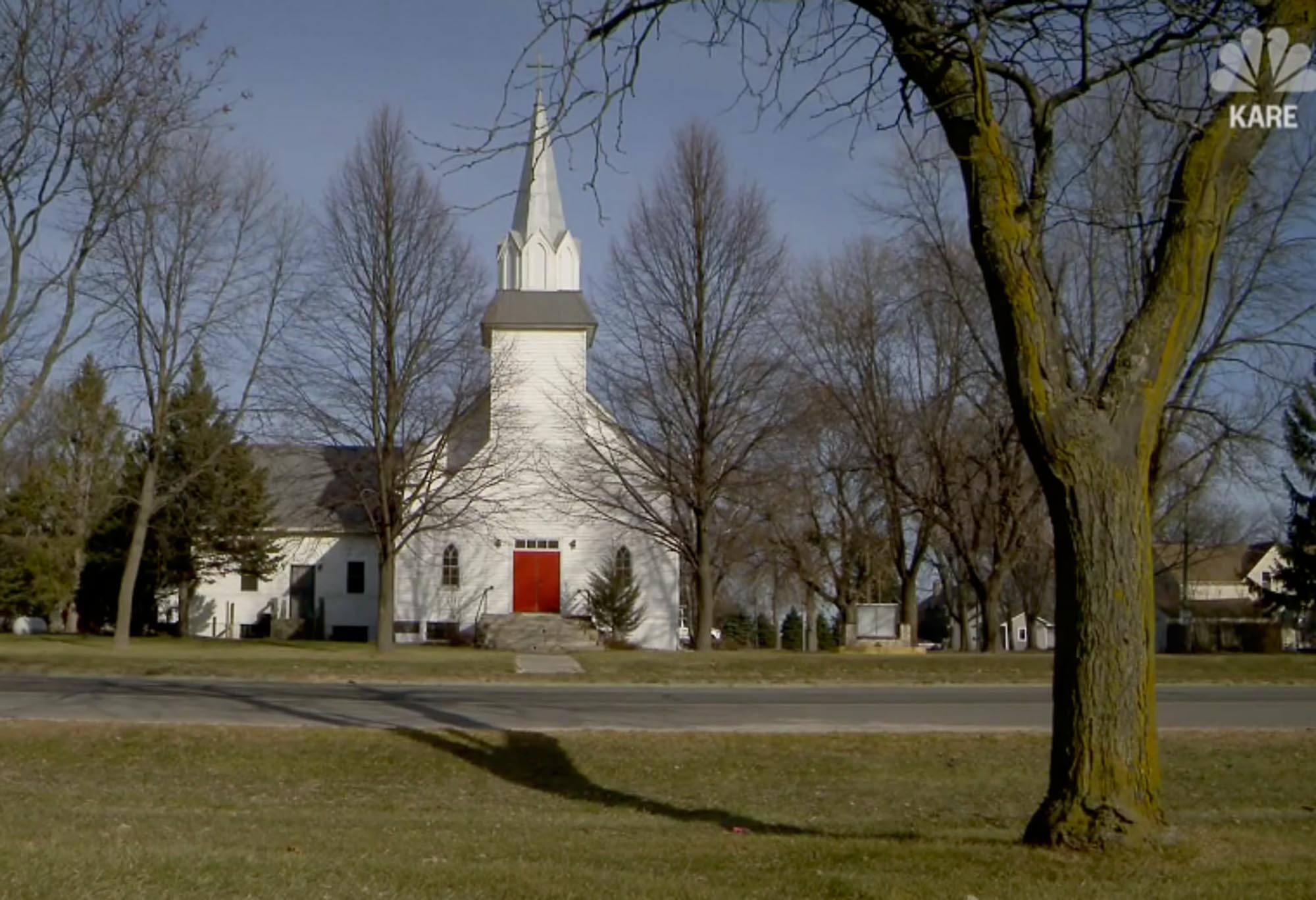 It raised alarm in the tiny farming community overs fears their town of 280 people would be used as a base for neo-Nazi extremists.

AFA members have held two events at the old church – renamed the Baldurshof – since being granted a license to hold religious gatherings, reports DailyMail.com.

The first was in knife skills and the second was a "blotting" ceremony in which members cut themselves and let their blood drip into the land.

It also emerged the group has hung sinister flags inside the picturesque 120-year-old white weatherboard church it purchased last year.

One large red banner draped over the altar shows the state of Minnesota isuperimposed on a Sonderrad – or Sunwheel – an ancient Indo-European symbol appropriated by Nazi Germany.

Towards the base is a red Othana Rune, a symbol also adopted by the Nazis and used by modern day white supremacists.

A second flag on the wall behind the altar and features the AFA's three-limbed logo, which appears based on a Triskele – yet another emblem adopted by white supremacists.

The AFA describes itself as a "warrior religion" and says it preaches pre-Christian spiritual beliefs honoring their Northern European ancestors.

It is one of several like-minded groups that have adopted the imagery of Vikings, Norse mythology and medieval Europe.Members deny they are racists – although they admit non-whites would not be allowed to join.

However some AFA members reportedly marched alongside white supremacists in the deadly "Unite the Right" rally in Charlottesville, Virginia, in 2016.

The AFA is listed as an "extremist group" by the Anti-Defamation League, which warned it appeals to white supremacists through its “warrior religion” aesthetic.

“At the cross-section of hypermasculinity and ethnocentricity, this movement seeks to defend against the unfounded threats of the extermination of white people and their children.” 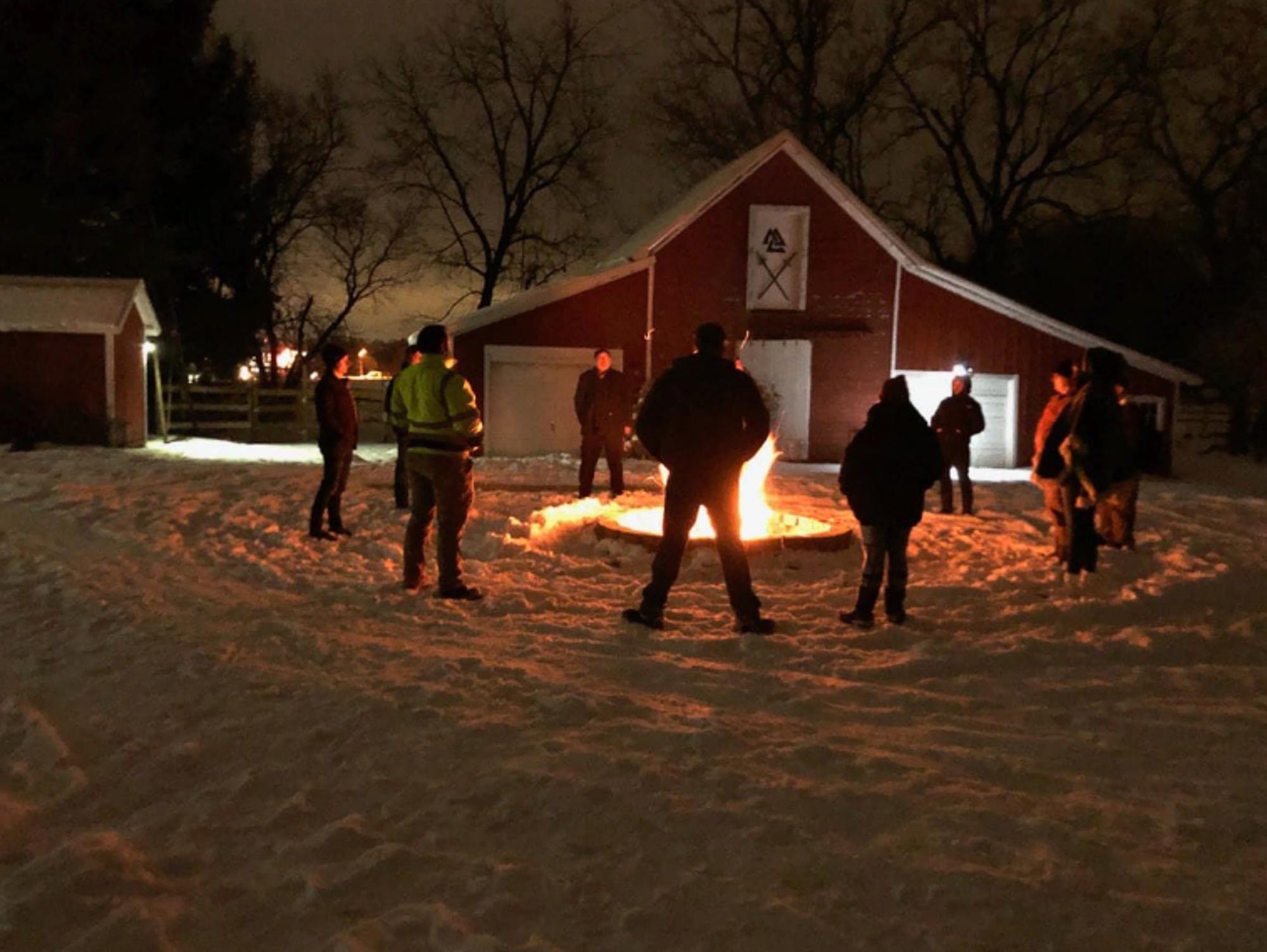 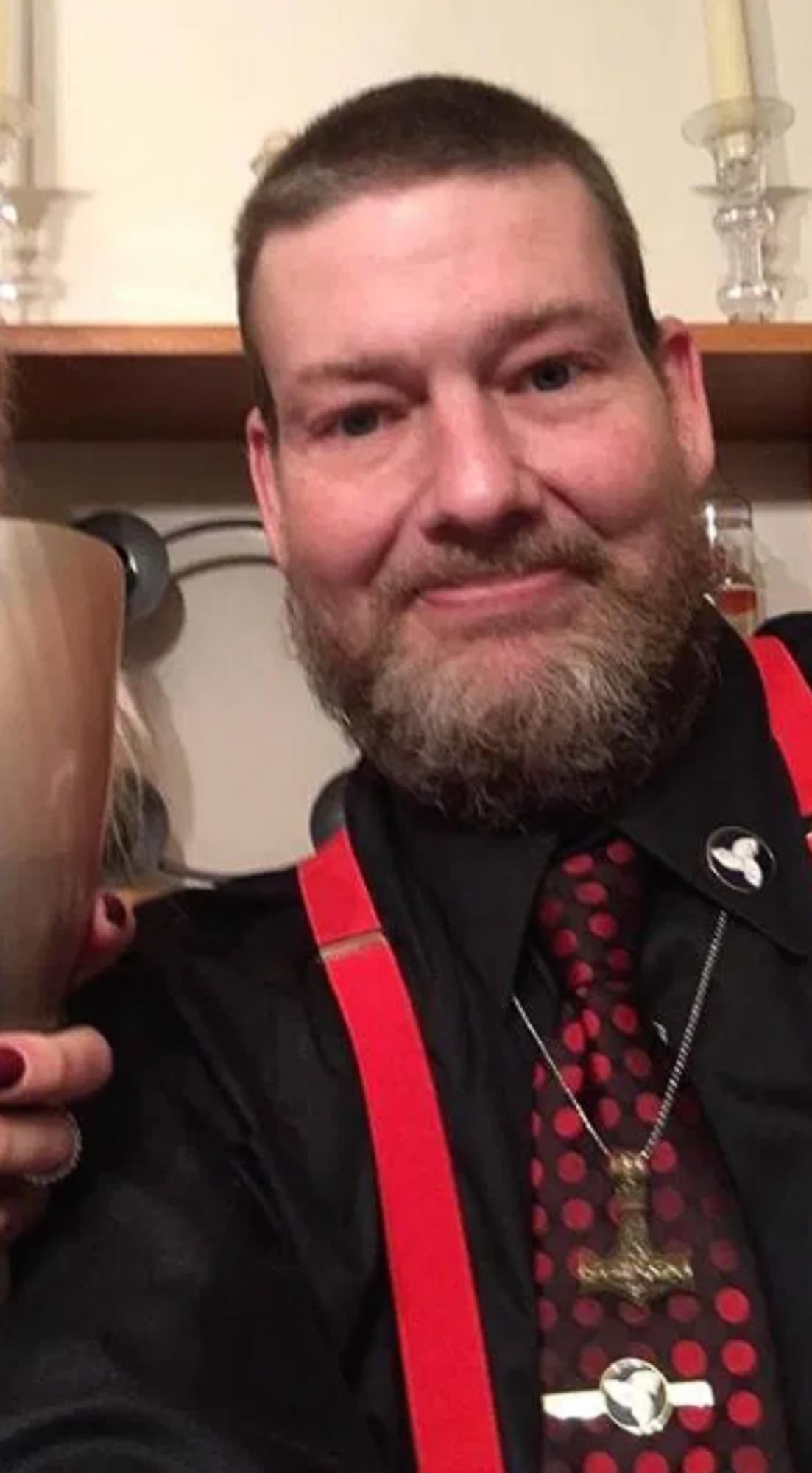 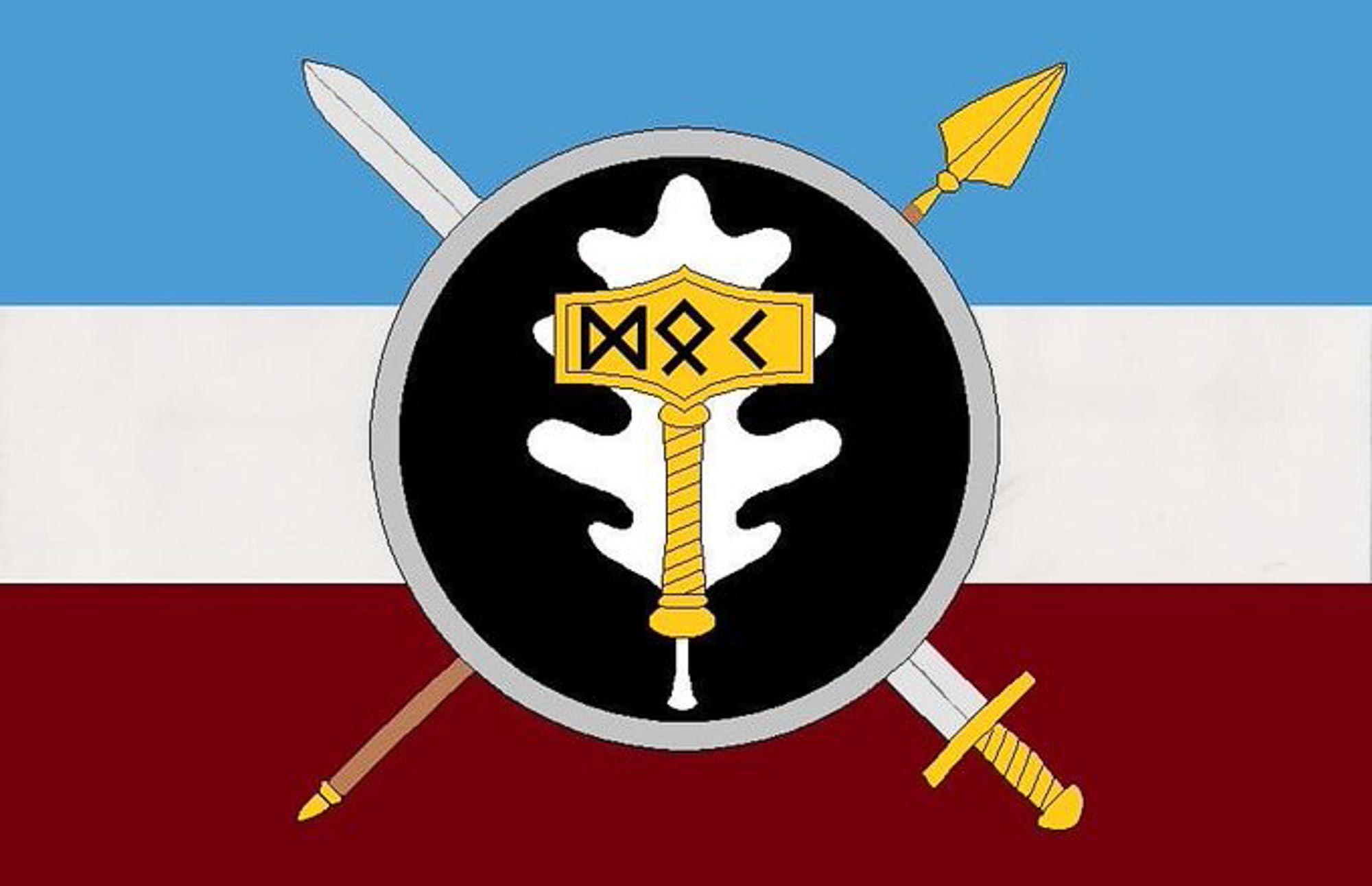 Baldurshof in Murdock is the third "hof", or heathen church, established by the 800-member AFA after the group's Odinshof in Brownsville, California, and Thorshof in Linden, North Carolina.

Residents in rural Minnesota were alarmed at plans to take over the old church and a petition against it gathered more than 100,000 signatures.

But last month the town council voted 3-1 in favor of granting a temporary permit.

At a meeting to discuss the plans, AFA board member and "Lawspeaker" Allen Turnage left residents open mouthed with his defence of the group's whites only stance.

One who was present told DailyMail.com: "There were about 50 people in the meeting and you could hear a pin drop after he said that."

Amid outcry, town leaders denied they were welcoming racists, and insisted zoning laws did not permit them to block the repurposing of the abandoned church.

City Attorney Wilcox advised council members the First Amendment protected religious freedom, and there was no evidence the AFA is not a real religion.

"They don't deny they are white separatists," he said. "They only allow white people in their church.

The AFA says it wants to turn the reclaimed church into a regional gathering point in the US Midwest.

Pete Kennedy, 59, an engineer who has lived in the town for 50 years, told the Ney York Times many residents fear extremists will try “to get some sort of toehold here because they feel this is some refuge where they can come and foment this hate.”

Around a fifth of the small population are Latino, mainly farm workers. Some have claimed they are living in fear of the incomers and may be forced to move.

One local mother said she was now afraid to let her children play in the street.

Another resident told DailyMail.com: "It just puts a pit of dread in my stomach.

"This is so clearly a group that is incredibly dangerous for anyone who doesn't fit their narrative -i.e. anyone who isn't white, or what they perceive as white, which is blonde haired and blue eyed."

The AFA denied they are white supremacists and said they only wanted their religion to be respected.

Board member Turnage said: “Just because we respect our own culture, that doesn’t mean we are denigrating someone else’s.”

"Folk Builder" Jason Gallagher, standing outside the Minnesota hof, said: "We are just here to be together." 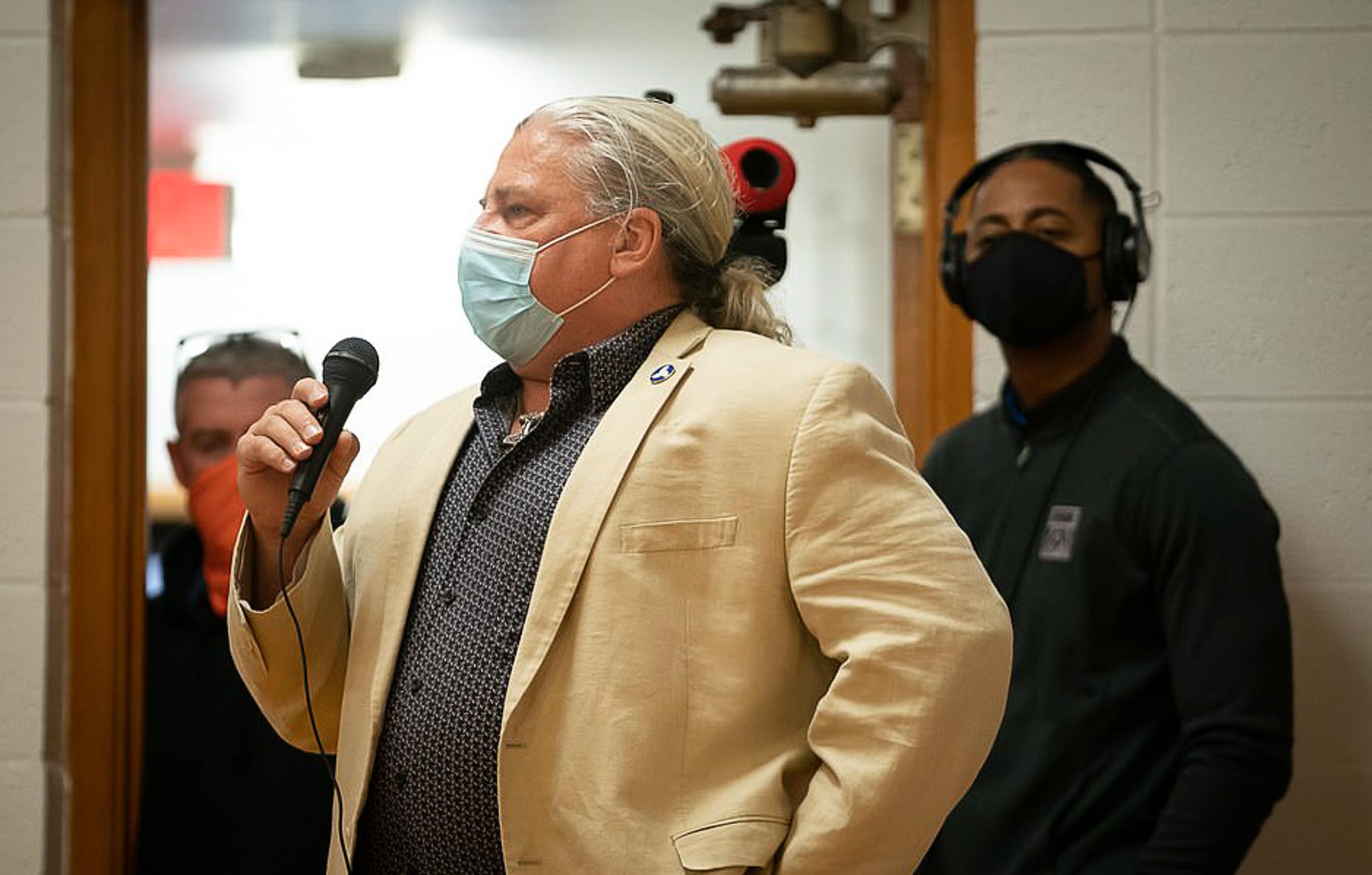 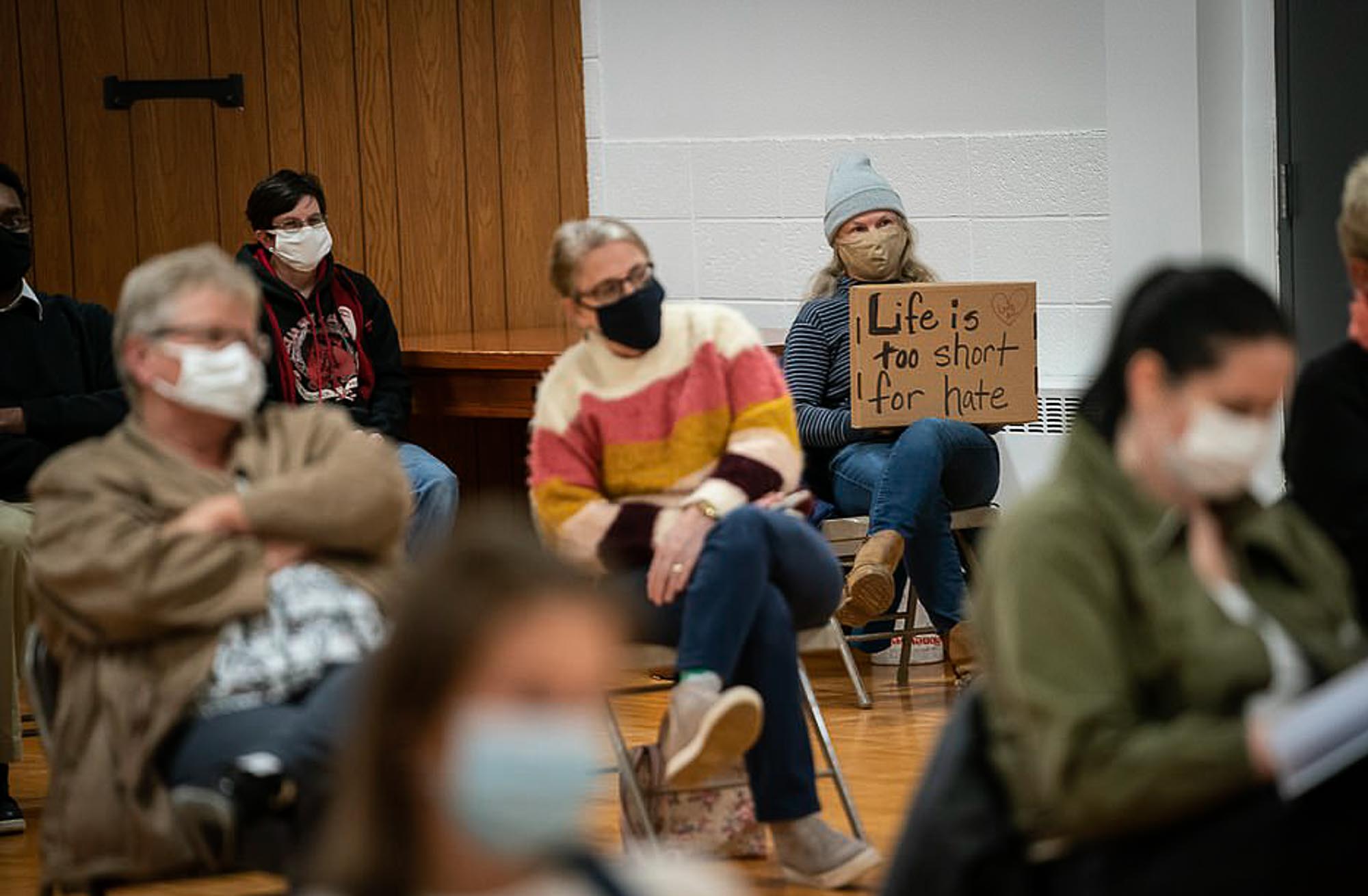 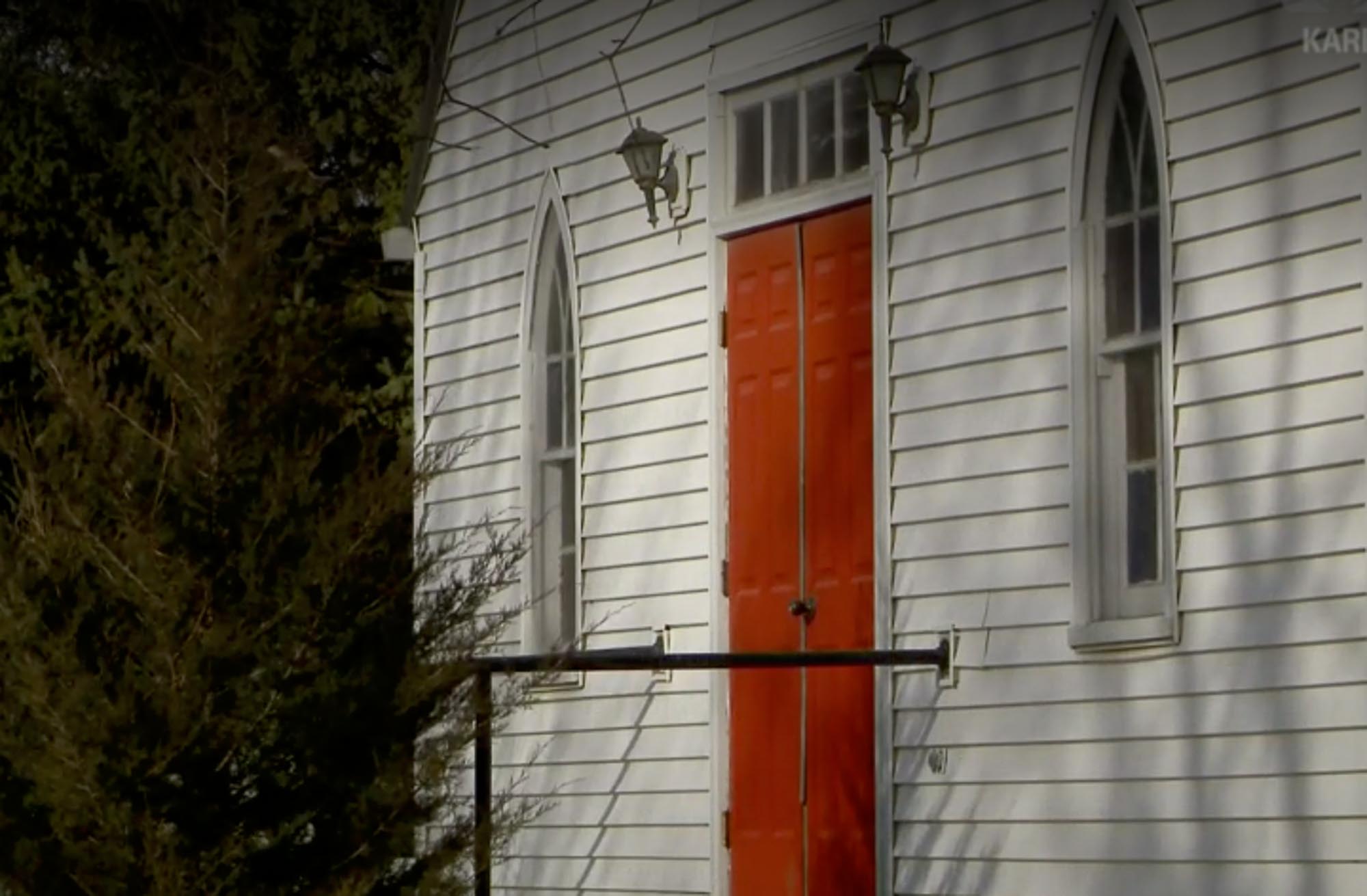 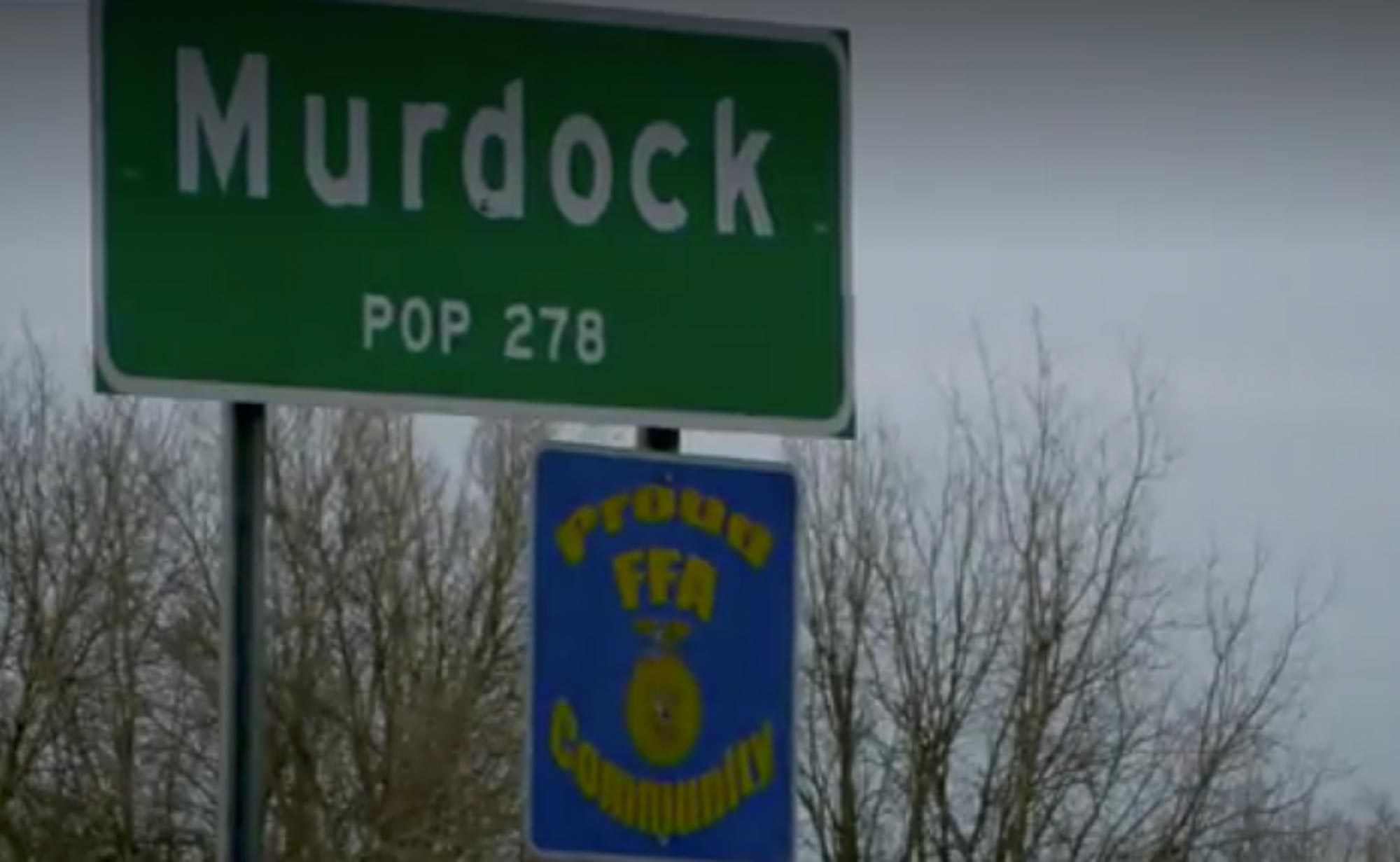 CategoryWorld News
TagsInside only the White’s