Home » World News » Inside the coronavirus quarantine centre in Darwin 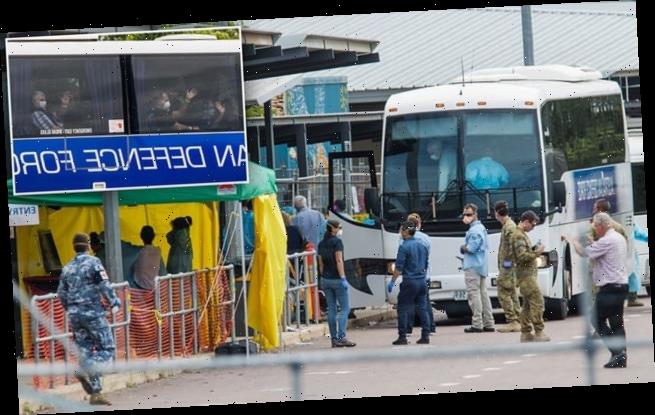 Inside the coronavirus quarantine centre in Darwin

Australians quarantined in the Howard Springs camp in Darwin approached staff asking for alcoholic drinks while waiting for their quarantine period to be over.

One person labelled the evacuees as ‘whingers’ if they couldn’t go for two weeks without an alcoholic beverage. 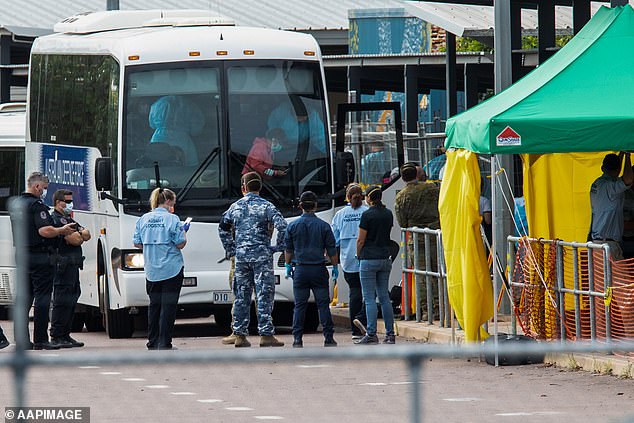 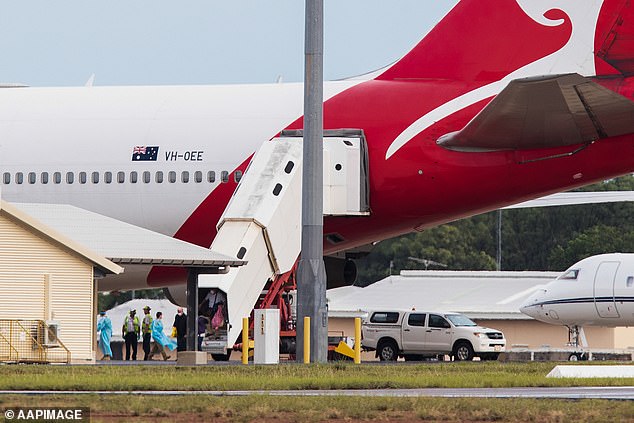 ‘There’s only 1 per cent of whingers,’ they told NT News.

‘One lady went around even with a petition. If you can’t go two weeks without a beer, you’ve probably got a problem as far as I’m concerned.’

A Department of Health spokesperson told the publication that no alcohol was allowed on the premises to comply with quarantine conditions.

‘The quarantine facility has been deemed alcohol-free in line with best practice as alcohol impairs judgment and could compromise people’s adherence to strict quarantine conditions, including the use of personal protective equipment,’ they said.

The passenger commended the efforts of Qantas staff, cruise ship staff and crew who helped ease the process.

He said the captain ‘deserved a medal’ for handling the situation perfectly despite the circumstances. 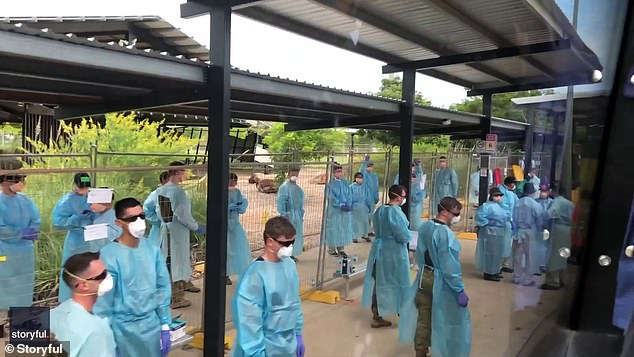 Upon arrival to the Howard Springs camp in Darwin, passengers are greeted by officials in protective gear (pictured)

A couple who are also quarantined in the camp have documented their arrival in Darwin.

Their video diary shows them boarding the Qantas flight in Japan surrounded by crew in protective gear and passengers wearing face masks.

When they arrive in Darwin the couple film passengers in high spirits who can be heard cheering.

The group then travel to the quarantine centre where they are greeted by staff wearing protective gear. 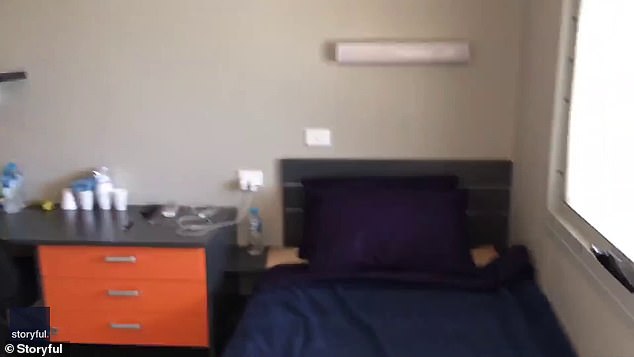 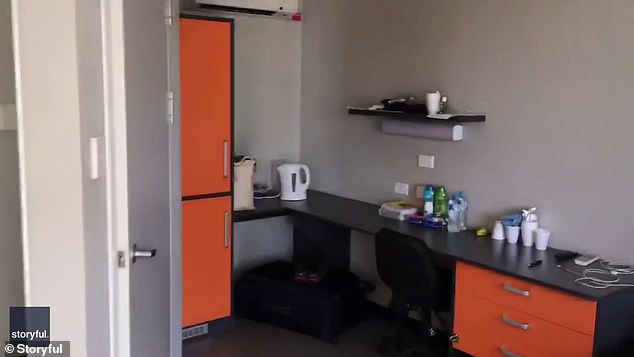 Upon arrival at the camp, an eerie silence welcomes the couple who film the cabins that will house the evacuees.

The cabins come with a single bed, a television set, toiletries and free water and bathroom with a shower and toilet.

The total number of confirmed coronavirus cases in Australia is 23.

Seven Australians who were on the Diamond Princess cruise ship tested positive for the virus.

AUSTRALIANS WITH THE CORONAVIRUS