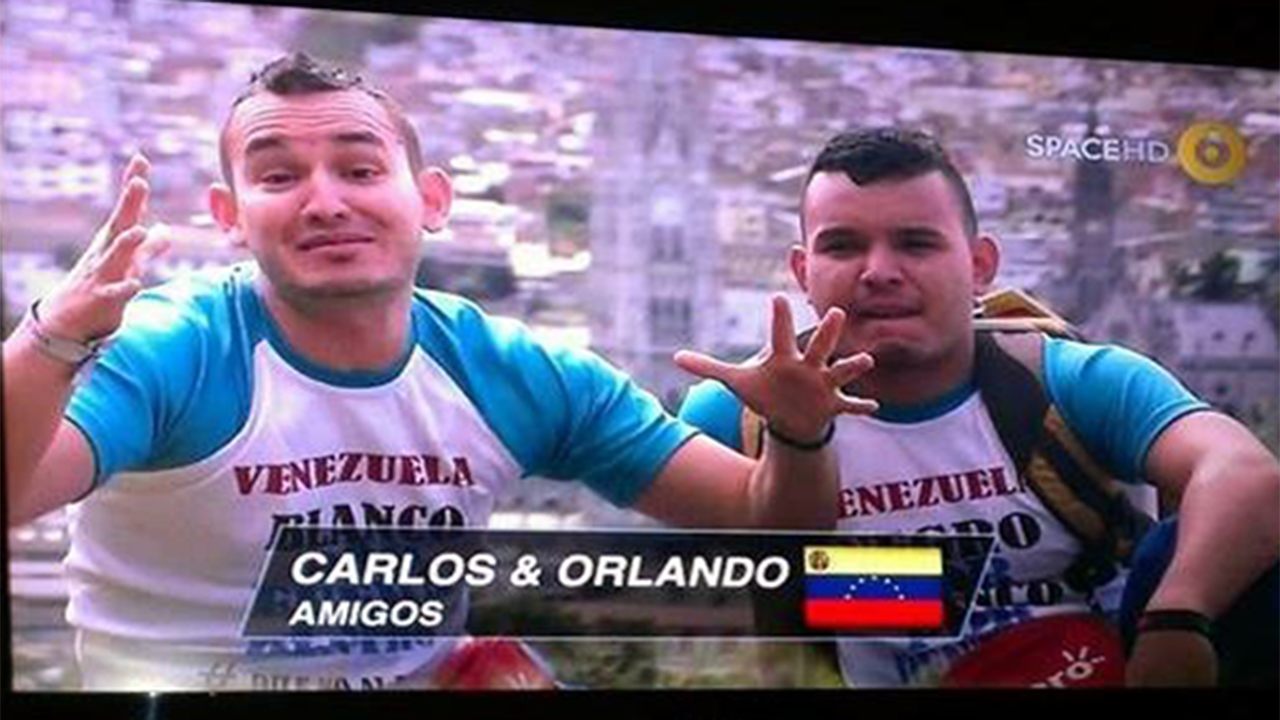 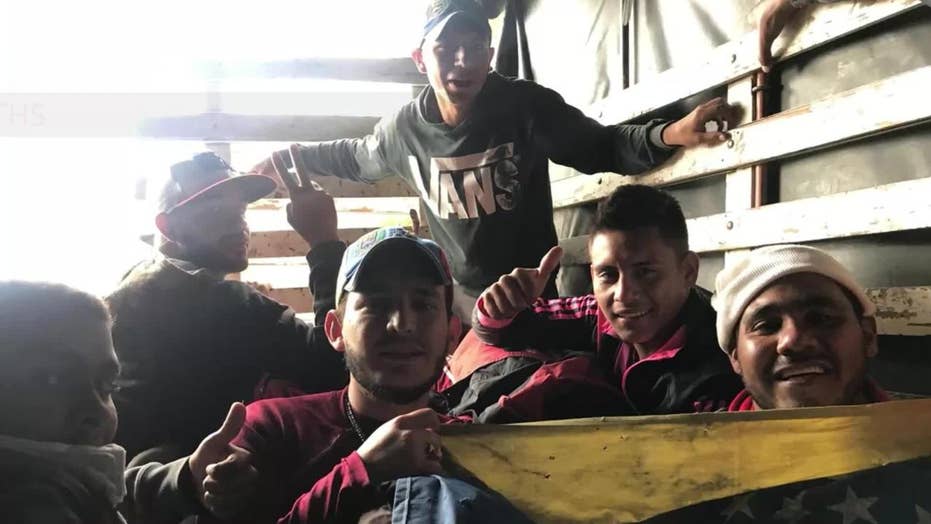 A look at a former Latin American “Amazing Race” star’s brutal escape from his home country Venezuela, which remains in the throes of a humanitarian and economic crisis.

CUENCA, Ecuador – The normally jovial cop-turned-South American-reality-star Carlos Alonso Juarez breaks into tears when he talks about Venezuela, the country he once called home.

“To see my people suffer like this is really damaging,” he told Fox News, during an interview in Ecuador this week.

Juarez, 32, is just one of several million who have fled Venezuela in recent years, as the social fabric and economy of what was once South America's richest nation continues its downward spiral under pressure from an increasingly authoritarian socialist government. The exodus has put a huge strain on neighboring countries, and threatens to destabilize the entire region.

Despite Juarez’s years of experience as a police officer and paramedic in one of the highest crime-riddled areas in his native Valencia, he said nothing could have prepared him for what he experienced on his two-month trek to freedom.

”There were at least three times I felt on the brink of death,” said Juarez, who won regional fame in 2014 as the Venezuelan competitor on the sixth season of “Amazing Race Latin America. ”But I would do it all again if it would help my people.”

Juarez said it was after he wrapped the show that he realized things at home were turning sour. He initially decided to remain, and got by selling food on the streets, and later working for an oil company in the Amazon.

But as the months rolled by, the situation deteriorated. And Juarez said he devoted himself to helping those who chose to flee. “I had to really understand what this was like, and what the real needs of the people who were leaving were,” he said. 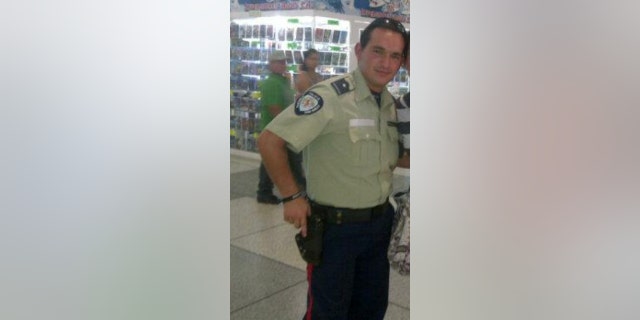 Carlos Juarez worked as a policeman in Venezuela, before decided to flee the country.
(Fox News)

Then it was in turn. So, in August, he took a bus back to San Antonio, Venezuela, met up with a friend, and started out on foot toward the Colombian border. His friend’s nephew soon joined them, and along the way met up with another five Venezuelans.

“That’s how it works for most Venezuelans," Juarez explained. "Small groups or individuals will band together for safety and support and survival in numbers. It is the ones who try to do it alone that might not make it.”

By the end of October, more than two months and 1,700 miles later, the group made it to Chimbote, Peru. But not without several brushes with death, Juarez said, where they were exposed to every element imaginable.

“There was one time in which we slept outside in a motorcycle parking lot on the Colombian side of the Andes range, some 14,000 feet above sea level,” he recalled. “The temperature dropped far below zero, and around us, everyone was almost freezing to death. It was the worse thing I had ever experienced.”

In small towns and cities along the way, clusters of migrants - including pregnant women, newborn babies, the disabled, and very elderly – were scattered across public transit stations, parks and sidewalks – with few possessions, their backpacks serving as a pillow. A few families pitched frail tents – something of a luxury on the expedition – while most had little money or possessions of their own.

“Everyone was desperate, sleeping on the dust, they had nothing,” Juarez said.

Truck drivers would sometimes stop to give migrants a ride. In one instance, Juarez said he hoisted a mother, child, and their stroller atop a truck, exposed to the elements, where they held onto whatever cargo they could grab. As they snaked through the frozen hills, the eight men clung to one another for warmth, with barely a jacket between them.

On another occasion, Juarez said, a driver stopped and offered a ride, after the group had been walking for 16 hours. When they started the ride at midnight, it was 85 degrees. Within three hours, working their way through through the high-altitude Andes near the Colombia/Ecuador border, the temperature dropped to 38. Then even further, below freezing.

”The truck was going so fast through the curves it tilted, and I and one other were thrown out,” he recalled. “Luckily, one of the others grabbed us by the ankles, and pulled us back in.”

As they moved through Colombia, the country where, ironically, thousands had fled to seek shelter in Venezuela, locals would stop to give them free coffee, food, and clothing.

“We were at the mercy of other people’s generosity,” Juarez recalled.

According to María Clara Martín, representative of the U.N. High Commissioner for Refugees in Ecuador, there has been a “profile change” in those fleeing. In the early years of the crisis, more educated or wealthy Venezuelans were able to leave more efficiently, by simply catching a plane. But in recent times, more migrants from lower socio-economic groups have fled – forcing them to resort to more desperate measures. 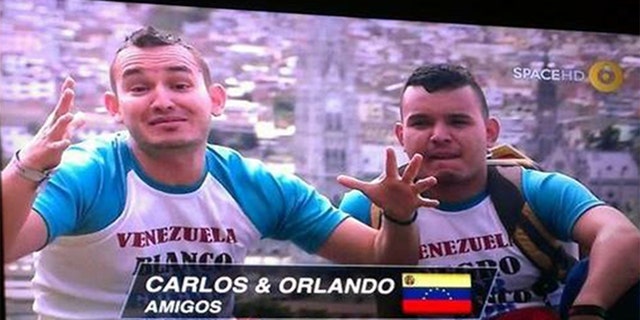 Juarez, left, was a contestant on a Latin American reality show before fleeing Venezuela.
(Fox News)

”These are the people who could not leave earlier, and they have little resources,” Martin explained. “They are being attacked and robbed on the journey. We are very concerned about the protection on the road.”

Some of those fleeing challenge the deadly creature-laden Amazon Basin to reach Brazil. Others set out on-foot, across the Táchira River into Colombia, while some pay ruthless criminal gangs and smugglers whop promise to get them to Lima, Peru.

Some try even more dangerous ways out. Over the course of this year, scores have taken to stuffing themselves onto flimsy passenger boats, for the more than 60-mile trek to the nearest Caribbean islands. The boats often capsize. When they do, the bodies of few of those who perish are recovered.

There is no firm data to indicate just how many Venezuelan migrants may have died on the perilous passages since the economic crisis blew up in 2015. Most experts say at a minimum, the number is in the hundreds.

“By the time we made it to a shelter at Boyaca, Colombia we knew of at least 50 people who died from the difficulties since the walkers' phenomenon really began this year,” Juarez said. “There are so many more, and nobody keeps track. I can only imagine how many have gone missing wandering off track through mountains to try and save time or just die all alone.”

Even today, Juarez feels the harsh effects of eating poorly, constantly falling ill and having no access to medicine or adequate rest while fleeing. He continues to take medication for stomach illness, but continues to suffer frequent bouts of diarrhea, vomiting, fevers, fatigue, and nightmares.

“And I started this journey in pretty good shape because I had been living in Ecuador,” Juarez noted. “So imagine what it is like for the people who have been starving in Venezuela for years.”

While neighboring nations once warmly welcomed those desperately escaping Venezuela, the exodus has been so great – estimates as high as three million – that some countries have had to shut their borders, or enforce stringent entry requirements.

But Juarez said the benevolence of the people he has met along the way has been overwhelming.

“We really saw the generosity these countries have for the Venezuelans. The Colombians, the Ecuadorians, the Peruvians, and the Americans, everyone has helped us a lot,” he added. “We don’t want handouts or pity. When the dictatorship is brought down, we will return to our country and rebuild it … Please America, don’t leave us alone.”