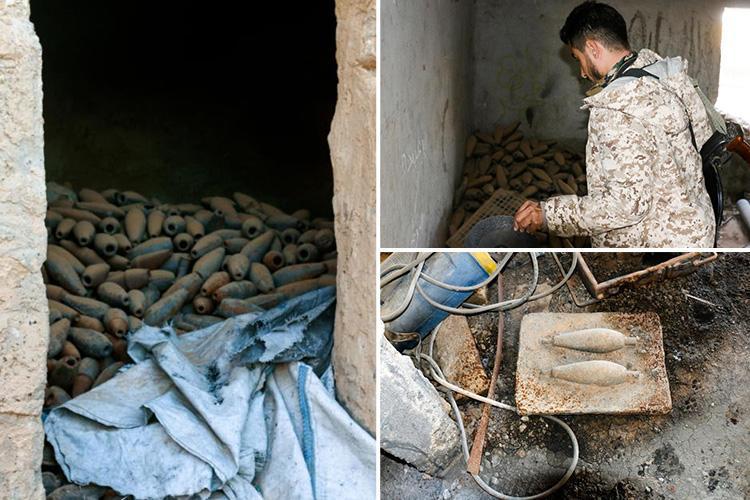 The Sun Online has gained exclusive access to the recently liberated factory on the edge of the front lines in eastern Syria. 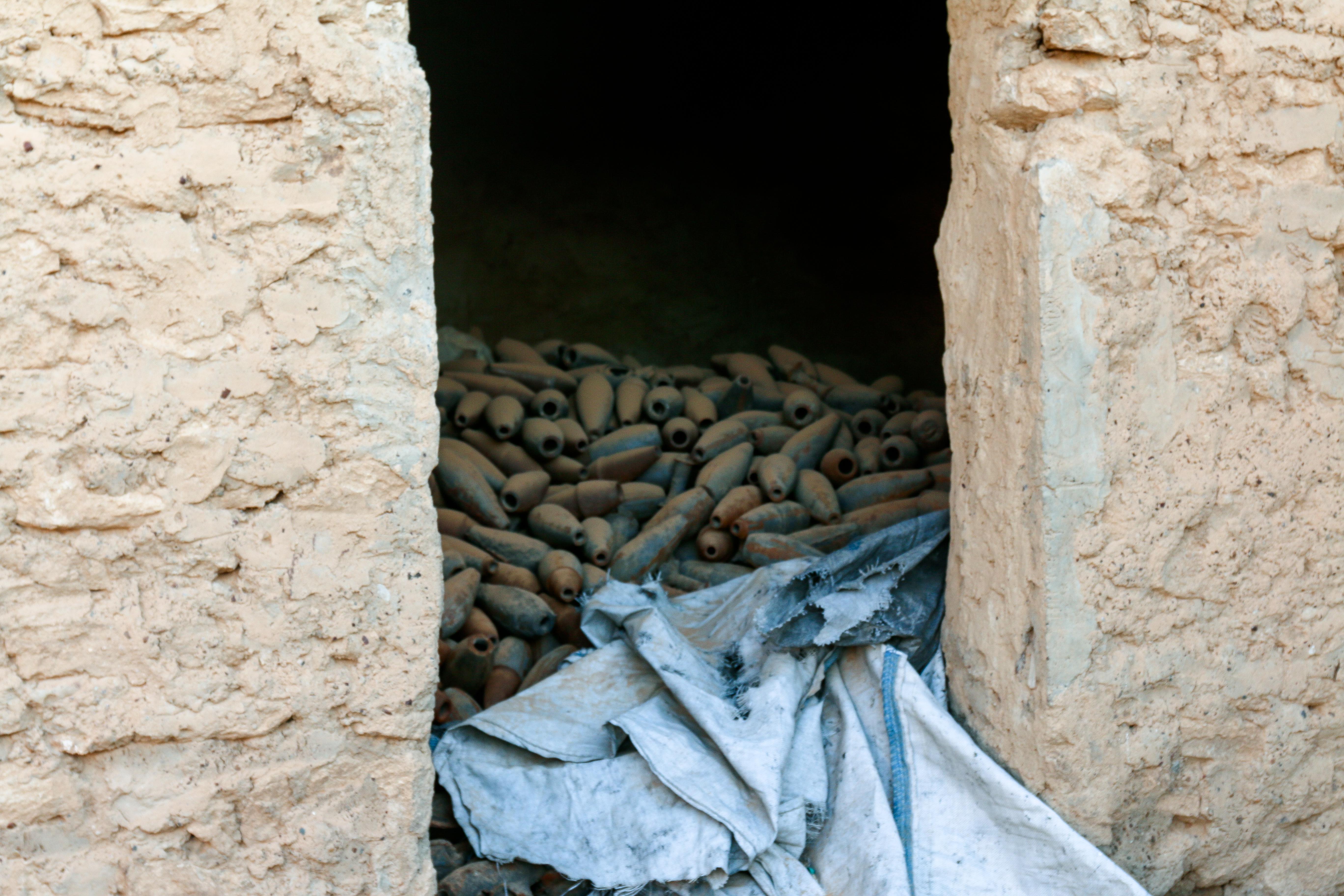 Abdullah Hassan, an Arab solider involved in the fight that wrestled the death factory from ISIS, said: “They can produce mortars, RPGs, rockets, [roadside] bombs, almost anything here.

Very little could shake the soldier, but he said he was "shocked" when he realised the scale of the operation, which stretched over 15 buildings, and where bags of explosives were piled halfway to the ceiling.

Hassan,33, said: “In this building, [ISIS] were printing RPGs, bombs and mortars directly from [the raw] metal.

"In the other buildings they were making pressure plates and filling them with explosives so they could plant IEDs (improvised explosive devices).” 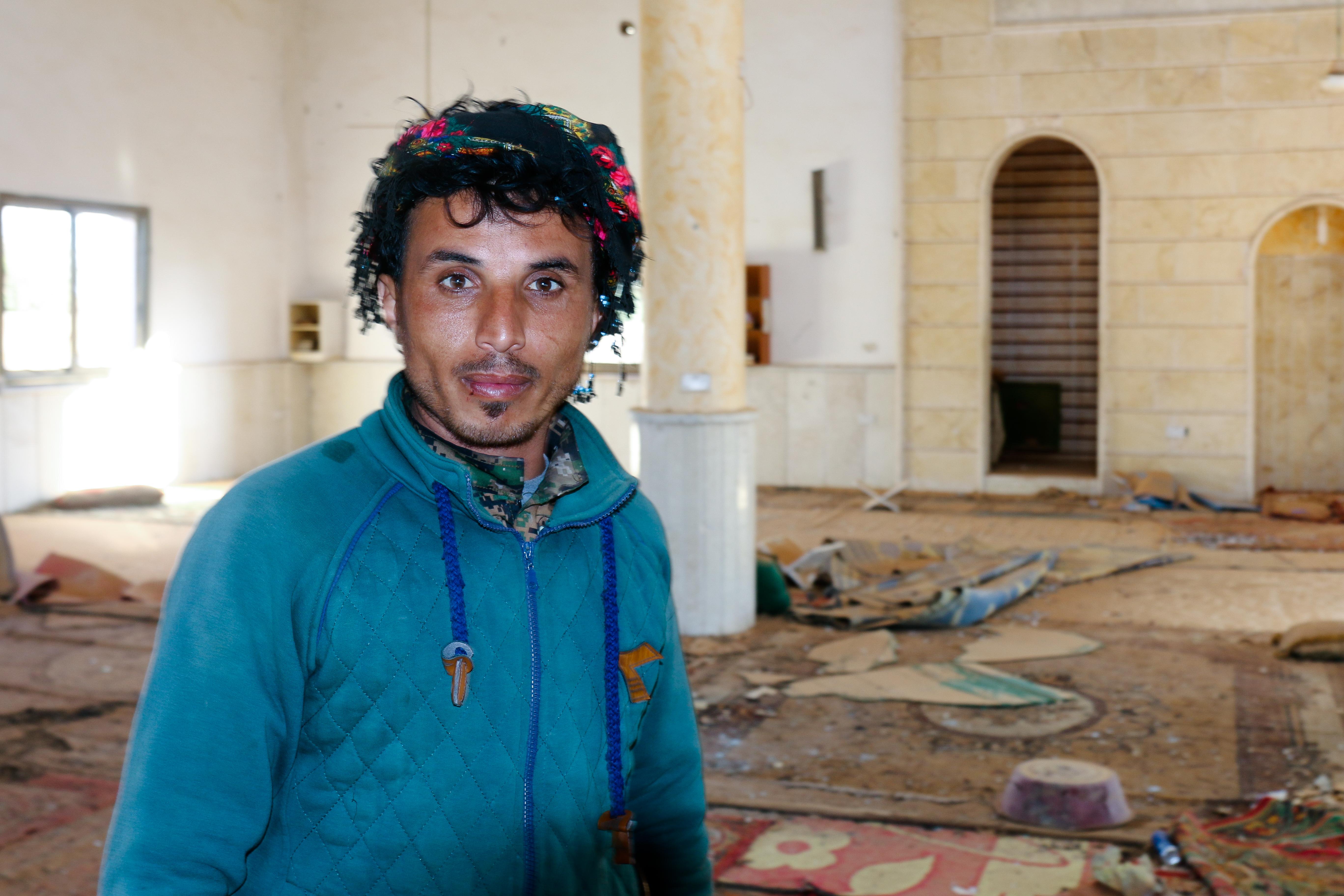 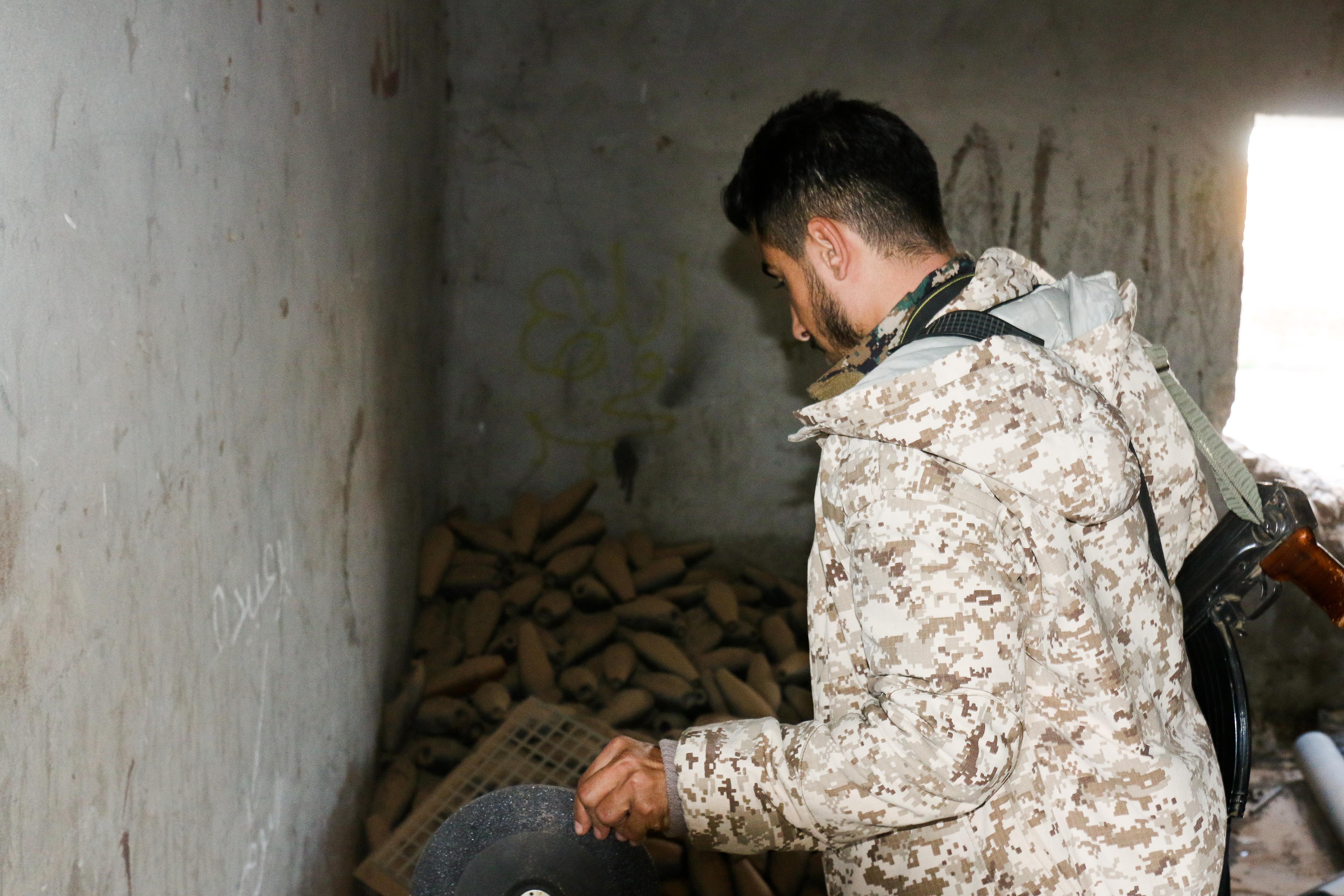 Despite capturing the factory from the jihadists, Hassan is certain they have not exhausted their weapons supply yet.

“They recently attacked us under the cover of a sandstorm – and they used a lot of weapons and explosive – the sort of things they have here."

The bomb factory – which is just a few kilometers from ISIS’s last Syrian hellhole stronghold of Hajin – was a key component in the jihadists’ war machinery in the area.

Hassan said extremists: “put up a strong fight to keep [this factory]. We ended up killing seven of them before the rest, including their snipers, retreated to Hajin." 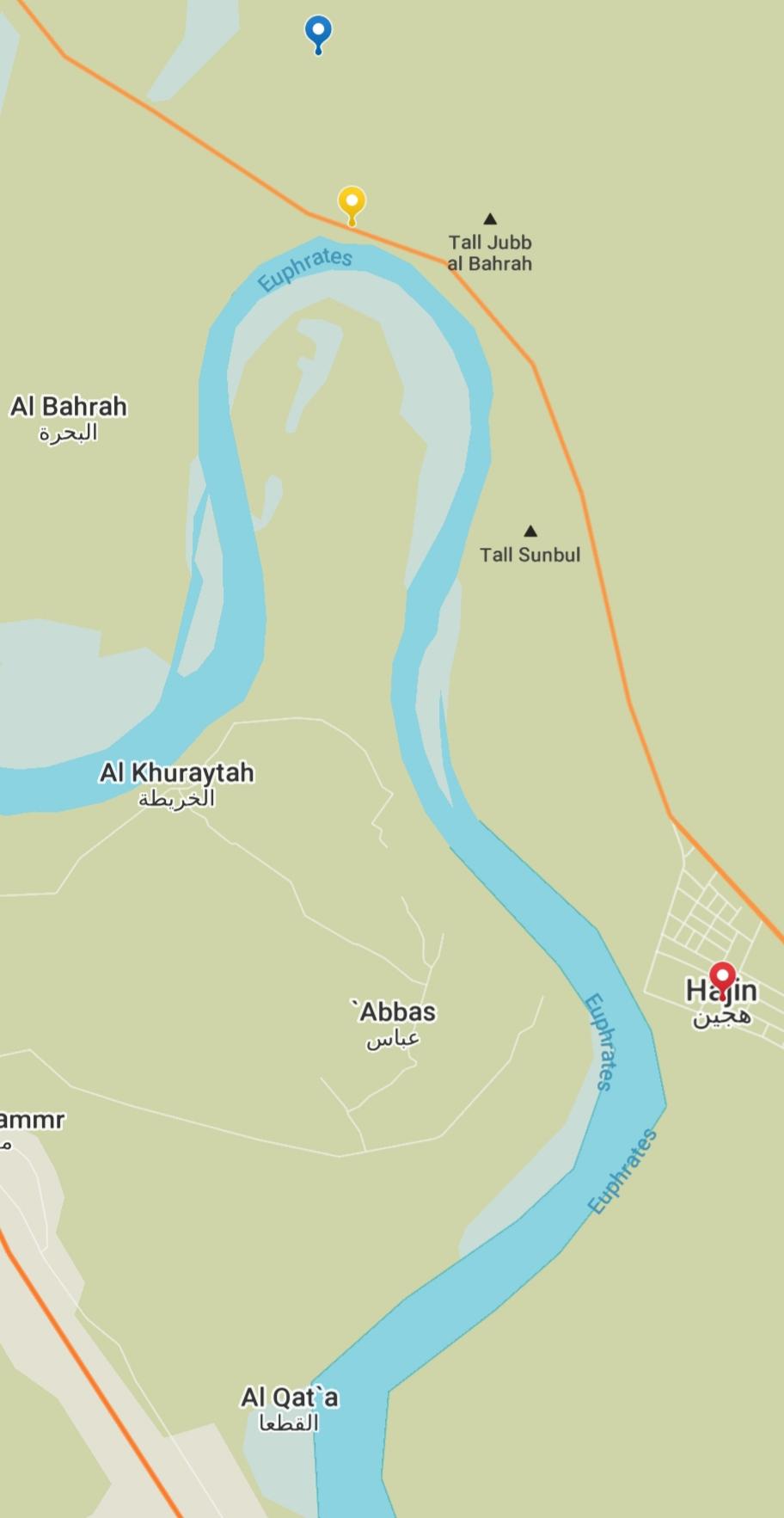 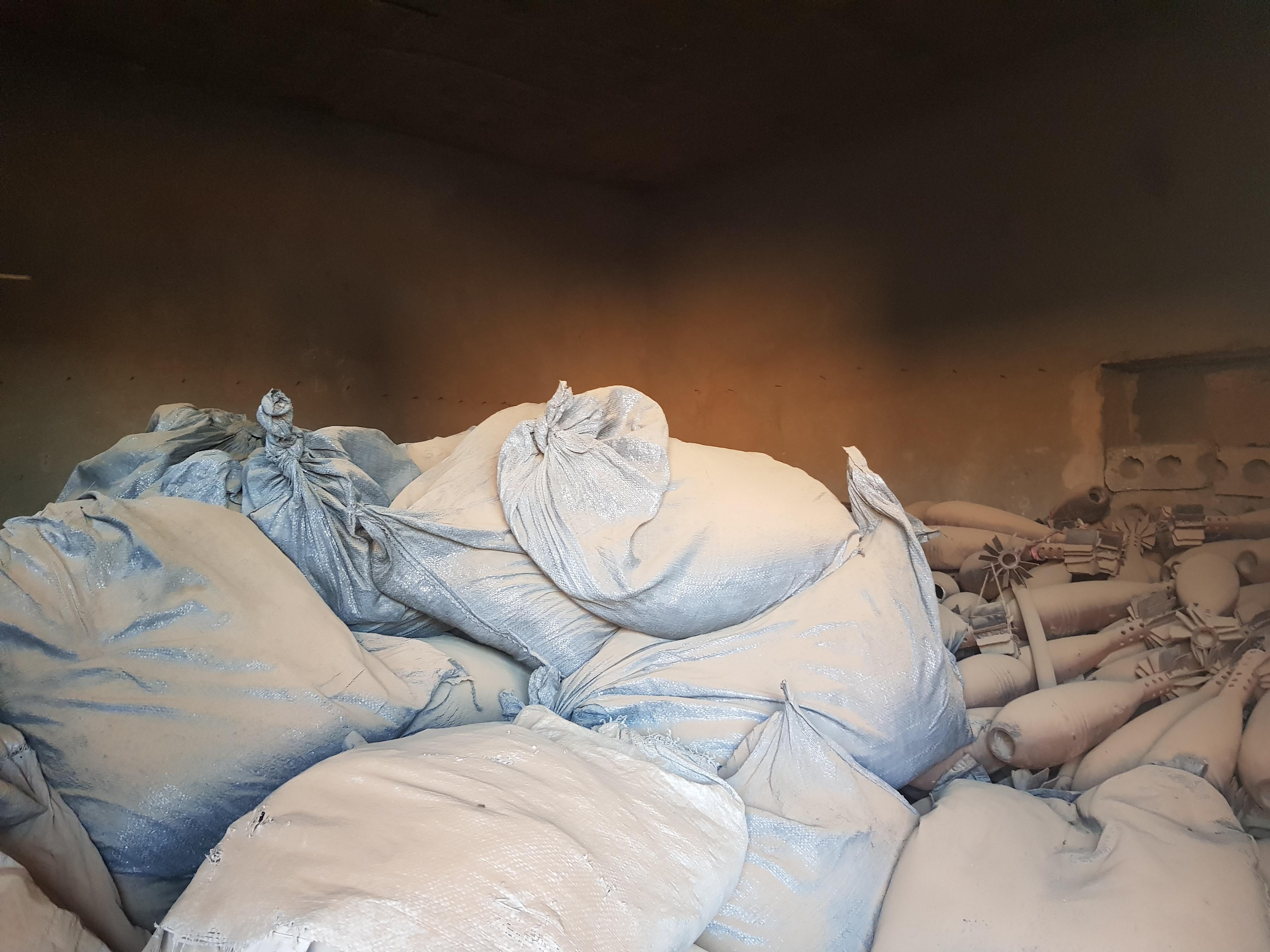 Since early September the Syria Democratic Forces [SDF] have launched a series of operations to free Hajin.

Chief Commander Havel Ronnie said: “The battle here is unlike elsewhere in Syria.

The SDF, which is trained by American and British forces, has been on the offensive against the jihadists in Deir-ez-or, in eastern Syria, ever since ridding them from their de-facto capital in Raqqa last year. 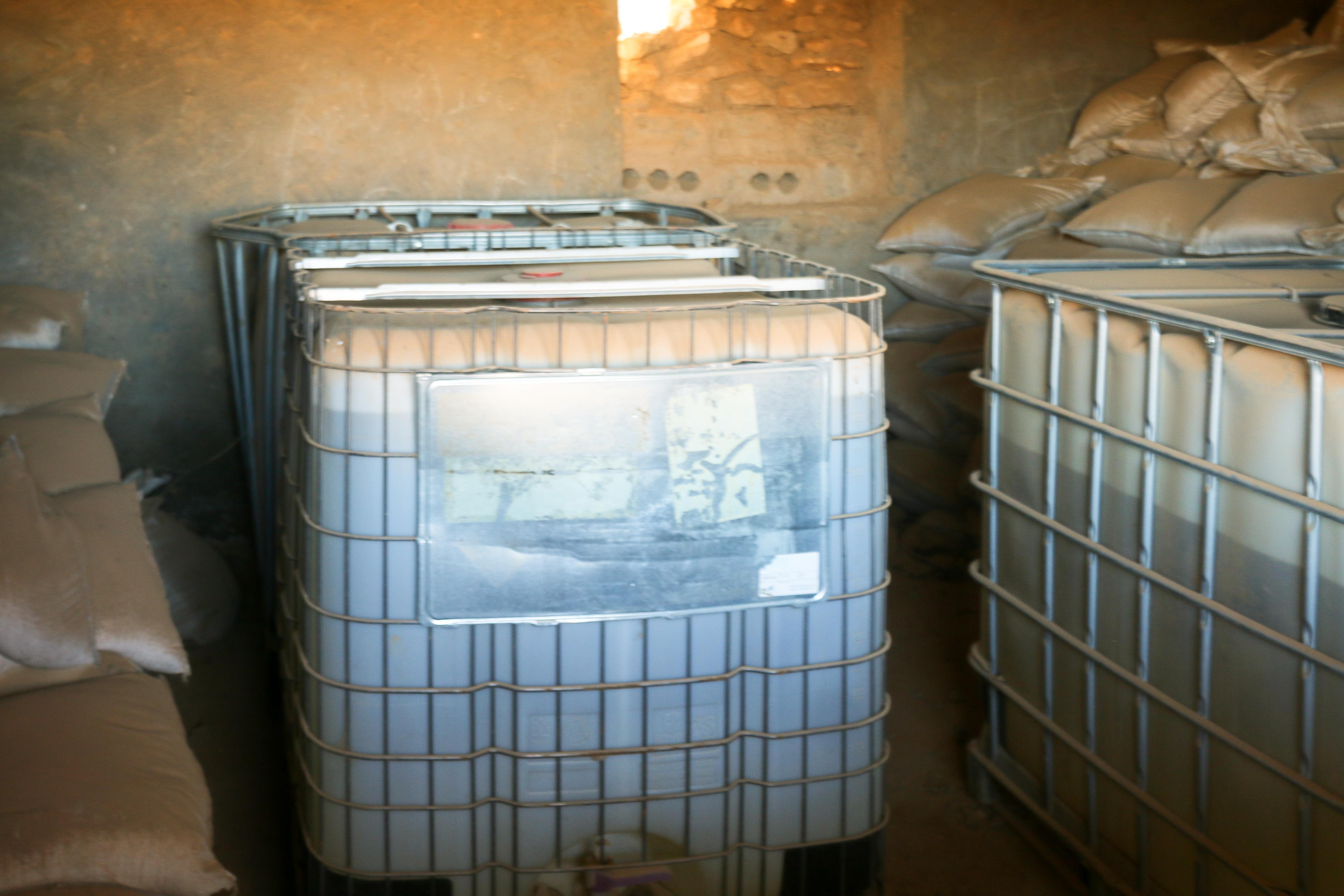 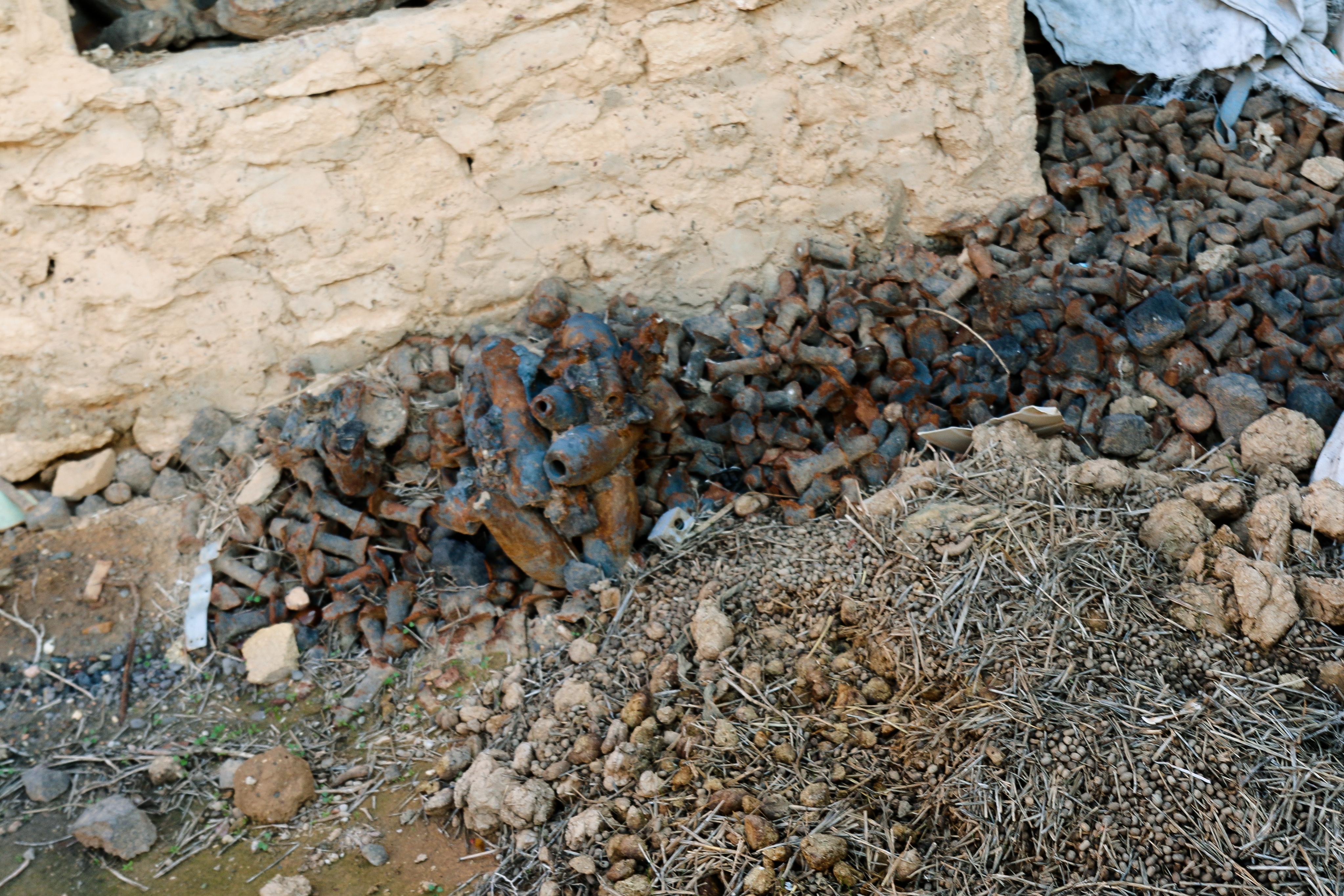 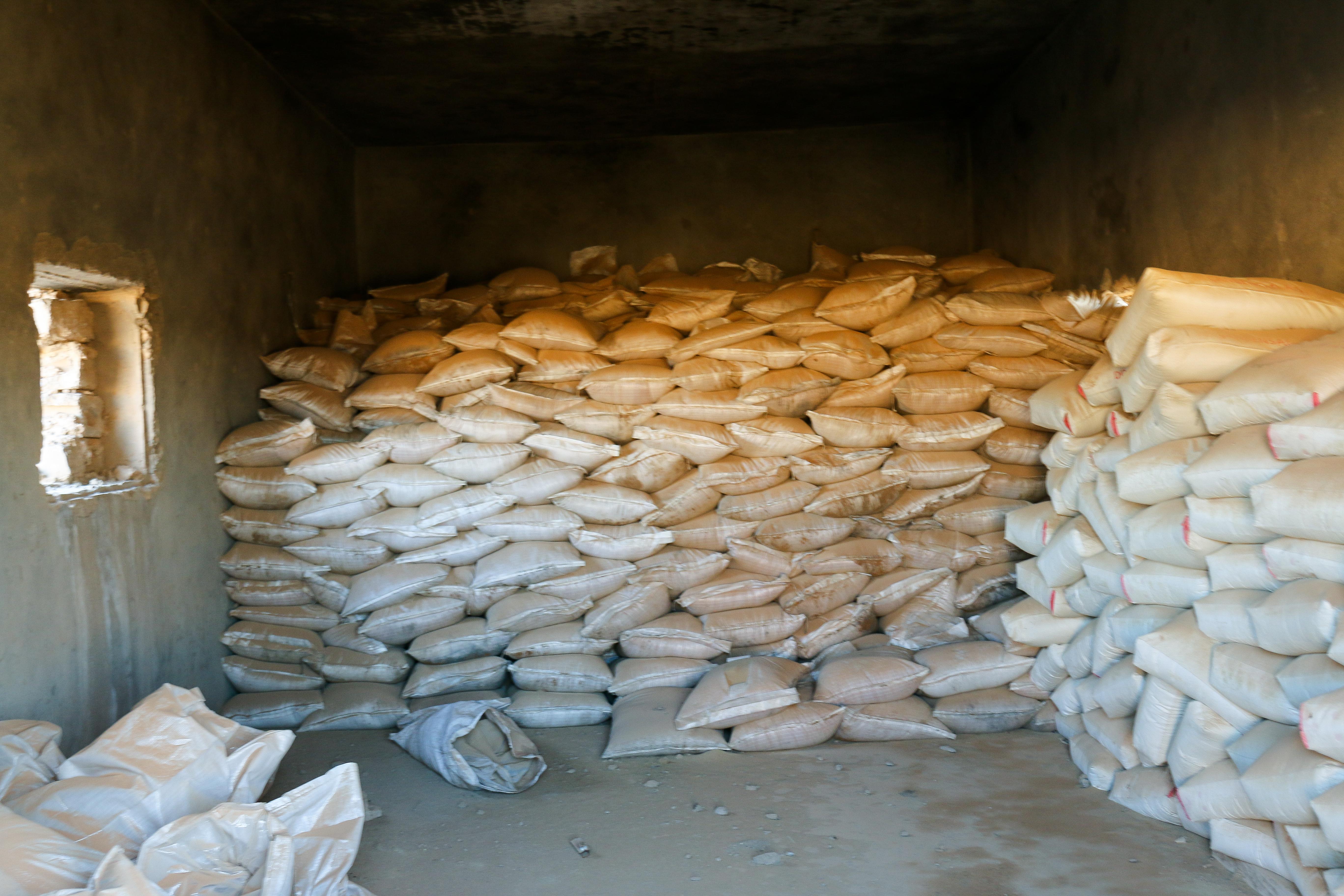 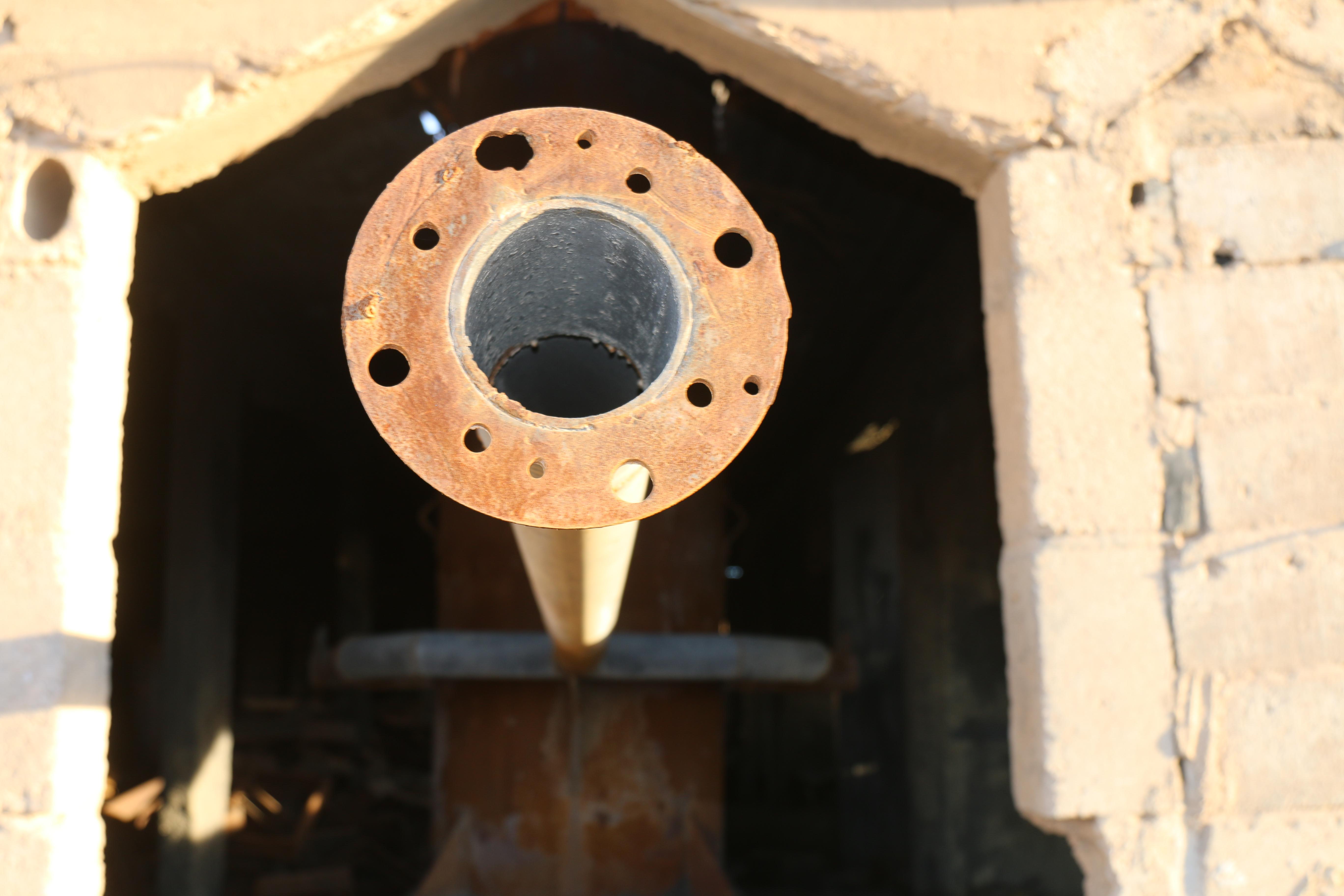 Ronnie said: “It is the worst of the worst here."

“Here there are all the extremists who survived all the other battles in Syria. They are the true believers and will fight to death.

The SDF is an alliance made up of Kurdish and local Arab fighters, and has suffered a heavy toll in this fight, and will likely lose more in the days ahead.

Ronnie said: “ISIS has had over five years to prepare for this battle, and think it maybe the hardest battle of Syria." 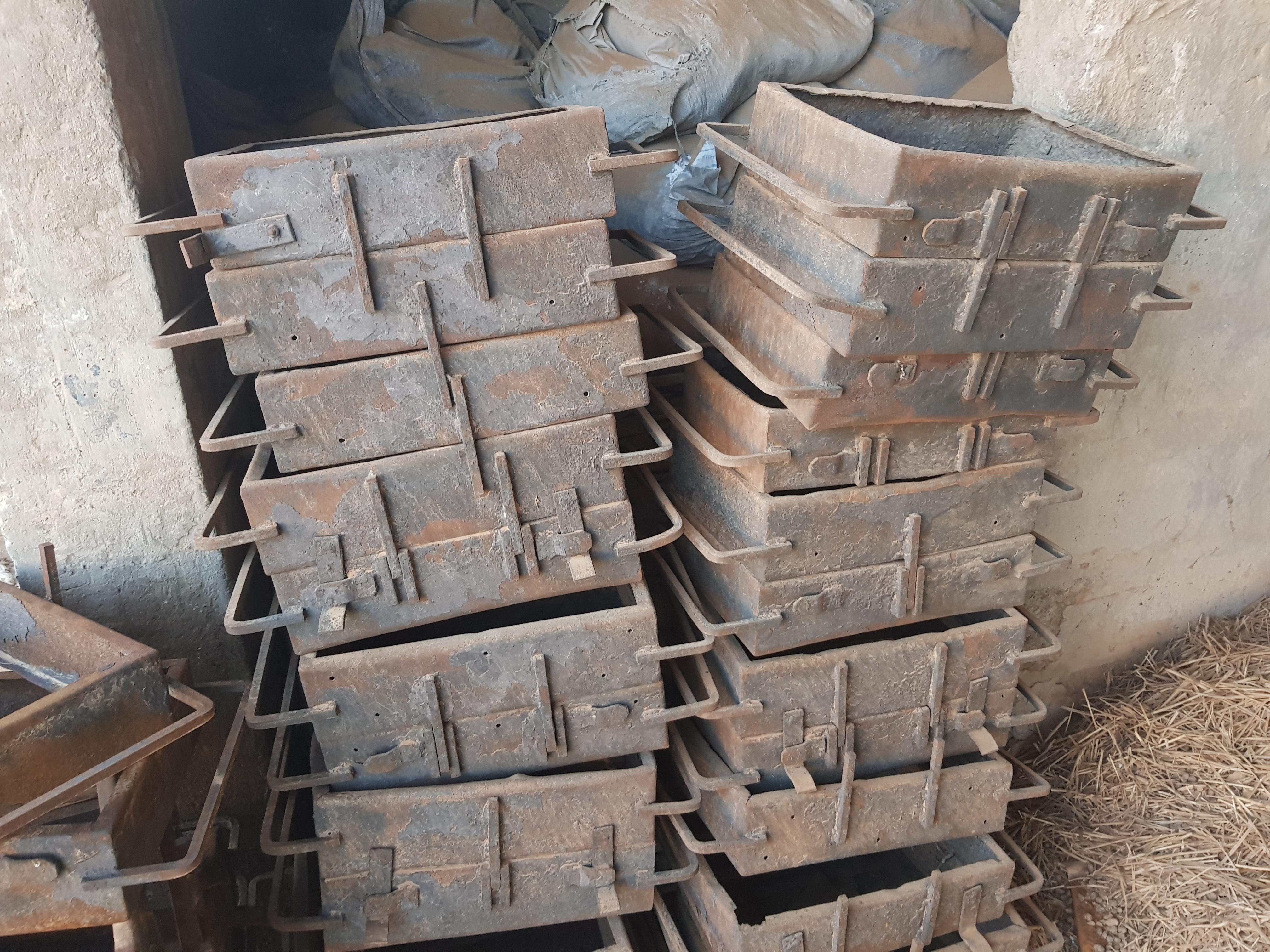 The battle-hardened commander recounts the activities they have discovered in the factory.

“They were mixing a petroleum extract… with acid and some fertilizers in these containers to make the explosion bigger and stronger.

“Then they laid the explosive in their [suicide] vehicles, and attacked us. It was extremely deadly." 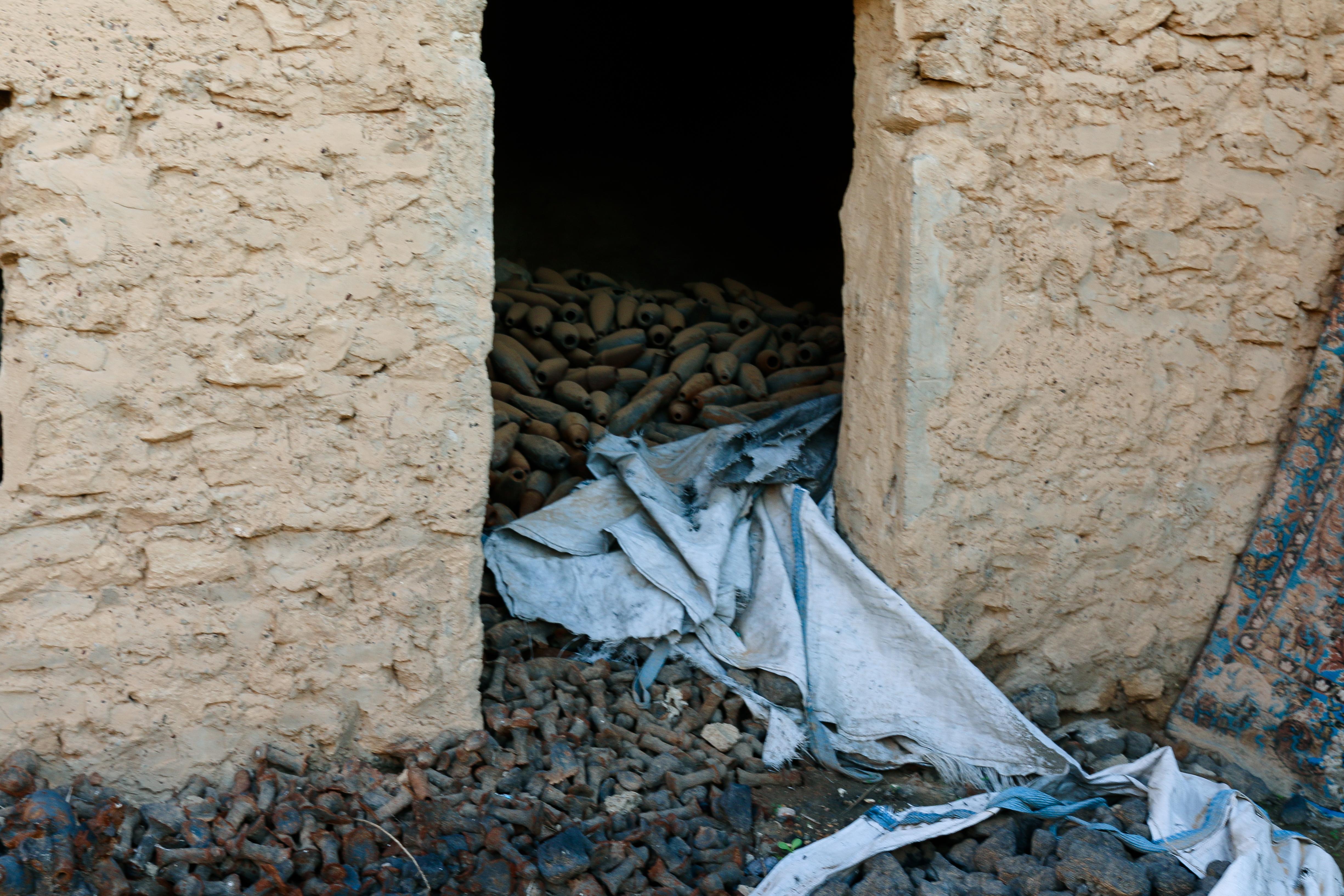 The bomb factory wasn't the only one the SDF uncovered in the area.

Ronnie said: “We recently found another [weapons factory] under the local school…which they were using to train and build bombs."

The commander does not believe defeating ISIS on the ground will be the end of the problem, however.

“Creating weapons like these can be learnt online now…and the knowledge is not lost.

“That is why we have educate people to defeat the ideology of ISIS. And we must oppose it everywhere, now just here…only then will ISIS and Islamic fascism be finally defeated.”