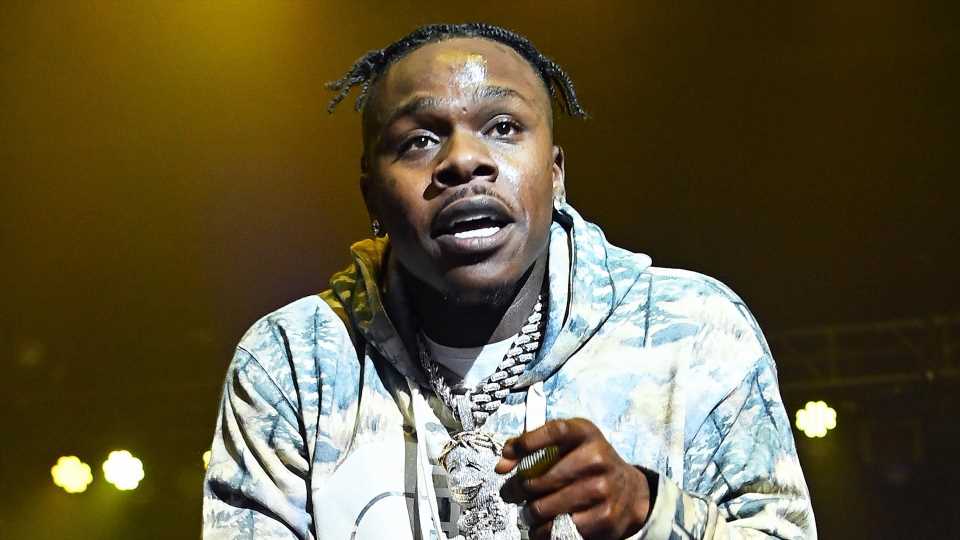 RAPPER DaBaby has been involved in several controversies in the past year, from a bowling alley brawl to an anti-gay rant.

The latest debate surrounding the artist comes after video has emerged of a fatal shooting in 2018. 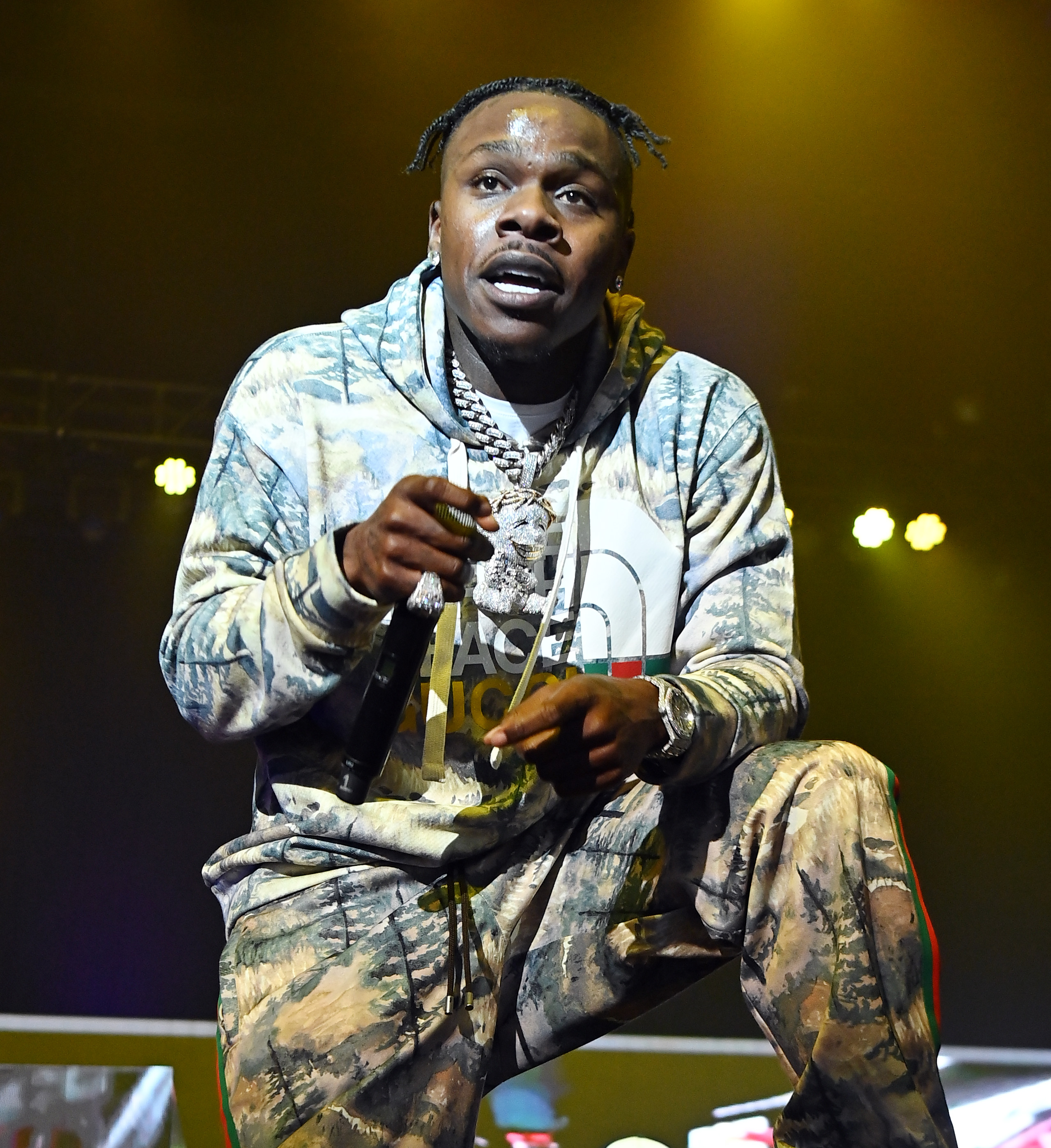 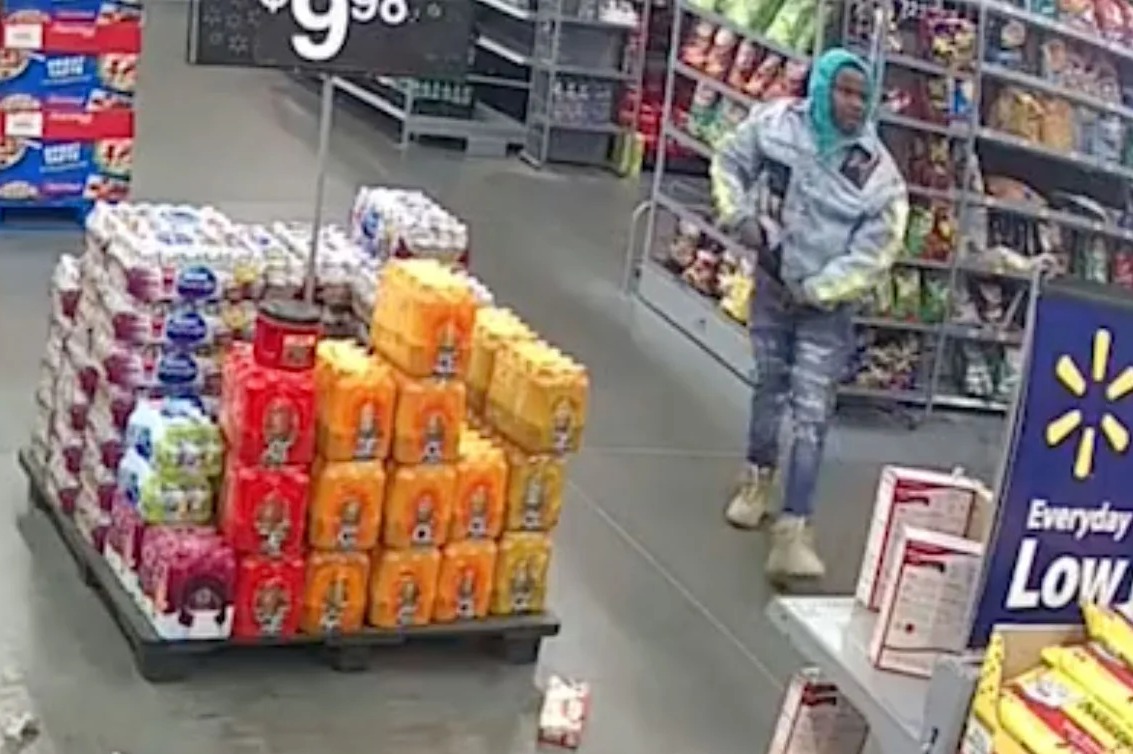 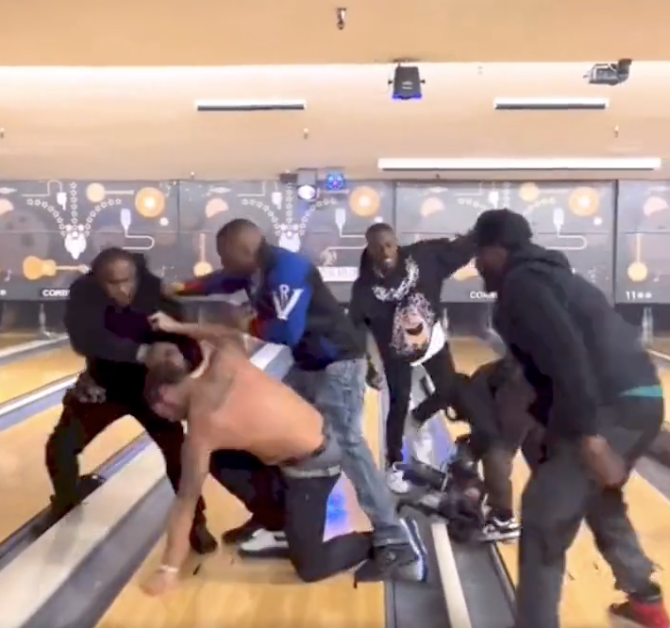 DaBaby, real name Jonathan Kirk, is seen lunging at a man in the middle of the store.

The fight moves off camera before another angle shows the pair continuing to fight with shooting victim Jaylin Craig, 19, on the outskirts.

At one point, Craig appears to reach out to the brawling pair while grabbing his waist band. TMZ reported that Craig had a gun, and he's also seen in a confrontation with DaBaby's then-girlfriend Mariah Osborne. 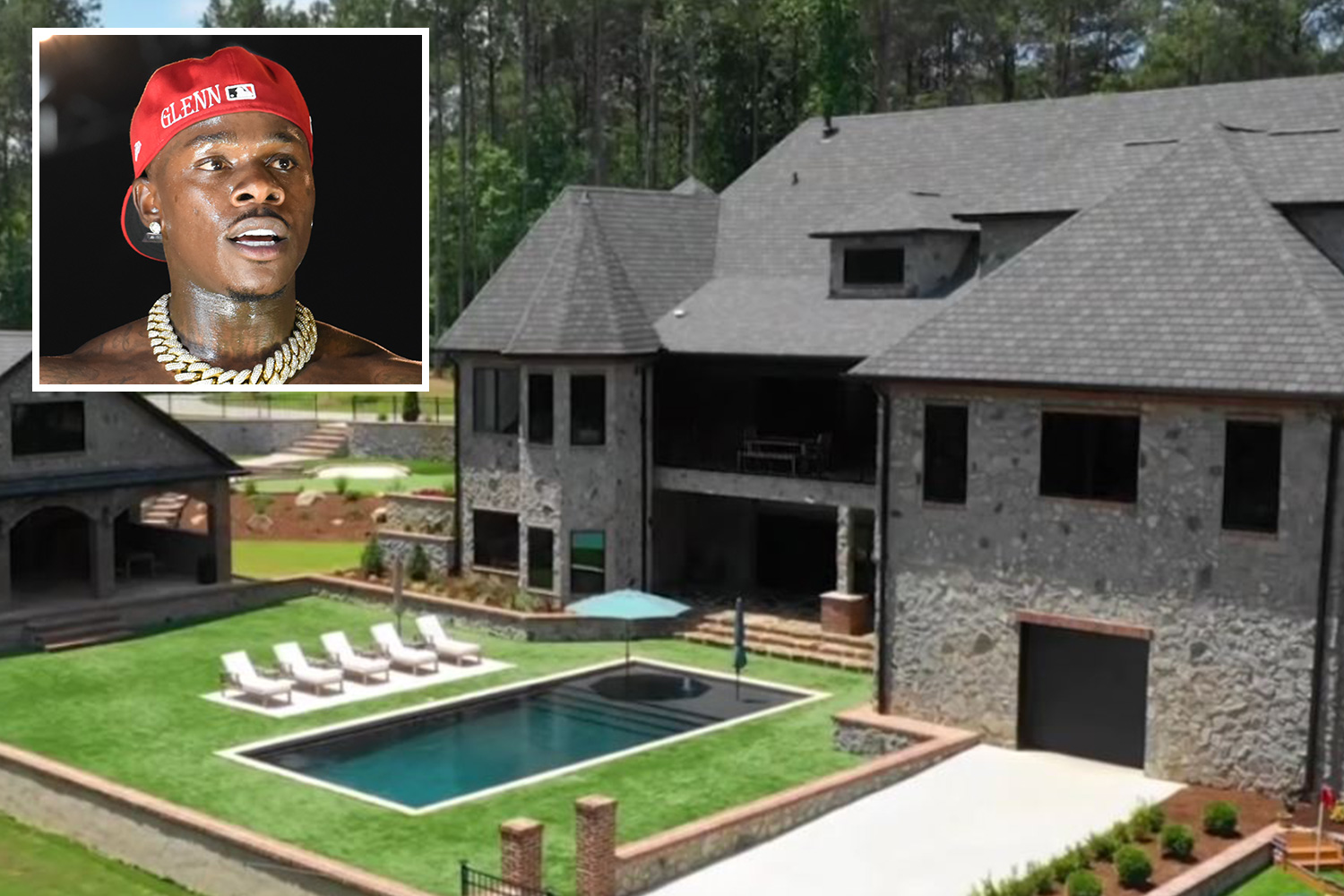 Shooting at DaBaby’s $2.3million house ‘while star was home’ leaves one injured 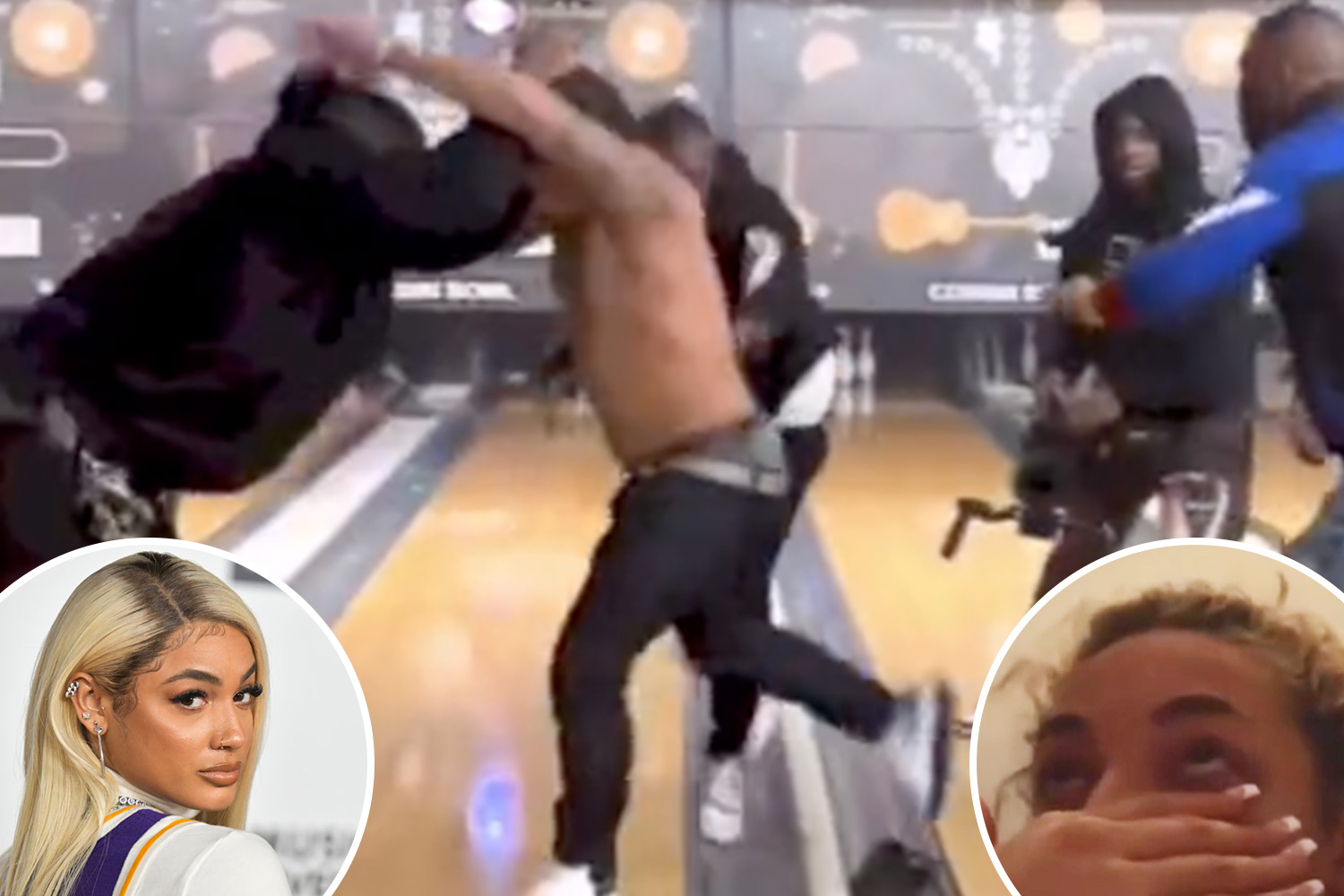 The last angle in the video shared by Rolling Stone shows DaBaby getting up from the ground. He appears to open fire with the victim not visible on the screen.

DaBaby claimed self-defense and has said that he feared for his and his family's lives inside the store.

“They’re staring at me like they recognize me; like they was about to come pull a gun out,” local news outlet WSOC-TV quoted DaBaby as telling detectives.

He said that he assumed the teens were looking to cause trouble, according to the news station.

School chaos as kids held inside as armed cops swoop

“What I’m hearing from it, they see me with my girl and my kids and [think], ‘This is a perfect opportunity to do something to him.’ … They’re trying to get me to provoke them so they could pull a gun out.”

DaBaby was tried for the misdemeanor offense of carrying a concealed gun in connection with Craig's death, the Mecklenburg County District Attorney’s Office said in a statement to WSOC.

A judge found him guilty and sentenced him to 30 days in the county jail with the sentence suspended pending successful completion of 12 months of unsupervised probation.

"The District Attorney’s Office reviewed the police investigative file and agreed with the Huntersville Police Department’s decision not to charge Mr Kirk further as prosecutors could not prove beyond a reasonable doubt that the defendant did not act in self-defense,” the statement from the district attorney's office said.

Craig's parents watched the security footage, WJZY reported in 2019. They told the news outlet that Craig was trying to diffuse the fight before he was killed.

“The rapper instigated it and started it and attacking my son’s friend – the first punch,” Craig's father said.

DaBaby made headlines in mid-April when officers responded to a shooting at his $2.3million estate.

Law enforcement sources told TMZ that DaBaby was home at the time of the shooting and was involved in the incident.

A suspect trespassed onto the rapper's property and got shot at, the outlet reported.

The shooting victim, who wasn't named, was taken to hospital with non-life-threatening injuries.

DaBaby was reportedly under investigation in February for another fight, this time at a Los Angeles bowling alley.

In video of the incident, DaBaby appeared to drag his ex DaniLeigh's older brother by the hair.

Brandon Bills was shirtless while attempting to fend off the rapper, as several bystanders stood and watched.

He fell to the ground several times while DaBaby did not let go of his grip.

The woman recording the video was heard in the background commenting on the altercation in utter shock as the fight continued.

Choreographer DaniLeigh posted on Instagram: "Lame as hell!!! Running up on my brother on some slippery a** floors with 5/6 of ya boys while he’s by himself and not even touching him.

TMZ reported that police opened an investigation after reviewing the footage but the case has apparently hit a snag as the victim reportedly stopped cooperating with officers.

In February 2021, DaniLeigh revealed that she split from DaBaby after around a year of dating.

Then, in November, a fight between DaBaby and DaniLeigh was posted to Instagram Live.

It happened three months after the couple welcomed their daughter.

DaBaby posted the couple's screaming match on social media while DaniLeigh was lying on the bed feeding their child.

She told him to stop filming and made several attempts to block the camera's view of their child by putting up a pillow as a barrier.

Footage, obtained by the Shade Room, captured the moment cops arrived at their home after DaBaby called them on DaniLeigh.

Explaining his actions on social media, he said that he decided to call the police because he was trying to get DaniLeigh to leave.

DaniLeigh responded: “It’s just f**ked up, out of nowhere, bro. Out of nowhere. I’m trying so hard to just…I tried to make this s**t work.

“I tried to for my baby. But this ain’t the best situation at all, bro. I deserve so much better.

“I really do. So I hope, God please, I pray this is the last situation because this s**t is not it. Every single time I come back into it. I completely love that man, but it’s not it.

“It don’t matter how much you love someone, if it ain’t right, it’s never going to be right.

According to TMZ, Charlotte-Mecklenburg PD said DaniLeigh was charged with two counts of simple assault after officers paid two visits to DaBaby’s home.

The first visit took place on a Sunday night after DaBaby went live on Instagram, which caught DaniLeigh feeding their three-month-old child.

Cops said that the rapper accused DaniLeigh of striking him, though police left the home without making an arrest.

Police were called again on Monday morning around 9.30am after DaBaby reportedly made another claim of domestic abuse.

TMZ reported that the Charlotte-Mecklenburg PD said DaniLeigh was charged with two counts of simple assault. It's unclear where the case stands.

The controversial comments were about gay men, HIV, and AIDS during his Rolling Loud set in Miami on July 25.

“If you didn’t show up today with HIV, AIDS, any of them deadly sexually transmitted diseases that'll make you die in two, three weeks, then put your cellphone light up," he said.

The rapper was dragged for spreading misinformation about HIV and AIDS, alongside stigmatizing the illness.

He doubled down on the comments after first attempting to make an apology in which he made further controversial remarks.

The rapper responded again in a self-directed video for his new song Giving What It’s Supposed to Give.

“My apologies for being me, the same way you want the freedom to be you,” an end card reads.

Elton John and Dua Lipa were among the high-profile names to speak out with their criticism.

The Sun contacted DaBaby's team for comment on Monday and have yet to hear back. 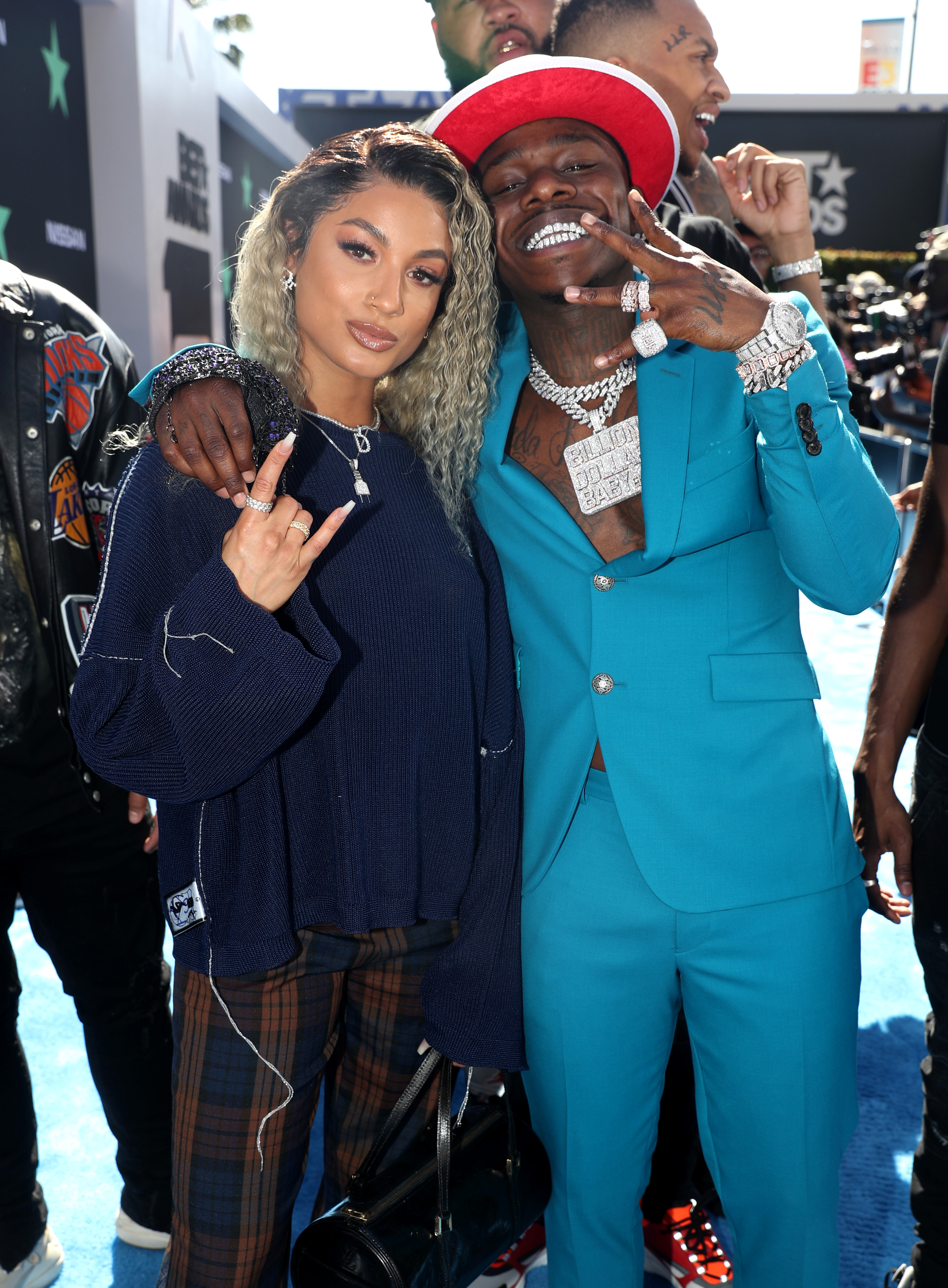 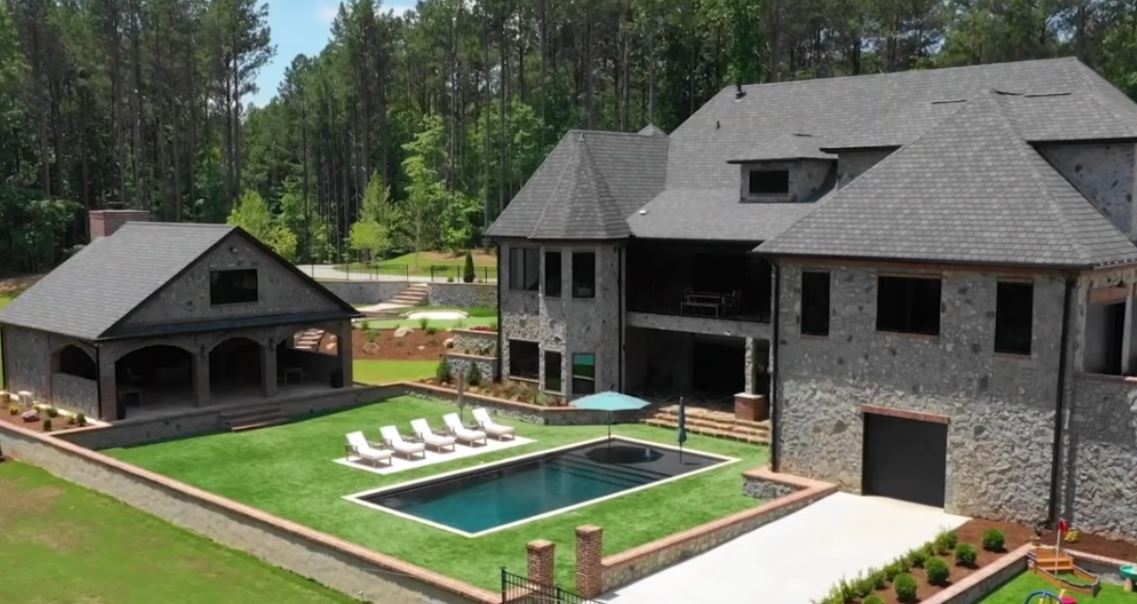 Cardiff 'want £80m in compensation from Nantes after Sala death'