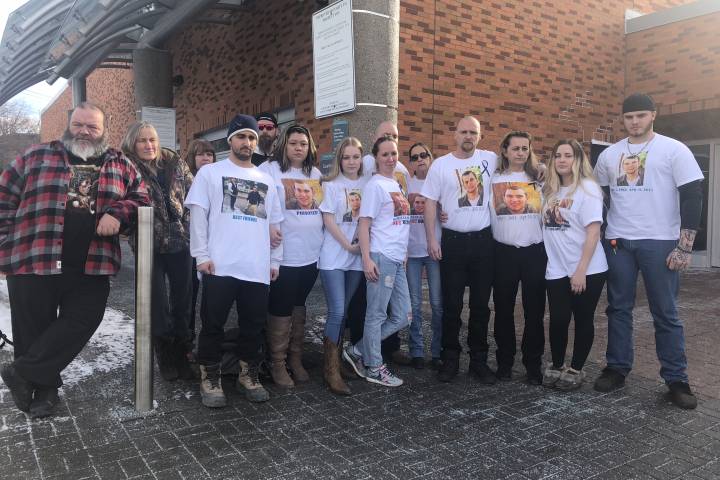 Kelly was found dead by his mother and sister in their Innisfil home on April 10, 2017. A toxicology report revealed he had overdosed on fentanyl and heroin.

After his death, South Simcoe police charged Walker and 55-year-old Tahir Ali, both from Innisfil, with manslaughter.

Ali is scheduled to appear in court in January for the continuation of his preliminary hearing.

On Friday, a courtroom packed with Kelly’s friends and family heard impact statements read by his mother on behalf of herself, her husband and the victim’s two young sons.

“We lost our child so we’re always hoping for more,” Lane said. “But having him off the streets is saving someone else’s child’s life.”

Lane says she hopes Walker is sentenced to whatever the Crown puts forward.

“I’m hoping he gets what the Crown is putting forward, that’s what I hope he gets,” Lane said. “Anybody can stand in the witness box and say they’re sorry. I would be, too, if I were facing jail time, but he’s not sorry. He’ll just do the same thing over again. That’s my opinion.”

Walker is scheduled to appear in court in Barrie on Jan. 23 for sentencing.

Candice Swanepoel Looks Stunning in Bikini on Beach in Miami