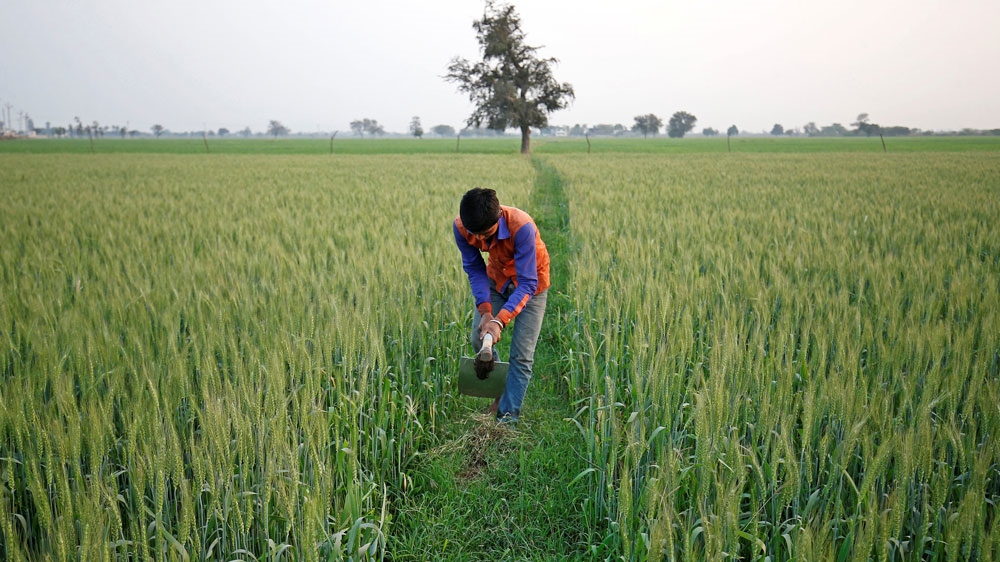 India budget focuses on rural areas ahead of election

With hikes in rural spending, Prime Minister Modi aims to rally support of farmers ahead of 2019 general elections. 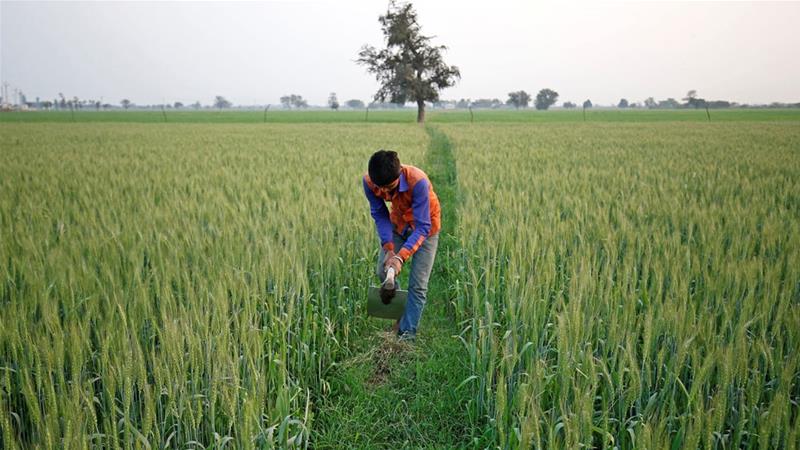 India unveiled a union budget on Thursday that the government claimed aims to help farmers and the rural economy.

With hikes in rural spending, Prime Minister Narendra Modi aims to rally the support of his rural voters ahead of the 2019 general elections.

Modi is facing criticism for disrupting business activity through his shock cash squeeze in 2016 and disruption caused by the ambiguous rules of a recently launched Goods and Services Tax (GST).

Now, the government is struggling to create enough new jobs to absorb the one million people joining the workforce every month. Upon assuming office, Prime Minister Modi promised to create 250 million jobs over the next decade.

Jaitley said the government would increase spending on rural and health infrastructure.

“We are not only focussing on ‘Ease of Doing Business’ but also ‘Ease of Living,” he said.

The government also announced it would reduce corporate tax to 25 percent for companies with a reported turnover of up to 2.5bn rupees.

No change in personal income tax has been announced.

Speaking to Al Jazeera, economist and former adviser to the Indian finance ministry, Mohan Guruswamy, said: “The budget does not address any real issues. It’s smart packaging ahead of next year’s elections. The GDP figures are over-estimated. GDP is not going to grow more than 6.5 percent this year.

“With growth returning to Western nations; Europe, US and China are all returning to growth – oil offtake and prices will go up. When oil prices go up, in turn, trade deficit will widen.

“This is an election year. Modi is trying to placate as many people as he can. This is a fiscally prudent budget. But the options are limited. If all else fails, they will return to flag-waving nationalism,” he added, referring to the groundswell of religious nationalism in India following the coronation of Prime Minister Modi in 2014.

However, economist Prasenjit Bose told Al Jazeera that revenue estimates in the budget are “unrealistic” and expenditure claims are “misleading”.

“There’s a lot of rhetoric on expenditure which is not backed up by actual outlay,” Bose said.

“The government has missed the fiscal deficit target, showing it was way off the mark. The estimate of GST (a new unified sales tax) collection for next fiscal year is supposed to increase by 3 trillion rupees. I am really sceptical about this. I don’t see that kind of jump in revenue collection happening for the central government,” he added.

Finance Minister Jaitley on Thursday also announced that the minimum support price (the government’s assured purchase prices) of all farm produce would be increased to at least 1.5 times that of production cost.

“There is hardly any increase in rural spending in the aggregate – all talk no money,” said economist Jayati Ghosh.

The budget allocated a 10 to 11 trillion rupee credit for “agricultural activities”.

The government reiterated that it “seeks to double farmers’ income by 2022” and will give 100 percent tax deductions for the first five years to companies registered as farmer producer companies with a turnover of 1bn rupees and above, the finance minister said.

The budget allocates 5.97 trillion rupees for infrastructure and extra budgetary allocation in 2018/19.

The government announced it aims to spend ($225bn) on creation of rural infrastructure.

The government has estimated a 1.38 trillion rupee expenditure on health, education and social security for 2018/19.

In an ambitious move, the government announced it would launch a national health protection scheme to protect 100 million families by providing coverage of up to 500,000 rupees per family per year.

India’s under-served poor have limited access to quality healthcare; a vast majority depend on the state for affordable medical services.

Last year, the government set a target of raising annual health spending to 2.5 percent of India’s GDP by 2025 – from 1.15 percent now, one of the lowest percentages in the world.

“A mere 11.5 percent increase in budgetary allocations for health is disappointing and discouraging especially with the announcement of schemes that require large sums of money. The budgetary allocations are clearly mismatched with the stated policies goals despite the political commitment to increase investments in health,” Poonam Muttreja, executive director of Population Foundation of India, told Al Jazeera.

“The continuing trend in lower budgetary allocations for health reinforce the fact that, while there is the intention and attempt to improve the health status in the country, the financial commitment continues to be missing for translating these goals into action,” she added.

A 2015 UNICEF report said that around 1.2 million children in India died of preventable diseases before turning five.

“I am not convinced that this is a good response to the niggardly spending on health, among the lowest in the world. We know from the US experience that private health insurance is a bad idea. If this is like the earlier health scheme RSBY in India, there is some evidence that it benefited insurance companies and private hospitals more than the poor,” Reetika Khera, economics professor at the Indian Institute of Technology Delhi told Al Jazeera.

The government also announced it would invest 1 trillion rupees in the development of premium education infrastructure over next four years.

New Delhi is in the midst of a whopping $250bn military modernisation programme.

The budget for defence in 2018/2019 will be 2.83 trillion rupees, compared to an estimated defence expenditure, excluding pensions, of 2.74 trillion rupees last year.

The government will bring in an industry-friendly defence production policy in 2018/19, the finance minister said in his budget speech on Thursday.

Stormzy to Theresa May: Where's the money for Grenfell?