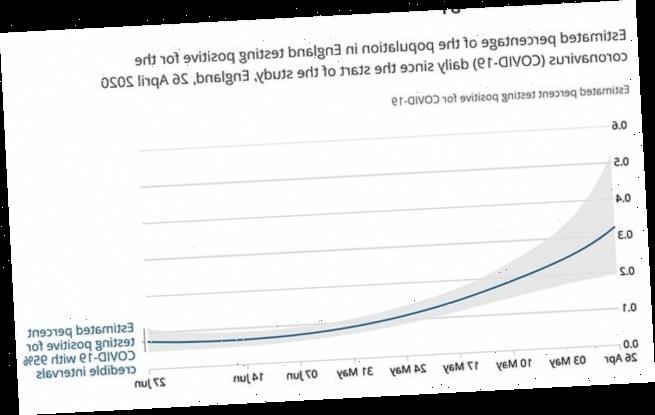 Top scientists have accused the British Government of ‘giving up’ on trying to stamp out the coronavirus and said the country must keep going with lockdown.

It said the ‘failing’ NHS Test and Trace system is holding the country back and releasing lockdown too soon in England will prevent the virus from being eliminated.

The UK is at a ‘crucial point in its efforts to deal with the Covid-19 pandemic’, the report warned, and it argued the Government is going in the wrong direction.

Accusing officials of pursuing ‘manageable’ levels of infections and deaths, rather than trying to get rid of the coronavirus completely, the scientists said the prospect of thousands more people dying of Covid-19 was ‘unacceptable’.

They called for officials to slow down the reopening of the country – rules in England were relaxed even further on Saturday to allow pubs to open again and people to stay round each others’ houses – and to continue to stick to stricter rules.

Officials in Scotland have resisted pressure to reopen in line with England and are now within arm’s reach of eliminating Covid-19, the scientists said.

But researchers not involved with the report said it was thin on detail, did not take the economic damage into account and was ‘extremely ambitious’. 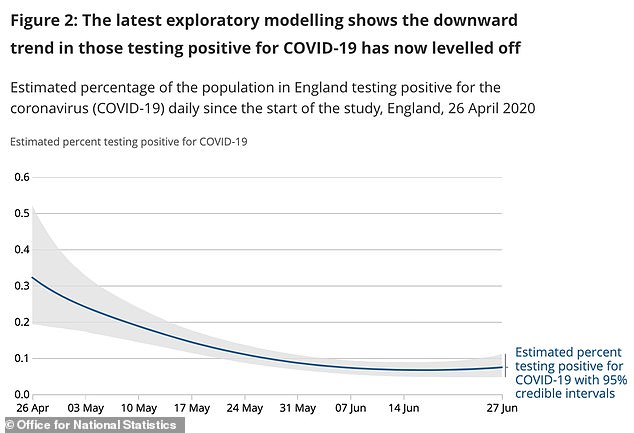 Data from the Office for National Statistics showed that after weeks of dramatic falls in the number of people catching the coronavirus in England, the rate of infection levelled off towards the end of June 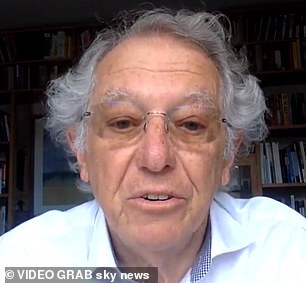 The Independent SAGE group is named after SAGE, the Scientific Advisory Group for Emergencies, but does not work with the Government, which its counterpart does.

Its committee of experts openly offer their own take on currently available science to suggest what officials should be doing.

In today’s report, Independent SAGE said: ‘We fear that the government has given up trying to control the pandemic further and is hoping that by reacting to local outbreaks as and when they happen (e.g. the current Leicester lockdown), it can keep levels of infection at what they regard as a “manageable level”…

‘Independent SAGE believes that this is not acceptable, that we should not give up.

‘Thousands of lives could be saved over the next year by a renewed effort to further suppress the virus.

‘The UK strategy should have at its heart a commitment to fully control the disease and to move towards elimination as soon as possible.’

The group said China and New Zealand appeared to have come as close as possible to completely eliminating the virus.

And they argued Britain could pursue the same aim by keeping each country or region of the UK locked down until the virus had disappeared there, emerging one by one.

There would also be a need for local lockdowns when outbreaks appeared, and international and cross-country travel would have to be restricted.

The NHS is bracing itself for a second wave of Covid-19 later this year, its chief executive Sir Simon Stevens said on Sunday.

Health bosses are already preparing for a resurgence of sick patients and say the ‘biggest ever’ flu vaccination programme will be needed to keep hospitals running.

NHS chiefs feared in March that their hospitals would be overwhelmed with a staggering two million coronavirus patients, 660,000 of whom could have needed intensive care.

Scenes of patients in corridors in hospitals in northern Italy petrified officials in Britain who threw all their efforts into efforts to protect the NHS.

In reality far fewer Covid-19 patients needed hospital care – a total of 128,737 people have been admitted to wards with the disease so far, with the majority recovering.

But experts say the pandemic is far from over, and many more people are expected to catch the virus in future and regular localised outbreaks are unavoidable.

Even now, when the virus is at its lowest point for at least four months, up to 3,600 people in England are still catching the coronavirus every day.

Plans are already emerging to vaccinate everyone over the age of 50 – those most at risk of becoming seriously ill with Covid-19. The jab doesn’t protect against coronavirus but reduces the risk of someone being hospitalised with flu and using up NHS resources.

Speaking on the BBC’s Andrew Marr Show, Sir Simon said ‘yes’ the NHS is preparing for a second wave of Covid-19.

‘It is entirely possible that there will be [a second wave],’ he said, ‘particularly if it is coexistent with flu.

‘The risk is that many of the symptoms are interchangeable so one of the things that we clearly need is a very rigorous testing and tracing service available, the ability to give early warnings to hospitals where there are those local increases, and I think we’re going to need the biggest ever flu immunisation season we’ve ever had.

‘We don’t know yet whether there will be a Covid vaccine available in time for winter.’

And most importantly, the report said, politicians should stop trying to move out of lockdown so quickly.

Last Saturday – dubbed ‘Super Saturday’ – pubs and restaurants in England reopened for the first time in three months and people were allowed to meet in small groups indoors.

It was one of the biggest relaxations of lockdown rules so far and marked a step change in the effect the virus is having on the country.

The group said achieving elimination would allow the country to fully reopen all schools and workplaces and sports centres, but only once data showed there were fewer than one case of Covid-19 per million people per day.

It said England and Wales would have to change their plans to achieve this, but added: ‘The Republic of Ireland, Scotland and Northern Ireland already have very few deaths and very small numbers of new positive cases. They have the virus under control and are well placed to achieve elimination of the virus.’

Dr Stephen Griffin, a medicine professor at the University of Leeds, was not involved with the report but said: ‘The report and plan put forward by independent SAGE represents a clear way forward for UK, and in particular England, to escape from the present limbo in which we find ourselves.

‘The tail of our ongoing epidemic is considerable, and will cause unnecessary, preventable suffering and death over the coming months.

‘Whilst economic considerations are clearly behind the ongoing relaxation of lockdown measures, the prospect of protracted lockdown cycles will represent far greater cost.

‘Several examples of countries around the world show us that elimination is a viable strategy for controlling SARS-COV2, and Scotland appears to be on a similar path.

‘Whilst we have endured a dreadful outbreak and the path back to normality will be proportionately challenging, ultimately we are an island and control of this disease should be achievable as a result.’

Other experts, however, were not as convinced by the Independent SAGE report.

Some argued it had oversimplified what it would take to completely get rid of the coronavirus in the UK.

Professor Keith Neal, an epidemiologist at the University of Nottingham, said:

‘Reducing the number of cases to as low as possible should be the aim. Elimination has distinct advantages but it does not mean that the problem is solved.

‘China enforces a strict supervised quarantine with state control not possible in the UK and New Zealand has fewer international travellers than most western countries for their population size and these are being quarantined.

‘For the UK our proximity Europe and dependence on lorries for food means that we are not an island.

‘We cannot quarantine every truck driver and if we don’t we risk re-introduction unless Europe is also Covid-19 free and then the question is which bit of Europe is treated as a single Covid-19 free area.’

He added that the NHS Test and Trace system, which Independent SAGE said was ‘failing’, relies on members of the public taking part in it.

Professor Neal added: ‘The document claims that the national test track and trace has failed but the biggest failure so far is that 25 per cent of cases who have arranged a test do not answer the phone.

‘This simply won’t be sorted by a local system ringing the cases as those not answering will not answer the local people either.’

He said that while elimination would be ideal, damage to the economy was a genuine consideration to be weighed up against the impact of the virus.

Professor Woolhouse said: ‘Given the enormous challenge of achieving elimination the key questions are “how long would elimination take?” and “how much additional damage would be done by extending the lockdown for that period?”. 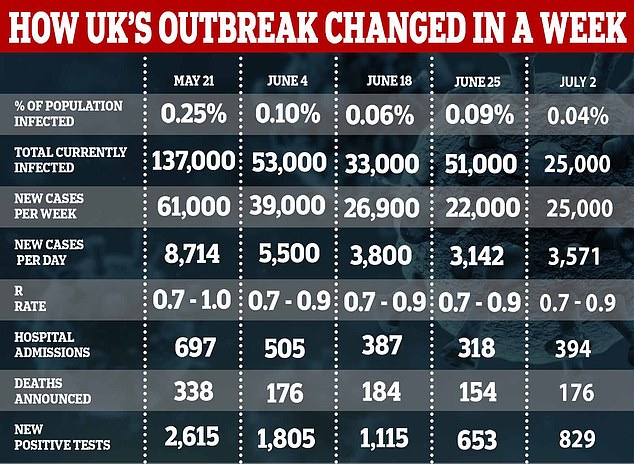 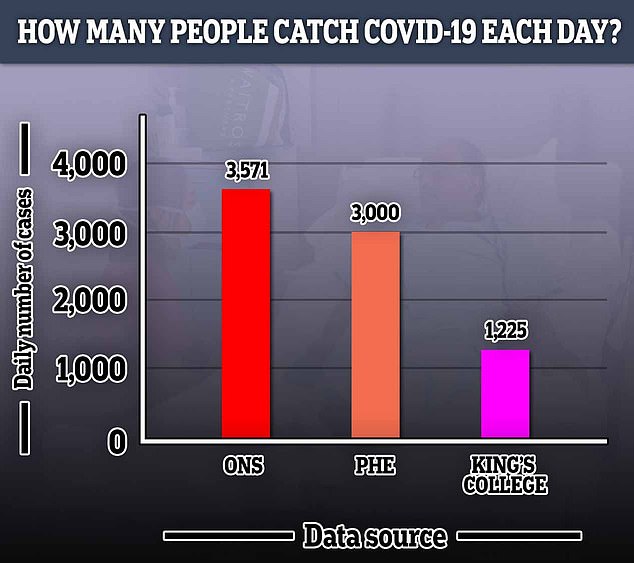 ‘Before an elimination strategy is attempted it would be sensible to have answers to those questions. The Independent SAGE report does not provide them.

‘The long term vision of the elimination strategy is equally unclear. There is no prospect of eradicating COVID-19 from the whole world in the foreseeable future.

‘Even with a highly effective vaccine, this would be a huge challenge. So we may arrive at a position where regions of the world (small or large) have achieved elimination or something close to it, but the remainder have not…

‘We need to think very carefully before embracing any COVID-19 response strategy that could result in more long term damage than can be justified by the public health gain.’

The Independent SAGE report called for the British Government to lay out its long-term plan for coping with Covid-19. 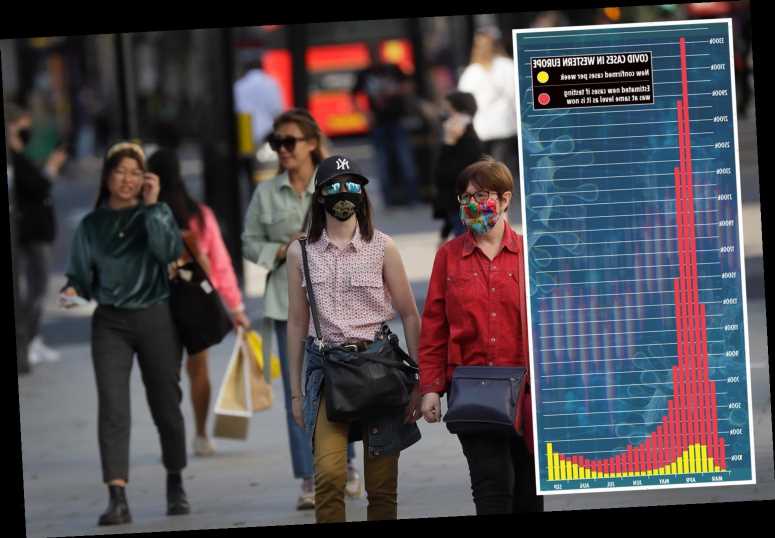 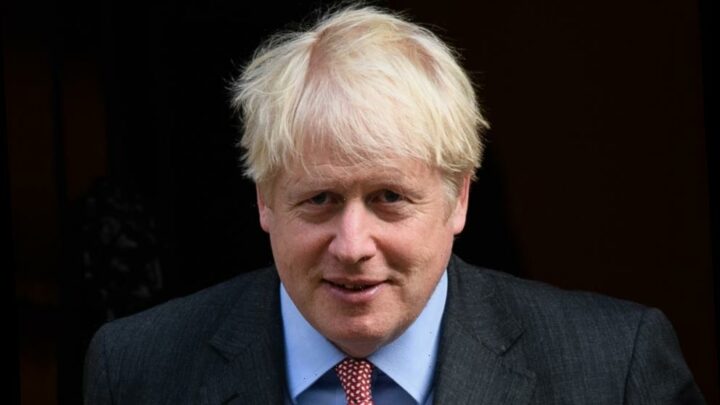 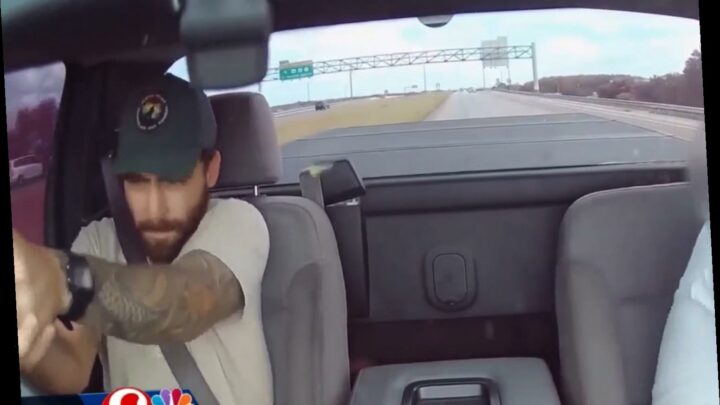