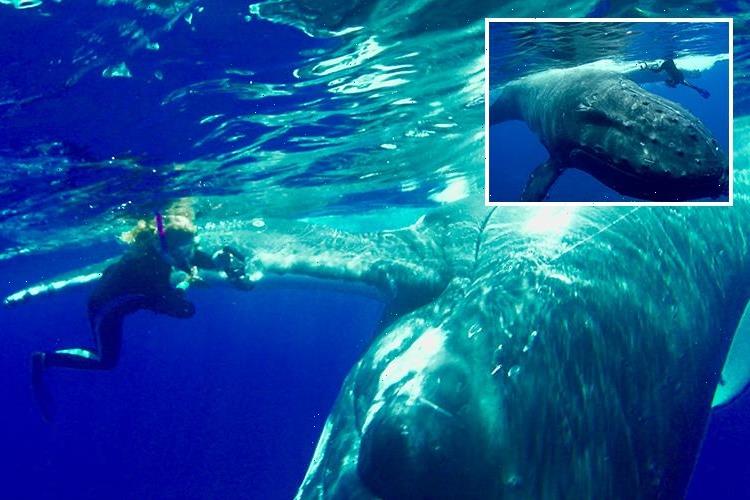 THIS is the heart-stopping moment a 50,000-pound humpback whale used its fin to shield an unsuspecting snorkeler from a nearby SHARK.

The stunning video and images show how the whale pushed whale biologist Nan Hauser with its head, tucked her under its pectoral fin, and even lifted her out of the water. 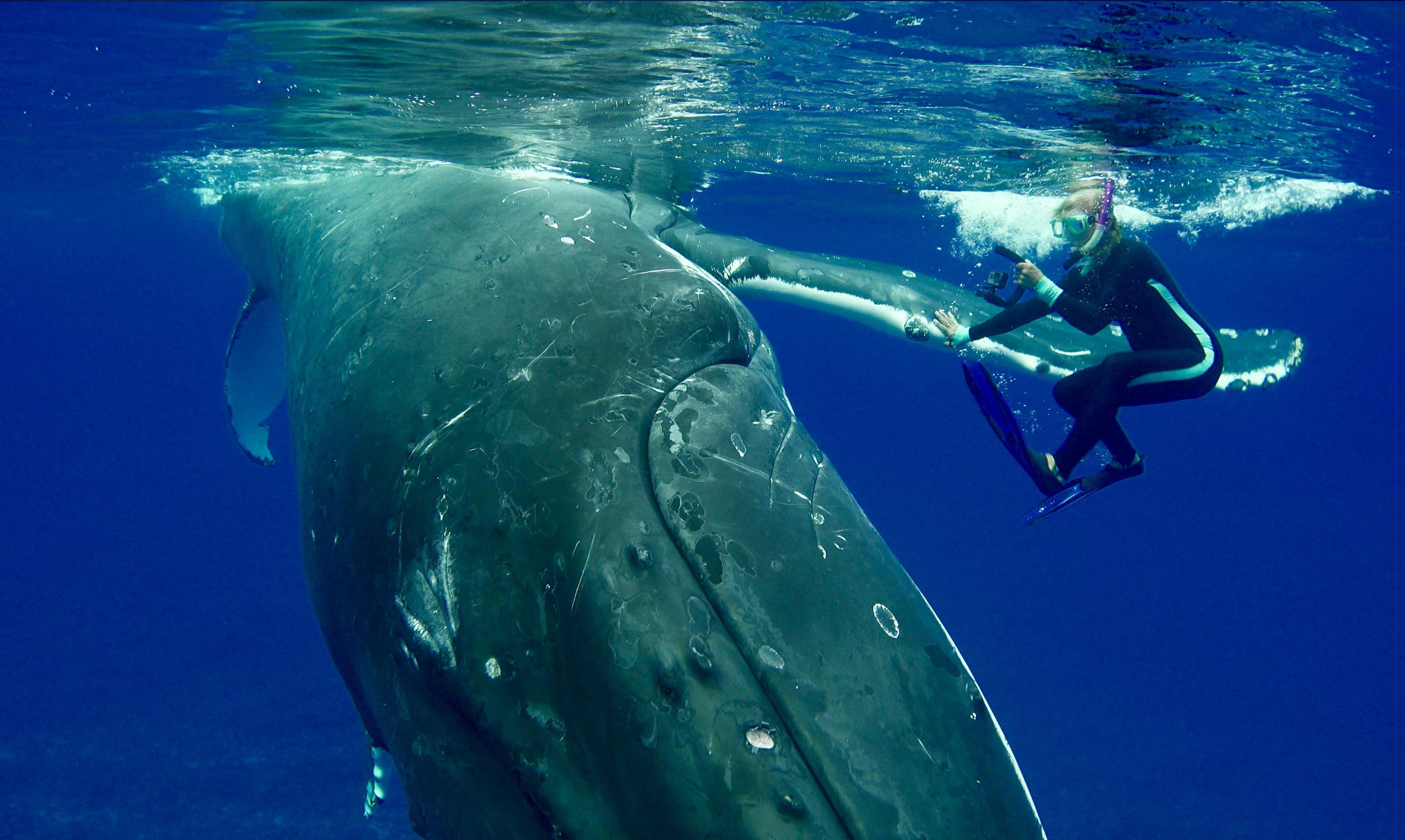 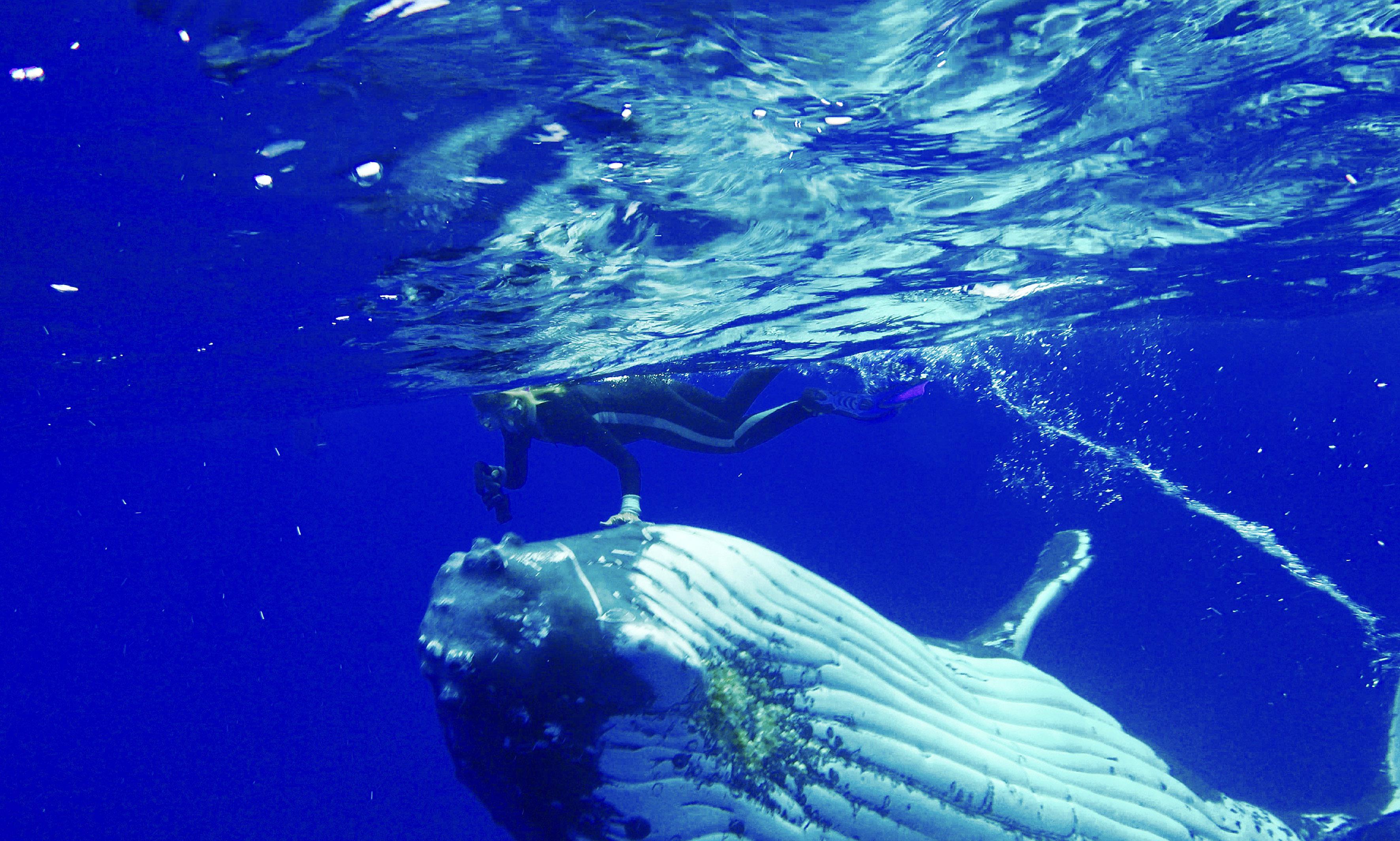 Out of shot, another whale was persistently slapping its tail to keep the shark away from Nan.

When Nan did see the shark, she initially thought that it was another whale – until she noticed its tail moving from side to side, like a shark, instead of up and down.

As Nan returned to the safety of the boat, in the waters off Muri Beach, Rarotonga, the Cook Islands, in October, the whale even surfaced to check on her.

She said the incident is proof of whales' nature to protect other species of animal – including humans – and believes an event like it has never been captured on film.

Nan, who lives on the Cook Islands, said: "I wasn't sure what the whale was up to when he approached me, and it didn't stop pushing me around for over 10 minutes." 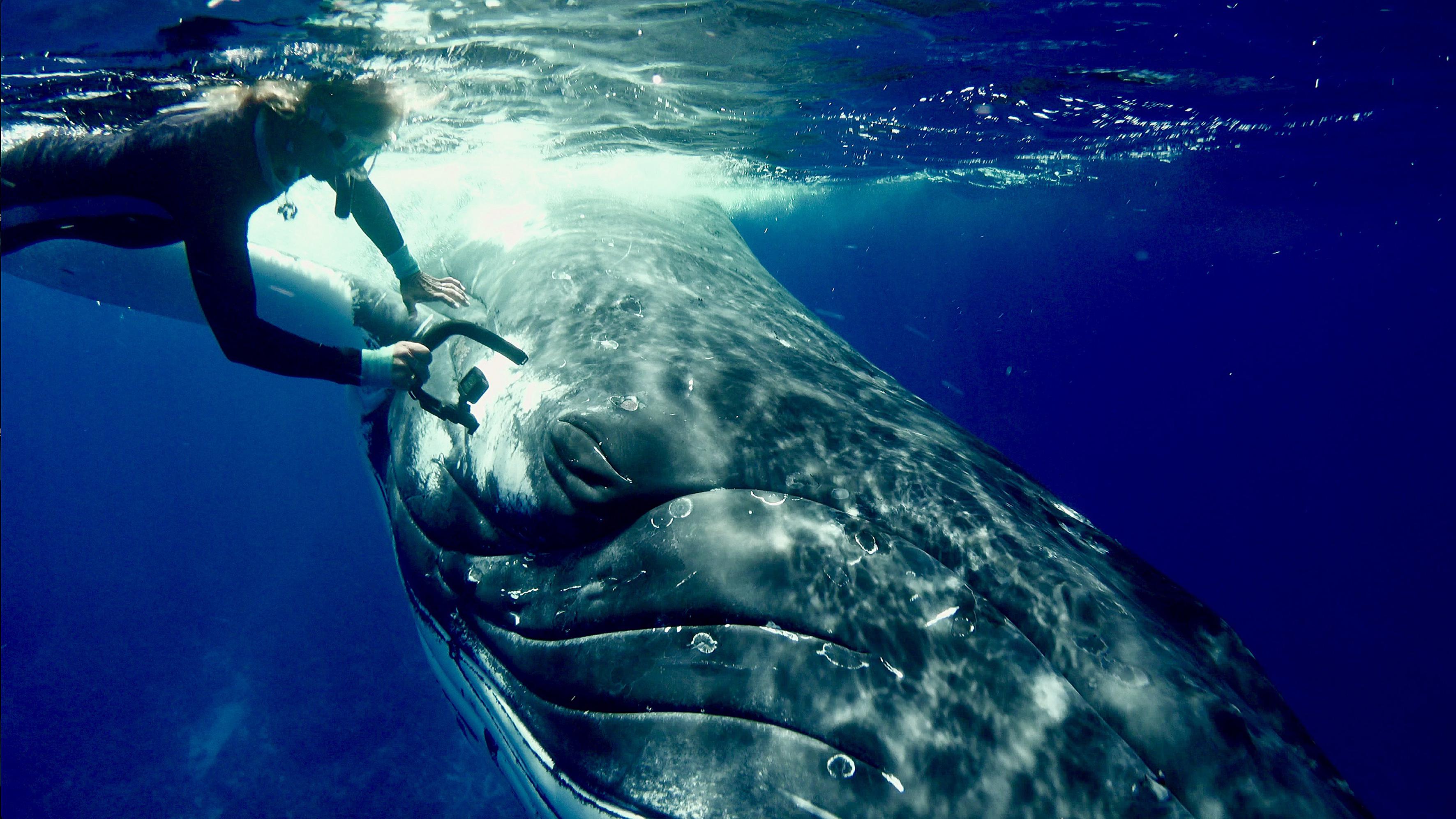 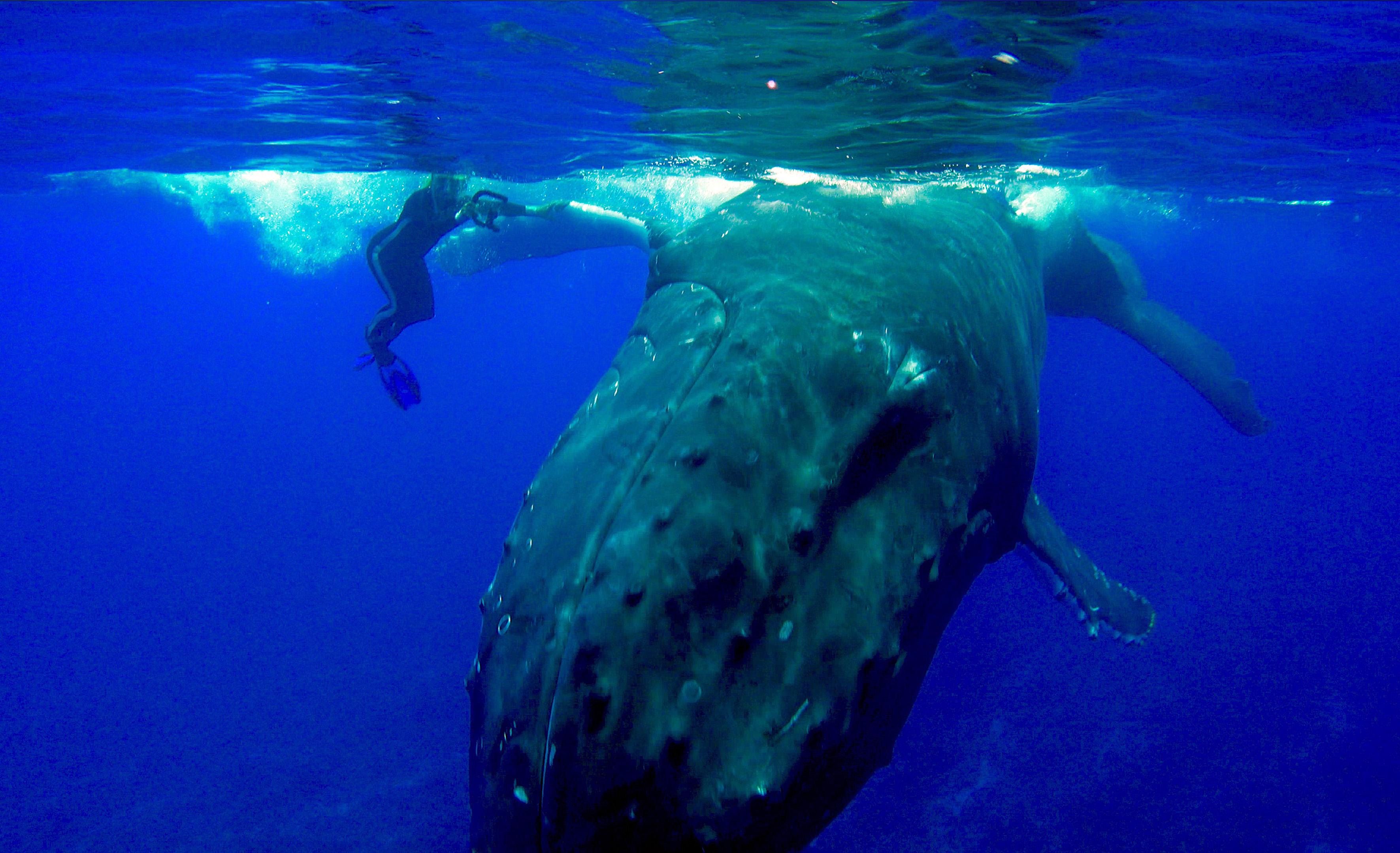 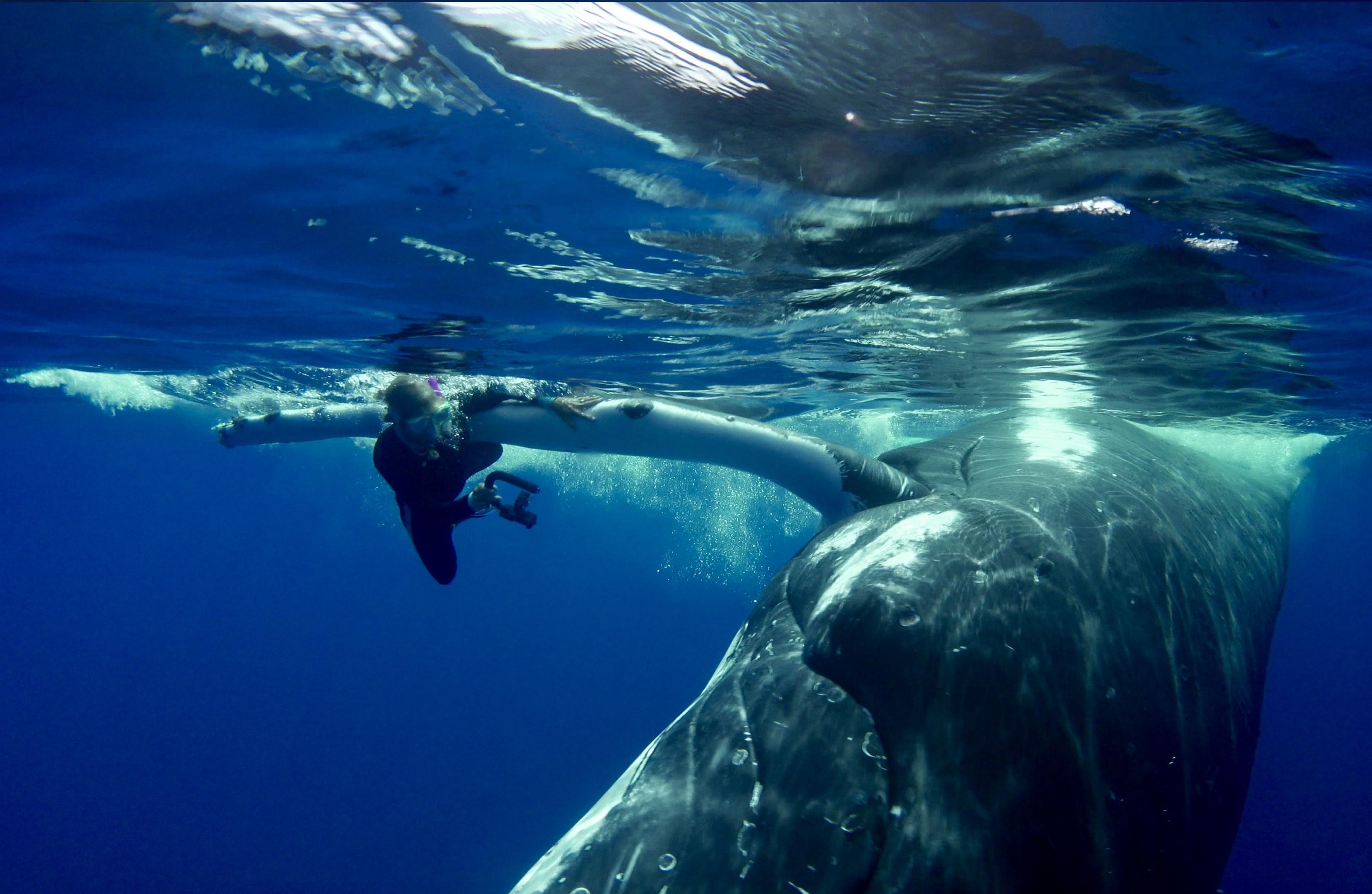 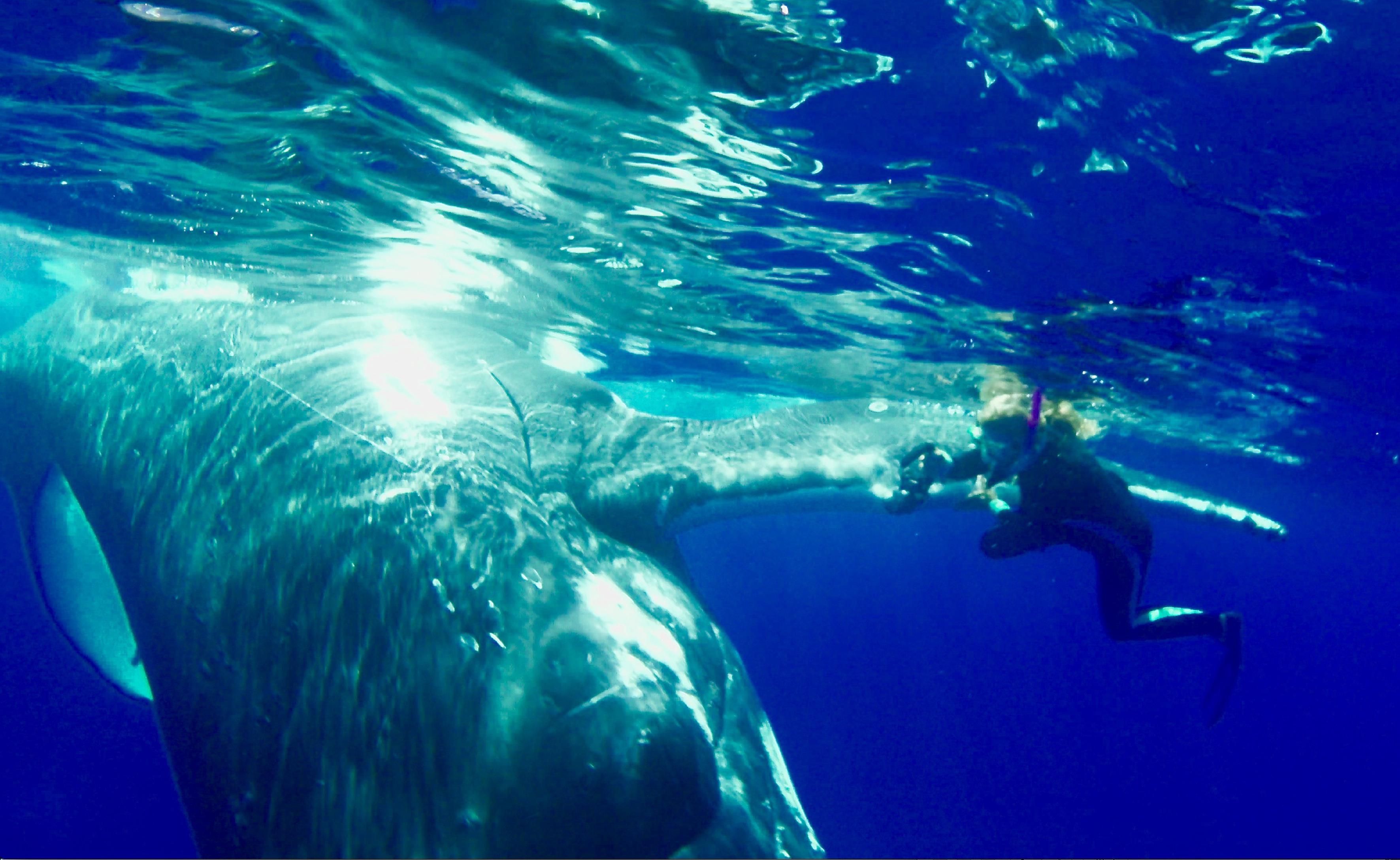 She added: "It seemed like hours. I was a bit bruised up.

"I've spent 28 years underwater with whales, and have never had a whale so tactile and so insistent on putting me on his head, or belly, or back, or, most of all, trying to tuck me under his huge pectoral fin.

"I tried to get away from him for fear that if he rammed me too hard, or hit me with his flippers or tail, that would break my bones and rupture my organs." 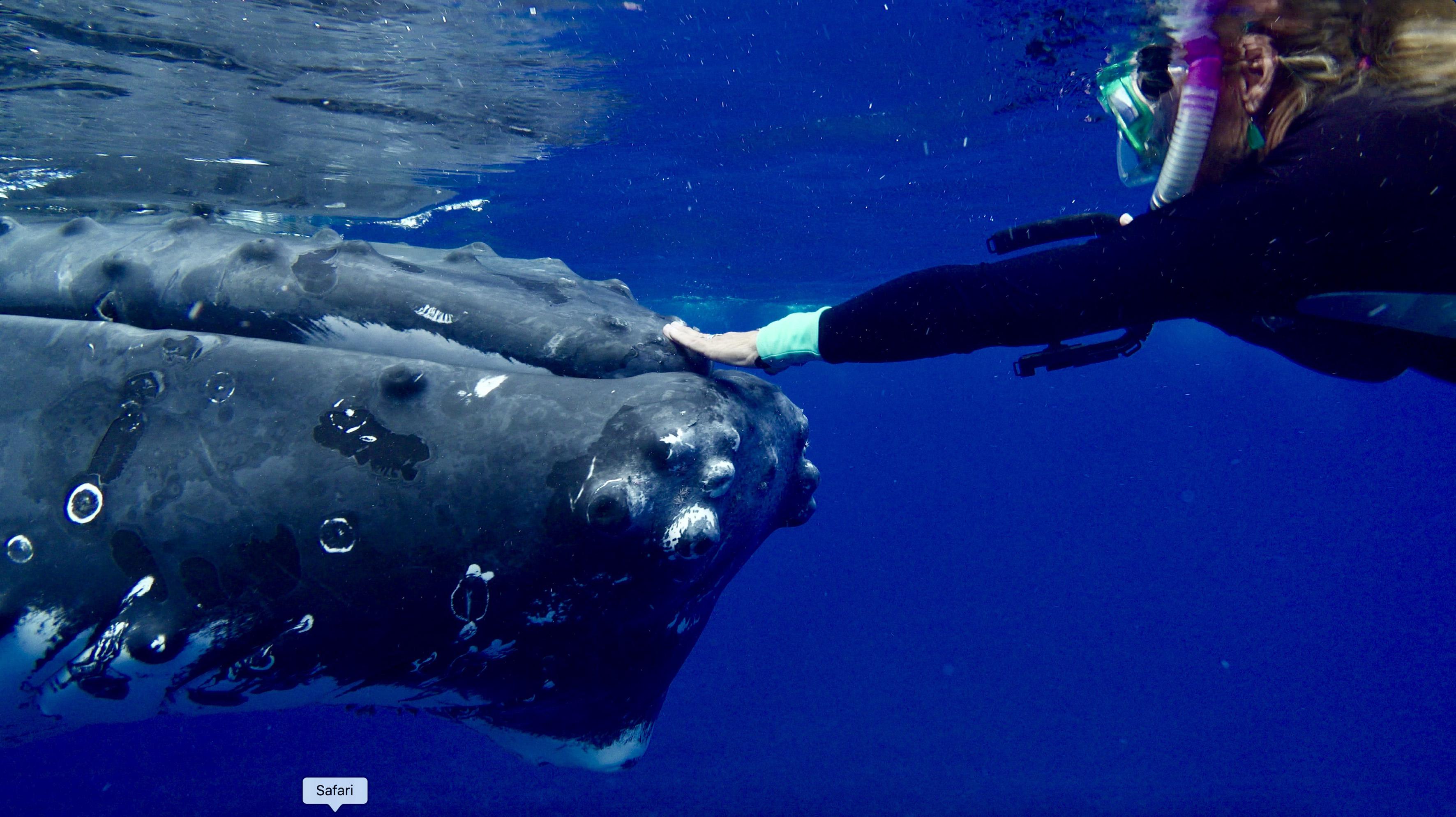 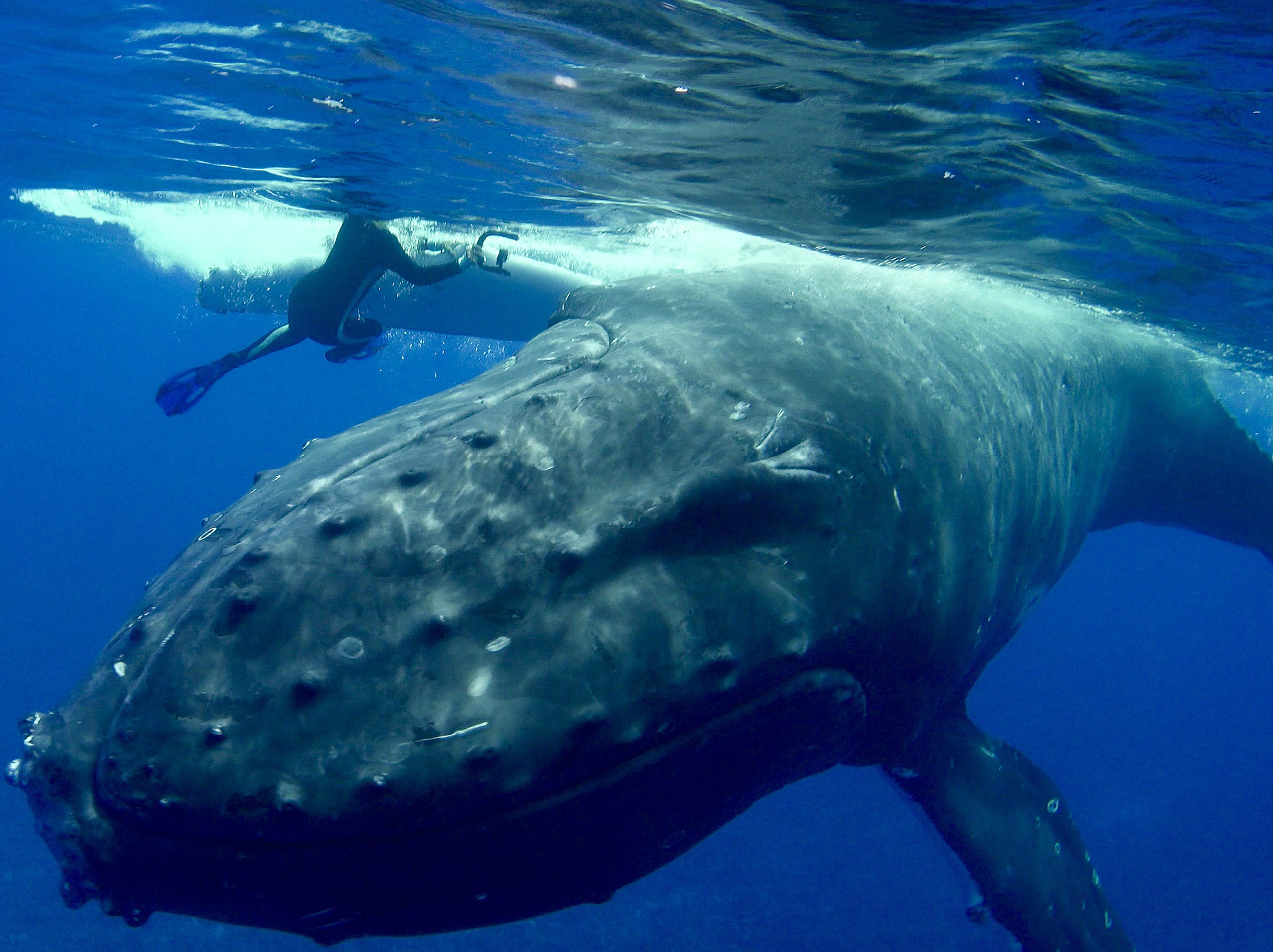 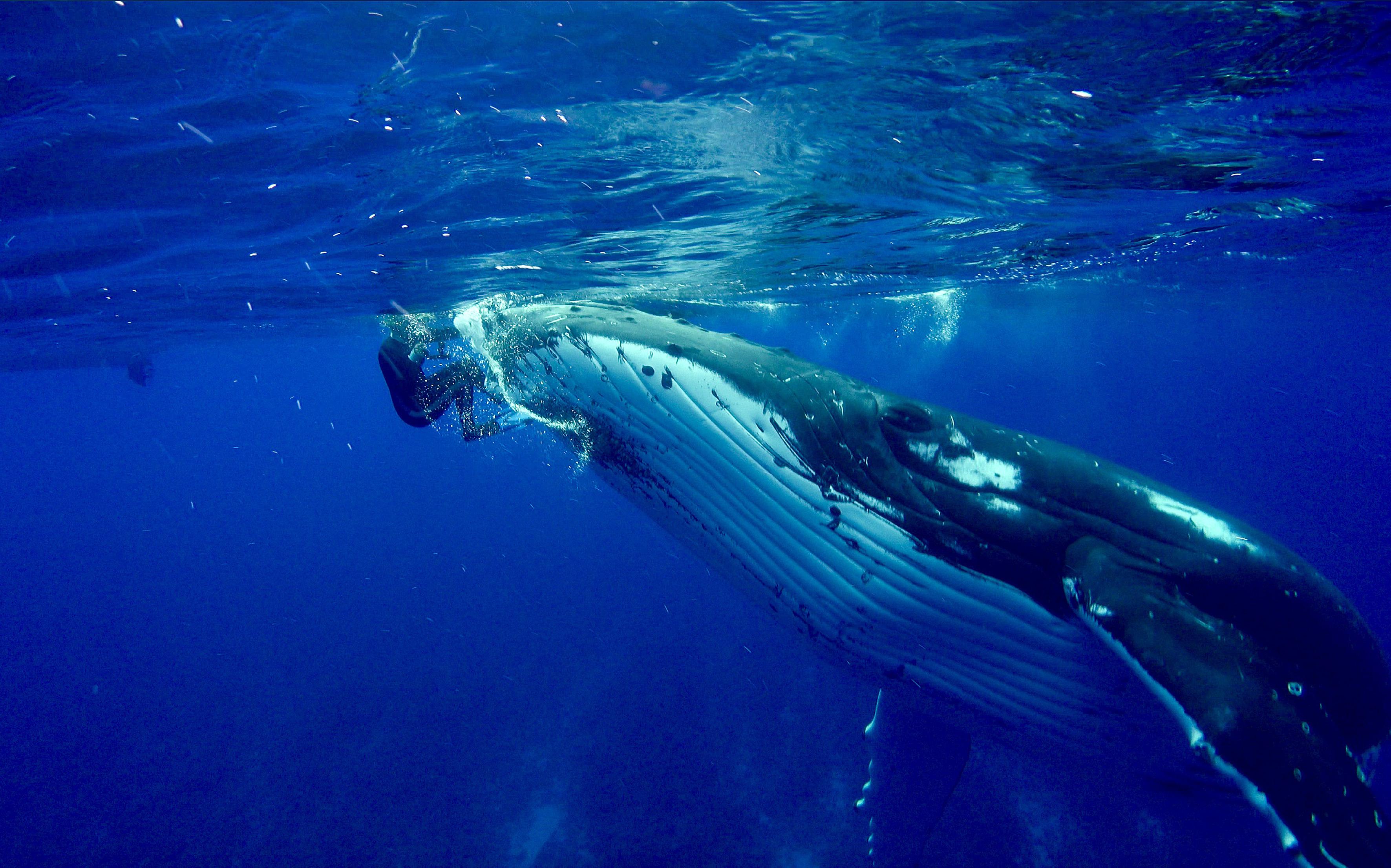 She added: "If he held me under his pectoral fin, I would have drowned."

"I didn't want to panic, because I knew that he would pick up on my fear.

"I stayed calm to a point but was sure that it was most likely going to be a deadly encounter.

"I feel a very close kinship with animals, so despite my trepidation, I tried to stay calm and figure out how to get away from him.

"I never took my eyes off him which is why I didn't see the shark right away."

Though the footage shows the whale biologist making contact with the giant mammal, touching these animals is something that Nan is very strict about never encouraging; the whale was the one forcefully making direct contact with her, she said.

Nan added: "I never touch the whales that I study unless they are sick or stranded on the beach.

"In my head, I was a bit amused since I write Rules and Regulations about whale harassment – and here I was being harassed by a whale."

Nan had never seen the whale before she entered the water that day, and the biologist believed at the time that the whale's actions meant that it was trying to tell her something."

The cameraman who filmed the encounter nearby had never filmed whales before, either, so was unaware that the behaviour was unusual.

On Nan's nearby research vessel, however, her team was concerned for her safety, abandoning their drone footage because, as Nan said, they "did not want to film my death."

Nan had heard of the altruistic behavior of humpback whales before – protecting their young, other species of whales, seals, and dolphins – but scientists have never seen humpbacks actually protecting humans.

Nan had never experienced such an event in person with a humpback, or seen footage in the past 28 years of studying whales.

For over 10 minutes, Nan said, she was focused on the whale, unaware of the shark nearby.

The biologist now hopes to share the footage that she and her team were able to capture, in order to expand research and awareness of such actions from whales.

Nan said: "There is a published scientific paper about humpbacks protecting other species of animals by Robert Pitman.

"They hide seals under their pectoral fins to protect them from killer whales."

"They truly display altruism – sometimes at the risk of losing their own lives."

This is the first documented case where a humpback whale has protected a human from a huge tiger shark, Nan said.

"Other fishermen and divers have seen this same shark nearby the reef and say that it is as big as a pickup truck.

"It's funny how the tables are turned here: I've spent the past 28 years protecting whales, and in the moment, I didn't even realise that they were protecting me!"