Home » World News » ‘I’m from here’: Settling on a place to call home

‘I’m from here’: Settling on a place to call home

Here’s the thing, when you look like me and live in Australia no one assumes you’re from “here”. Whatever “here” is. With my brown skin and my different name the question that comes up – but these days often goes unasked – is the cliched “so, where do you come from?”

When I first moved to Sydney as a child in the early ’90s people were more forthright in asking – where are you from? The number of times I got asked that meant I had my answer down pat. Yes, I was born in Pakistan and so were my parents.

But as time went by, the weariness around the question grew, not just for me but for many like me. Because it wasn’t just the fact that being asked such a question made it abundantly clear to the person being asked that we were clearly not considered “Australian” but that the question itself brought up a philosophical conundrum – what does being from somewhere even mean? 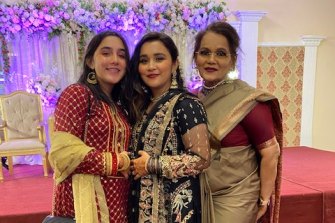 At present, I’m back where I came from – the city of my birth, Karachi, Pakistan. Outside my window the hum of traffic never stops. The sirens of ambulances run by the Edhi charity urgently blare, competing with the incessant beeping horns from motorbikes, rickshaws and cars. It’s been 15 years since I last visited this country and while some things have changed – including the advancement of internet availability and social media – many things have remained the same: the dusty pollution, the interruption to electric power that means at any given moment all the lights and appliances can stop, the chaos on the streets, the child poverty that makes your heart clench.

I left when I was four. I’ve lived in several cities since, including London and parts of the Middle East. Sydney, however, has been where I’ve spent most of my life. But my passport will always state my city of birth as Karachi, my skin and facial features will always tie me to this region of the world. But does that mean I’m from here? 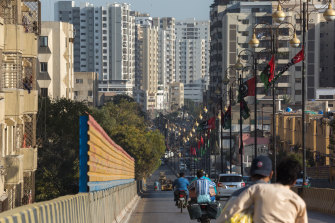 The city of Karachi in Pakistan.Credit:Bloomberg

Over dinner, my father tells me Karachiites like to do three things and that’s eat, talk politics and gossip about each other. I mention the chai, but he waves it off, that of course is a given. You get offered chai more than water. The chai I drink in this city hits the pleasure centre of my brain, the strong concoction is the tea I know and love. The food, though so very tasty, has the opposite effect. As usual, I’ve succumbed to stomach upsets. It seems an apt metaphor for how I feel about being in this city – there’s both pleasure and pain.

But not once has anyone asked me where I’m from. It’s accepted, I’m from Pakistan, they can see it in my face.

For me, however, Karachi isn’t home. Most of my life I’ve struggled with the idea of home. I’ve moved around so much, lived in so many cultures, what does home even mean? The concept of being from somewhere for third culture kids like me doesn’t resonate. Or it didn’t till recently.

The laying down of roots happens without you even realising it. When I arrived back in Sydney a decade ago, having spent much of my 20s overseas, I assumed I would be here for only a couple of years before moving on to somewhere else. But having children made me stop. Children I came to realise need stability and once they start going to daycare/preschool/school you become anchored to one place. The longer I stopped and stayed in Sydney, the more I came to realise that perhaps more than any other city, this one was closest to my heart.

So even though I’m now back where I came from, it’s not perhaps where I think I’m from. Here in Pakistan, unprompted I often say to strangers who don’t know me, I live in Sydney. It’s home.